Saudi Arabia has claimed Jamal Khashoggi’s killers have been ‘brought to justice’ after describing the murder as a ‘heinous crime’ and ‘unfortunate accident’.

The head of the Kingdom’s human rights commission refused to name any of those it said was involved – but insisted they had not been subjected to torture.

Saudi Arabia was ‘horrified’ by the writer’s killing in Istanbul on October 3 last year but will continue to reject any international role in the probe, Bandar bin Mohammed Al-Aiban told the UN Human Rights Council.

Those accused of the ‘heinous crime’ and ‘unfortunate accident’ at its Istanbul consulate had attended three hearings so far with their lawyers present, he said.

‘Therefore what is being conveyed by certain media regarding the need for us to internationalise some of these matters is something we do not accept because such demands amount to interference in our domestic affairs and in our domestic judicial system,’ he told the Geneva forum. 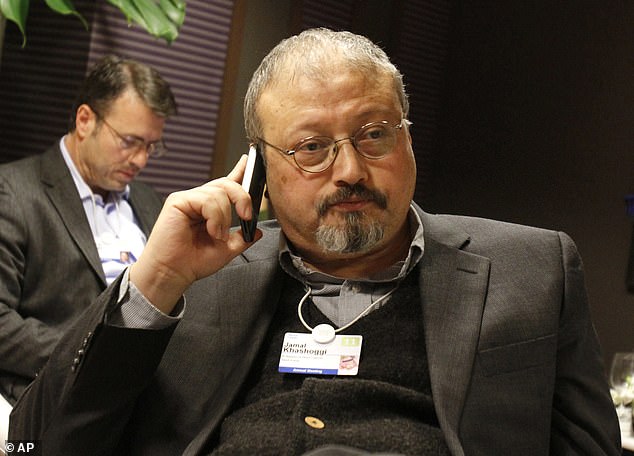