Sanaa, Yemen: An airstrike by the Saudi-led coalition hit a wedding party in northern Yemen, killing at least 20 people including the bride, health officials said on Monday, as harrowing images emerged on social media of the deadly bombing, the third to hit Yemeni civilians since the weekend.

Khaled al-Nadhri, the top health official in the northern province of Hajja, told the Associated Press that most of the dead were women and children who were gathered in one of the tents set up for the wedding party in the Bani Qayis district. He said the bride was also among the dead. 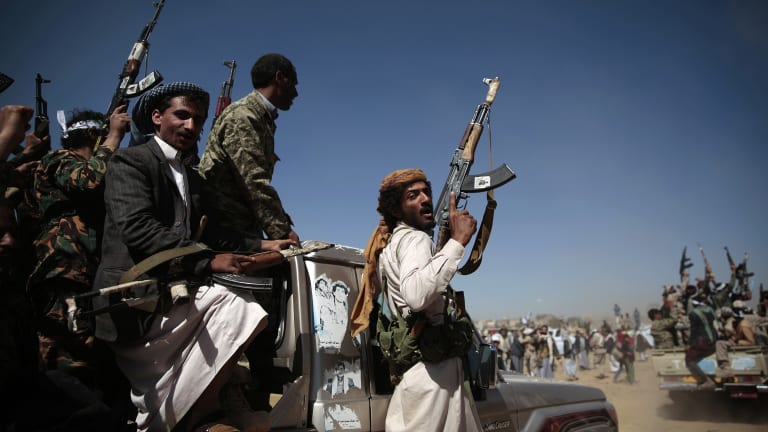 A Saudi-led coalition has been battling Iran-allied Shiite rebels known as Houthis since 2015 in a stalemated war that has killed more than 10,000 people.

Later on Monday, the rebels said the official considered the head of state for the territories under their control was killed in a coalition airstrike. The rebels' Supreme Political Council said Saleh al-Samad was killed in the coastal Hodeida province on Thursday.

"We consider the so-called forces of aggression, especially America and Saudi Arabia, responsible for killing of Samad and all the consequences of this crime," Abdul-Malek al-Houthi, the leader of the rebels, said.

He said Samad was killed on a road with six companions after meeting with local officials. Mahdi al-Mashat, a former fighter who until now directed al-Houthi's office, was elected as a successor.

After the wedding strike, which took place late on Sunday, the groom and 45 of the wounded were brought to the al-Jomhouri hospital, said the facility's manager, Mohammed al-Sawmali. Health authorities called on people to donate blood.

Ali Nasser al-Azib, deputy head of the hospital, said 30 children were among the wounded, some in a critical condition with shrapnel wounds and severed limbs.

Footage that emerged from the scene of the airstrike shows scattered body parts and a young boy in a green shirt hugging a man's lifeless body, screaming and crying.

Health ministry spokesman Abdel-Hakim al-Kahlan said ambulances were initially unable to reach the site of the bombing for fear of subsequent airstrikes as the jets continued to fly overhead.

It was the third deadly airstrike in Yemen since the weekend. An airstrike on Sunday night hit a house elsewhere in Hajja, killing an entire family of five, according to al-Nadhri.

On Saturday, at least 20 civilians were killed when coalition fighter jets bombed a bus carrying commuters in western Yemen, near the city of Taiz, which has been locked in fighting for three years.

The Saudi-led coalition has declined to comment on the strikes. 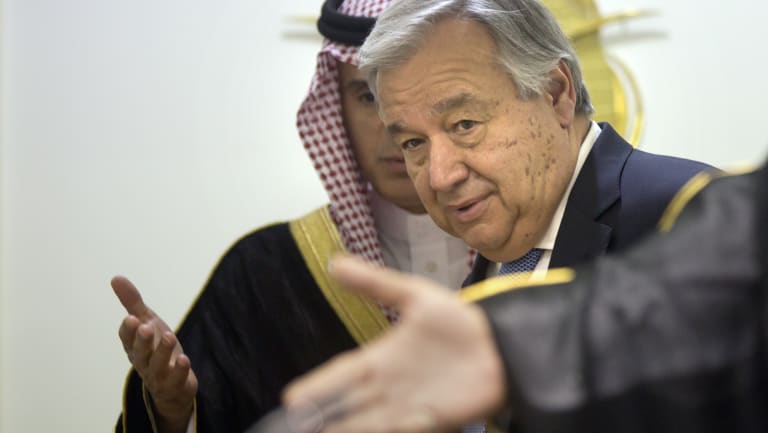 UN Secretary-General Antonio Guterres strongly condemned the airstrikes on the wedding party and on civilian vehicles in Taiz and reminded all parties of their obligations under international humanitarian law to protect civilians in armed conflict, UN spokesman Stephane Dujarric said.

The UN chief called for "a prompt, effective and transparent investigation," Dujarric said.

According to the independent monitor Yemen Data Project, a third of the 16,847 airstrikes since the war started have hit non-military targets.

Over the past three years, more than 10,000 civilians have been killed and tens of thousands wounded, while over 3 million people have been displaced because of the fighting.

UN officials and rights groups have accused the coalition of committing war crimes and of being responsible for most of the killings. Airstrikes have hit weddings, busy markets, hospitals, and schools.

The Saudi-led coalition blames the Houthis, saying they are using civilians as human shields and hiding among the civilian population. The United States and European countries have also been criticised and accused of complicity in the coalition's attacks in Yemen because of their support for the alliance. They are supplying the coalition with weapons worth billions of dollars.

Saudi Arabia meanwhile has faced a flurry of attacks by the Houthis, with the kingdom's defence forces saying they have intercepted missiles targeting the capital, Riyadh, and other cities, including two on Monday.

The Saudi Air Defense force said in a statement that it destroyed ballistic missiles in flight that had been fired into the Jizan region on the border from inside Yemen, without causing any damage. Houthi-run media said the rebels targeted an oil facility.