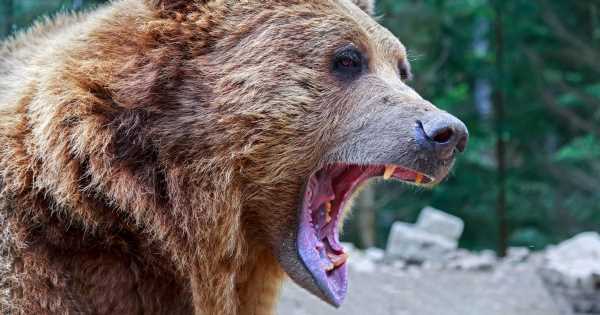 A man has been savagely mauled to death by a wild bear.

The unnamed 57-year-old's body was found lying face down in a forest in Slovakia with deep wounds to his face, throat, stomach and chest.

The victim disappeared after going for a walk in the forest near the village of Liptovska Luzna – about 118 miles north east from capital Bratislava – in the Low Tatras mountains, according to Slovak news outlet SME.

It is thought to be the country's first confirmed fatal attack by a brown bear in almost a century.

The country's bear population has exploded over the past two decades, soaring from fewer than 900 to about 2,760 last year, according to state forestry company Lesy Slovenske Republiky (LSR).

"An autopsy confirmed today that the man from Liptovska Luzna died from injuries caused by this predator," LSR posted on Facebook.

The forestry company has called for hunting wild bears to be legalised to deal with their growing numbers.

However, Slovakia's ministry of the environment warned against misusing the incident to remove existing bear protections, but urged hikers and tourist to be cautious when entering the forest.

It said five people had been attacked in the last year, but no one had been killed.

It added that they were hoping to track down which bear was responsible using DNA samples.

“Bear tracks could be seen all around,” an eyewitness told newspaper Nový Čas.

Slovakia is also home to wolves and lynxes.

An emergency response team has been set up in case brown bears start to lose their fear of humans.

The country's only recorded fatal bear attack is believed to have happened in 1927.