One man has died and at least eight people have been injured after a scaffolding collapse at a luxury hotel in Madrid.

The collapsed happened when a concrete deck fell and dragged scaffolding with it from the sixth-floor to a first floor of the the Hotel Ritz in the Spanish capital at around 4pm this afternoon.

A field hospital has been set up at the scene as part of a major accident response. 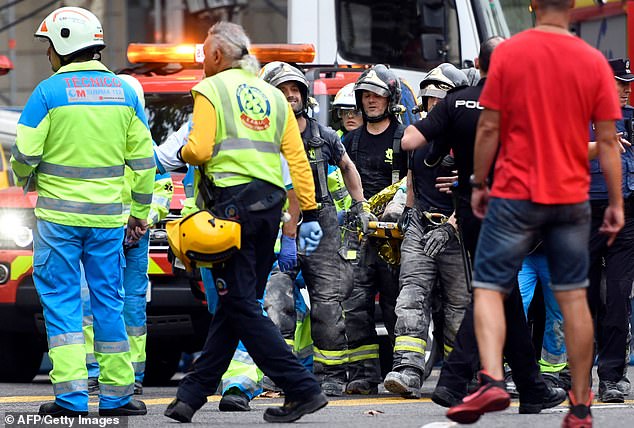 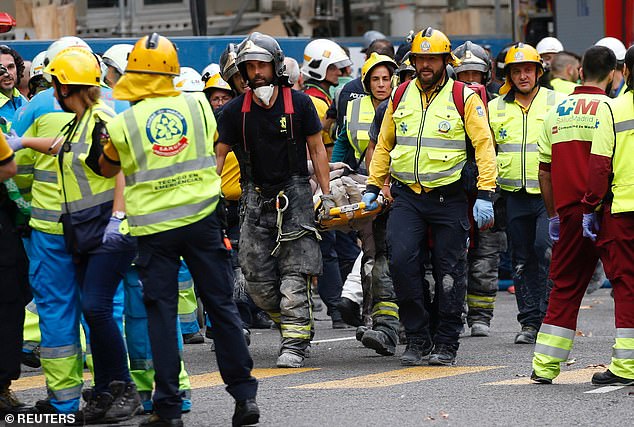 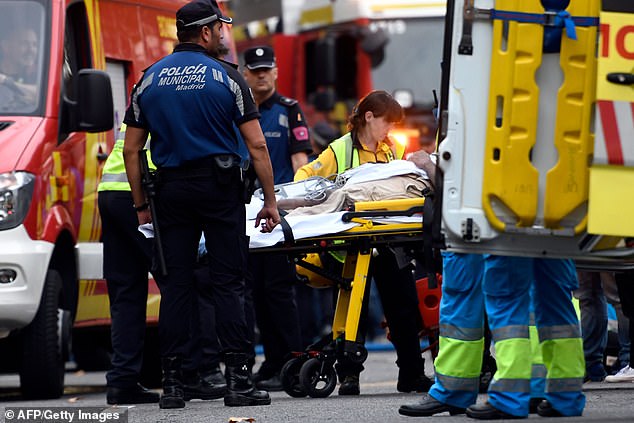 Rescue services are understood to be trying to reach several people trapped under iron and rubble.

Multi-million pound renovation work was going on at the hotel, which was closed at the end of February and was due to reopen at the end of next year.

The nationalities of the victims is not yet known, but all are thought to be workers involved in the building work.

A spokesman for a local emergency services coordinator confirmed: ‘Accident at the Ritz. 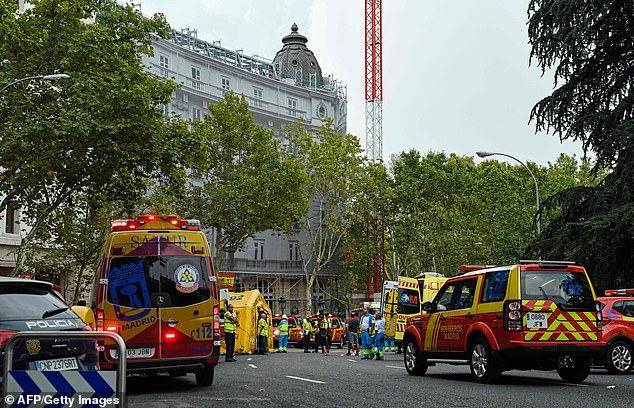 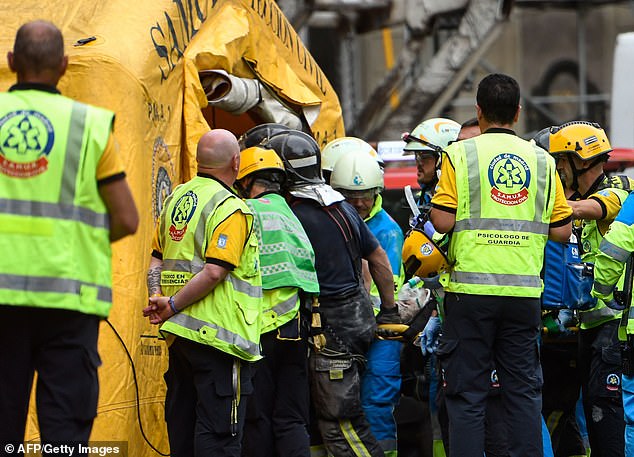 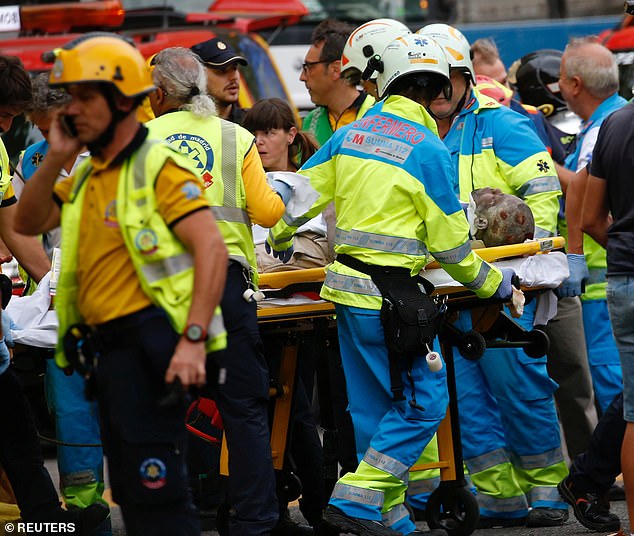 Firefighters are working inside to rescue people who are trapped. Medical teams are assisting the injured.’

A spokesman for another emergency response unit tweeted: ‘Scaffolding at the site of the renovation work has collapsed.’

One of the injured men is believed to be in a critical condition after suffering a broken skull and has been rushed to Gregorio Maranon Hospital.

A worker at a building opposite said: ‘We heard a huge crashing sound and when we got down to street level saw the ambulances arriving.’

Unconfirmed reports say the collapse may have occurred when a crane hit the scaffolding.

The Ritz was Madrid’s first luxury hotel and is currently owned by Hong Kong-based Mandarin Oriental. 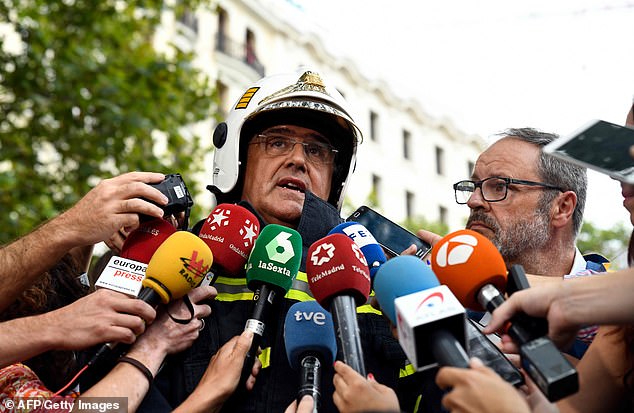