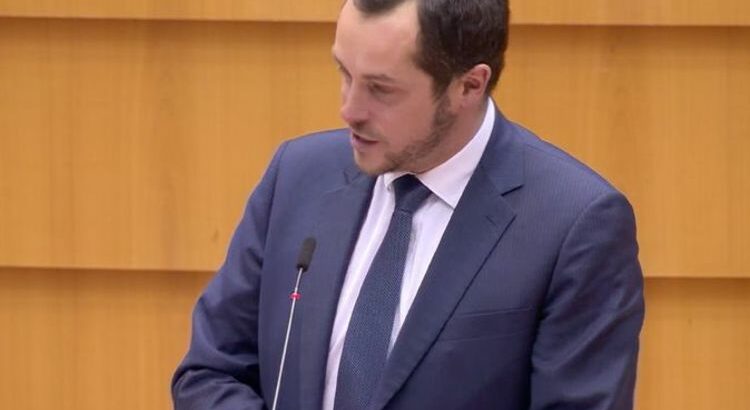 The General Secretary of the right-wing National Rally party blasted the European Union’s coronavirus vaccine rollout programme which has been held-up in rows with pharmaceutical companies over a lack of supplies. While speaking at the European Parliament’s plenary session on Wednesday, Mr Bay confronted the Commission President over the decision to threaten Northern Ireland with the triggering of Article 16 amid what he called an attempt by Eurocrats to pin their vaccination shortcomings on a “scapegoat.”

The ally of French Presidential hopeful Marine Le Pen, lambasted the “failure of technocrats” during a fiery rant over the EU vaccine crisis.

He said: “As always is the case with the failure of technocrats, looking for a scapegoat.

“But not just AstraZeneca, Ms von der Leyen you have decided to temporarily close the Northern Irish border with Ireland.

“And then you opened it but without really thinking about it much, the conflict. That is something your Commission has done.” 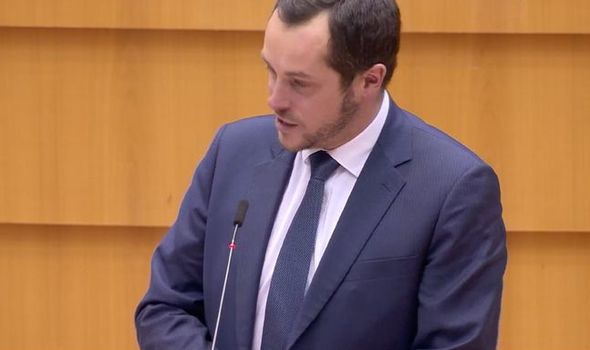