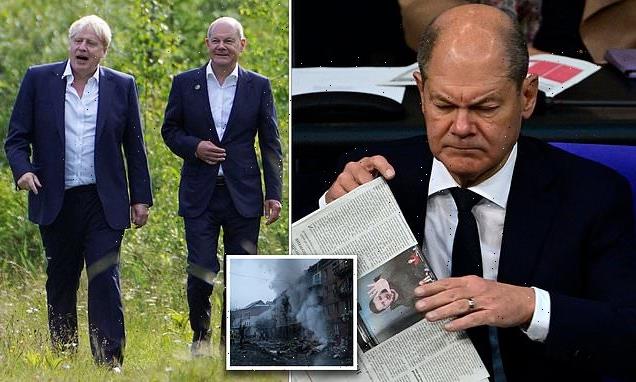 ‘He has his own relationship to the truth’: Germany’s chancellor Olaf Scholz blasts Boris Johnson over his remarks claiming Berlin wanted Ukraine to collapse in face of Russian invasion

Germany yesterday launched an extraordinary attack on Boris Johnson after he alleged Berlin wanted Ukraine to fold in the early days of the Russian invasion to avoid a long war.

The former prime minister was heavily critical of France, Italy and Germany in an interview with CNN, calling the countries’ initial response to the invasion ‘disastrous’.

In an astonishing briefing, a spokesman for German chancellor Olaf Scholz told the Daily Telegraph: ‘We know that the very entertaining former prime minister always has his own relationship to the truth – that’s no different in this case.’ 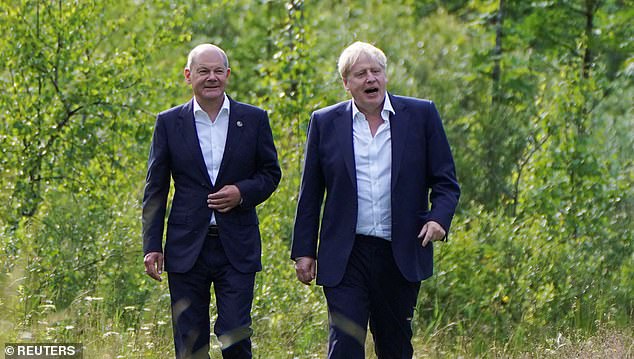 Former Prime Minister Boris Johnson called European countries’ initial response to Ukraine’s invasion ‘disastrous’ in an interview with CNN, saying that, if it were to happen, Germany at one stage preferred the invasion to ‘be over quickly and for Ukraine to fold’

‘Boris Johnson in the past has been very appreciative about Italy’s role in supporting Ukraine against the Russian invasion,’ the source said.

‘Mr Johnson did go on to praise the EU nations, highlighting tough sanctions the bloc had imposed on Russia. A spokesman for Mr Johnson declined to comment last night.

In the CNN interview in Lisbon, Mr Johnson said: ‘The German view was at one stage that if it were going to happen, which would be a disaster, then it would be better for the whole thing to be over quickly and for Ukraine to fold.

‘I thought that was a disastrous way of looking at it. But I can understand why they thought as they did.’

He also accused France of being ‘in denial’ about the possibility of Russian forces crossing into Ukraine and Italy of being too reliant on cheap fuel to take a hardline approach against Moscow.

French president Emmanuel Macron has been heavily criticised for pushing for diplomatic talks with Russian leader Vladimir Putin long after many Western nations believed it was impossible to negotiate. 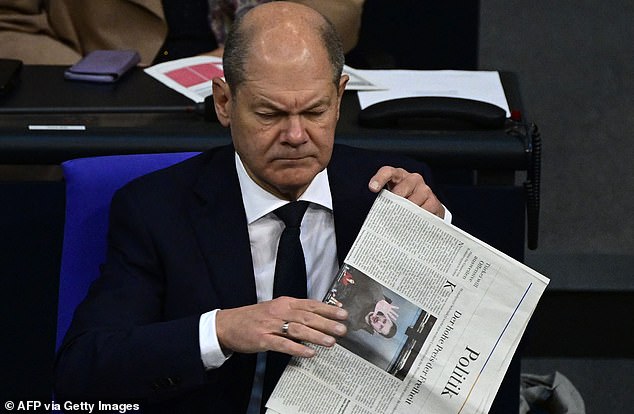 German chancellor Olaf Scholz hit out at Johnson over the comments, saying: ‘We know that the very entertaining former prime minister always has his own relationship to the truth – that’s no different in this case’

The head of France’s military intelligence, General Eric Vidaud, was also reportedly fired in March for failing to anticipate the invasion.

Meanwhile, Mr Draghi was accused of vetoing tough sanctions on Moscow in the early days of the war.

Mr Johnson continued: ‘What happened was everybody – Germans, French, Italians, everybody, Joe Biden – saw that there was simply no option because you couldn’t negotiate with this guy [Putin].’

‘The EU has done brilliantly. After all my anxieties… I pay tribute to the way the EU has acted. They have been united. The sanctions were tough.’ 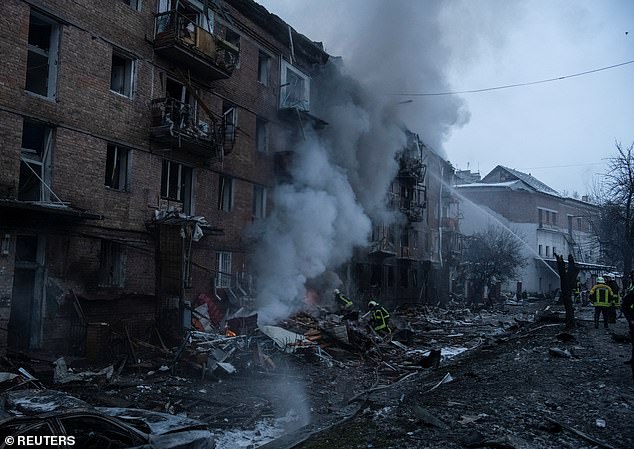 Johnson went on to praise the EU nations, highlighting tough sanctions the bloc had imposed on Russia, despite some initial hurdles