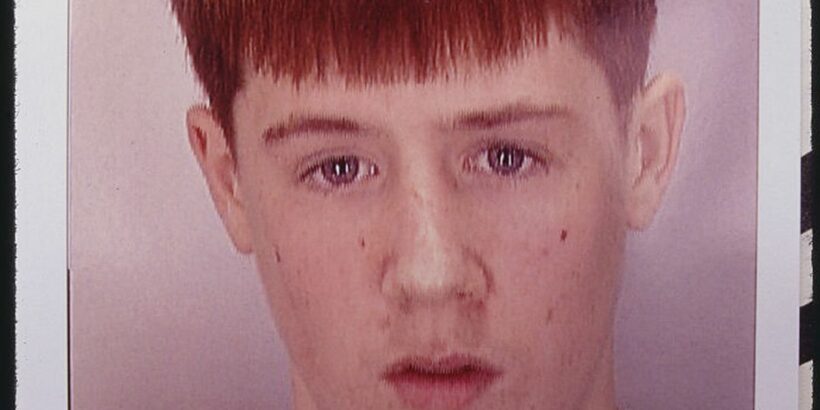 A man who killed his parents, murdered two of his classmates and injured another 25 in a school shooting in 1998 has given his first ever interview.

Kip Kinkel – now 38 years old – has said he feels "tremendous, tremendous shame and guilt" for the horrifying events which unfolded on that fateful day when he was 15 at Thurston High School in Springfield, Oregon.

While serving a 111-year sentence at the Oregon State Correctional Institution, Kinkel spoke with HuffPost for 20 hours over the course of 10 months.

Kinkel – who was suffering from an undiagnosed case of paranoid schizophrenia when he committed the crimes – said he feels guilty, both for the crimes and the effect his actions had on young offenders being sentenced to life behind bars.

Some of the victims of the Thurston High School shooting have used this case to work against reforming juvenile justice in Oregon.

The murderer has stayed silent until now because he didn't want to "further traumatize" those affected by his crimes, but he felt his silence was hindering young offenders from getting a second chance.

Kinkel said he had been hearing voices since he was 12 and became obsessed with weapons like knives, guns and explosives.

He told the publication that when he committed the crimes, he thought China was going to invade the US and that the government and Disney had put a microchip in his head. The events unfolded when Kinkel was caught with a handgun that he had bought from another student at the high school in May 1998.

“All the feelings of safety and security – of being able to take control over a threat – disappeared," he said.

With feelings of shame and the threat of being expelled and charged with a felony hanging over his head, Kinkel said the voices in his head convinced him he had to kill his parents and "everybody" at the school.

The next day, he shot his parents to death.

The day after that, he went to the school and killed Ben Walker, 16, and Mikael Nickolauson, 17, and injured 25 others before he was overpowered by other students.

Not wanting to accept his diagnosis of paranoid schizophrenia and plead not guilty because of insanity, he pleaded guilty to resolve the case quickly.

“I feel tremendous, tremendous shame and guilt for what I did. I hate the violence that I’m guilty of," he said.

In response, Kinkel's lawyers filed a petition to contend that his guilty plea was not made voluntarily because he had been off his medication for weeks. They also argued that his sentence was unconstitutional.

In 2019, The Oregon Legislature passed a measure to stop automatically sending 15 to 17-year-olds to adult court for certain crimes and to make sure that they’re not sentenced to life in prison without the chance of parole.

But just a month later, another measure was passed to clarify that the rule change didn't apply to past offenders, after critics worried that the new law would mean Kinkel would be released.

In a video released in 2019, Adam Walker, the brother of victim Ben Walker, said: “It doesn’t matter if he was 15. The victims don’t get second chances. Why should the offenders?"

Kinkel said he watched the debate play out from prison.

“It was like, there was hope. And then the Legislature came back and said, ‘No, we are specifically, intentionally, purposely with everything that we have, going to take this away from the kids already in the system.’”

He said he tries to avoid thinking of ever getting out.

“I don’t allow myself to spend too much time thinking about that because I think that can actually bring more suffering."