The teenagers were shot by an unknown gunman in Harrow, North West London, just two minutes apart as London was left reeling from FOUR gun attacks in just 24 hours. 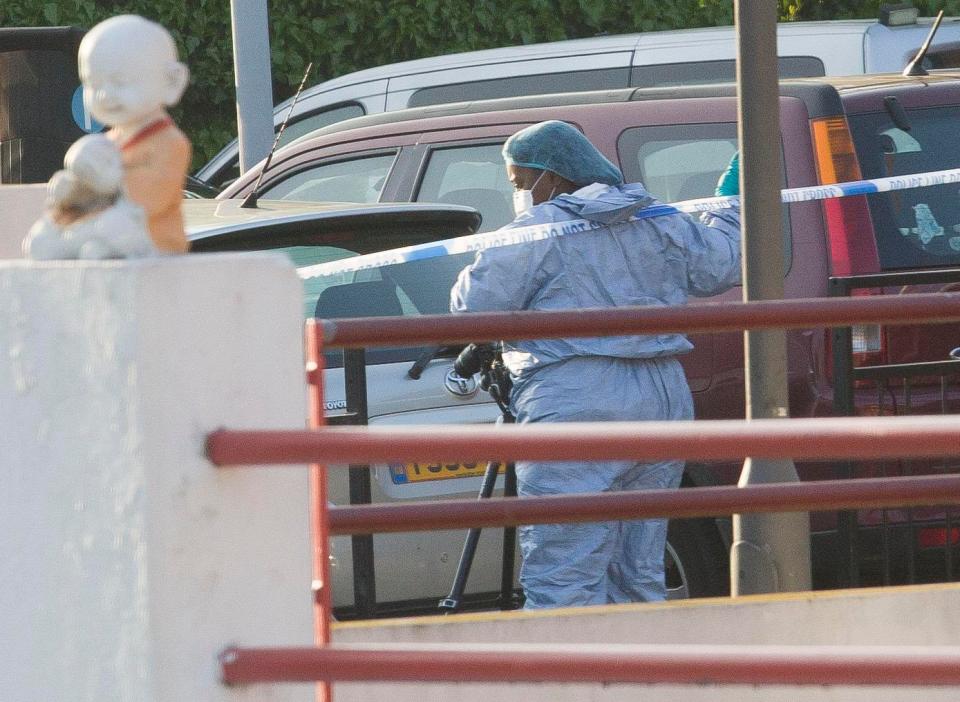 Incredibly neither boy is thought to be suffering life changing injuries in the daylight attack that happened on a busy High Street.

A few hours later, a 22-year-old man became the fourth person shot in the capital over the weekend when he was attacked in New Cross, South London.

Emergency crews raced to the scene in Harrow after frantic witnesses dialled 999 at around 1.17pm. 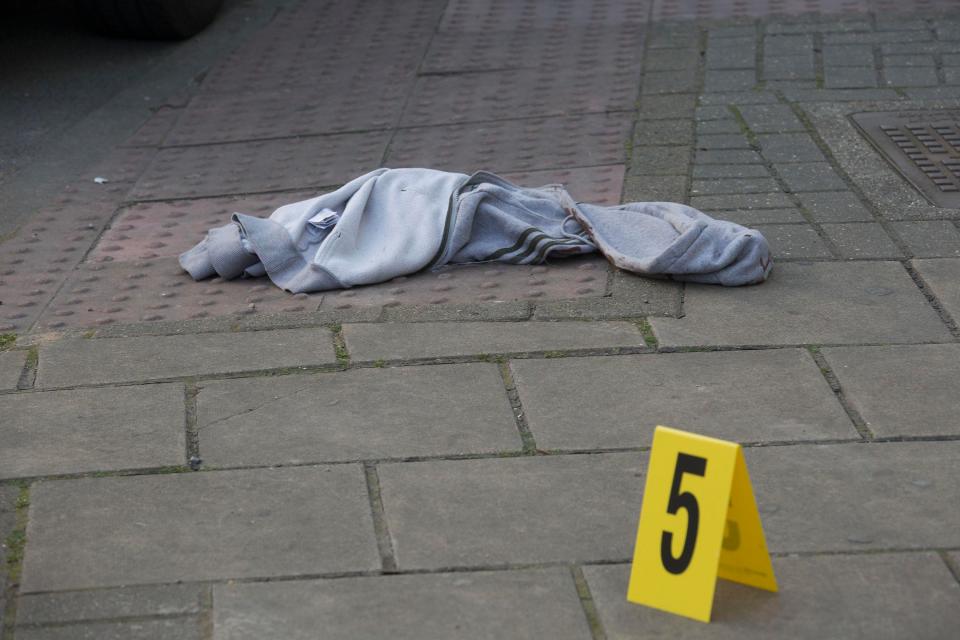 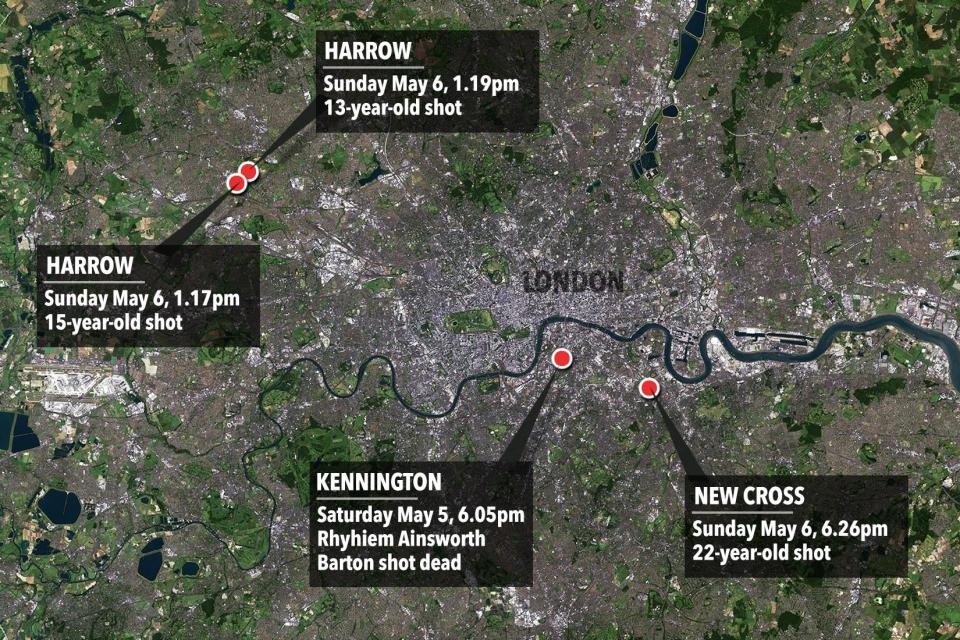 A grey Adidas sweatshirt with blood stains on the hood lay crumpled on the ground outside a Specsavers store along with a police exhibit number.

A shopkeeper said the youngster was "lucky to be alive" and they believe a bullet grazed the back of his head.

The manager of a betting shop, who did not give his name, said he was passing by on his lunch break and saw people gathered outside Specsavers around a black man on the ground.

He said: "He was holding his head down. I could not see his face but could see his white t-shirt was proper covered in blood. 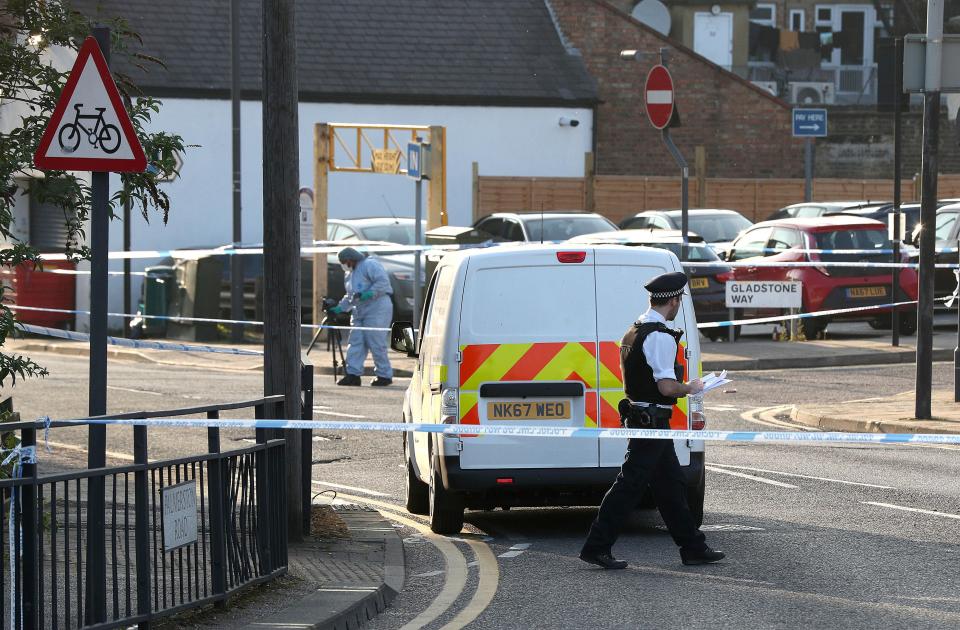 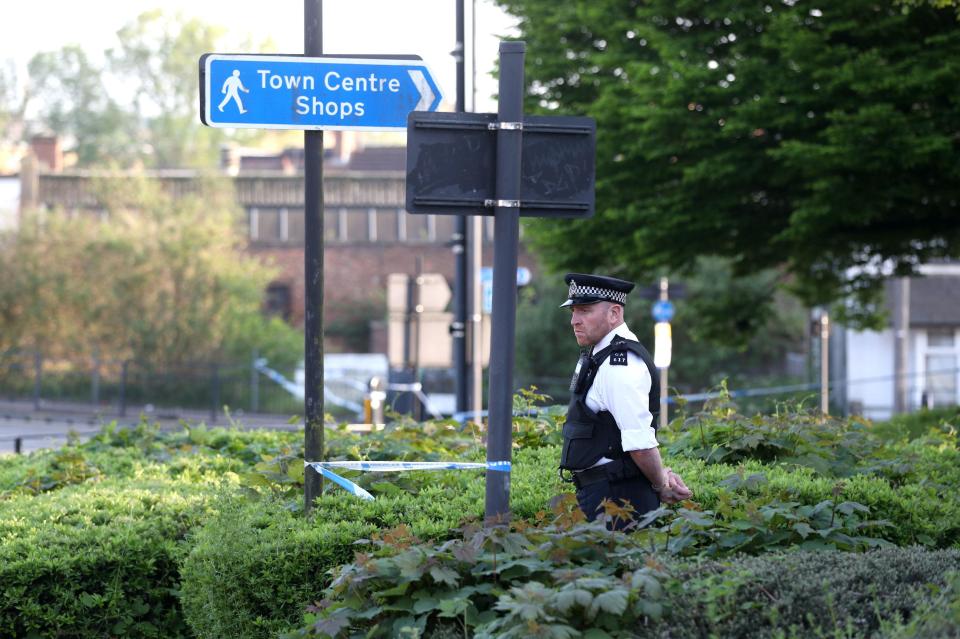 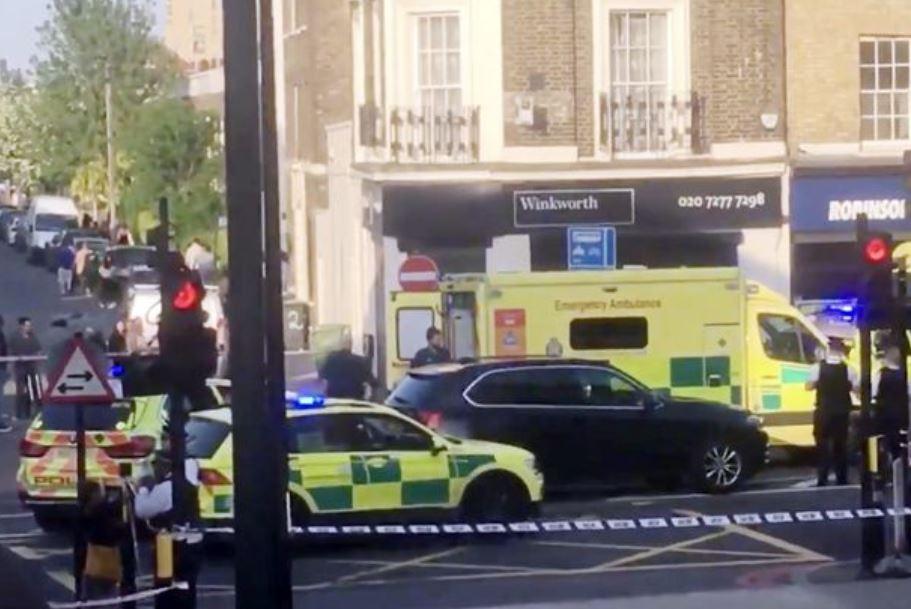 "He was sitting calmly as the paramedics were looking after him."

He described Wealdstone as a "kind of rough area and it can be a bit aggressive".

He added that "seeing police around here is just another day" and he was used to seeing boys "just hanging around" in the street.

A green first aid bag could be seen behind the cordon as forensics officers took photographs and passers-by were diverted from the scene. 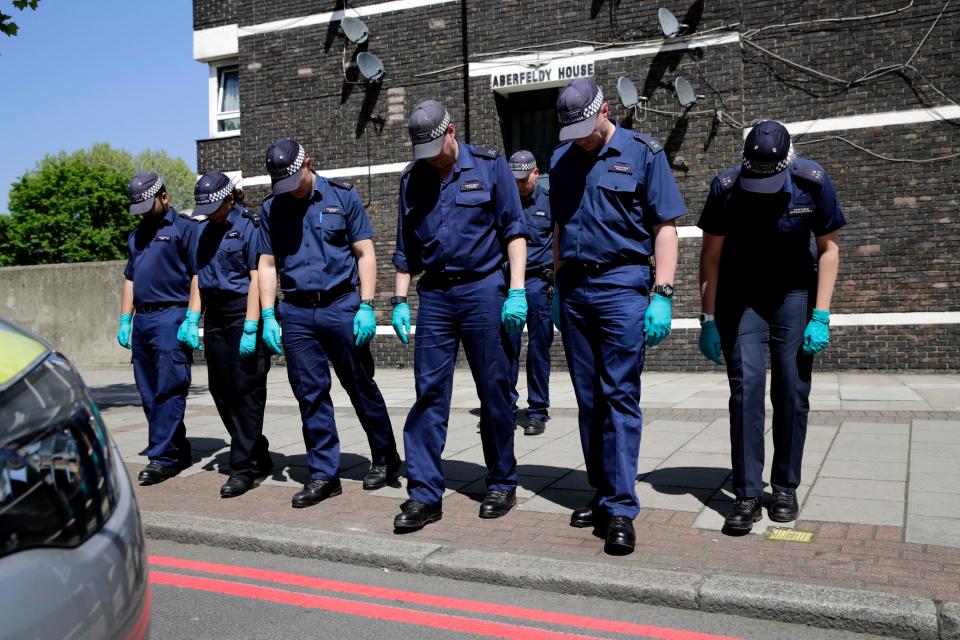 No arrests have so far been made in any of the four shootings.

The outbreak of violence comes after months of escalating gun and knife crime on the streets of the capital.

Last night, Rhyiem became the 15th teenager to be killed in London since Christmas.

Police were called shortly after 6pm to Cooks Road in Southwark, and he was found on nearby Warham Street suffering from a gunshot injury. 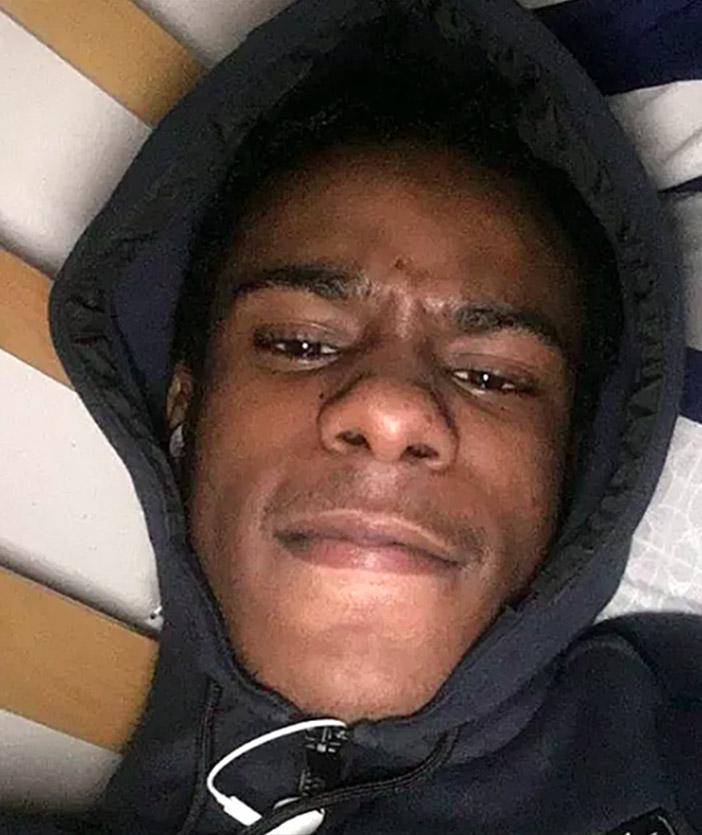 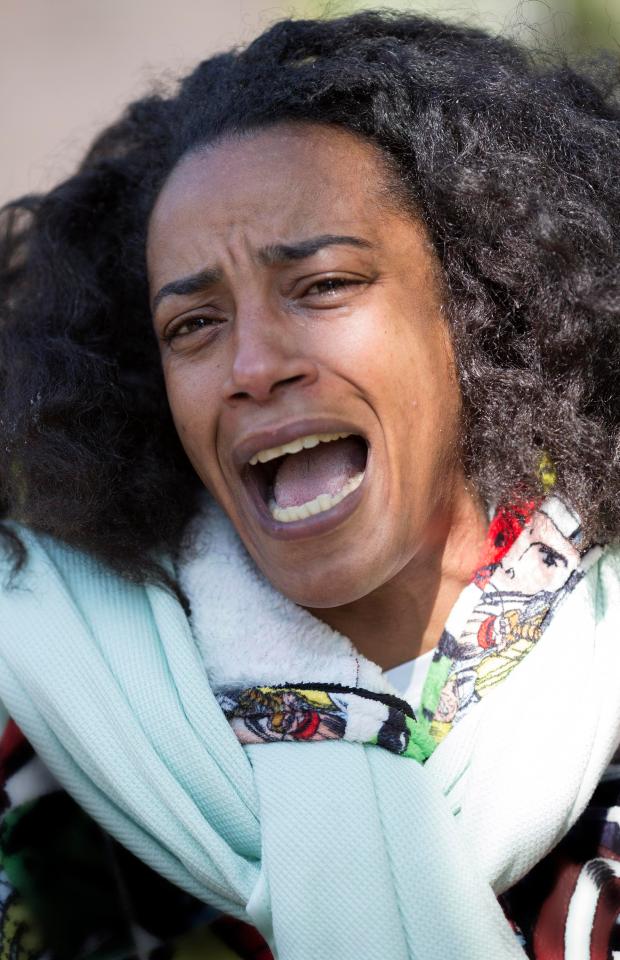 Medics battled to save his life but he died shortly after 7pm.

His devastated mum Pretana Morgan has described the streets of the capital as "paved with blood" after she found her son dying from gun wounds near their home last night.

Pretana paid tribute to her son, who she described as a "very handsome boy with so much potential".

Ms Morgan said talented rapper and aspiring architect Rhyhiem was "trying to make a difference" by learning to work with children.

Anyone with any information about any of the incidents should call 101 or contact Crimestoppers anonymously on 0800 555 111.