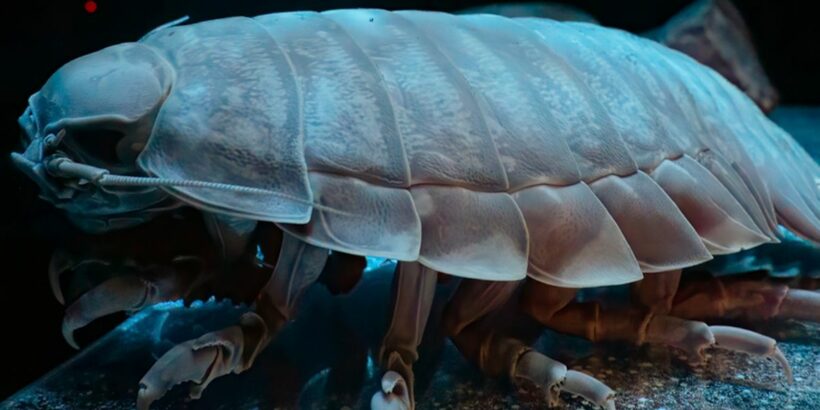 Scientists have made a shocking new underwater discovery dubbed the “Darth Vader” of the seas.

The monstrous find is related to the common woodlouse, except it’s 25 times bigger than what you’ll find in your flowerbed.

A type of giant isopod, it has the catchy name Bathynomus yucatanensis and was first located in the Gulf of Mexico.

Found in the depths of the ocean, it has a yellowy-grey shell and long antenna that poke out the front of its head. Pleotelson spines come out of the tail.

The newly discovered species of Bathynomus has already earned the name “Darth Vader of the sea”, a title it probably deserves given its other-worldly appearance.

Like Darth Vader, these huge monsters have ‘helmets’ that look a lot like everyone's favourite villain from a galaxy far far away.

Living so far down, humanity’s interaction with the ocean floor ‘Vaders’ has been limited. The latest samples were only able to be scooped up by putting cages with bait in 2,000-2,600ft below the surface.

Around 20 species of the Bathonymus group have been discovered so far and are distantly related to crabs, shrimp, and lobsters.

The new Bathynomus, yucatanensis, was discovered by a team of Taiwanese, Japanese, and Australian scientists who found their sample to be a whopping 26cm long. At over a quarter of a metre, it is 2,500% times bigger than a woodlouse.

The first type of Bathonymus discovered in the Gulf of Mexico, the giganteus, was unearthed in 1879 and a second, maxeyorum, in 2016.