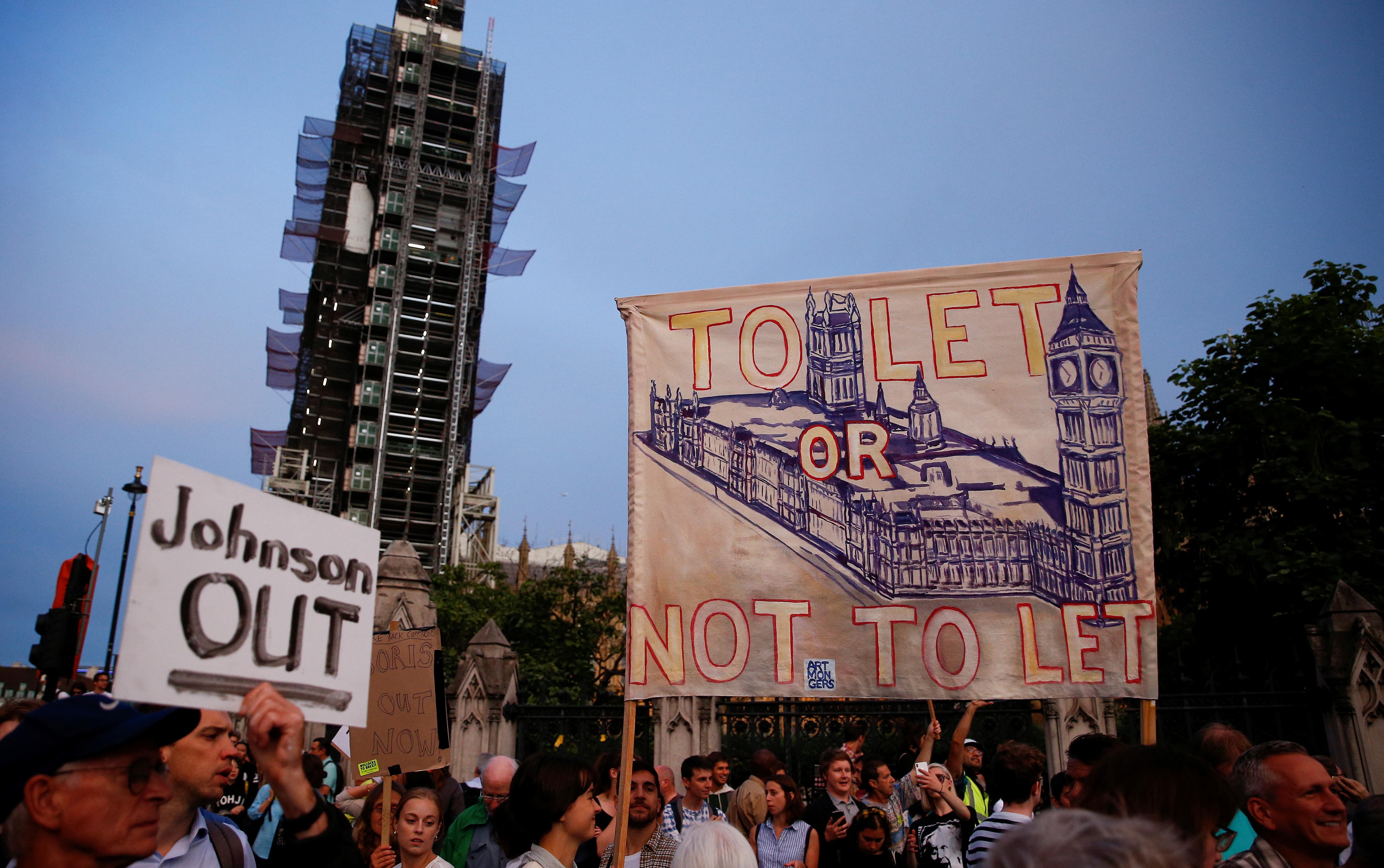 LONDON (Reuters) – A hearing will take place in a Scottish court on Thursday over a bid to determine the legality of British Prime Minister Boris Johnson’s decision to suspend parliament ahead of a possible no-deal Brexit.

The hearing in Scotland will take place at 1100 GMT. English courts do not sit in August.

On Wednesday, Johnson said he will suspend Britain’s parliament for more than a month before Brexit, enraging opponents and raising the stakes in the country’s most serious political crisis in decades.

He has said Britain will leave the world’s biggest trading bloc on Oct. 31 whether it has a divorce agreement or not and that also remains the legal default position.

A group of about 70 lawmakers from opposition parties had already been backing a bid to have Scotland’s highest civil court rule that Johnson cannot ask Queen Elizabeth to prorogue – suspend – parliament.

“We put in a motion looking for an interim hearing on the legality of yesterday’s decision ..,” Joanna Cherry, a Scottish National Party lawmaker, told Reuters.

“Something that has happened already can be suspended, something that is about to happen but hasn’t yet happened can be interdicted.

“It will be an interim order until such time as the court can make a full hearing.”