Scotland’s former first minister has been charged with a series of sexual offences, including rape and sexual assault. 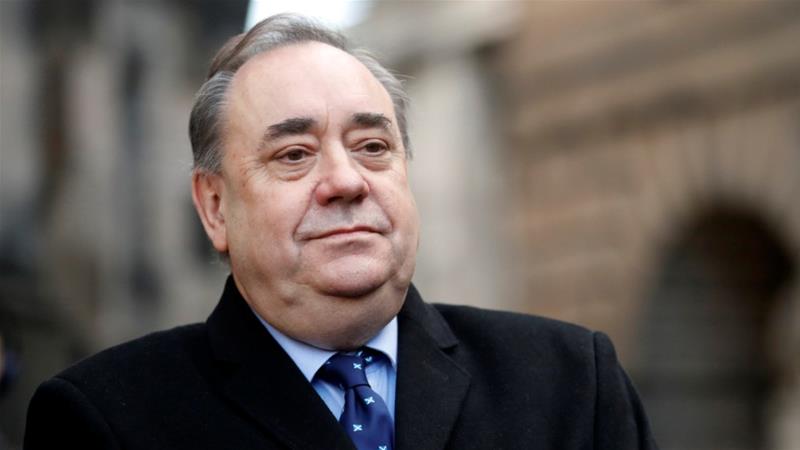 The one-time leader of the pro-independence Scottish National Party (SNP) faced the High Court in Edinburgh for a procedural hearing to be formally charged with 14 offences, including two of attempted rape, nine of sexual assault, two of indecent assault and a breach of the peace.

He was first charged in January this year but strenuously denies all the allegations made against him.

Due to the nature of the case, we can’t discuss the details in this report, though once the court hears evidence and witness statements, we will of course be covering every detail.

Given these legal restraints, the focus has fallen on the Scottish independence movement and the party he once led, both of which are already bracing themselves for the forthcoming publicity. Salmond, 64, may have been a uniquely Scottish politician – but his seven years at the head of the Scottish government saw his impact reverberate UK-wide.

“Salmond took his party from the fringes of Scottish politics to become the most successful electoral force in modern Scottish history,” James Mitchell, politics and international relations professor at the University of Edinburgh, told Al Jazeera.

“His leadership resulted in a significant increase in support for independence. If Scottish independence is achieved, Salmond will have contributed more to its achievement than any other single person.”

After leading the SNP to the party’s first ever election victory at the Scottish Parliament in 2007 – which saw him form a minority nationalist government – Salmond secured an unprecedented majority at the polls four years later, paving the way for a Scottish independence referendum in 2014.

Scots may have rejected statehood by 55-45 percent – but Salmond’s political legacy remains profound in many pro-independence quarters.

“For a lot of people in the Yes movement, Alex Salmond is the reason they became independence supporters in the first place,” said pro-independence blogger James Kelly of the Scot Goes Pop! blog. “He was one of the most talented politicians of his generation in the entire UK… [But] he’s not bigger than the movement, and its strength will be there with or without him.”

Anxiety surrounds the SNP leadership about what the trial will mean for the party and for Nicola Sturgeon, Salmond’s one-time protegee and successor as SNP leader and Scotland’s first minister, who assumed both posts in 2014 following the referendum defeat.

In a separate development, Salmond won a civil case against Sturgeon’s Scottish government at the beginning of the year, following its botched investigation into the misconduct allegations against the one-time SNP chief – who today hosts a discussion show on the Russian television network RT.

But speaking to Holyrood magazine last month, Sturgeon stated: “In terms of any trial, I don’t spend much time thinking about it… So I won’t spend a lot of time stressing or worrying about it.”

Kelly, who said that today’s SNP and pro-independence movement are very much “dominated by Sturgeon”, contended that whatever happens in the trial, “this is something that’s effectively happening to a historical figure”.

“An uncomfortable period of time lies ahead, and many Yes supporters will wish that the TV coverage of the legal proceedings would just go away,” he added. “But at the end of it all, the negative publicity will swiftly fade, and the Yes movement will look pretty much the same as it does now.”

But it remains the case that the charges faced by Salmond, who was a Westminster MP from 2015 until losing his seat two years later, are very serious indeed.

Following Thursday’s preliminary court proceedings, another hearing will be held on January 22, and the full trial is fixed to begin on March 9 – both to be heard in Edinburgh. His trial is expected to last around a month.