This is the moment a greedy seagull swallows a chick whole after snatching it away from its mother.

The gull was pictured with the helpless baby in its mouth off the coast of Northumberland after taking it from the other bird.

The mother – a smaller, dark-faced gull – furiously chases the predator in a bid to save her baby, but the larger birds gulps it down before she can get the chick back. 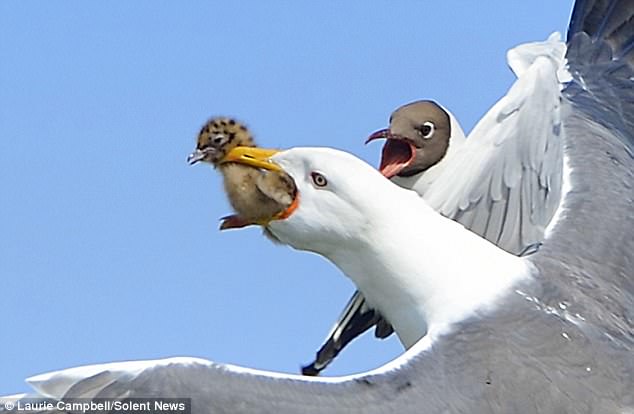 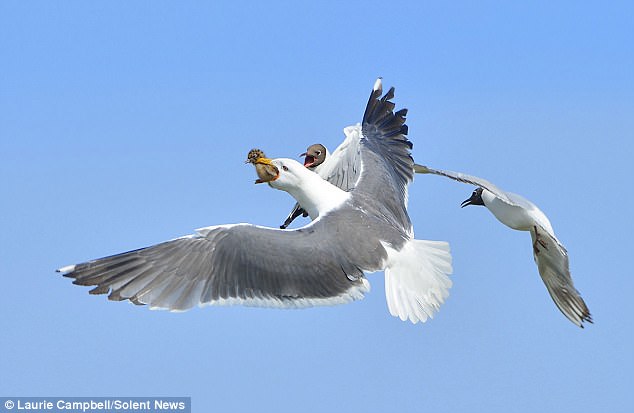 The mother – a smaller, dark-faced gull (pictured centre) – furiously chased the predator on the Farne Islands as she desperately tries to get her youngster back

Mr Campbell, 60, from Berwick-upon-Tweed, Northumberland, said: ‘Quite simply, the sequence of photos show the lesser black-backed gull eating the chick of the black-headed gull – that is understandably upset and chasing after it.

‘In the sequence, the lesser black-backed gull swallows the chick of the black-headed gull – whole, and while it is still alive.

‘They must have been only 20 metres up off the ground. From first seeing the birds in the air, the whole thing was over and done with in less than one minute.

‘I was so thrilled to have captured this behaviour.’

Gulls are highly adaptable feeders which opportunistically take a wide range of prey, from earthworms to tortoises.

They are also known for their audacious attempts to steal human food out of people’s hands or plates. 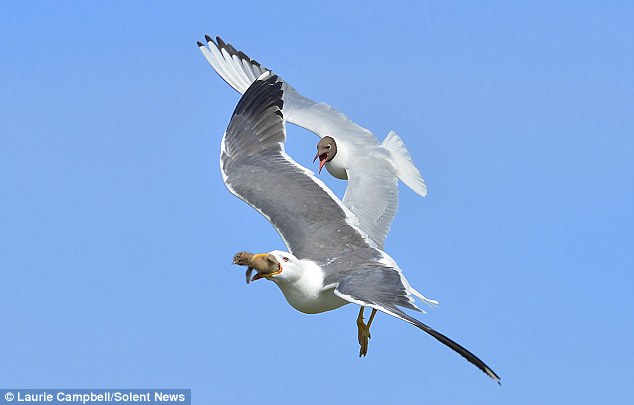 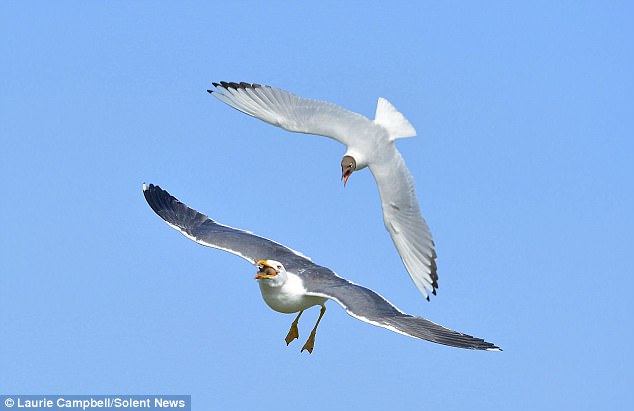 The seagull is pictured swallowing the chick whole, despite its mother’s best efforts to save it