Dresden, Germany, is still reeling more than a day after a spectacular heist in which robbers made off with precious diamonds and jewels from one of the world’s oldest museums.

Police said it’s unlikely the thieves who struck the Gruenes Gewoelbe, or Green Vault, on Monday were amateurs.

“All in all, the circumstances point to a targeted and prepared crime,” said Criminal Councilor Olaf Richter, who’s working on the investigation.

Their timing, it seems, was impeccable.

At 4:59 Monday morning, at least two people broke into the historical section of the museum by cutting through a grate that covered a ground-floor window and a glass pane.

CCTV footage released by Dresden police shows two suspects entering the room, their flashlight beams flailing, as they step across the black-and-white-tiled floor of the ornate chamber. Then they shatter a glass display case with an ax before taking three sets of jewelry from the 1700s.

By the time police arrived at 5:04, the suspects had escaped. 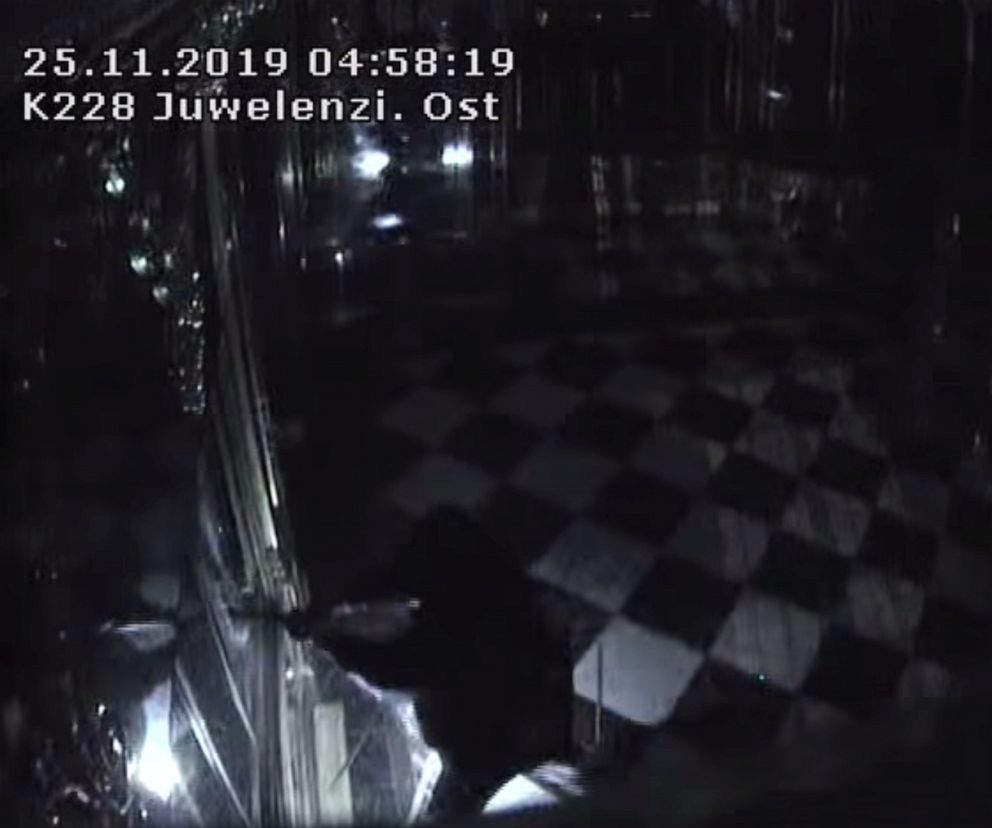 Police announced on Tuesday that an electrical fire at a juncture near the museum had caused a power outage on the street, which may have helped the suspects enter the building unnoticed.

Exactly what the thieves made off with remains unclear. Authorities have said that up to 100 pieces of jewelry could have been stolen, but museum experts haven’t completed a full accounting as the investigation continues.

“They were aiming for the diamonds, as far as I can see,” Dirk Syndram, director of the Green Vault, told ABC News. “The worth of the diamonds is not as great as the jewelry — the historical jewelry of the 18th century is absolutely rare.”

The suspects had about one minute after destroying the case to take all they could, slipping away with three of the museum’s 10 complete jewelry sets, Syndram added.

Although initial German media reports speculated the value of the stolen items could be in the hundreds of millions, authorities have refrained from putting a figure on the stolen goods, emphasizing their incalculable cultural worth.

“There is nowhere, in any other collection in Europe, jewels or jewel sets that have been preserved in this form and quality and quantity as these royal sets,” Syndram said at a press conference on Monday.

Authorities have released images of 10 of the stolen pieces, including delicate bejeweled items like buttons and cuff links, as well as a diamond-encrusted sword. One of the stolen jewelry sets belonged to the queen of Saxony herself, according to the museum’s leadership. 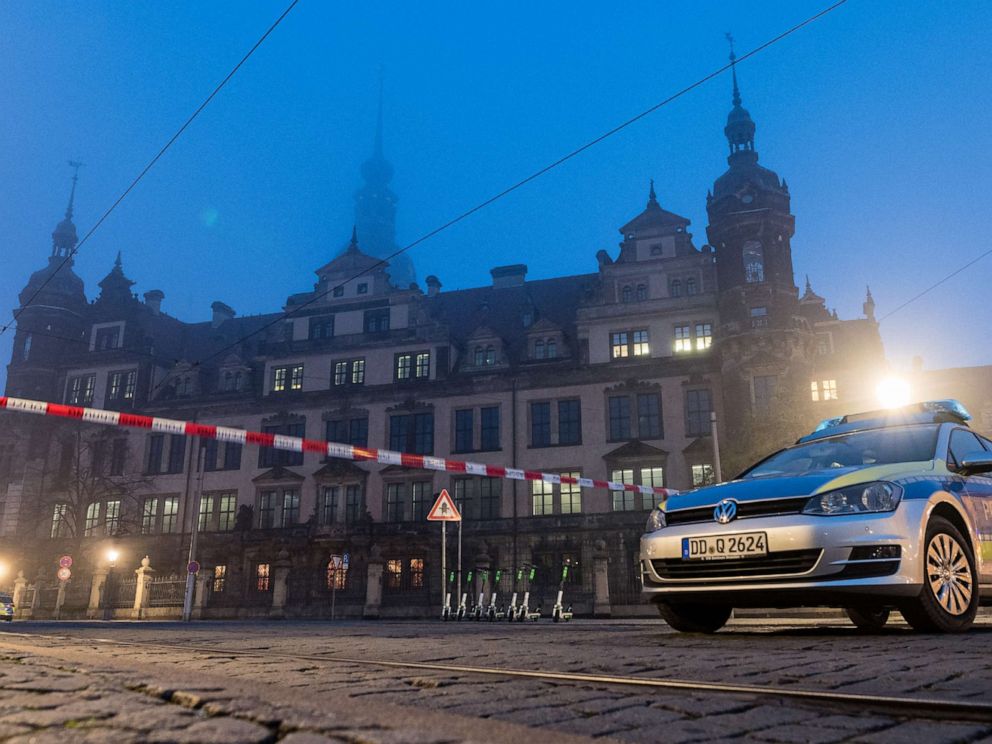 Working on the crime is a 20-person team code-named “Epaulette” — the word for an ornamented shoulder piece, which was one of the items stolen in the heist.

Police said in a statement on Tuesday that a burned-out Audi 6 found in a nearby parking garage indeed had been the getaway car, and that evidence from the crime scene had been found in the vehicle. The police have since sealed off the garage as criminologists continue to investigate.

As of Tuesday afternoon, police had received more than 90 tips from the public and launched a website to collect additional photo and video tips.

The museum remains closed during the investigation.