THE Seattle City Council has voted to defund the police and cut the size of the force by 100 officers as the police chief is set to resign.

By a vote of 7-1 the council approved a revised 2020 budget that reduced the department's budget by $3.5million for the remainder of the year and invested $17million in community public safety programs. 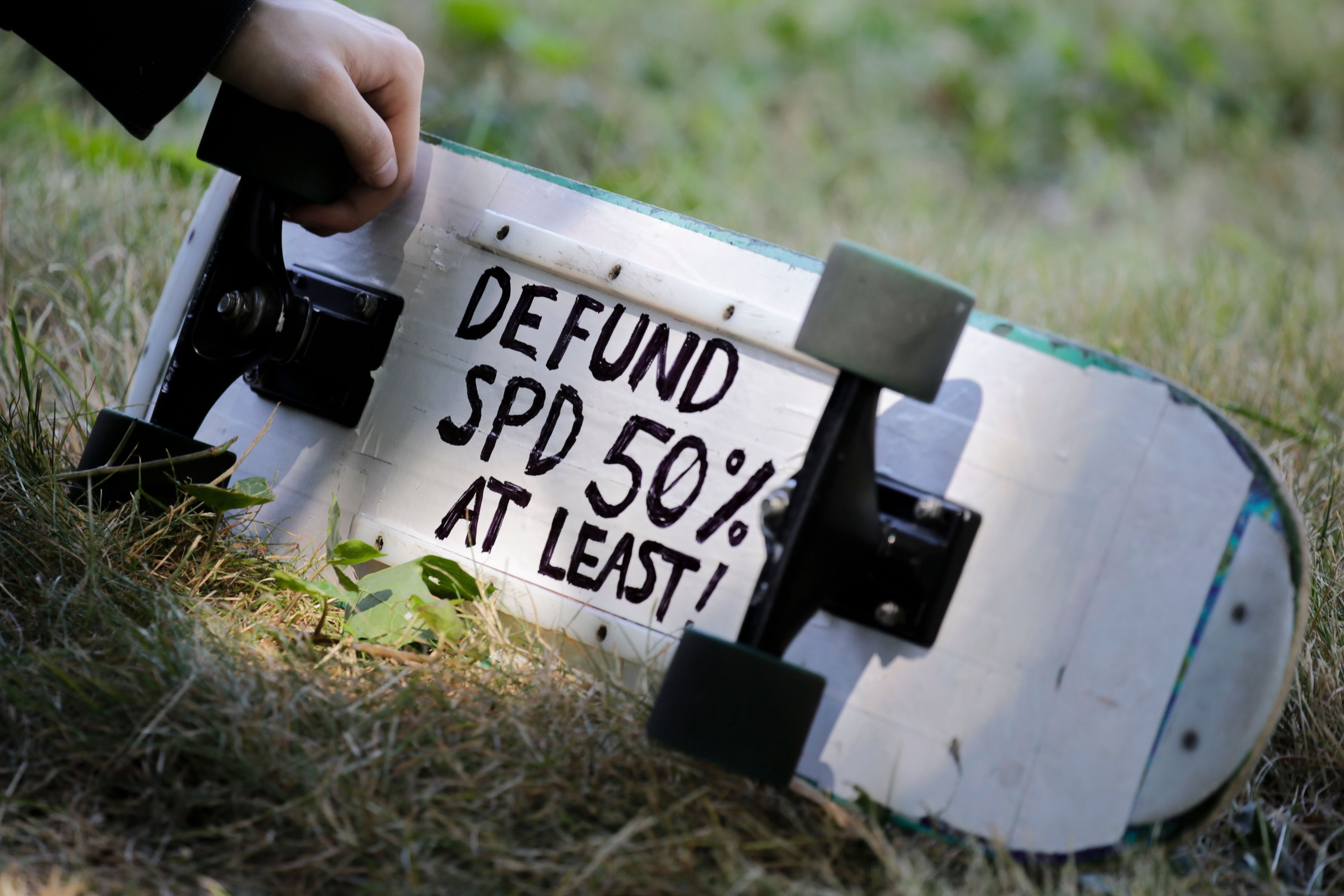 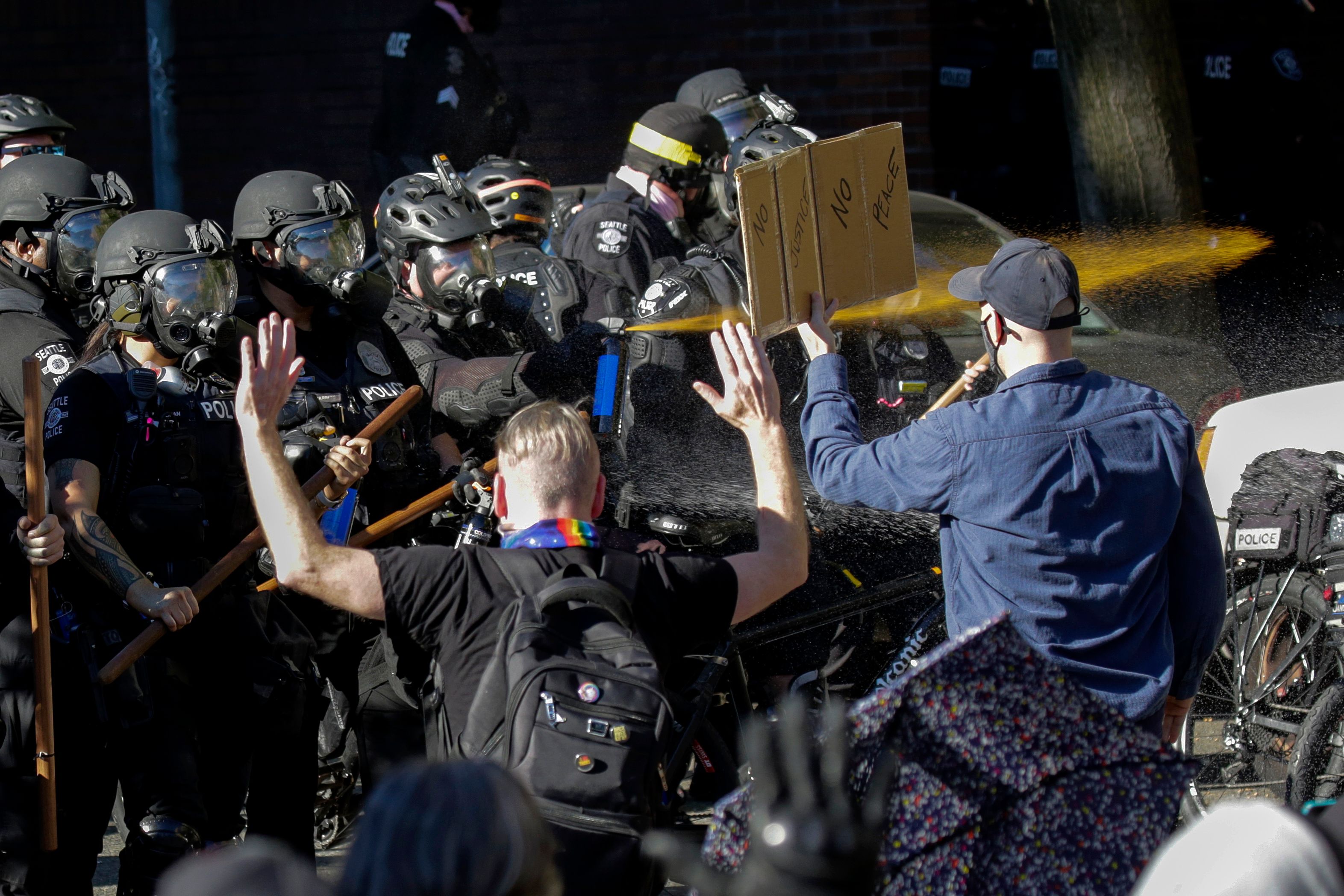 On Monday, only council member Kshama Sawant voted against the budget package, saying it does not do enough to defund the police.

Seattle currently has about 1,400 police officers and the reductions fell far short of the 50 percent cut to the department that many Black Lives Matter protesters are seeking.

Council President Lorena Gonzalez called the move a "down-payment for future potential reductions" to the budget of the department.

Several council members on Monday said the changes were a starting point in a long process to reimagine policing and public safety.

The City Council also cut Police Chief Carmen Best’s roughly $285,000 annual salary and the pay of other top police leaders, although the final cuts to Best’s salary were significantly more modest than those approved last week. 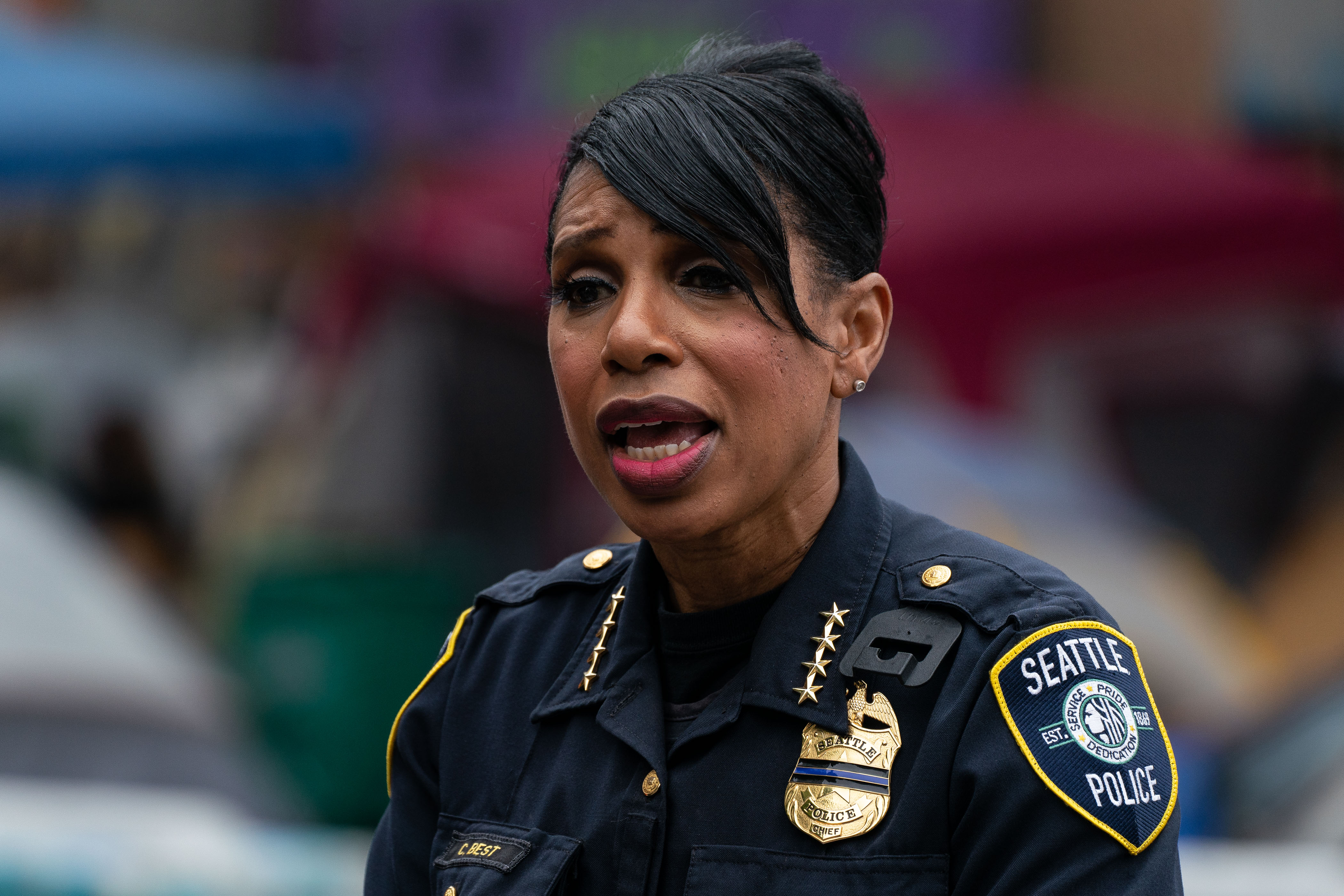 Hours after the proposals were approved a Fox journalist reported that Best is going to resign, according to sources close to her.

The announcement is reportedly imminent.

The council plan also takes officers off a team that removes homeless camps.

More than a dozen business and neighborhood groups signed a letter from the Downtown Seattle Association opposing that move.

"In defunding SPD, the council moved with speed and pettiness rather than with precision and thoughtfulness," the association said in a statement. 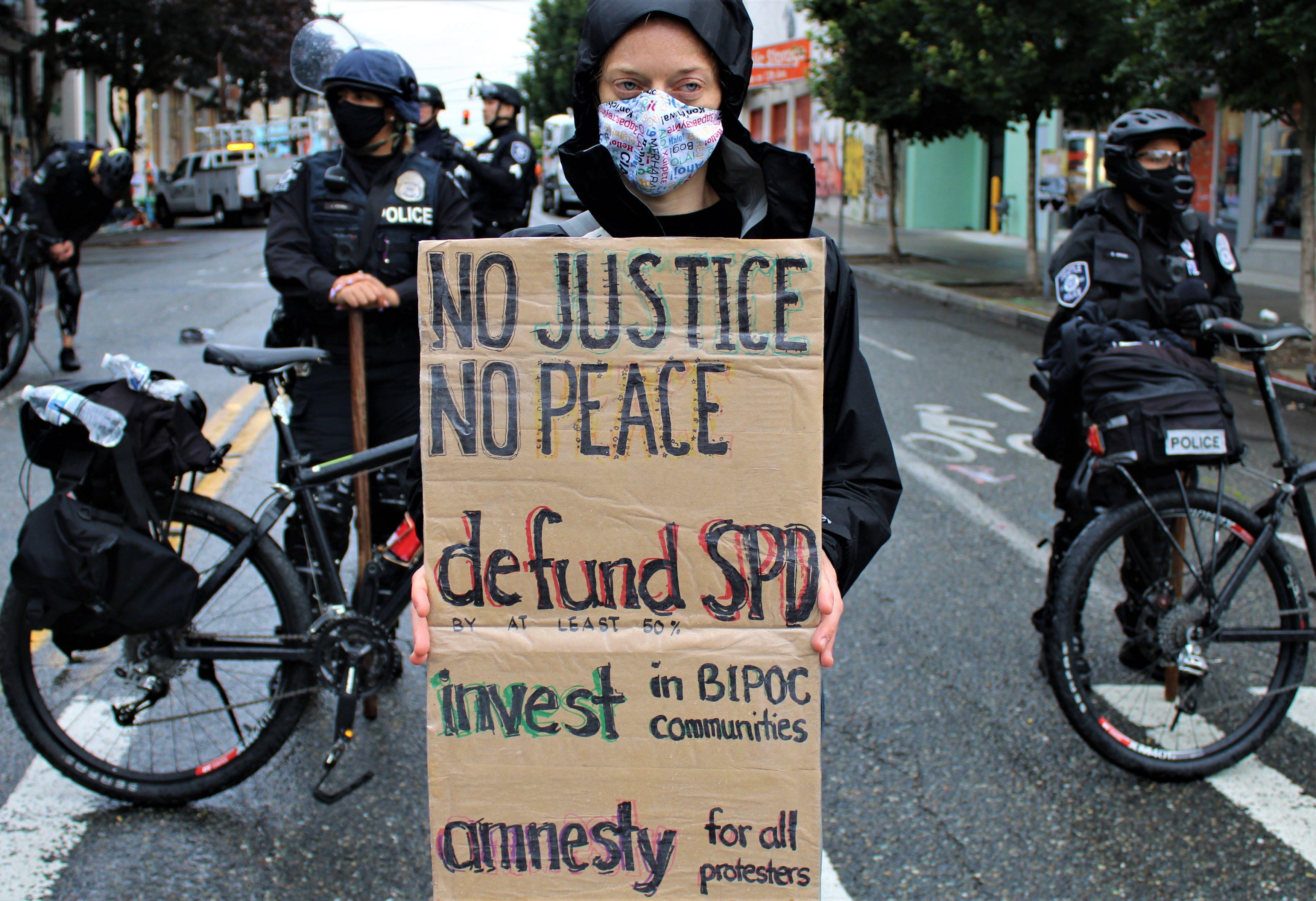 "While we can't do everything in this summer rebalancing package, we have set the path forward for tremendous work in front of us as a council and as a city," Council member Teresa Mosqueda said.

Council member Dan Strauss said the council will keep working toward providing public safety that works for everyone in Seattle, providing "the right response to 911 calls right away," which he said in the future may not always include an armed officer.

Mayor Jenny Durkan and Best had urged the council to slow down its discussions about police budgets, saying the issue could be taken up in earnest when the 2021 city budget is considered.

They also said any layoffs would disproportionately target newer officers, often hired from black and brown communities, and would inevitably lead to lawsuits. 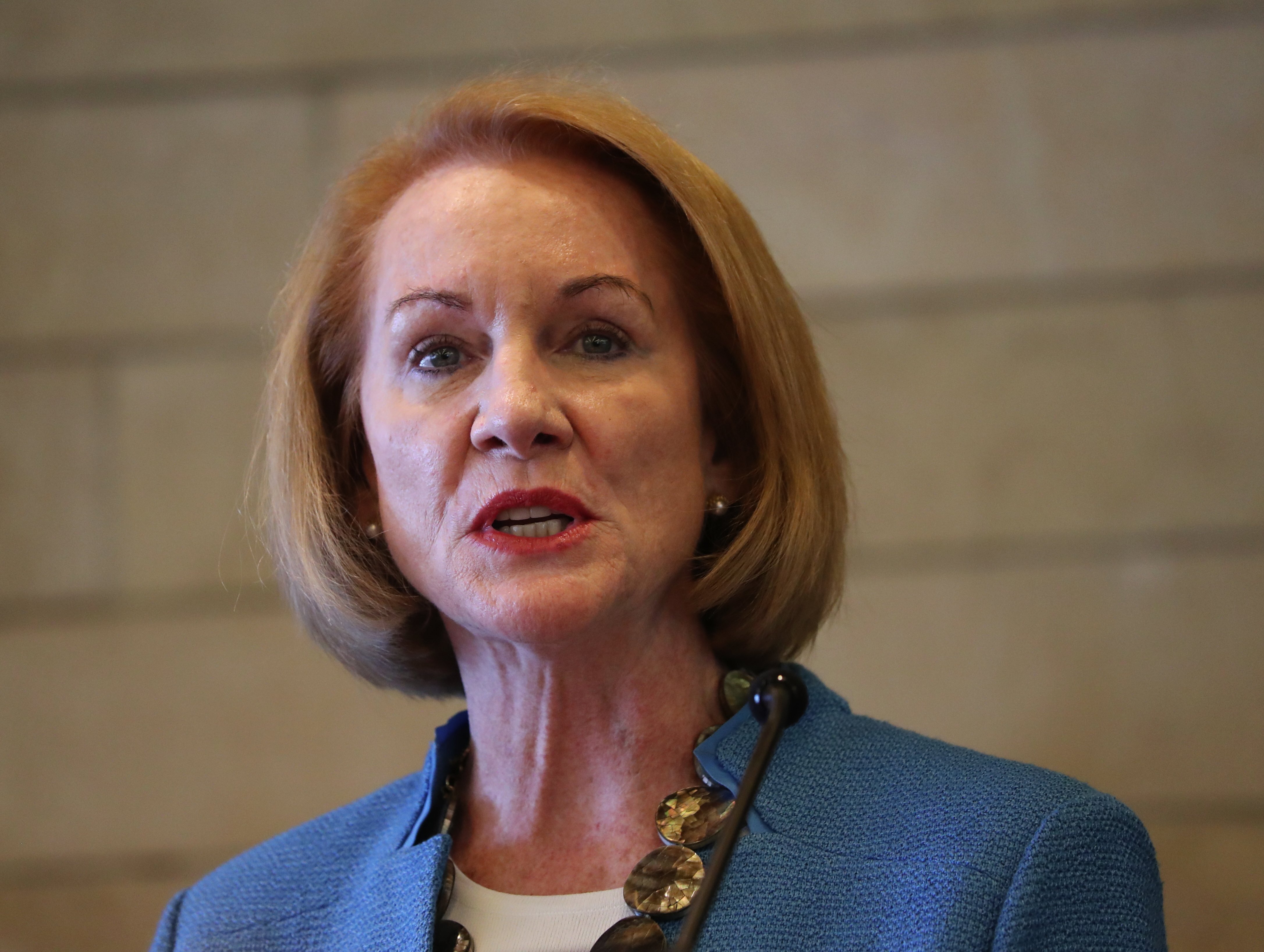 Durkan has proposed cutting about $20million from the police budget this year largely because of reduced revenues amid the COVID-19 pandemic.

Last month, the mayor sketched out a plan to reduce the police budget by about $75million next year by transferring parking enforcement officers, the 911 call center and other areas out of the department.

"It is unfortunate Council has refused to engage in a collaborative process to work with the mayor, Chief Best, and community members to develop a budget and policies that respond to community needs while accounting for — not just acknowledging — the significant labor and legal implications involved in transforming the Seattle Police Department," Durkan said in a statement after the vote.

As US attorney in Seattle, Durkan previously pushed a Justice Department investigation that found officers too quick to use force, leading to a 2012 consent decree with the federal government.

Reviews by an independent monitor have determined that the changes under the consent decree have led to a drop in how often police use force.

But critics have said the department's actions during recent protests show not enough progress has been made.

"Your elected officials are striving to seize this historic moment in the wake of the brutal and wrongful killing of George Floyd and countless other Black, Indigenous and people of color so that we address systemic racism, rethink policing and revitalize community health and safety," council member Alex Pedersen said before the vote.

"It's not an easy process. It's messy, it's difficult, it's uncomfortable — but it’s necessary."