A SECRET palace allegedly built for Vladimir Putin has been revealed by the anti-corruption team working with his jailed nemesis Alexei Navalny.

The sprawling estate is located on the shore of a lake and nestled in deep forests of the Valdai Hills, which lie halfway between Moscow and St Petersburg in eastern Russia. 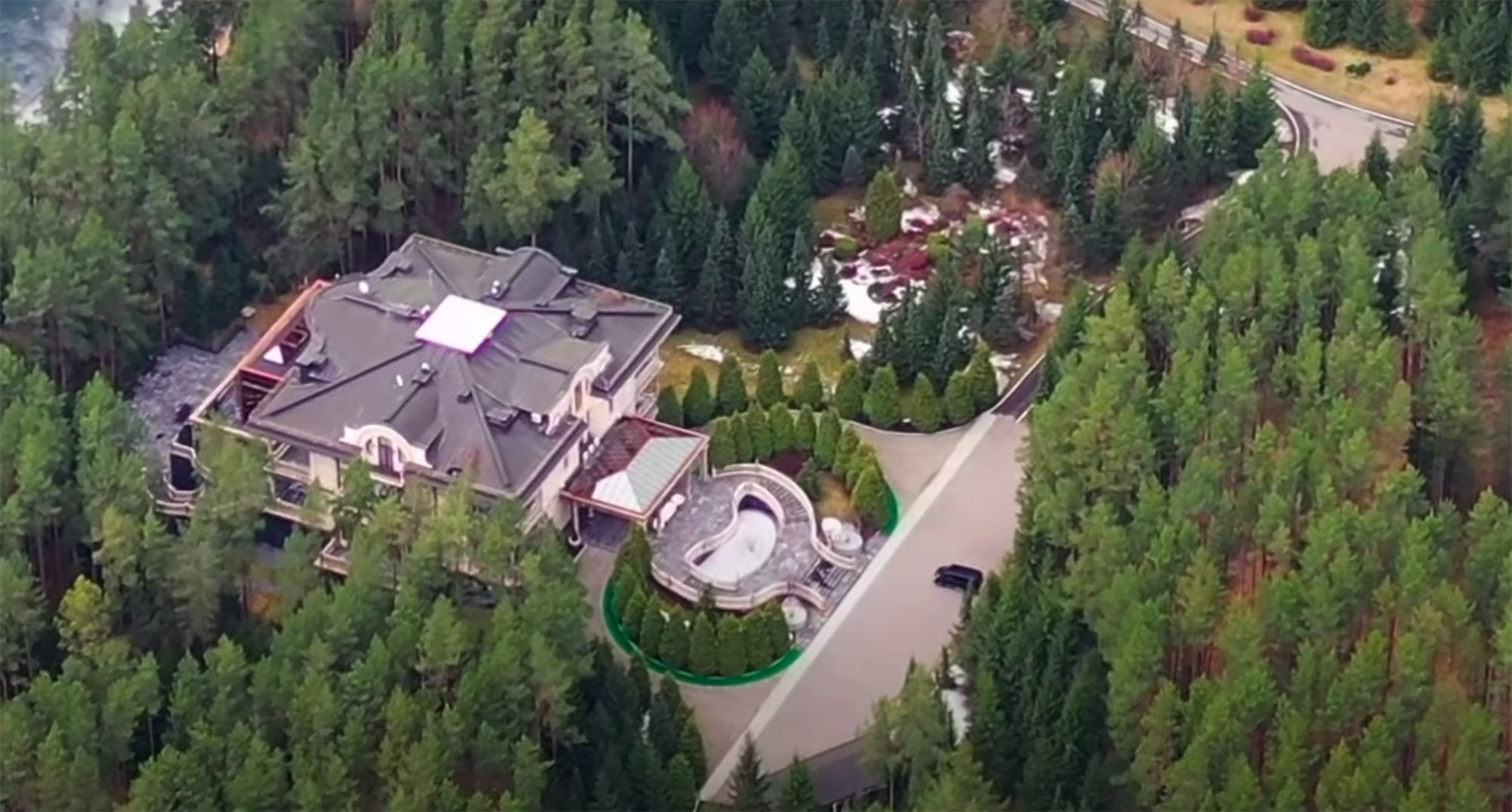 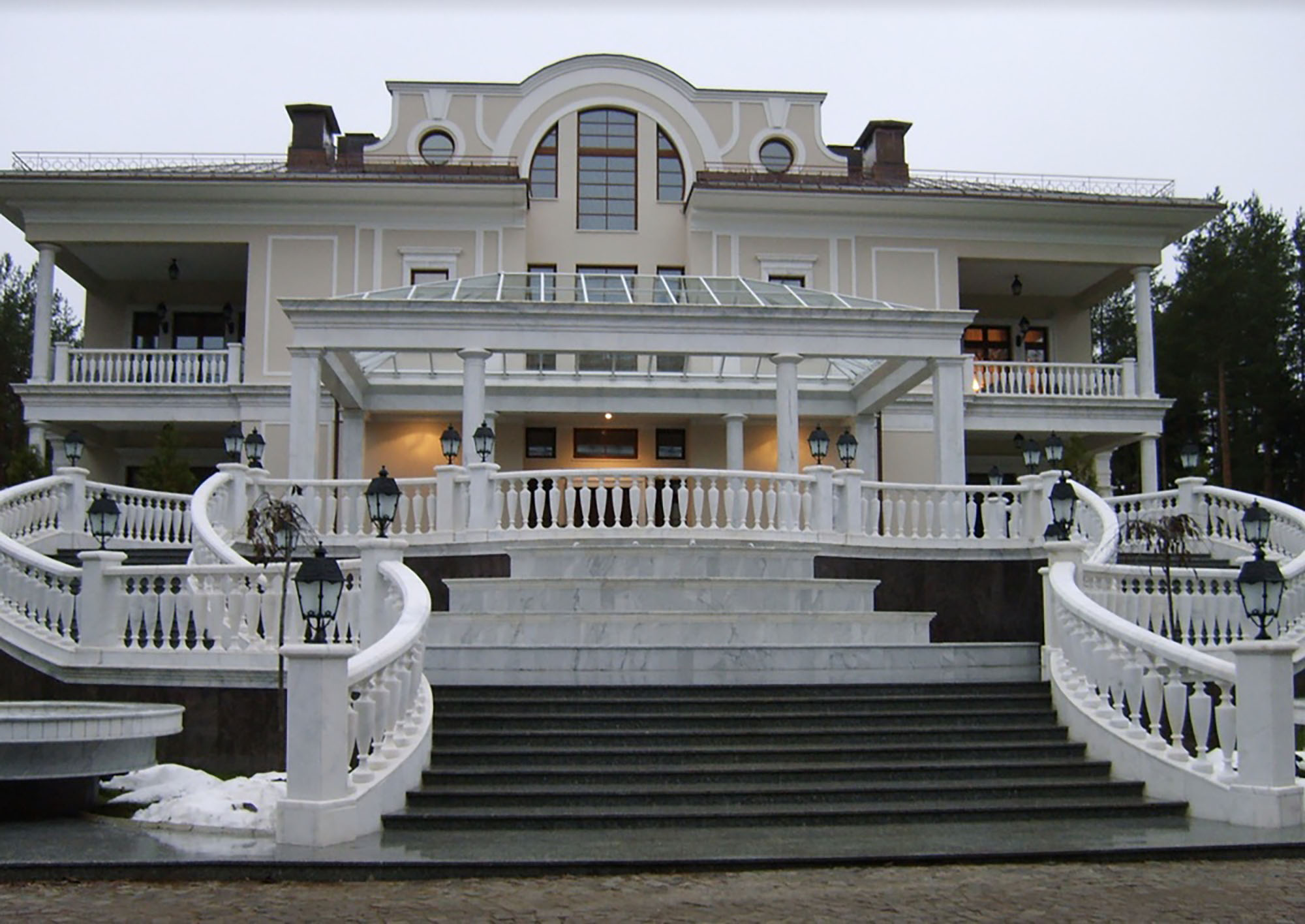 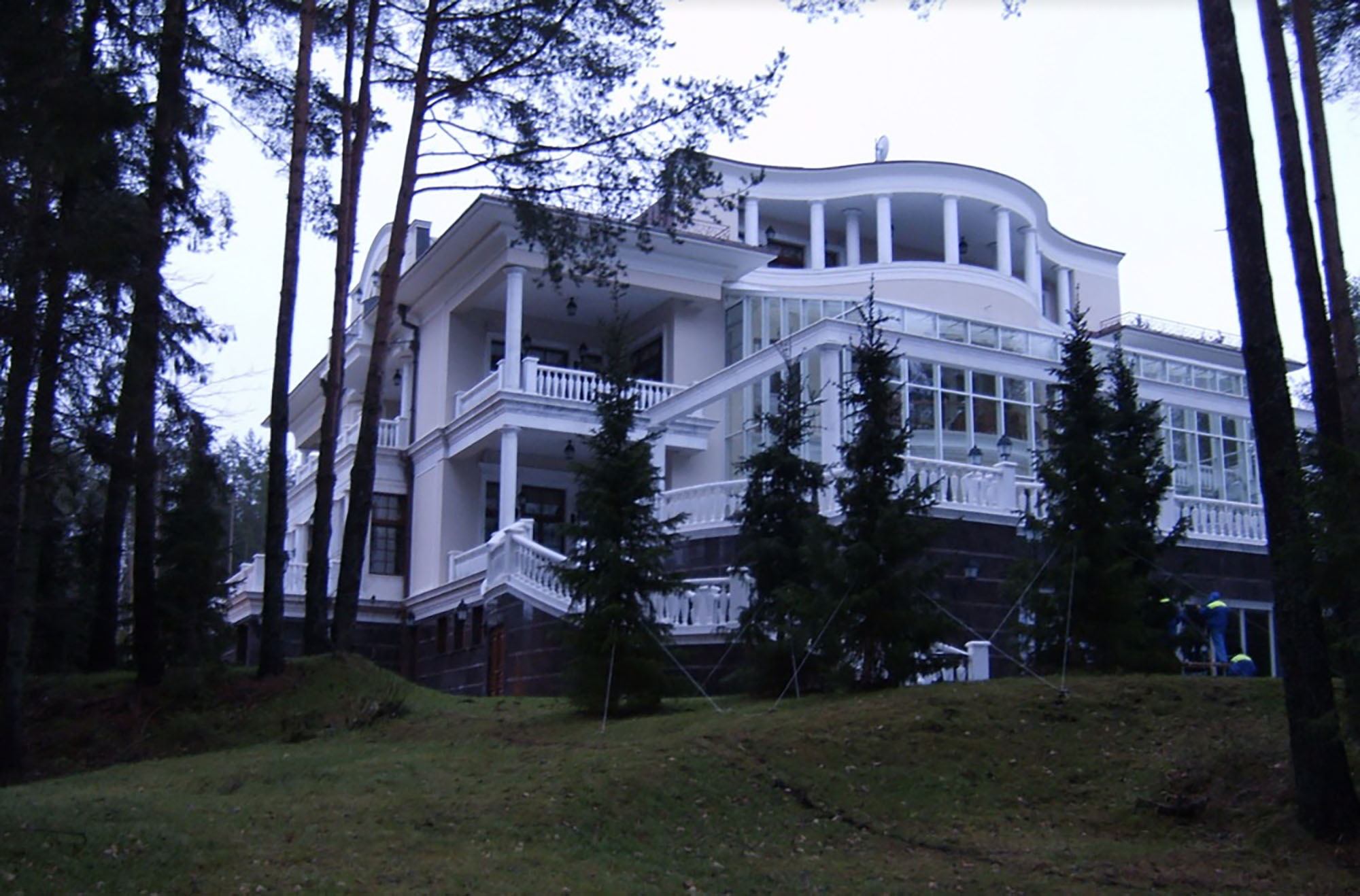 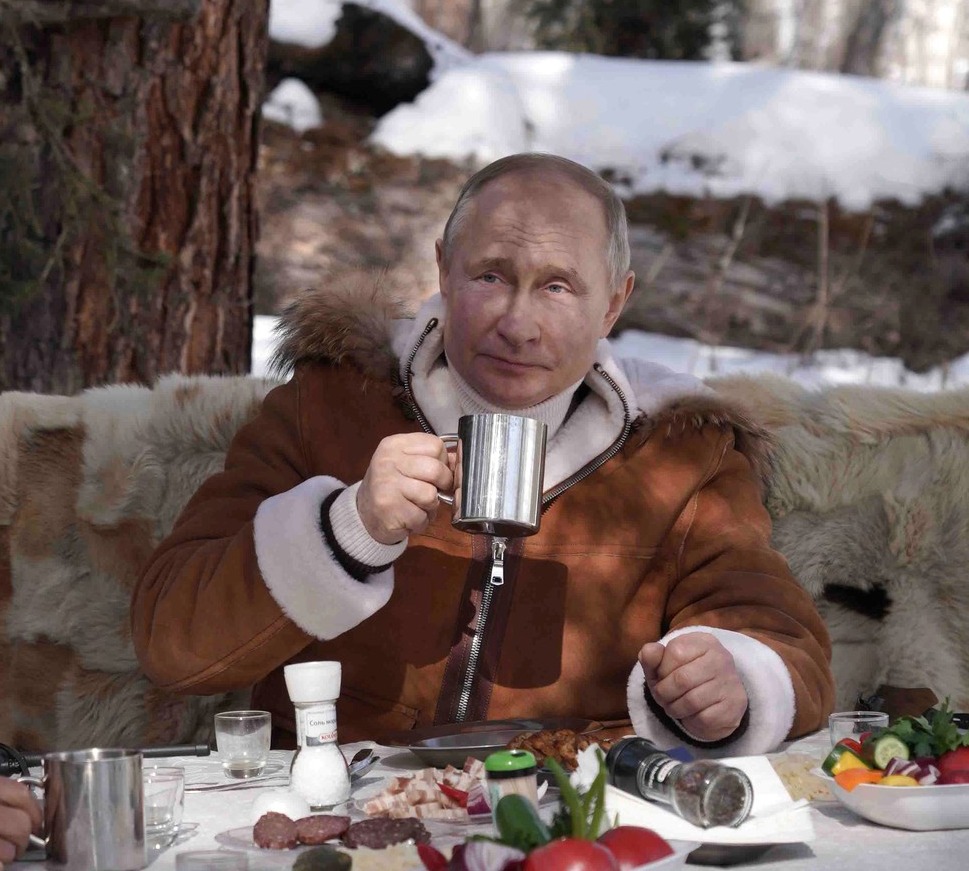 Hidden from prying eyes by the dense foliage, the four-storey mansion boasts a nearby three-storey  spa complex with a “personal beauty parlour” for the strongman leader called a “temple to his asceticism”.

The sprawling lakeside estate seen on drone footage – and is also said to include a stable, golf course, mini-golf course, VIP restaurant with a cinema, bowling, billiard room and even a mini-casino.

The complex is dubbed Putin’s “most secret official dacha”.

Putin's wealth remains shrouded in mystery – with critics claiming he could be worth as much as £160billion, with his extraordinary fortune coming almost entirely from state corruption.

It is a staggering tally which would make him the world's richest man – edging of Jeff Bezos, Bill Gates and Elon Musk.

The mysterious complex with several large residences is partly owned by the Kremlin and partly via a company called Prime by Putin’s associate, billionaire Yuri Kovalchuk, 69, dubbed his “main purse” and “sponsor of palaces”.

Two floors in the sepserate spa building are hidden underground replete with a cryo chamber for extreme cold therapy, and a mud bath, in a 7,000 square metre relaxation facility.

There is also a specialist float pool – a large bath where you lie in extremely salt water that keeps you buoyed on the surface floating as if you were in space.

High profile Putin enemy Navalny's team also claimed the facility as its own dentist's surgery, a massage room and even a clinic of hair and skin care.

It is known Putin, 68, carefully cultivates his image – with his famous topless photoshoots and even claims he has had plastic surgery.

Also on the estate there is a 25-metre pool surrounded by contrasting hot tubs – as well as saunas, a Turkish bath, and a Thai massage podium.

It is allegedly also equipped with Putin’s special massage chair illuminated by a special infrared lamp. 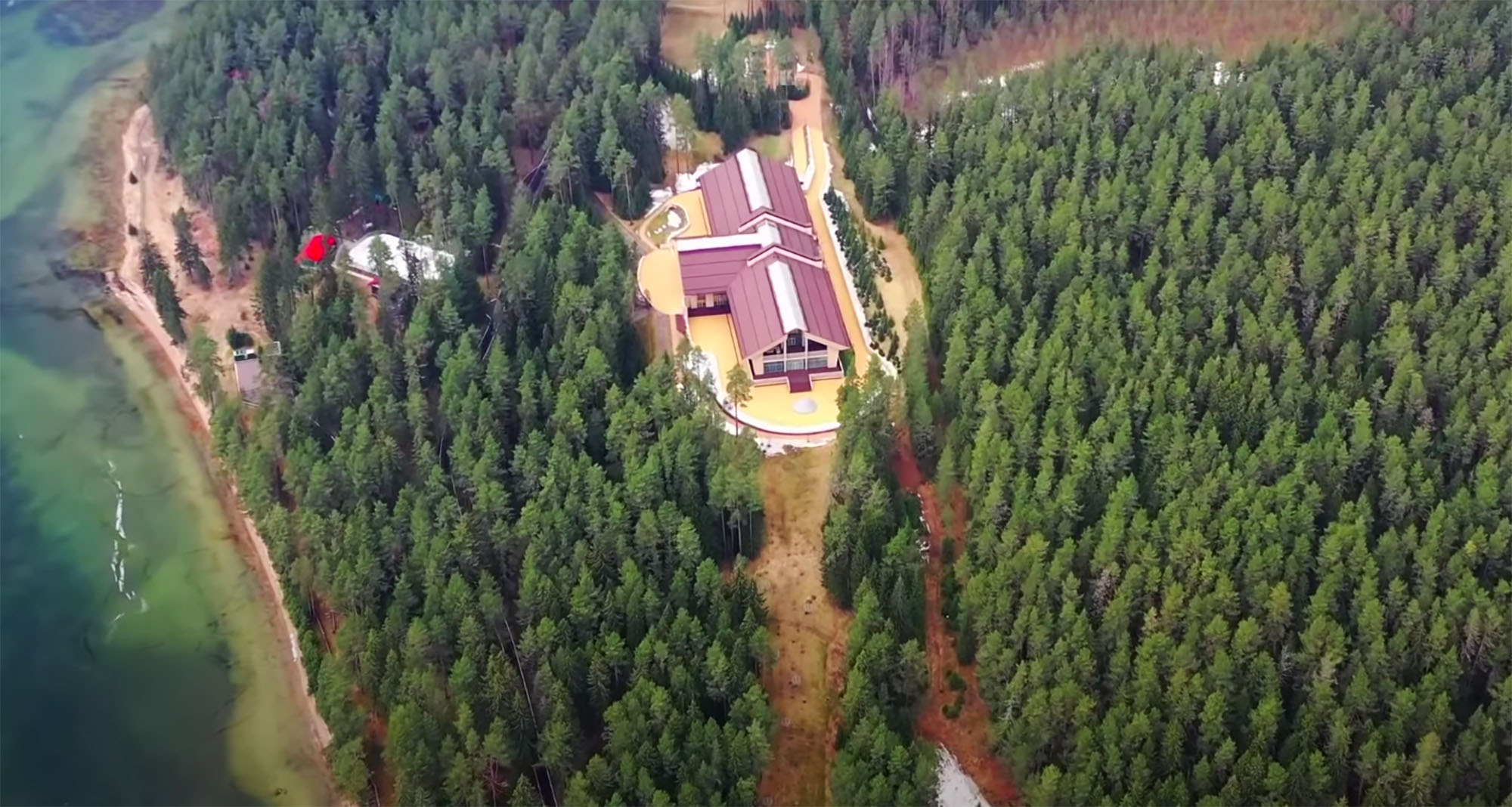 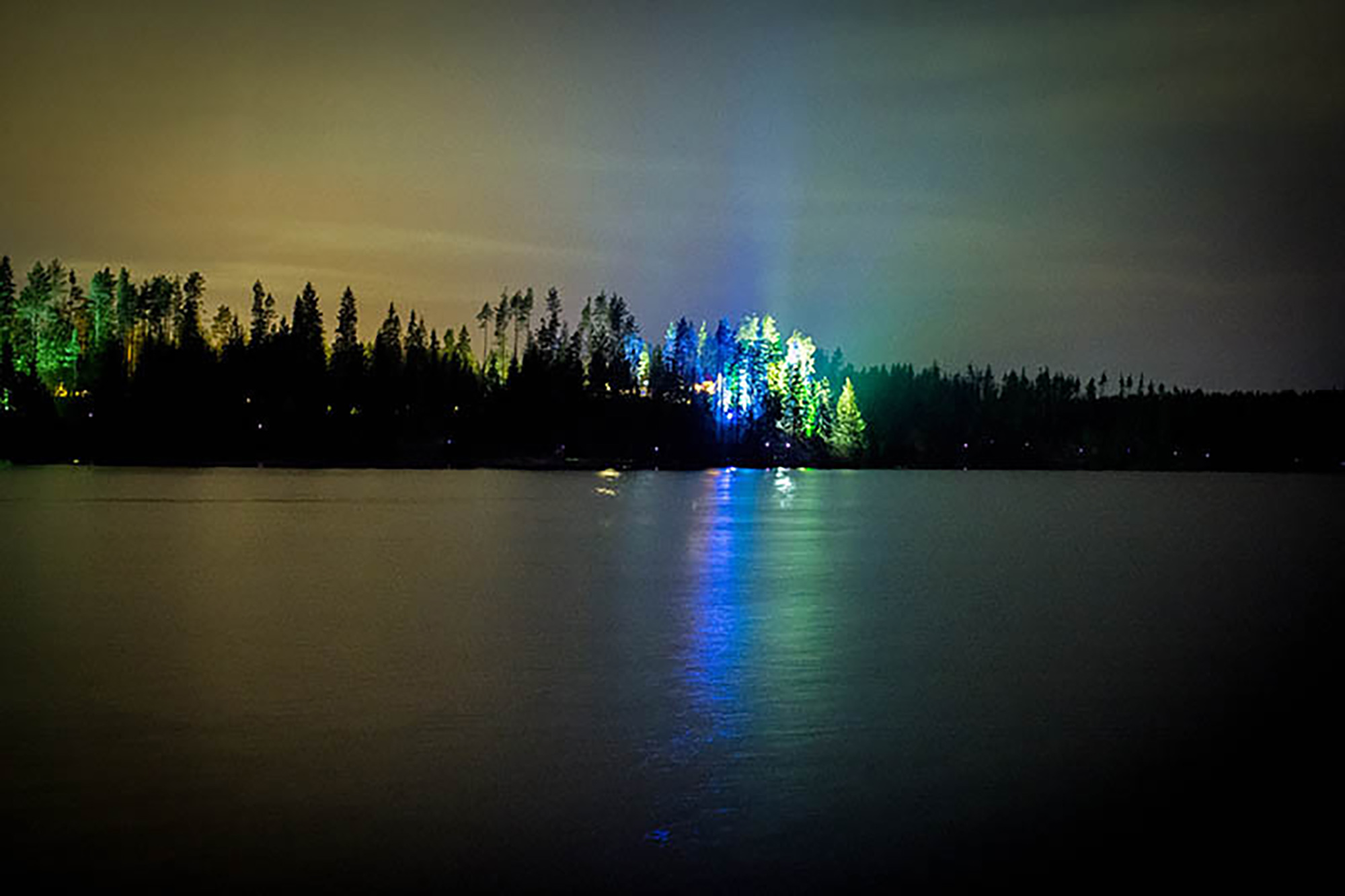 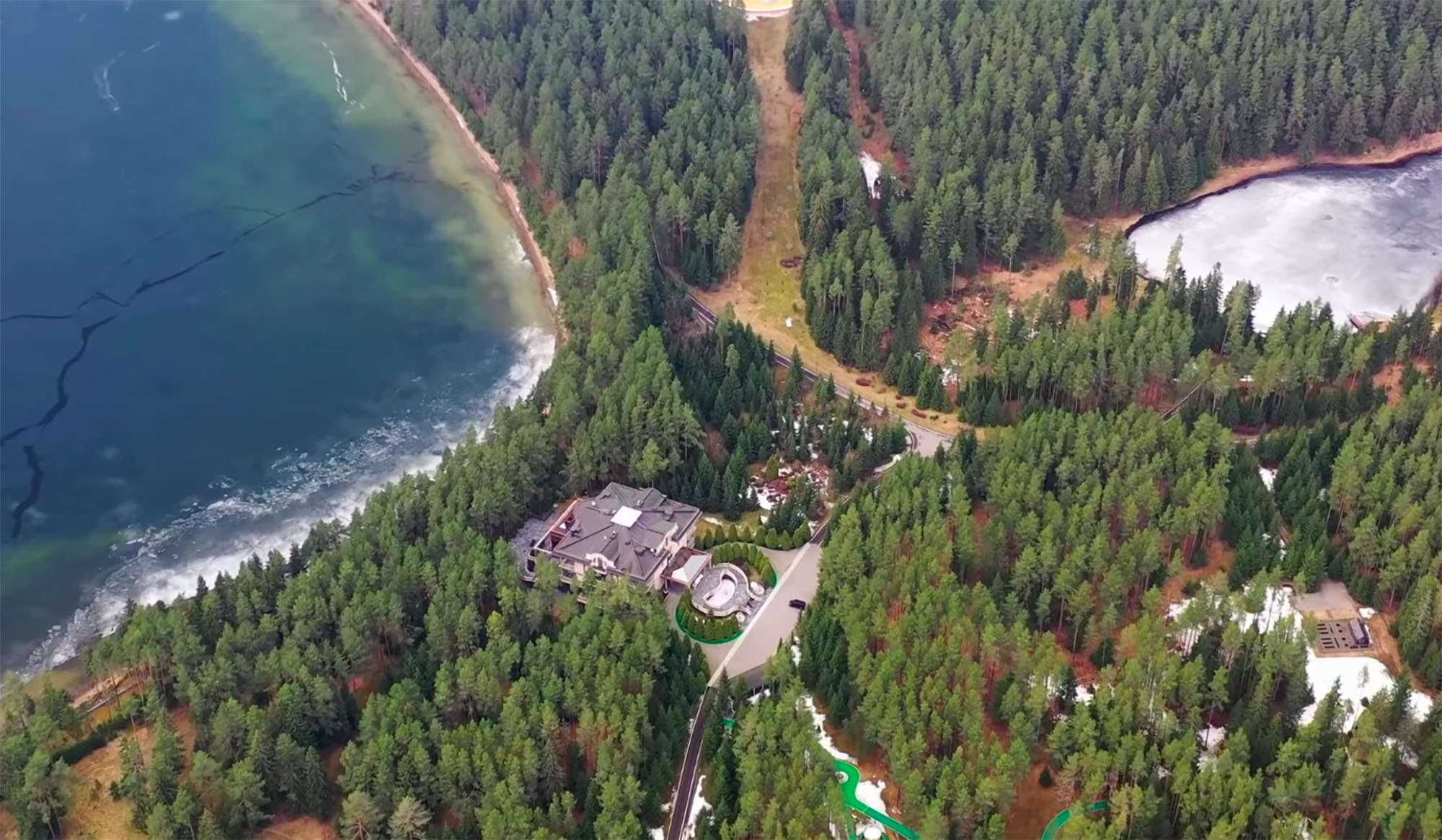 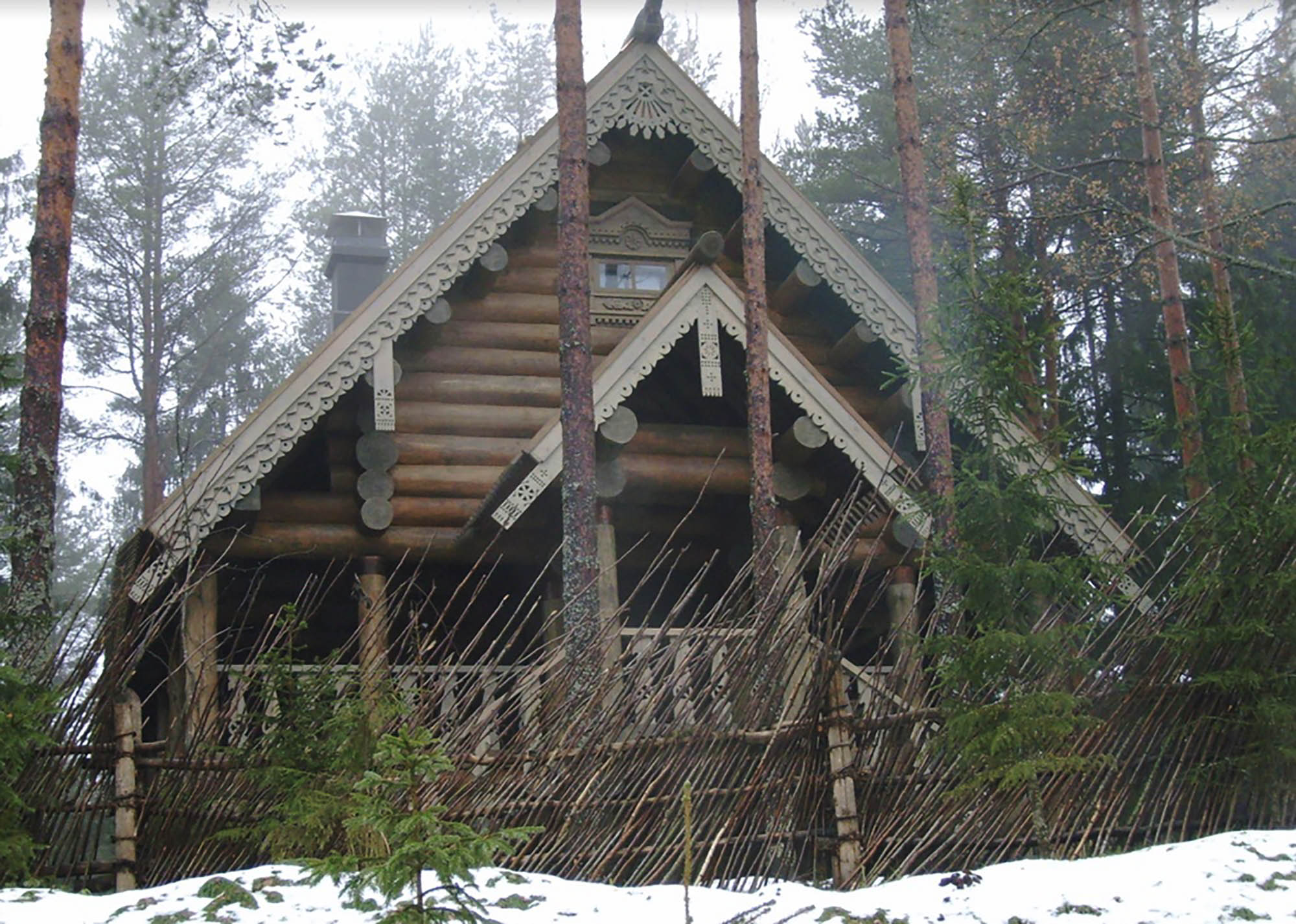 "The main house is quite modest by Putin's standards, but it is very carefully hidden,” said a video produced by the Navalny team.

The main house is a mansion with balconies, terraces, and a main staircase with a fountain.

“There is a Chinese pavilion on the shore which is a guest house” and also a church on the Novgorod region luxury hideaway.

It apparently has a 2,485 square metre indoor skating rink.

Navalny’s London-based aide Maria Pevchikh said in the video that “(Putin) himself, his relatives, children, lovers, along with relatives and children of these lovers, are literally inundated with super-expensive real estate”. 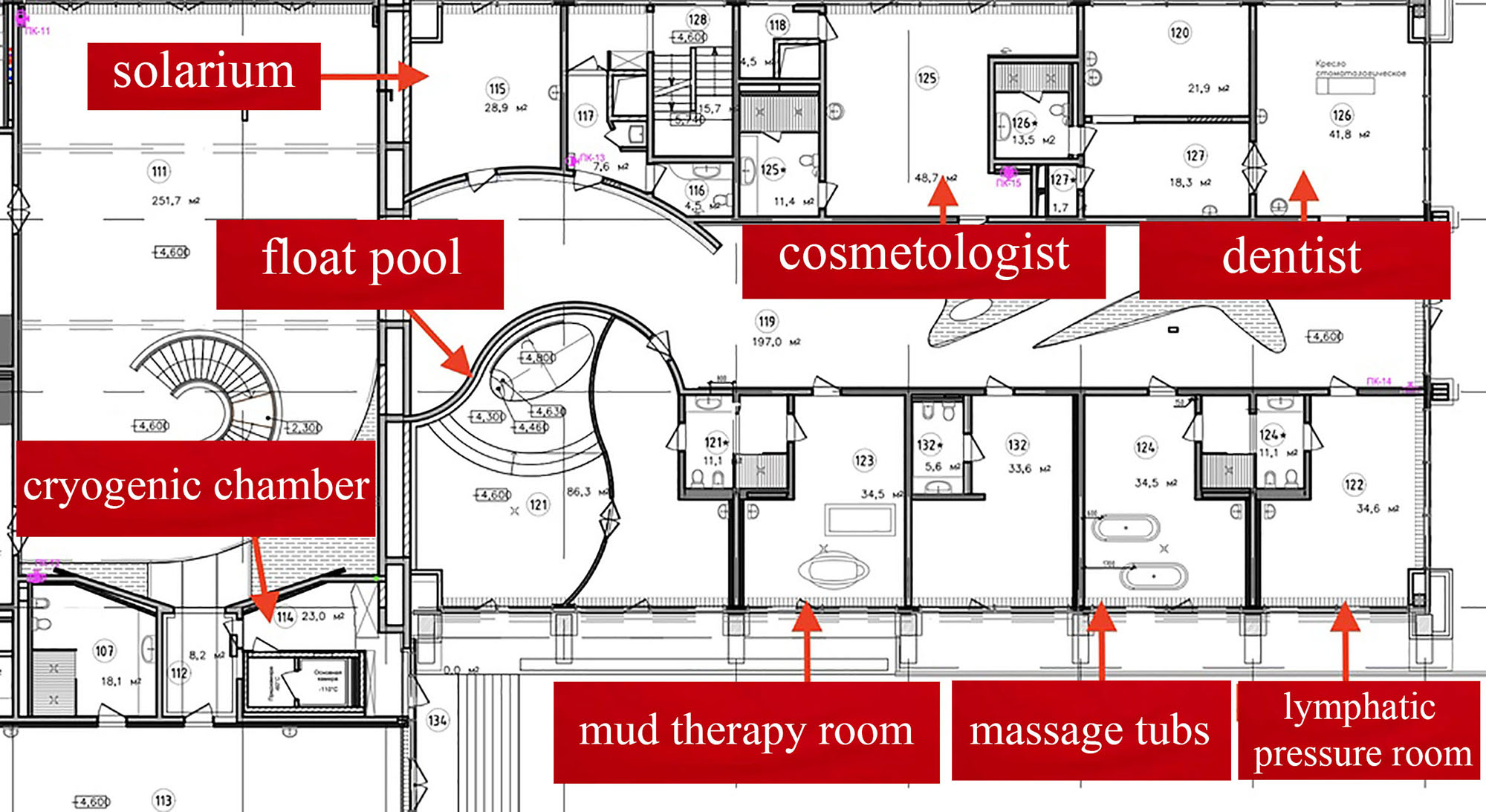 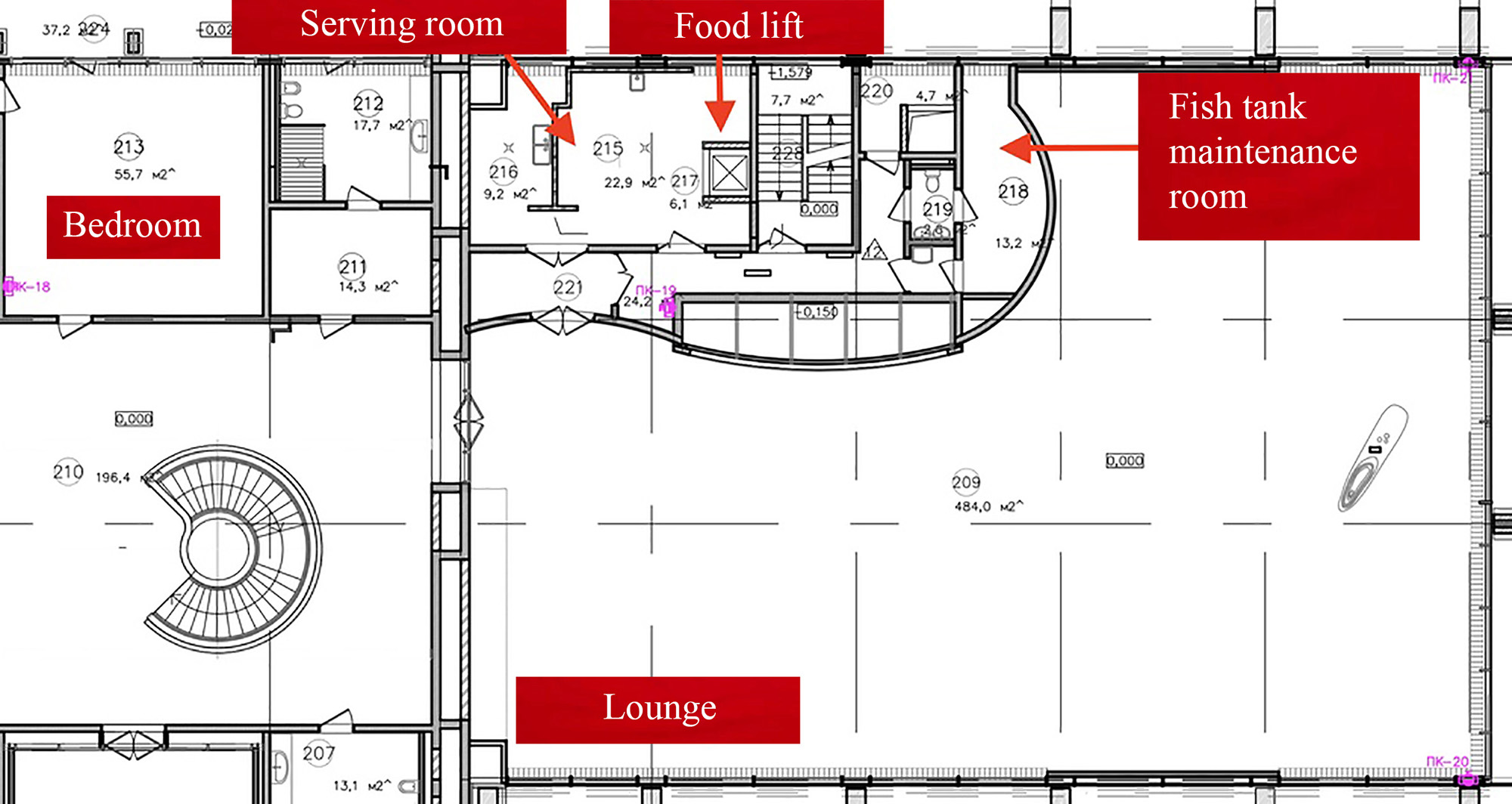 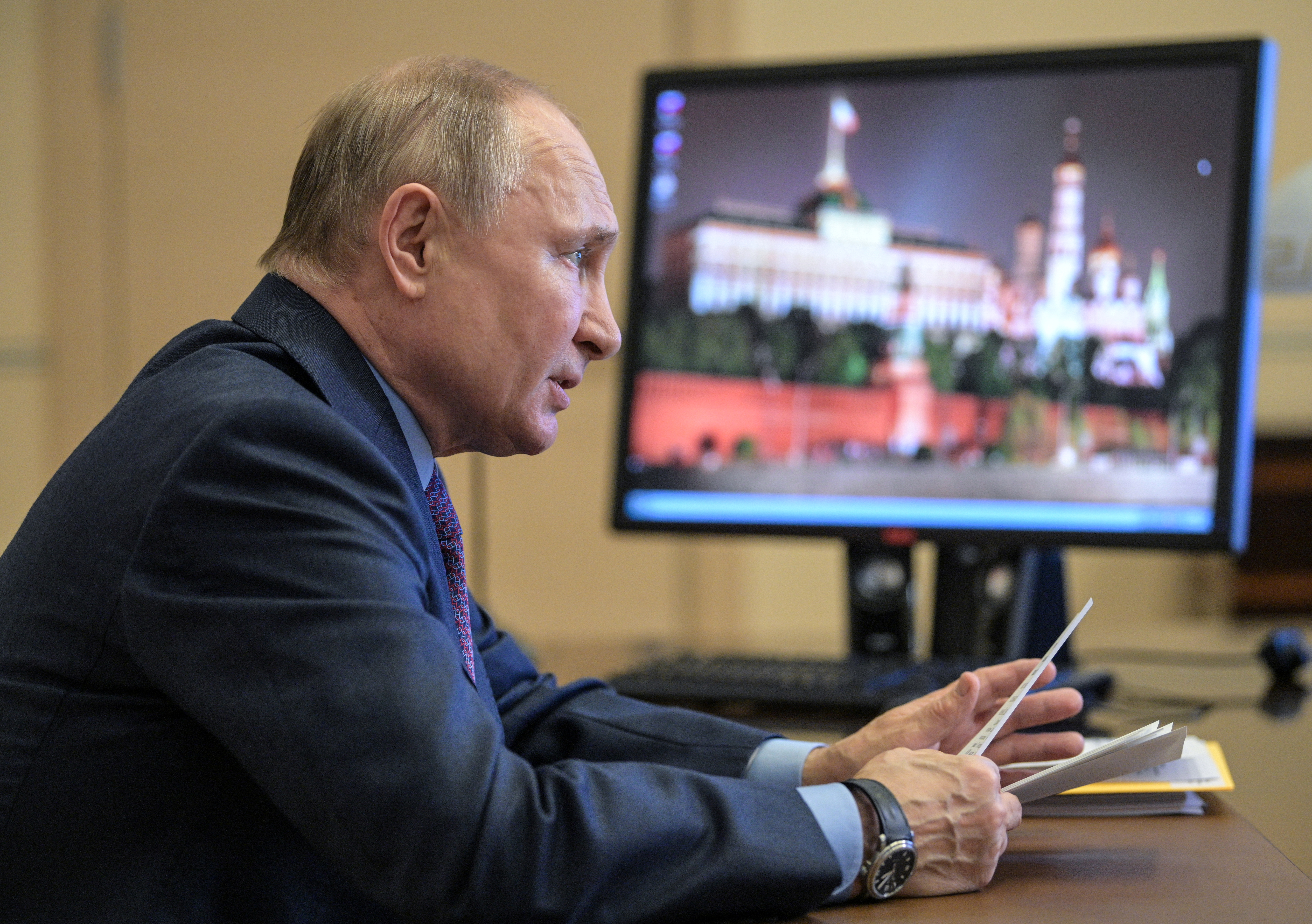 Russia’s hardman leader Vladimir Putin is reported to be worth £160bn and is said to live like a king on his extraordinary wealth.

His critics claim he has amassed a huge personal fortune and owns a fleet of yachts, cars and secret presidential palaces.

Putin always talks down his wealth – claiming to enjoy a relatively modest state wage of around £100,000.

However, experts say he is really 60 TIMES richer thanDonald Trump.

Another close Putin friend, billionaire Arkady Rotenberg, 69, later claimed the property was his.

The opposition leader – who was allegedly poisoned by a chemical nerve agent planted by an FSB hit squad – calls Putin the world’s richest man.

He argues that Putin has a “slush fund” to cover the expenses of his extended family.

Krivonogikh is reportedly the mother of his love child, now aged 18, known as Luiza Rozova. 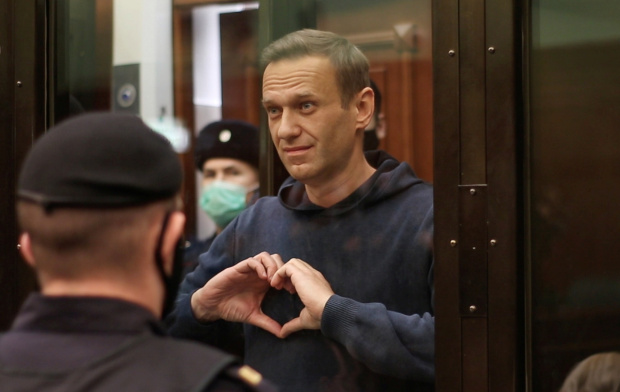 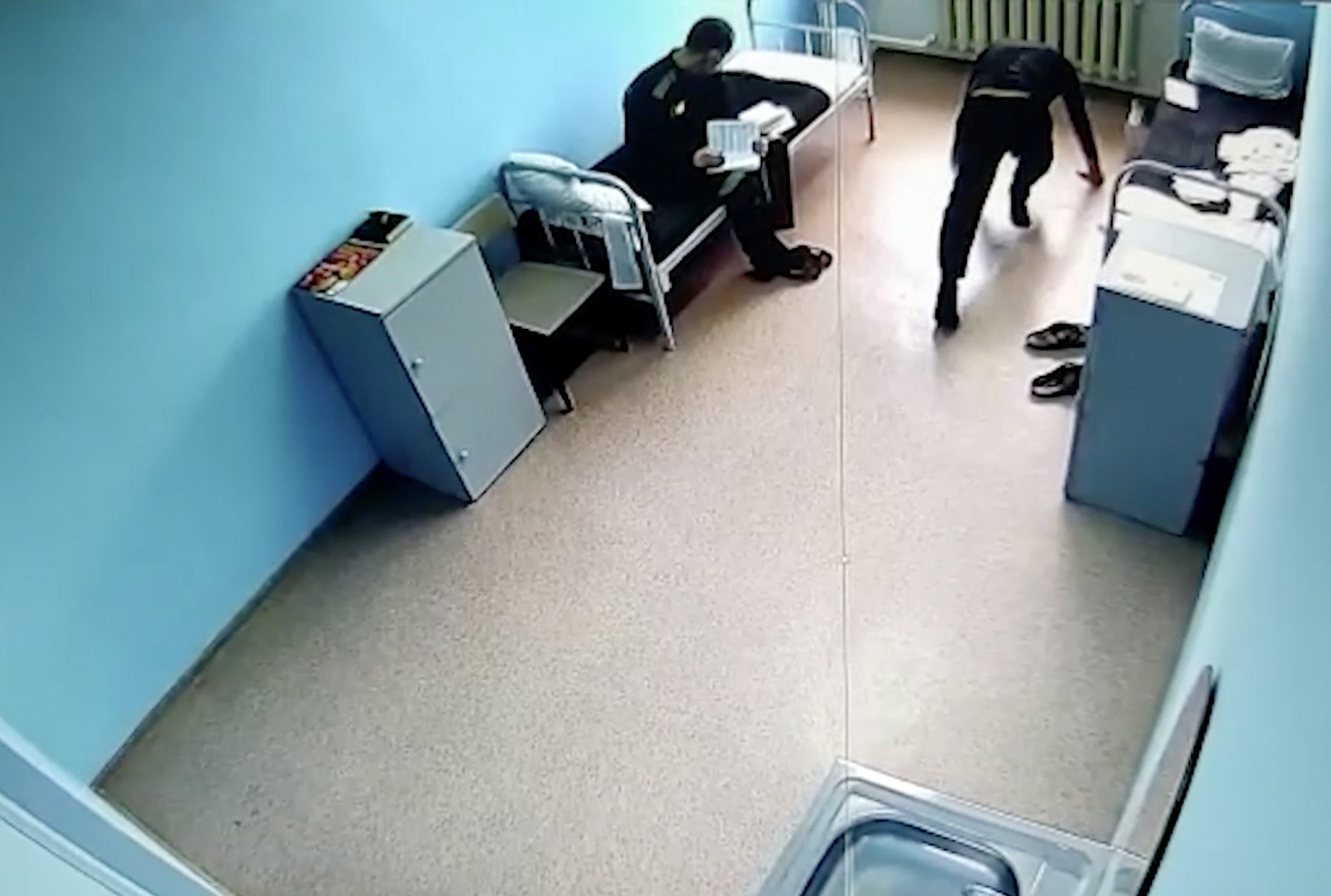 The alleged expose of the new secret palace comes as the anti-corruption campaigner remains on hunger strike in a grim penal colony.

The Russian authorities this week leaked a video of him in a hospital cell, apparently to show he is not as ailing as his aides and family claim.

However it is not clear when the video was made.

Navalny was imprisoned when he returned to Russia earlier this year following the alleged assassination attempt by the Kremlin.

After seeing him this week, his wife Yulia, 44, said: "After the visit with Alexei, I worry about him even more.”

Navalny had lost 20 pounds since starting his hunger strike, over the failure to allow him to be treated by a doctor outside the prison service for back and leg problems, Yulia claimed.

Earlier this month in a message to his jail governor, she wrote starkly:  “If something awful happens to Alexei, his death will be on you – and on Putin.

“Except that  Putin will hand  it over to you, and even hold you guilty.”

Before he was jailed for what he claims are political reasons, he said: “Putin – as befits a person who imagines himself a monarch – has a rich and eventful personal life.”

"The needs of our humble president are not at all limited to the Black Sea palace.”

The Kremlins has disputed Navalny’s claims about Putin's wealth and properties.