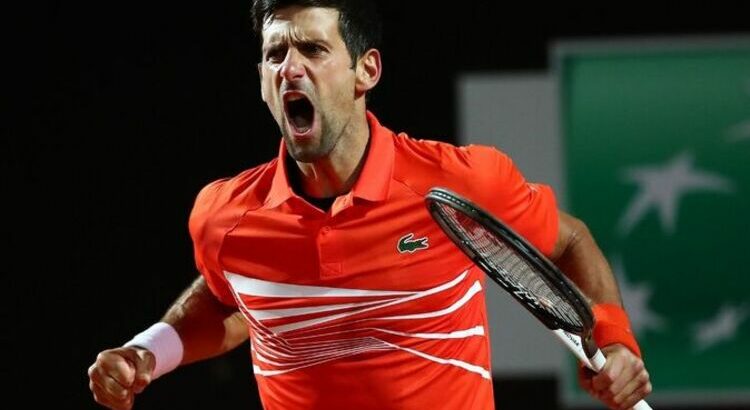 Djokovic row: Andrew Allison defends him, saying its his 'choice'

The world No 1 has apologised for going through with the interview with L’Equipe while positive with Covid, and explained he “didn’t want to let the journalist down”. After the 34-year-old was deported from Australia earlier this year after two visa cancellations and two court challenges over concerns surrounding his vaccination status his movements came under scrutiny.

The Serbian tennis star had travelled to play the Australian Open under a medical exemption linked to a positive coronavirus test on December 16, but just two days later he did an interview with L’Equipe in Belgrade.

Writing on Instagram at the time, he apologised for going ahead with the 33-minute interview and photo-shoot.

He wrote: “I accept that I should have rescheduled this commitment.”

However, speaking to Serbian national TV (RTS) on Friday morning he called the move “selfish” and owned his actions.

He stated: “I admit that it was selfish what I’ve done by attending the interview with L’Equipe.

Mr Djokovic continued to explain under what circumstances the interview took place.

He said: “I respect the journalist Franck (Ramella) who did the interview, he is in tennis longer than I am.

“We delayed that interview for some time and I found out that I was positive after he already landed in Belgrade.

“I had my mask on throughout the whole interview, kept physical distance.

“I did take my mask off for the photoshoot, but both Franck and the photographer were a few metres away from me.”

Currently, Djokovic’s next scheduled tournament is at Indian Wells, which is a vaccinated-only event set to start on March 20.

Indian Wells organisers said in a statement valid proof of full vaccination would be required for entry into the venue.

However, despite his three year ban, the tennis star is keen to return to Australia and have a chance to win his 10th Australian Open title.

He said: “I want to come back to Australia in the future and to play on Rod Laver Arena again.”