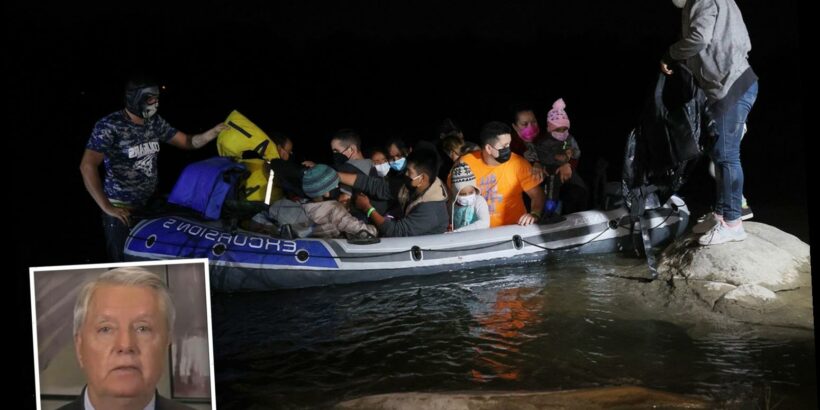 GOP Senator Lindsey Graham has accused the Biden administration of staging a "giant cover-up" of the mounting crisis at the US-Mexico border. 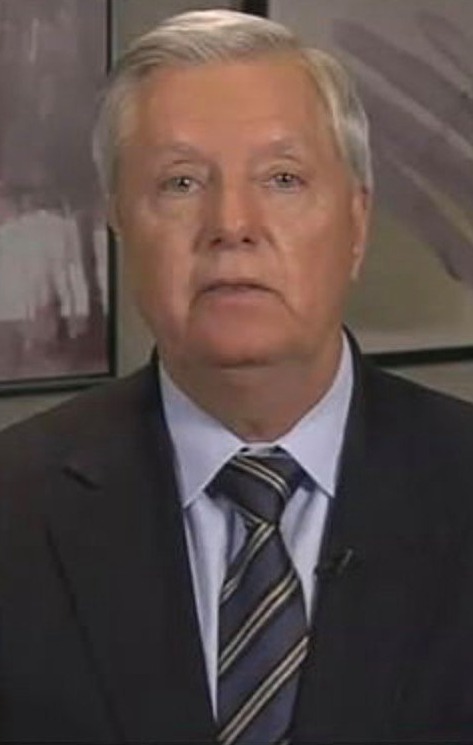 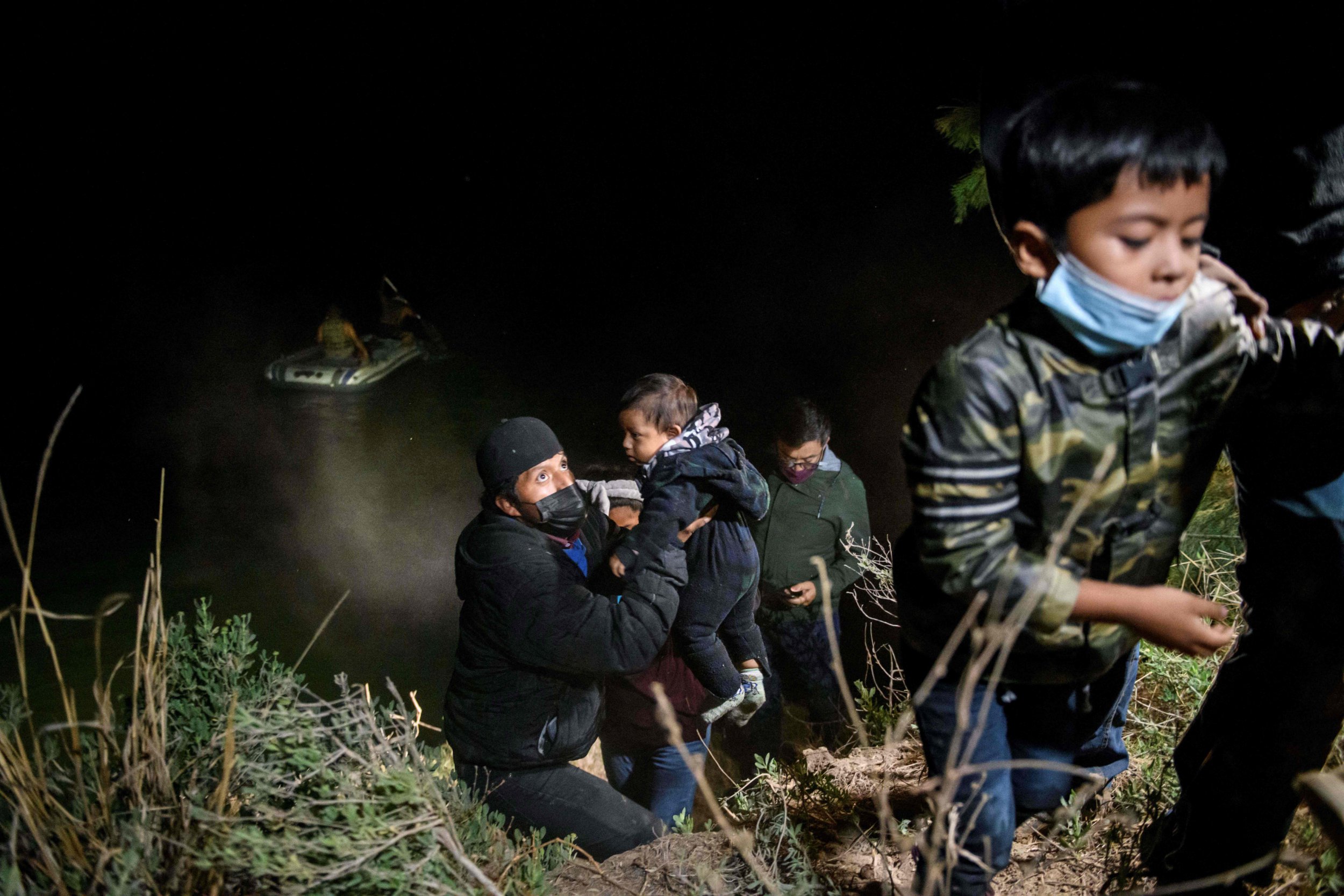 Graham's comments came in reference to a trip he and a dozen other Republican senators embarked on to the Southern Border on Friday.

Graham claimed to have witnessed a "giant cover-up" of the crisis at the border last week, adding that he wouldn't be surprised to see in excess of 150,000 migrants crossing into the US each month before long.

"I can understand why the Biden administration would not want the American people to know what's going on," Graham told the host. "I saw massive system failure."

When asked what he saw inside a border facility he toured in Donna, Texas, Graham responded: "What did I see? I saw 200 plus women and small children being processed in front of me. That were going to be released into the United States within eight hours.

"I saw children with numbers on their wrist, and here's what that means. They have family members in the United States, Sean. They send money back to Central America. They hire a human smuggler, a human trafficker to get them to the border. Once we catch them, your tax dollars are used to reunite with family."

He continued: "This is not catch and release. This is catch and reunite. They call the family member, the number on the child's wrist and the American taxpayer pays to reunite the family who is here illegally. It will send the wrong signal." 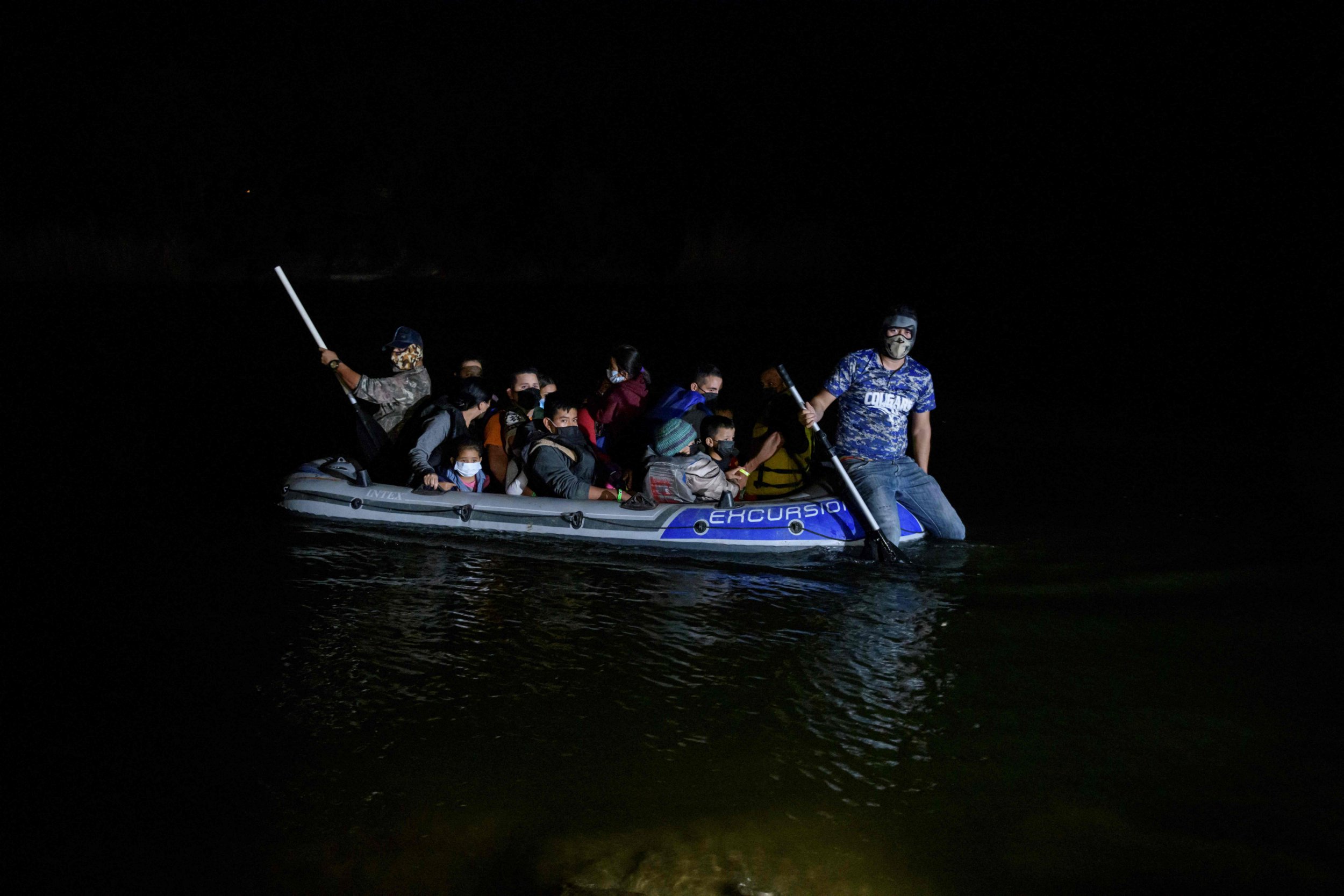 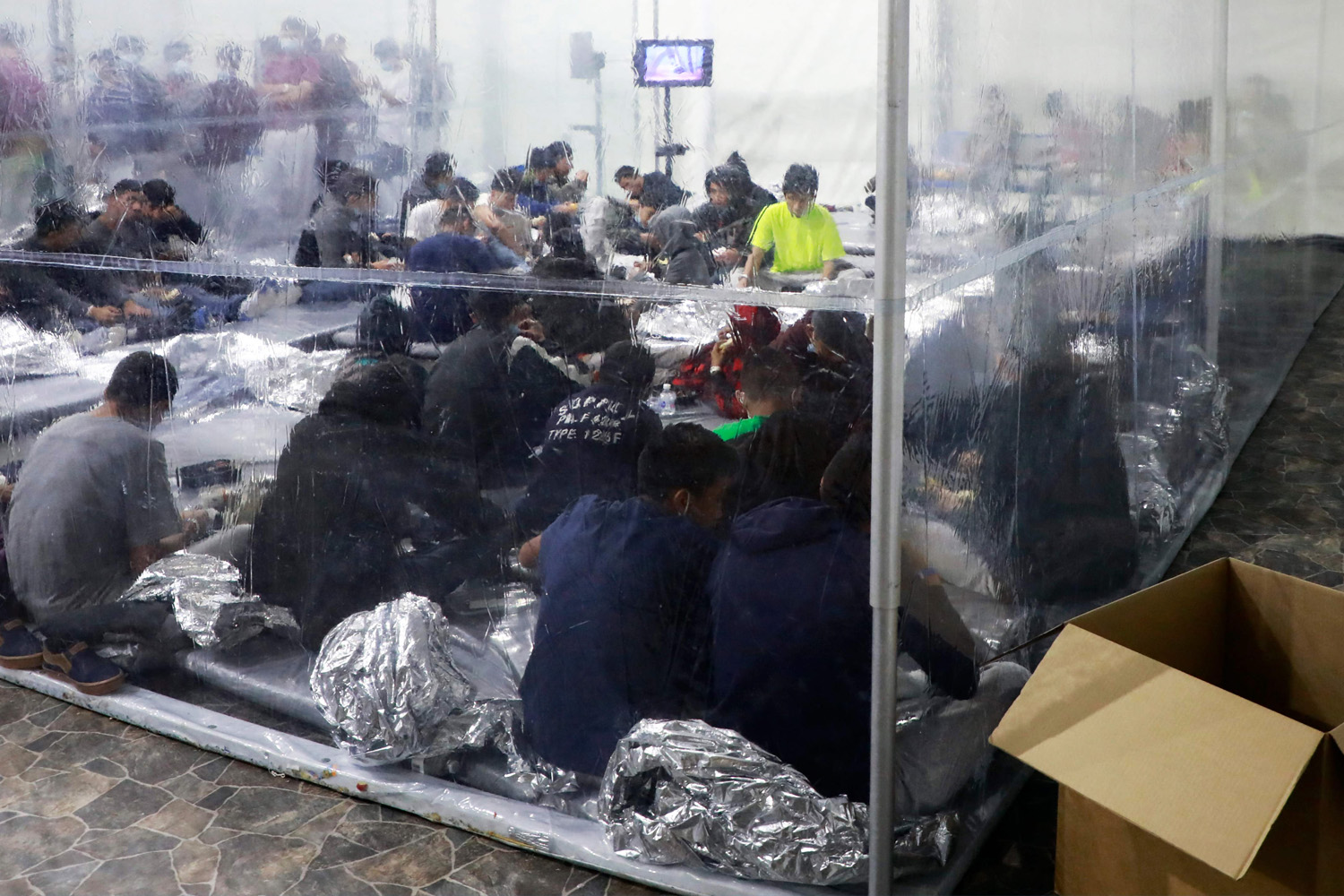 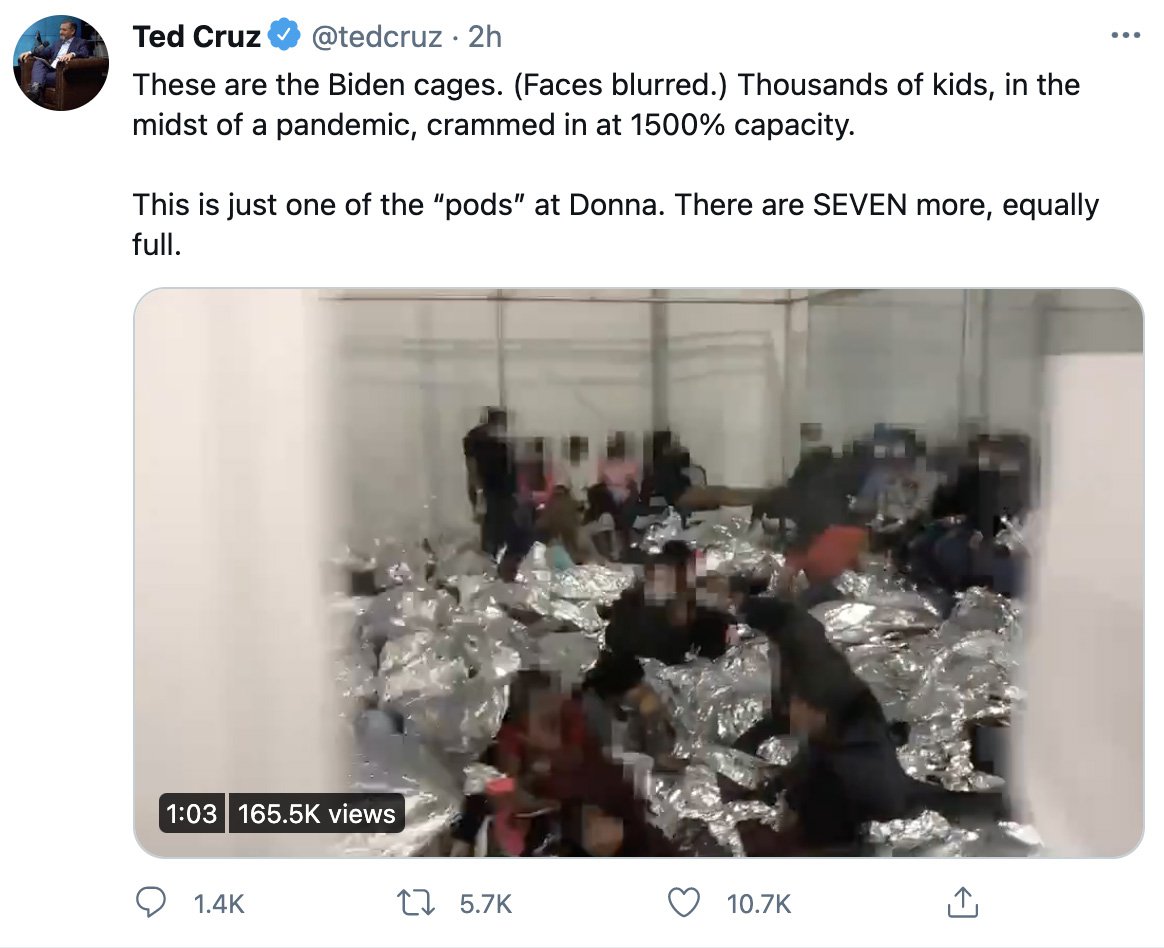 In summary, Graham said he believes "we'll have half of Central America in the United States in a year if we don't change these policies, and the conditions in which these kids live in were terrible."

Graham urged the Biden administration to send all of the migrants currently in federal custody back, "or they are going to keep coming."

"I have never seen so many incentives for illegal immigration as I see today," he said.

Prior to Graham's appearance, Hannity also spoke with Jeffrey Self, who was a Customs and Border Patrol (CBP) agent for more than three decades.

Self accused the White House of a lack of "operational planning to stem the flow", and of being focused instead on the "the threat of the aesthetics of this humanitarian crisis getting out more than it has." 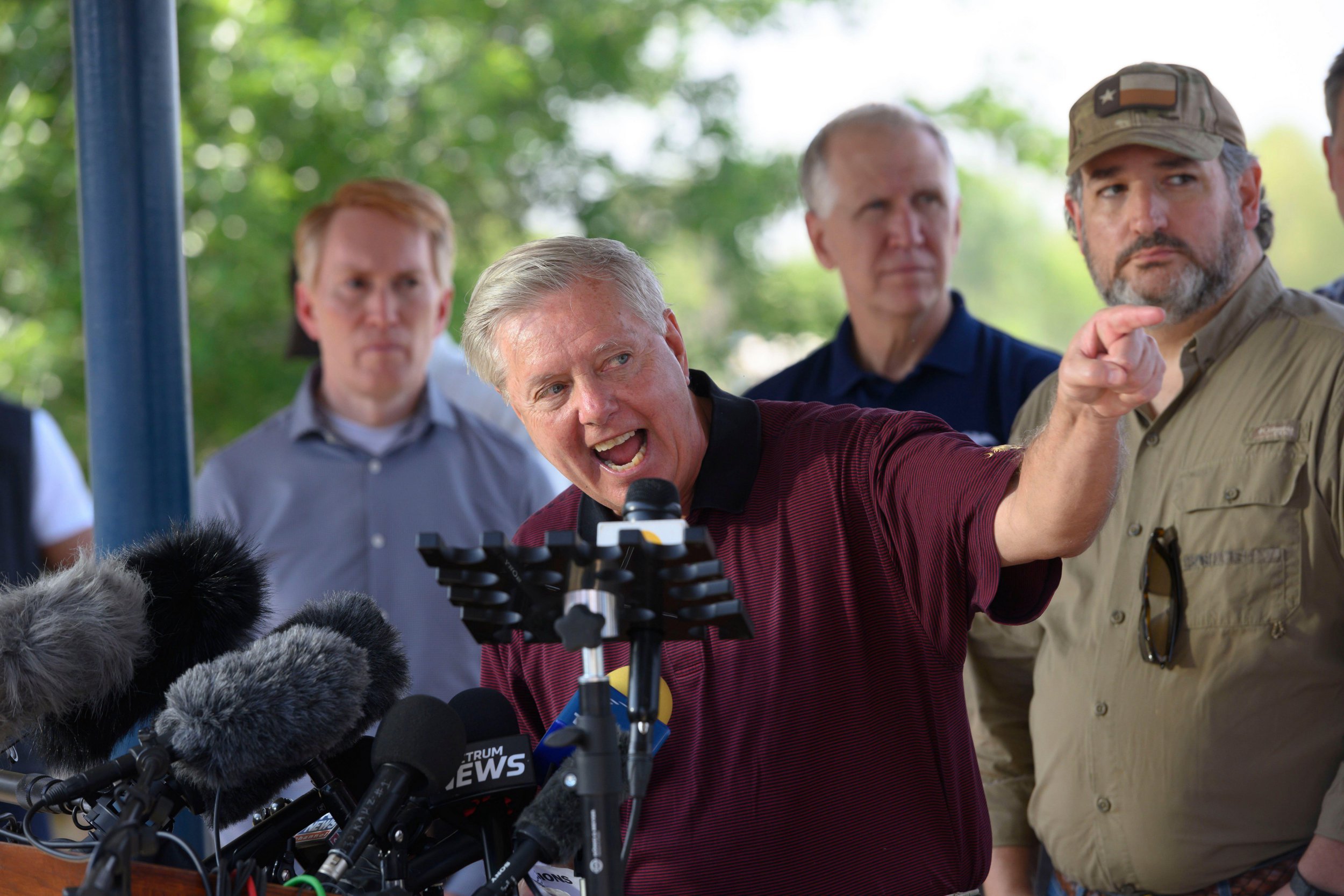 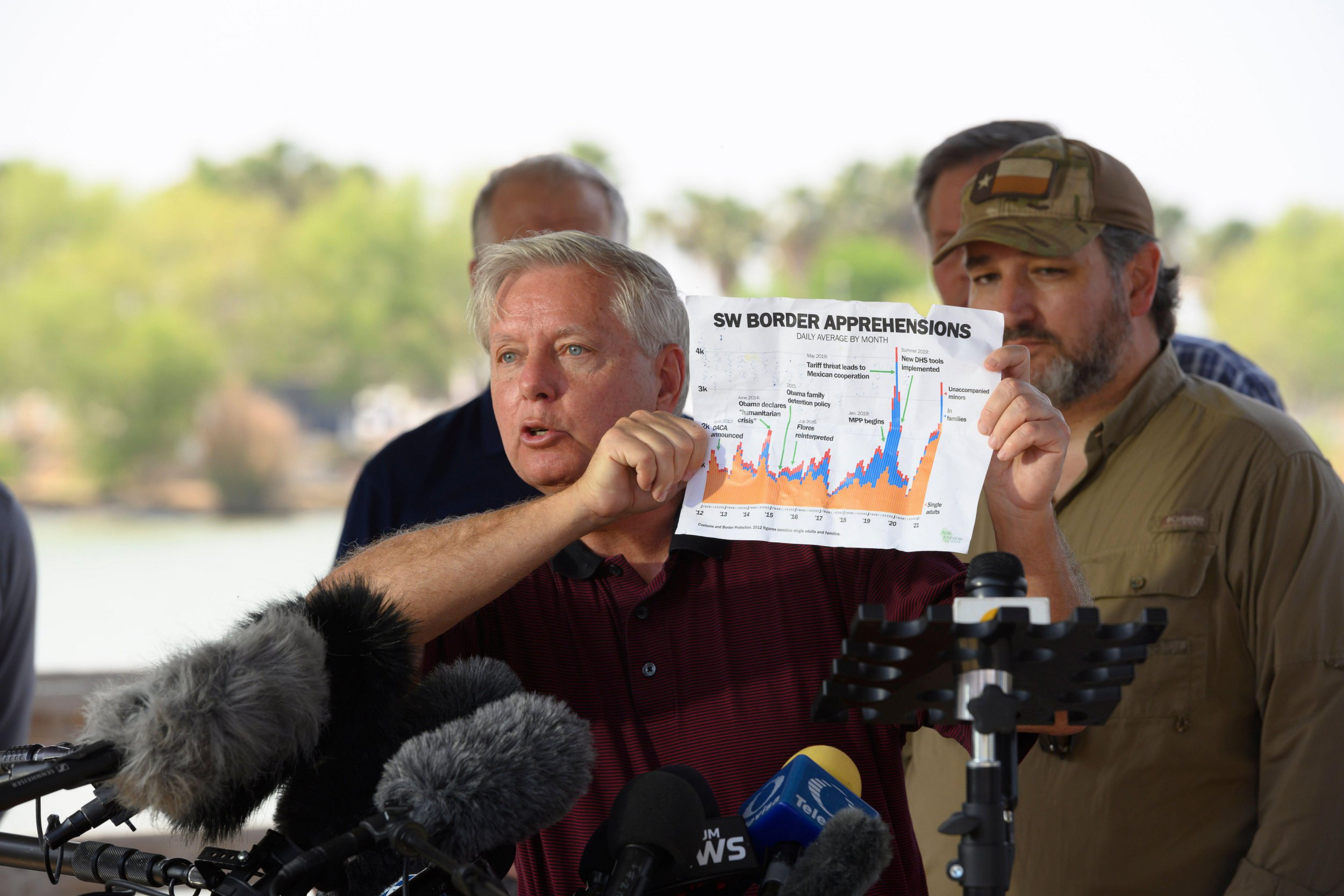 The retired CBP agent also blasted Democrats for failing to stand up for voters along the border line, and said they were also letting down migrants by allowing them to believe they should make the crossing.

"What needs to happen is some kind of planning for an enforcement action versus planning to move bodies," he said.

"The key to fixing this problem is our Democratic elected officials have to stand up. They need to put this inhumanity of these failed border policies above the party. 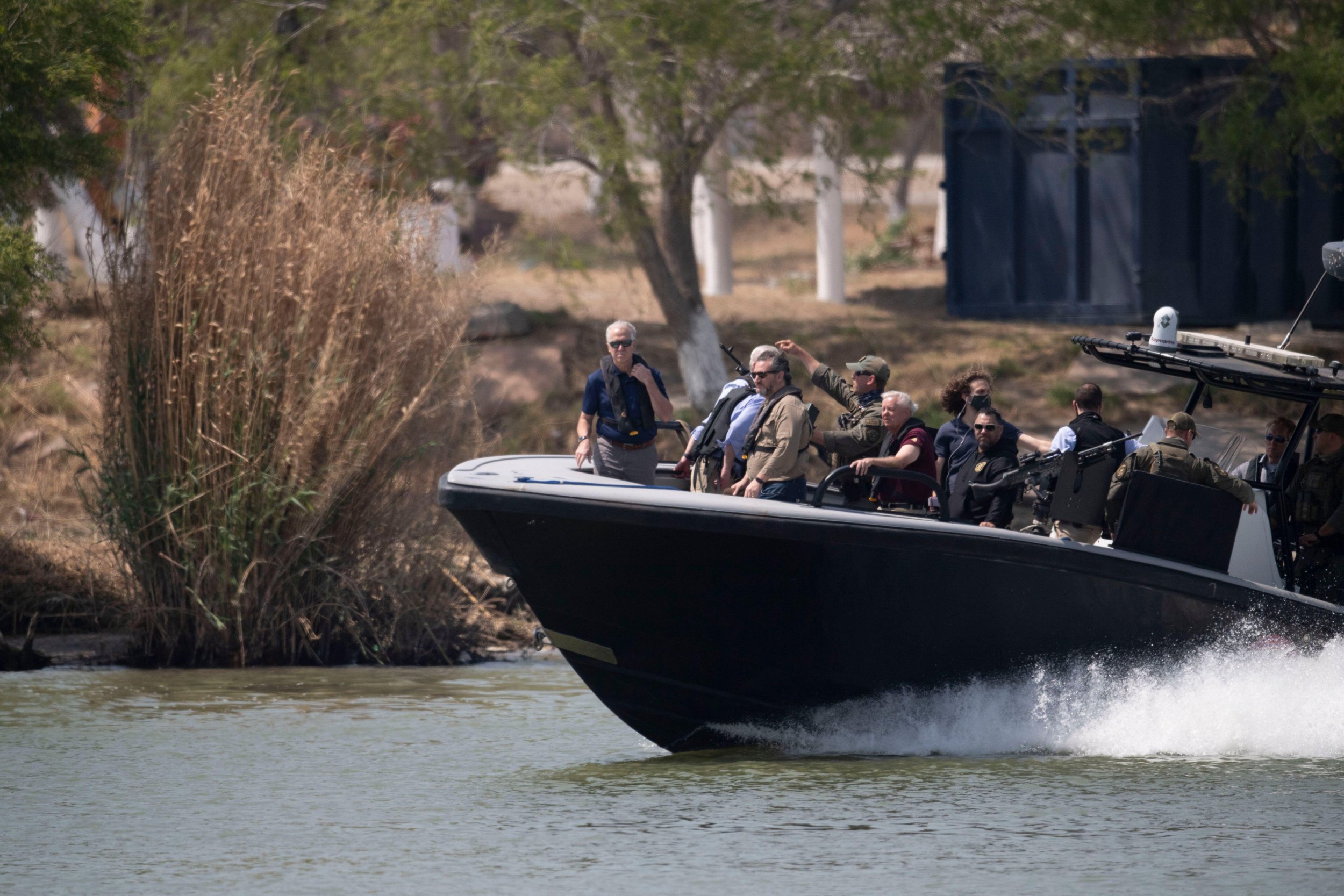 During Graham's trip to the border, Ted Cruz shared a video documenting what he described as "inhumane" conditions inside "Biden cages".

The images showed children laying on the ground with mylar blankets crammed inside pods 15 time their capacity.

Earlier in the day, he live streamed from the Rio Grande River, claiming to have seen cartel members and human traffickers "taunting" CBP agents.

Democrats have since blasted the excursion a "desperate … political stunt".

More than 16,500 unaccompanied migrant children were in federal custody as of last week.

More than 11,500 of those children were being housed in shelters and emergency housing sites, while another 5,000 were stranded in overcrowded Border Patrol facilities.

Under CBP protocol, the children are only meant to be held by CBP for a maximum of three days before being transferred to facilities run by the Department of Human Health and Services, which are better equipped.

However, the overcrowded conditions in CBP holding tents have caused significant delays, with hundreds of children being held in temporary facilities for 10 days or more.

In his first solo press conference last week, Biden called the conditions "unacceptable" and vowed to address to overcrowded conditions.