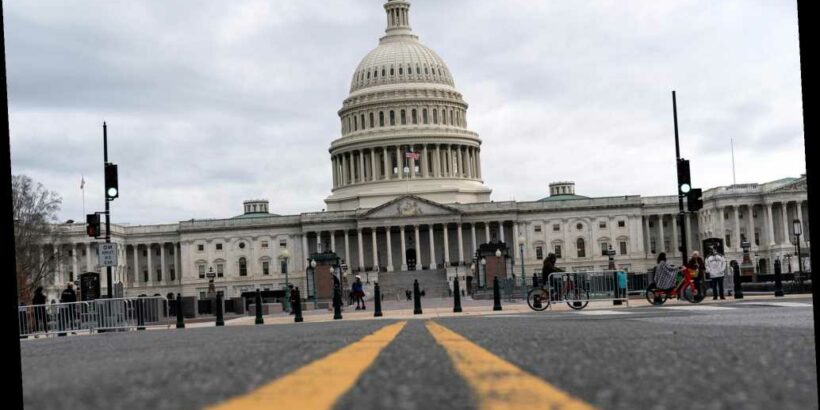 The Senate convened Friday for a rare New Year’s Day session to fight over $2,000 stimulus checks requested by President Trump.

Time is running out. The next session of Congress begins at noon Sunday, and if the checks aren’t approved by then, a House-passed bill dies and would have to pass again.

Many conservatives oppose increasing just-approved $600 checks to $2,000, saying it would add an estimated $462 billion to the national debt and potentially cause inflation.

Senate Majority Whip John Thune (R-SD) said Friday it would be “a shotgun approach where a rifle makes a lot more sense.”

“For once, we have progressive Democrats, conservative Republicans, the president himself and not to mention of course the majority — the vast majority of the American people singing from the same songbook in support of these checks,” he said.

Schumer said Friday would be the “last chance” to approve the stimulus checks.

“If the Senate does not take action today, $2,000 checks will not become law before the end of Congress, and they will know that Leader McConnell and the Republican majority have prevented them from getting the checks plain and simple,” Schumer said.

The fight over checks has become hitched to a different battle over whether to override Trump’s veto of a $740 billion defense bill. His veto will be sustained if the Senate vote does not occur by noon Sunday.

Senators are expected to vote Friday on whether to proceed with the veto override, which would be the first of Trump’s presidency. Sixty votes are needed to end debate, meaning some Democrats are needed, even without agreement on $2,000 checks.

Trump said he vetoed the defense bill because it did not repeal Section 230 of the Communications Decency Act, which shields tech companies that host third-party content, because it seeks to hamstring his drawdown of troops in Afghanistan from 4,500 in November to 2,500 by Jan. 15 and because it would force the renaming of 10 military bases that honor Confederates.

If the checks were to be approved, the amount of relief would decrease for people with higher incomes.