Fire him! Senegalese football team refuses to accept Lord Sugar’s apology over ‘racist’ tweet about their World Cup bid as a Government aide demands he is sacked

Lord Alan Sugar has been accused of racism and should be punished after he shared a ‘racist’ image on his social media.

The British business magnate was forced to apologise to the Senegalese football team during their World Cup bid after an image was being circulated of them, next to another picture of fake designer goods.

Handbags and sunglasses which were clear knock-offs were pictured, next to the team, with the caption: ‘I recognise some of these guys from the beach in Marbella. Multi tasking resourceful chaps.’

The Tweet only stayed on The Apprentice star’s Twitter page for around thirty minutes but the damage was already done.

Initially, he attempted to defend his post, calling it a ‘bloody joke’. 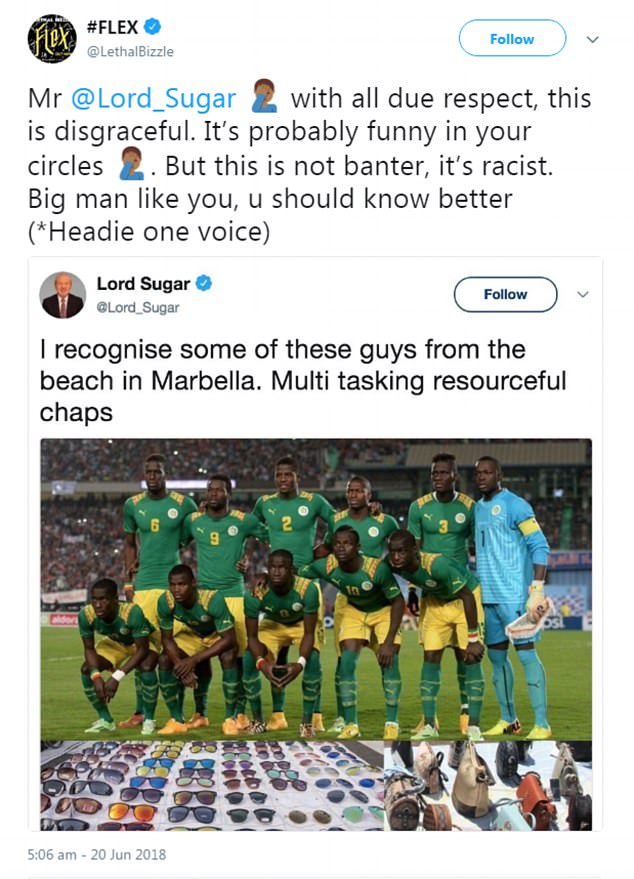 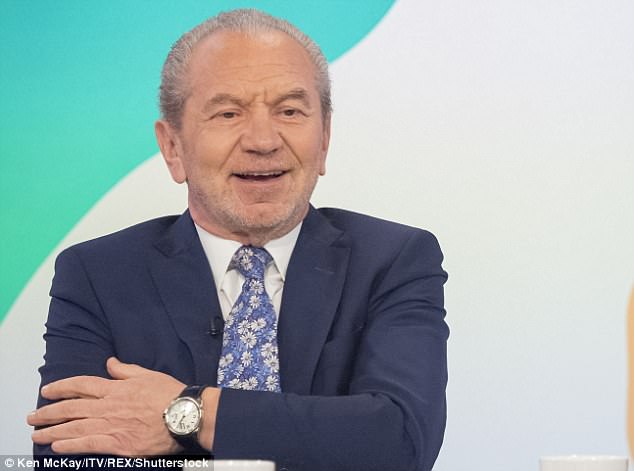 Some people said the businessman’s generation are more prone to offensive comments, but called on him to apologise 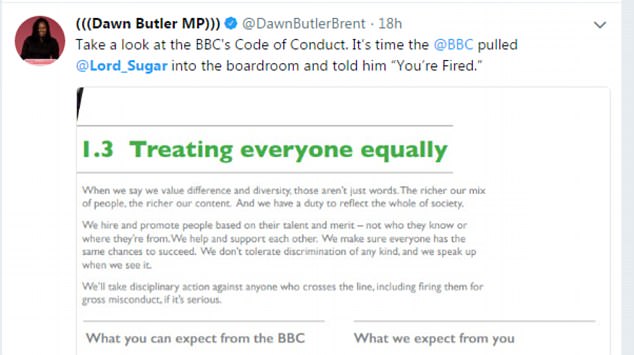 Lord Sugar was labelled ‘ignorant’ and his comments ‘hurtful’ by youth and sport advisor to the country’s president Macky Sal, Ndongo Ndiaye.

Speaking to The Times at the Senegal team’s base in Kaluga, Mr Ndiaye said: ‘Everyone here is talking about this tweet, it has made headlines in Senegal too.

‘I think it is very ignorant from someone in his position. Of course, there must be freedom of speech but this was wrong and it is hurtful to the players and people from Senegal. If I was his boss, if I was responsible for him, then I would fire him.’

Despite racism fears over the black and ethnic minority players going to the World Cup, Senegalese players, officials and fans had not experienced any racism, Mr Ndiaye said.

‘It has been fantastic, we have been made very welcome. 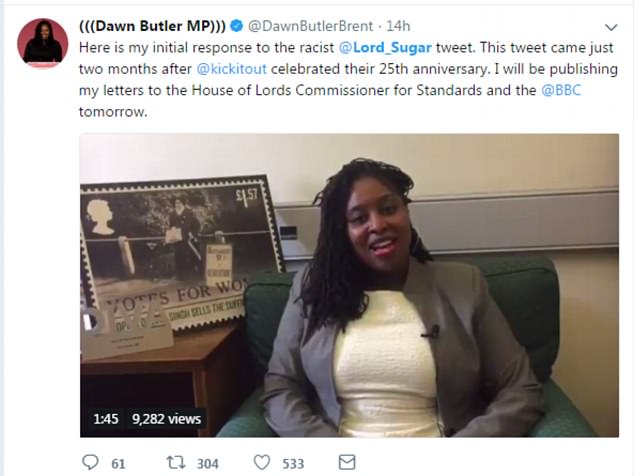 Dawn Butler, Labour Party politician for Brent Central, said she was not going to let the issue rest 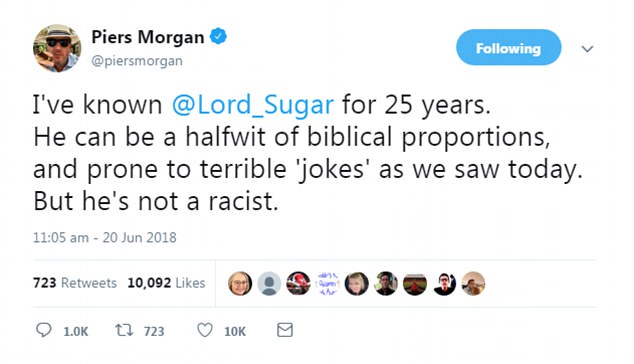 ‘Everyone has been very friendly and it has been a great atmosphere. Instead of this ignorant tweet I prefer to think of a video that has been popular in Senegal from our first match which shows a fan from Australia and a fan from Senegal meeting for the first time, deciding to swap shirts and then hugging. This is what the World Cup should be about, bringing people together.’

Despite the upset the team won their first game with a 2-1 victory over Poland.

They face Japan in their next game on Sunday.

The team’s manager, Aliou Cisse, is the only black head coach of the 32 teams and he was also the captain when Senegal last won a World Cup game, beating France in 2002.

A spokesman for Lord Sugar told The BBC: ‘Lord Sugar has acknowledged this was a seriously misjudged tweet and he’s in no doubt about our view on this. It’s right he’s apologised unreservedly.’

He also tweeted to say he ‘misjudged’ sharing the image.

‘It was in no way intended to cause offence, and clearly my attempt at humour has backfired. I have deleted the tweet and am very sorry,’ Lord Sugar said.