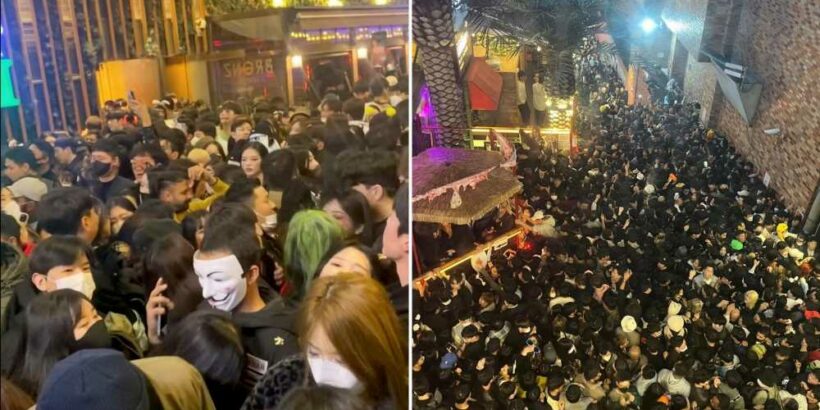 A DEADLY crush killed at least 153 as tens of thousands of Halloween fans attempted to push down a narrow alleyway just 12 feet wide.

Chaos erupted on the streets of Seoul, South Korea, on Saturday night as more than 100,000 people rammed into the popular party district Itaewon. 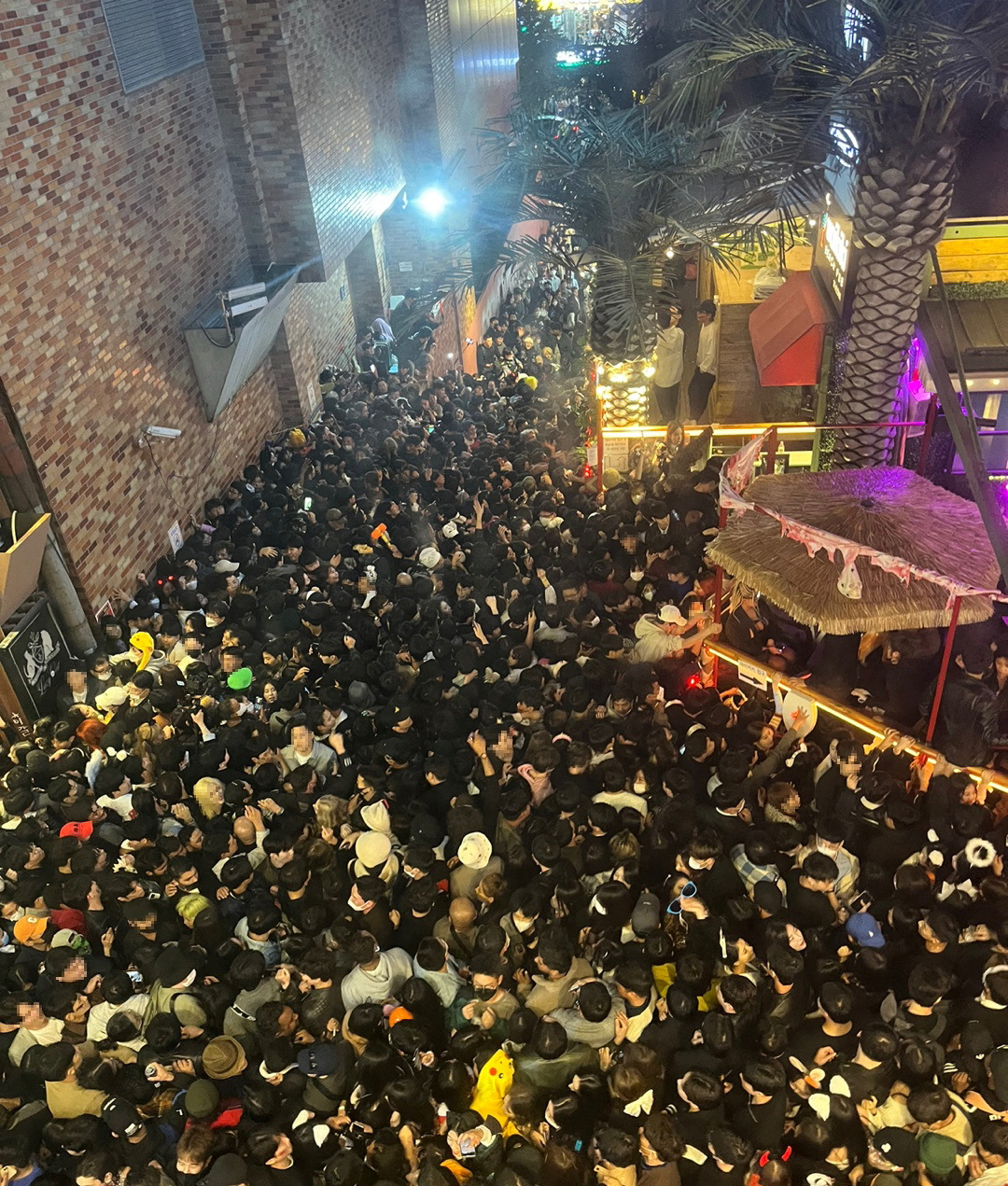 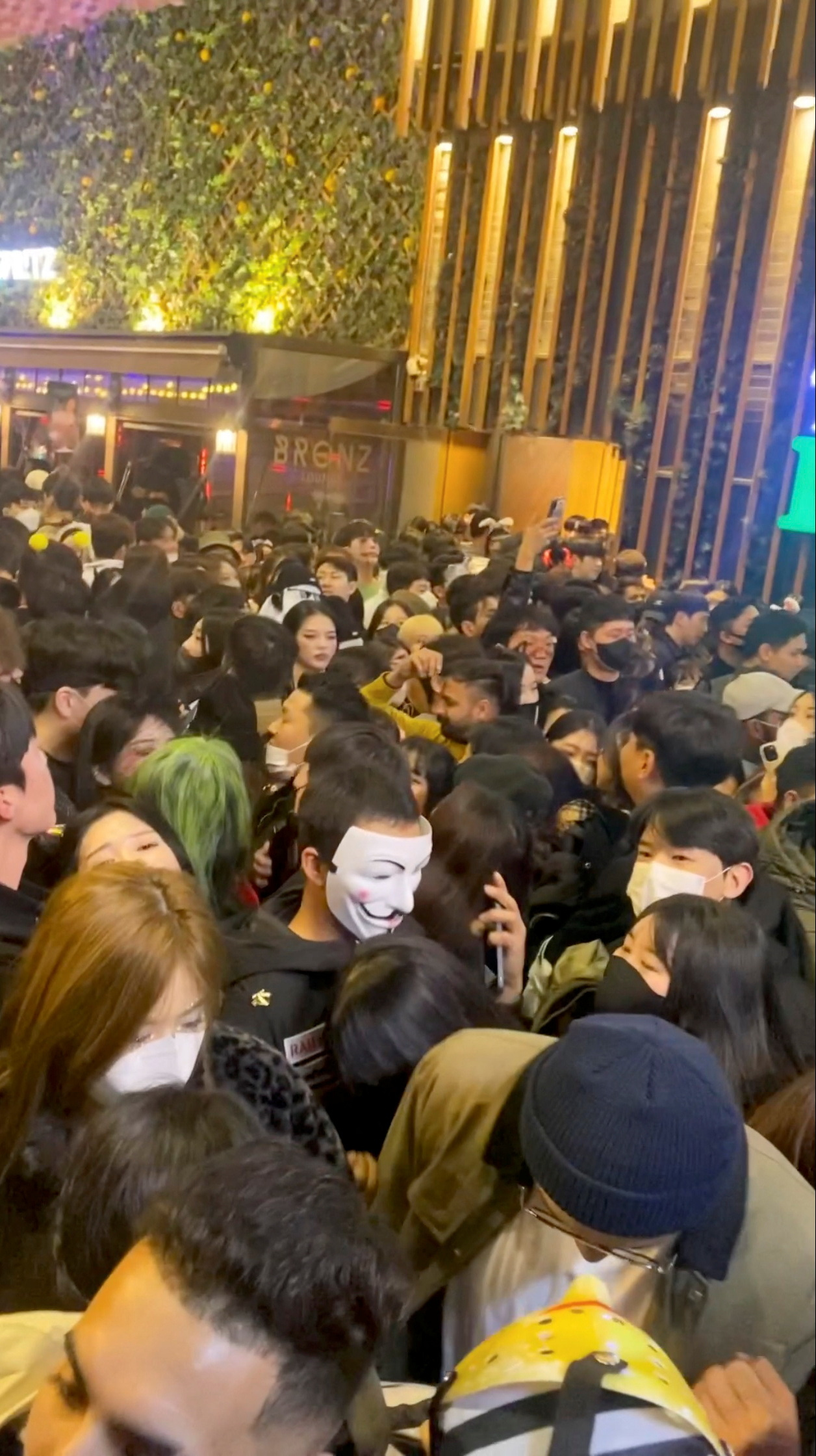 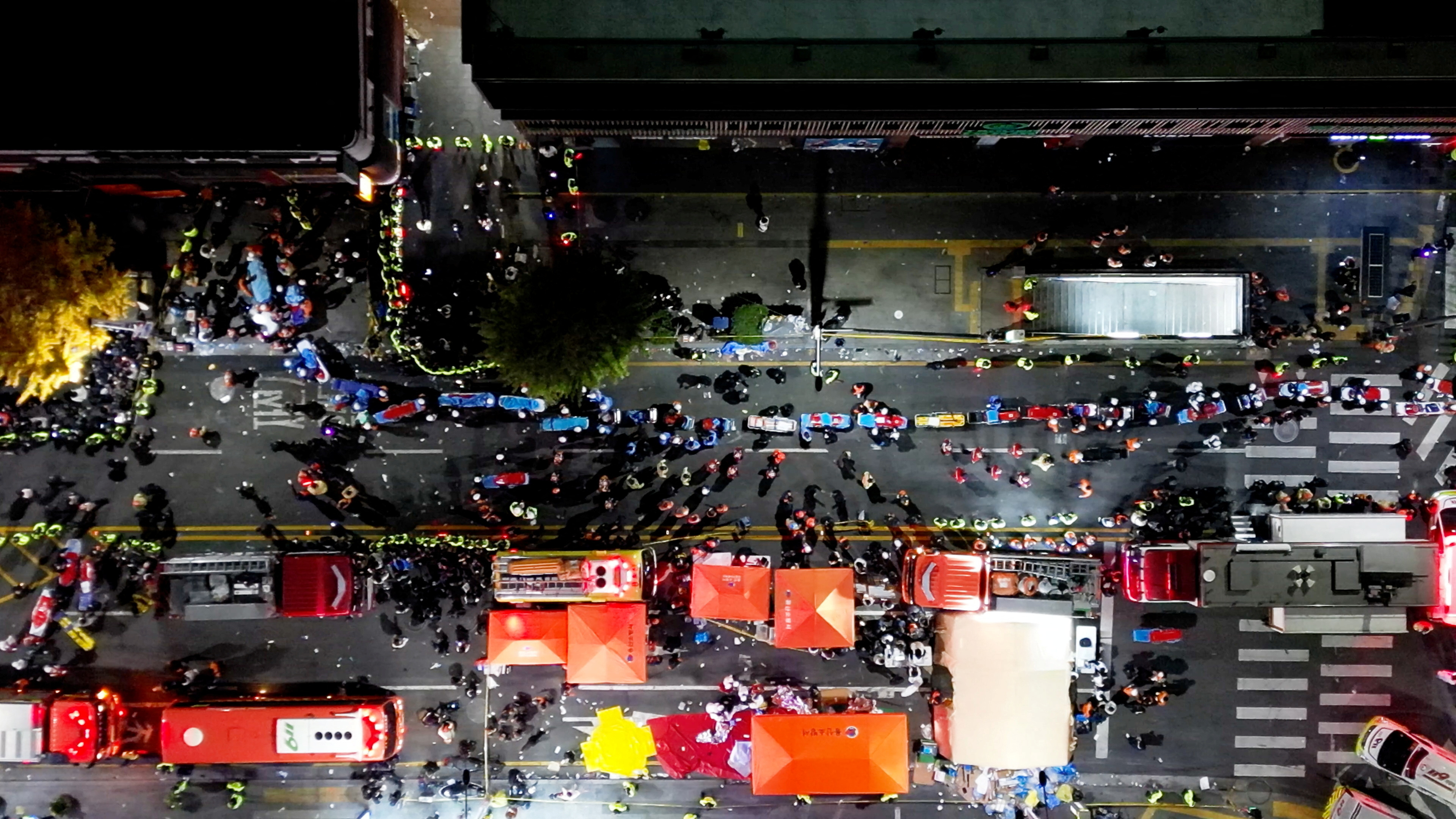 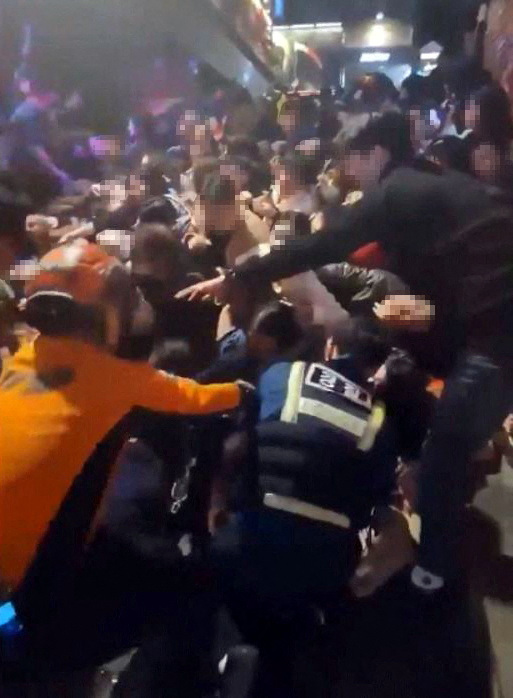 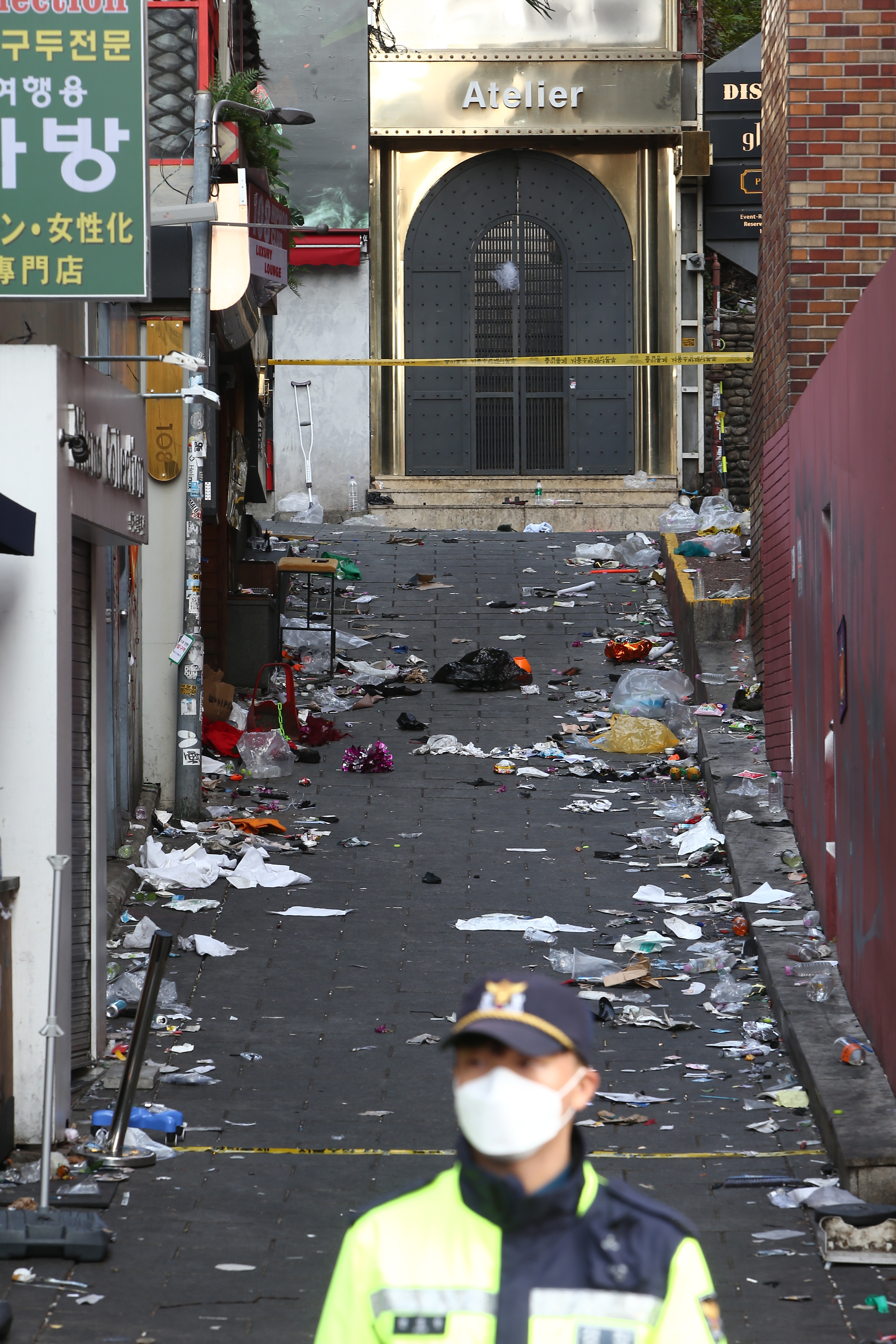 Chilling pictures show the area crammed with party-goers barely able to move moments before the stampede.

Excited teenagers and young adults had poured into the capital to enjoy the first unrestricted Halloween celebrations in three years since Covid regulations were lifted.

But instead they found themselves caught up in a terrifying stampede as the festivities had attracted a dangerous amount of people.

Witnesses say the crowd became increasingly "agitated" as the evening went on. 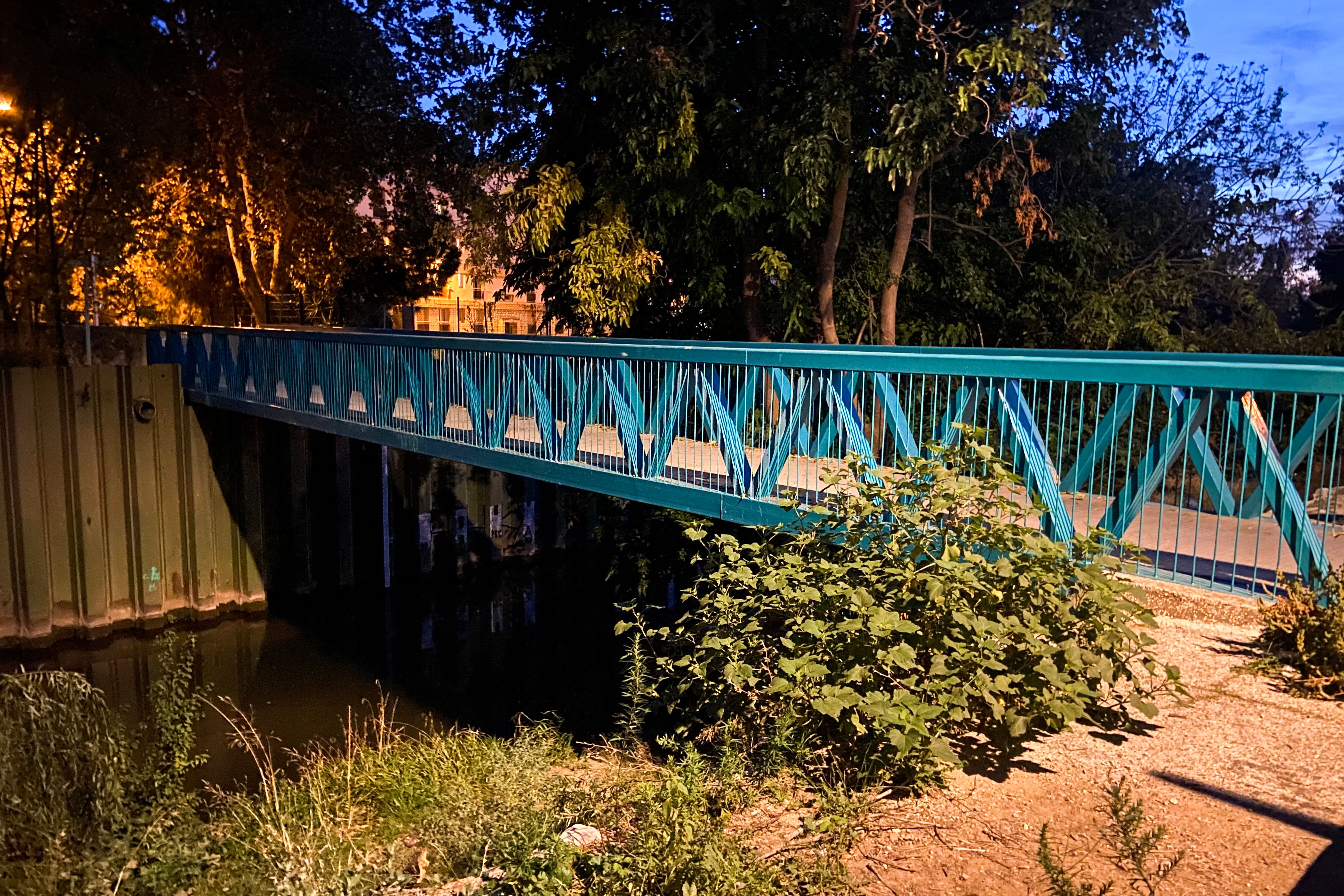 Boy, 12, found on river bank by dad after stabbed to death as mum arrested 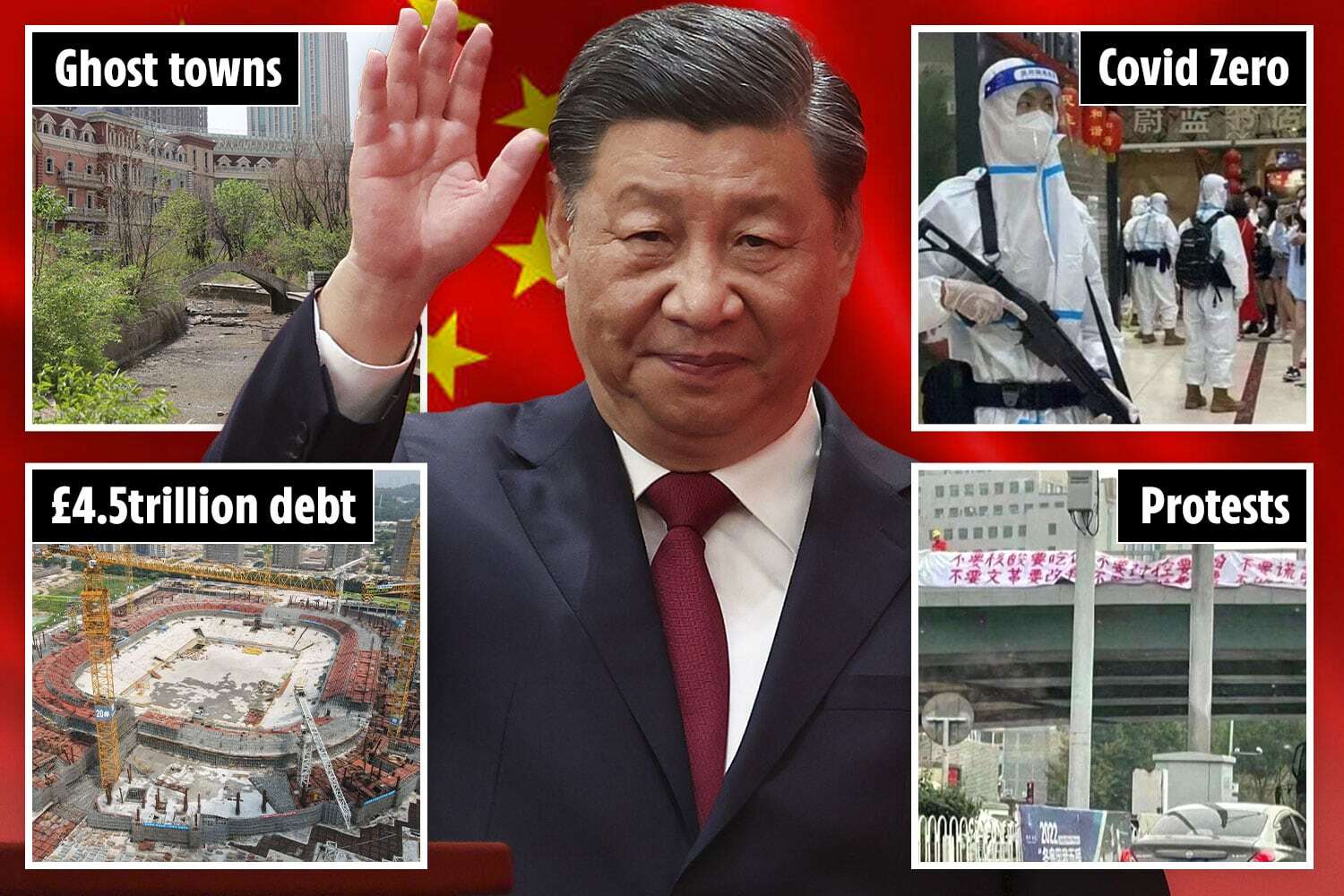 Shortly before 10.20pm, the situation became out of control as a stampede broke out as people were forced down the tight, sloped alleyway after it was already packed wall-to-wall with people.

Those at the top of the 147ft long pathway started to fall, sending people below them toppling over others.

Panicked revellers became trapped and struggled to breathe before many went into cardiac arrest.

Horrifying footage shared on social media showed some people trying to scale the sides of the buildings to escape the increasing pressure, as others desperately cried out for help.

At least 153 Halloween revellers killed in horror stampede in Seoul

One witness described the number of bodies piling up as looking like a "tomb".

Officials believe the huge crowd may have begun pushing forward in the alleyway that connects to a street filled with clubs and bars upon hearing rumours a local celebrity was close by.

Despite the horror unfolding just 320ft from the closest fire station, emergency workers were faced with a battle to reach victims because of traffic congestion and overcrowding.

Videos shared online showed a pile of bodies wedged between buildings, some at the bottom appearing unconscious, while others reached out to medics who grappled to free them from the crush.

Rescuers were filmed trying to pull people trapped underneath dead bodies as field hospitals were thrown up to deal with hundreds of casualties.

Survivors were also seen strewn across the pavement wrapped in foil blankets to stay warm following the crush.

Police said scores were being given CPR on the streets while many others were taken to nearby hospitals.

Tragically, at least 153 people – mostly teenagers and people in their 20s – were declared dead with a further 82 were injured – 19 of those seriously.

One dad received a heartbreaking call from authorities at 1am, saying his daughter in her 20s had been killed.

He told Reuters: "This news came like a bolt from the blue sky."

As of midday, Interior Ministry Lee Sang-min said at least 90 per cent of the victims had been identified, with delays affecting some foreign nationals and teenagers who did not yet have identification cards.

'A TRAGEDY AND DISASTER'

Heartwrenching pictures of the aftermath show costumes and personal belongings covered with blood spots left in the narrow street.

But 24 hours before, there were already warning signs that the festivities were attracting dangerous numbers of people.

Victims and their relatives had questioned an apparent lack of crowd control.

Park Jung-hoon, 21, told Reuters from the scene: "You would see big crowds at Christmas and fireworks but this was several ten-folds bigger than any of that."

With the easing of the Covid pandemic, curfews on bars and restaurants and a limit of ten people for private gatherings were lifted in April. An outdoor mask mandate was dropped in May.

Professor Lee Young-ju from the Department of Fire and Disaster at the University of Seoul said the disaster could have been "prevented or controlled".

He told broadcaster YTN: "District events held by local governments or institutions have to have safety plans and measures if more than 1,000 people are expected to participate.

"But this was a district event without a specific organiser, lacking the safety control function.

"This was a disaster that could have been controlled or prevented.

"But this was not taken care of, with no one taking the responsibility in the first place."

In the wake of the incident, South Korean tech and mobile game firms including Kakao and NCSOFT pulled their Halloween promotions.

Many regional governments and organisations have pulled the plug on or reduced festivals and other celebrations.

Devastated relatives and friends of victims have left floral tributes at the scene.

He said: "A tragedy and disaster that should not have happened took place in the heart of Seoul last night." 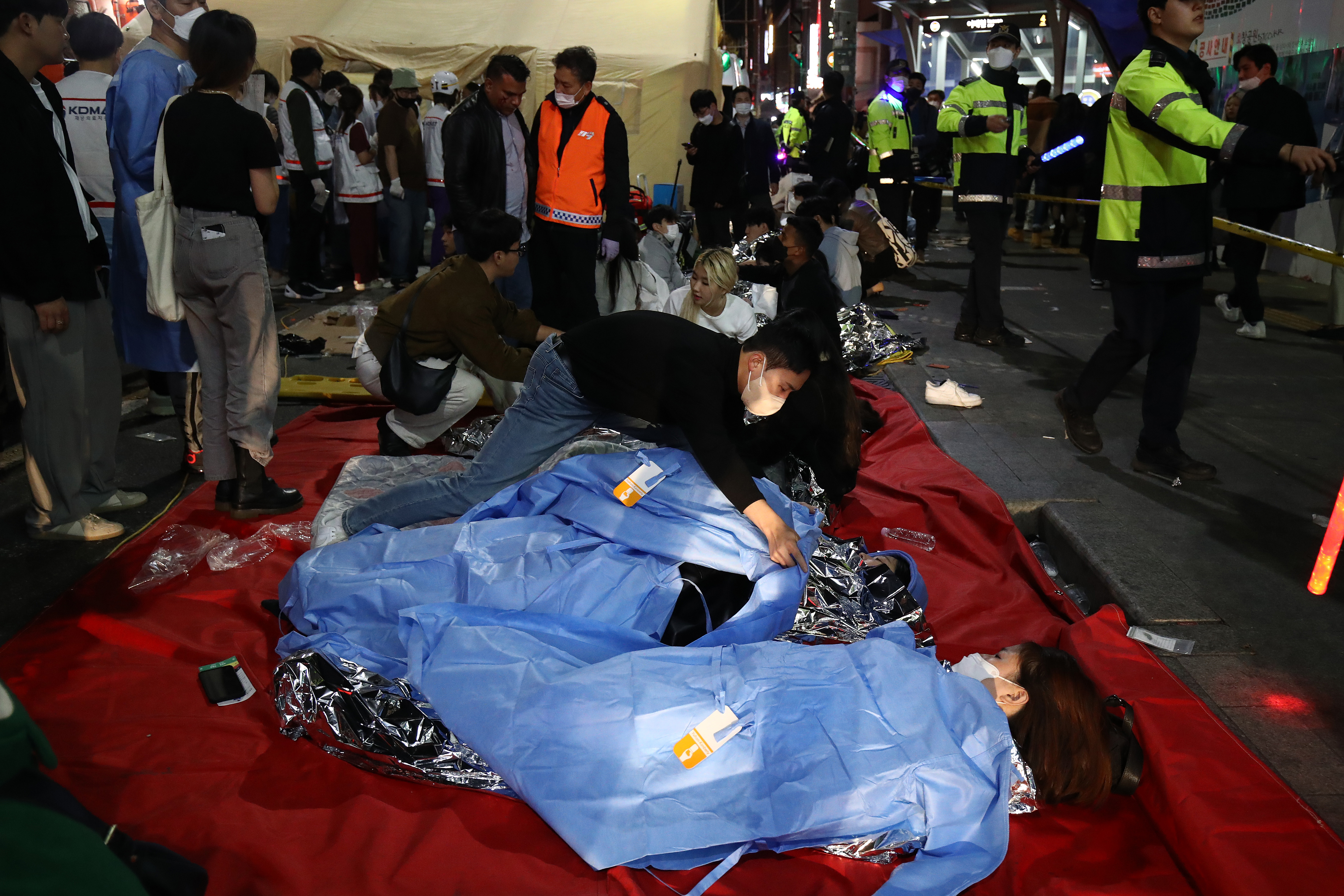 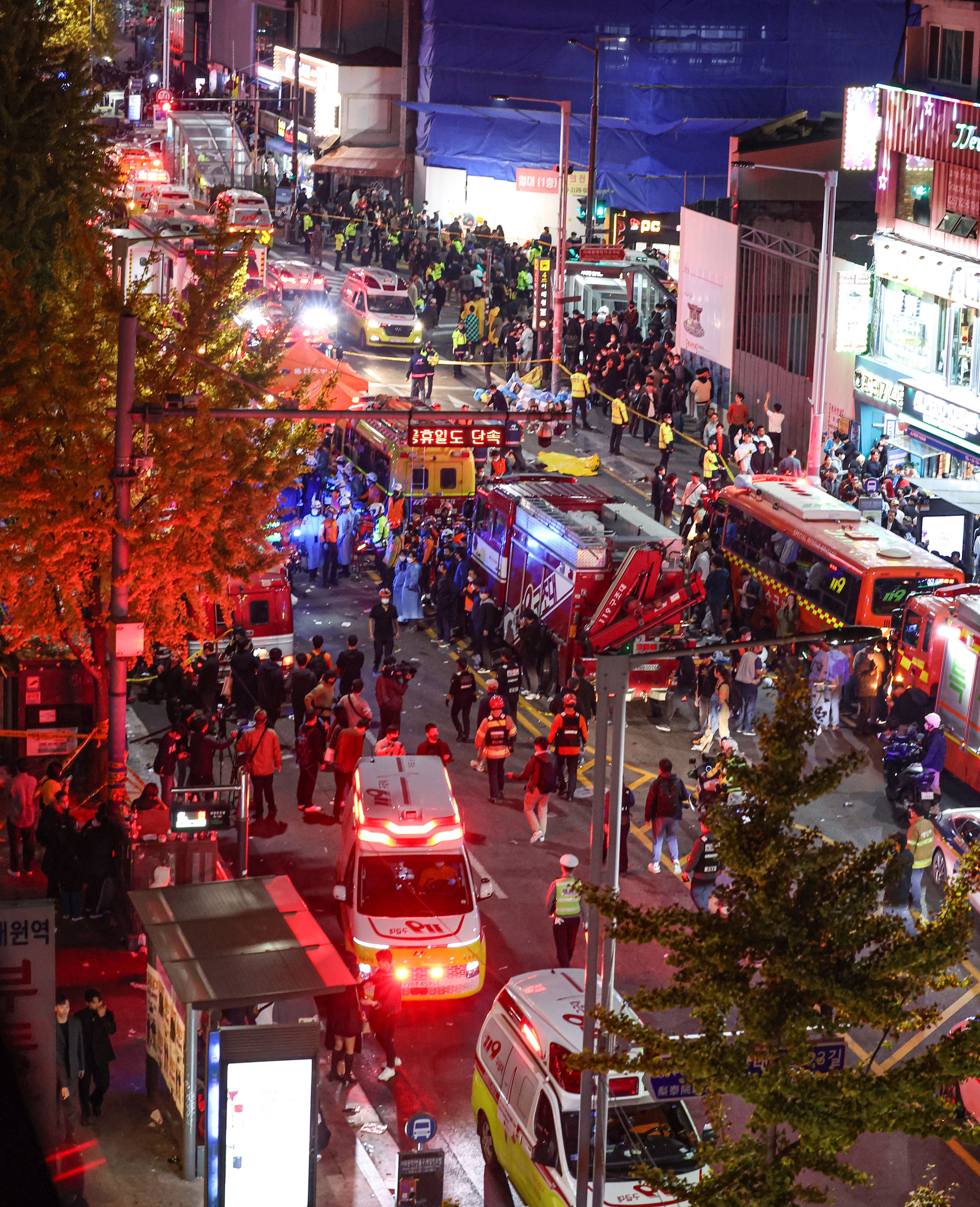 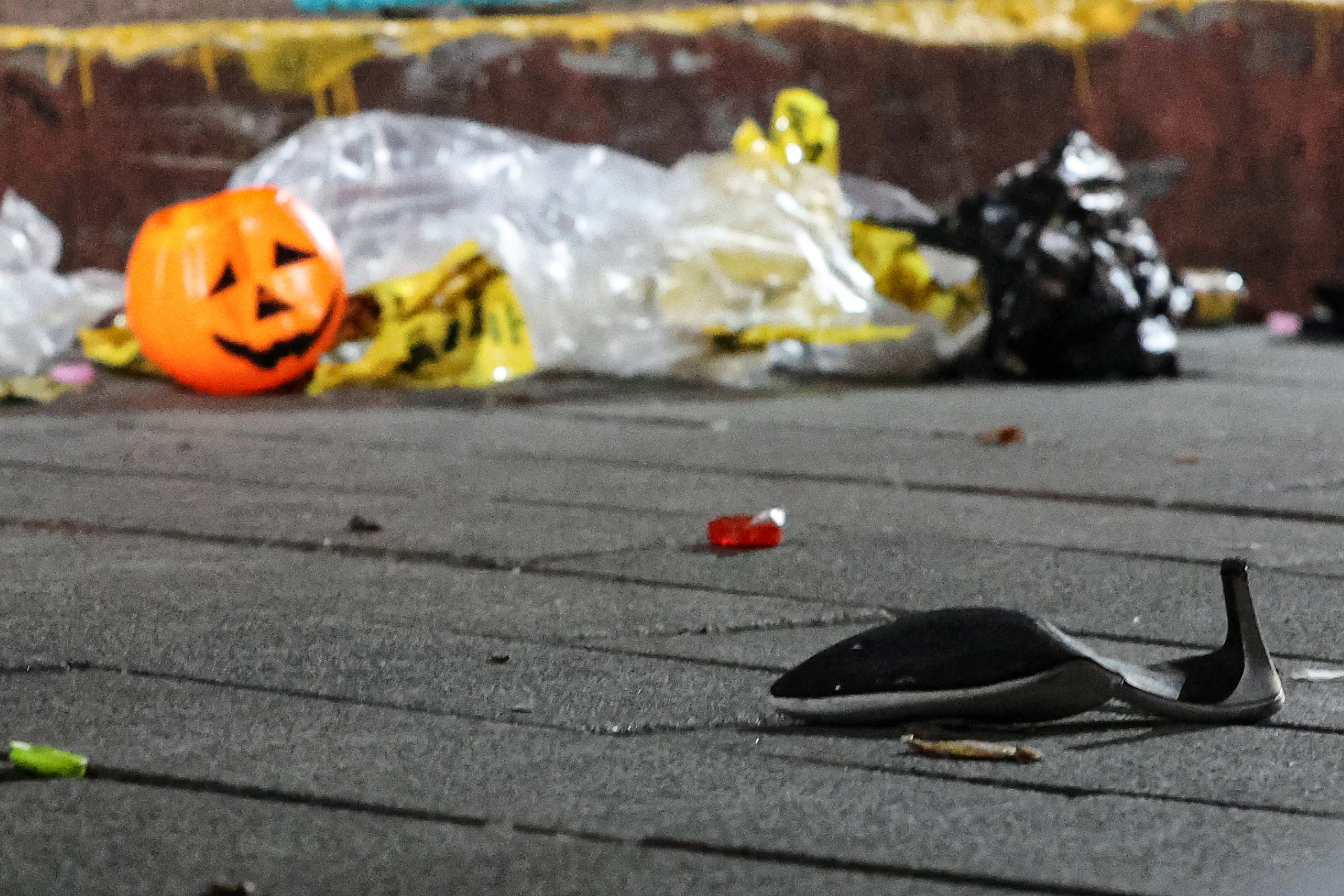 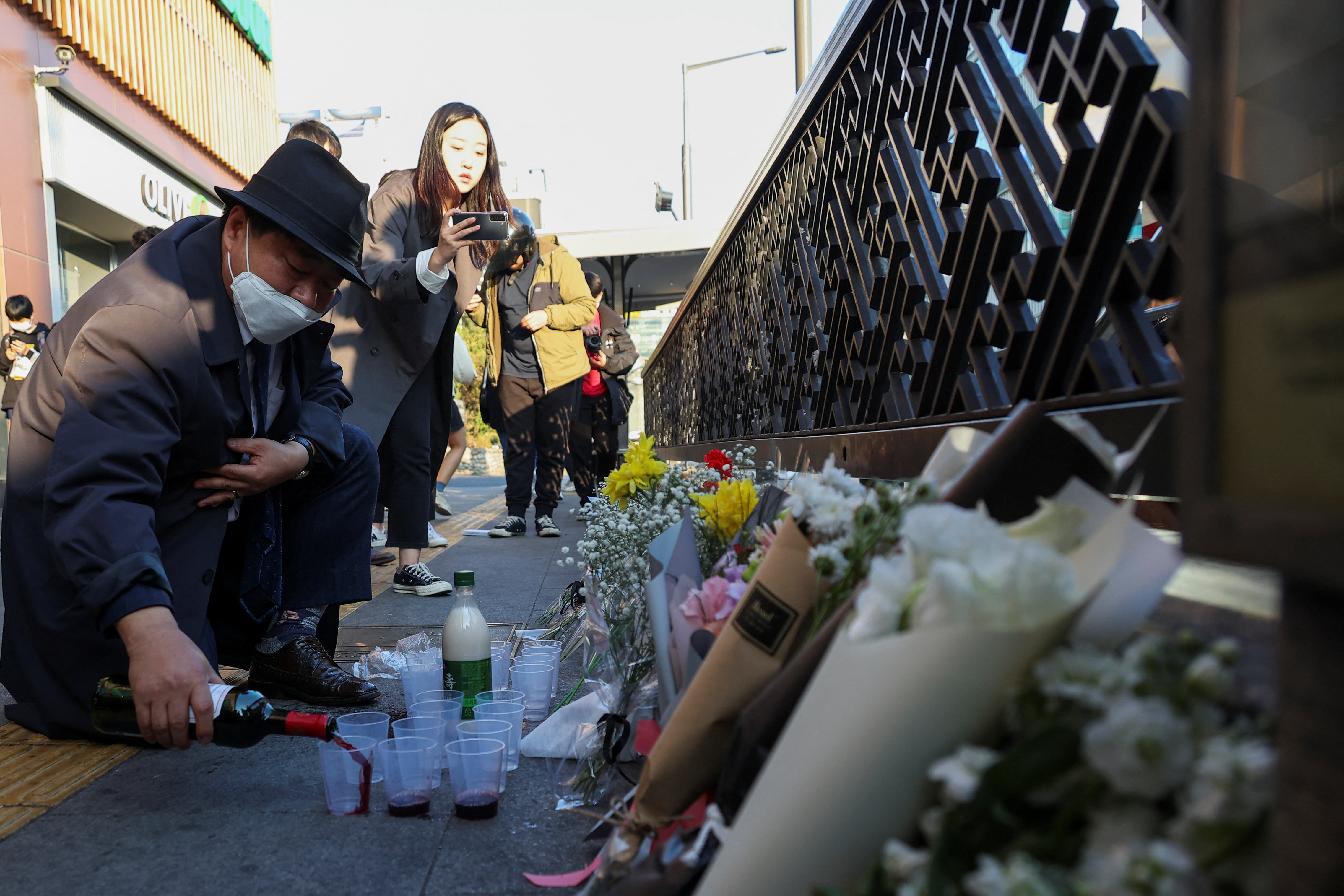