New York: Former Secretary of State Hillary Clinton on Monday called the Trump administration's "zero tolerance" policy that has separated children from their parents at the southern US border "a moral and humanitarian crisis."

Speaking at an awards lunch for the Women's Forum of New York, Clinton said what was happening to families at the US-Mexico border is "horrific." 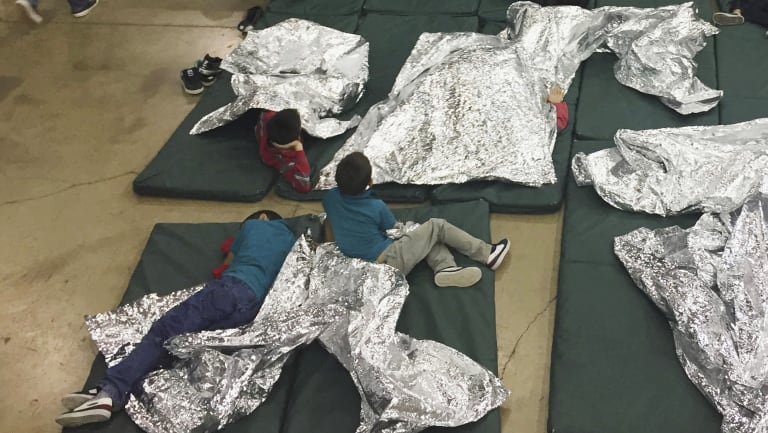 Teens who have been taken into custody on the US-Mexico border rest in one of the cages at a facility in McAllen, Texas.

"Every human being with a sense of compassion and decency should be outraged," Clinton said.

The separations stem from a policy that turns all cases of people trying to enter the country illegally over for criminal prosecution. Children are not detained with their parents when those parents are facing a criminal charge, as per US protocol.

President Donald Trump has defended the policy, which has taken nearly 2000 immigrant children away from their parents.

"The United States will not be a migrant camp and it will not be a refugee holding facility," he added. "Not on my watch," Trump said Monday. 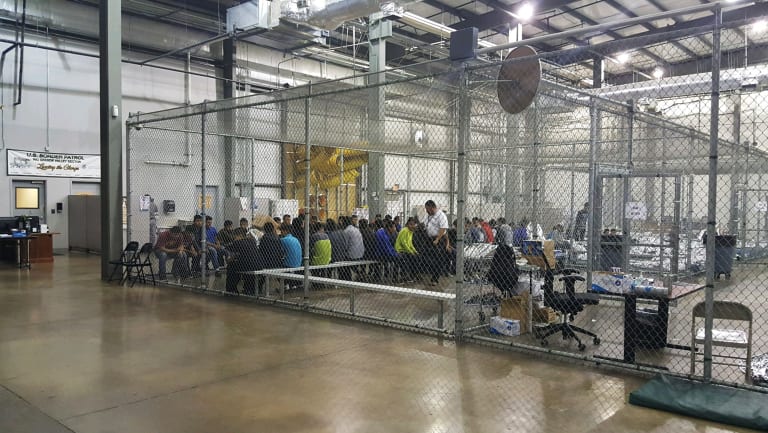 People in cages at a facility in McAllen, Texas,

Clinton, the 2016 Democratic presidential nominee, said she had warned during the campaign that Trump's hard-line immigration stance would result in family separations.

"Now as we watch with broken hearts, that's exactly what's happening," she said.

The policy has come under increasingly strong criticism, with accounts of children kept in cages and parents not knowing where their children are. 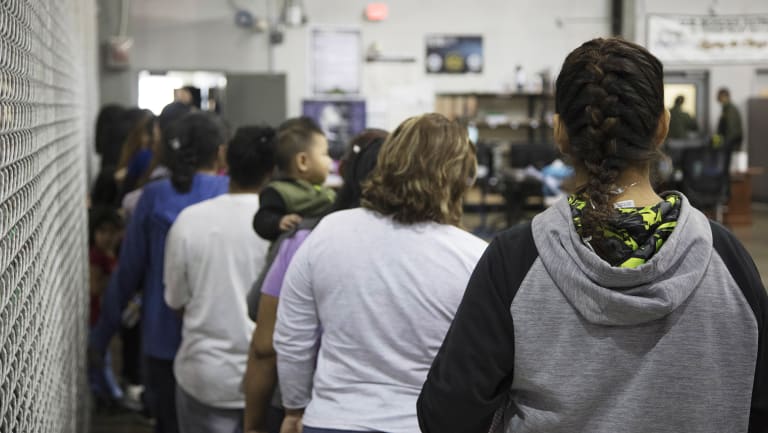 Teens who’ve been taken into custody related to cases of illegal entry into the United States, stand in line at a facility in McAllen, Texas.

Trump has falsely blamed Democrats, and his administration has echoed his stance by claiming it was enforcing the law, with some using the Bible as religious justification.

Clinton pushed back on all of those points, saying the separations are required by no law and grounded in no religion.

"The test of any nation is how we treat the most vulnerable among us," she said. "We are a better country than one that tears families apart."