Seventeen people were trampled to death when a tear gas canister set off during a brawl at a packed Venezuelan nightclub triggered a stampede.

Most of the victims, eight of whom were under 18, were celebrating their high school graduations at the private Social Club El Paraiso in Caracas.

Eleven were suffocated by the tear gas and six likely died from crush injuries as the 500-strong crowd fled in a mad, choking frenzy about 3am on Saturday.

The death toll could be as high as 22, according to local media. Another five were injured and dozens of partygoers fell down the stairs as the main door to the club, also known as Los Cotorros, was closed.

Images circulated on Twitter showed shoes scattered outside what appeared to be the club and people embracing one another, some wiping away tears.

Interior Minister Nestor Reverol said seven people were arrested based on witnesses statements, including the club owner and man accused of setting off the gas.

‘The Government of the Bolivarian Republic of Venezuela deplores this sad event and sends condolences to family members of the victims,’ he said.

‘The establishment has been ordered closed, and we are investigating in coordination with the public ministry, which is directing the criminal investigation.’ Seven people were arrested (three pictured) based on witnesses statements, including the club owner and man accused of setting off the gas. 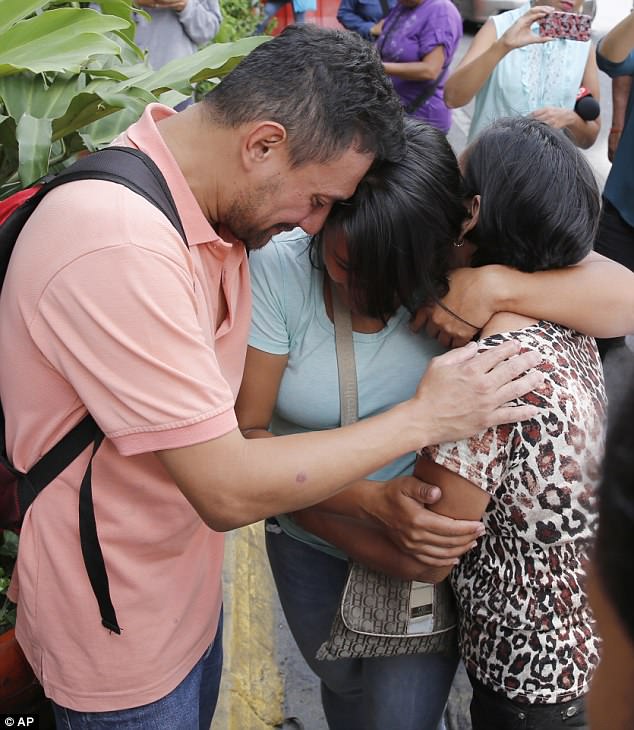 Barbara Barca, center, a survivor of the stampede at a crowded nightclub, is hugged by relatives as they leave police headquarters in Caracas 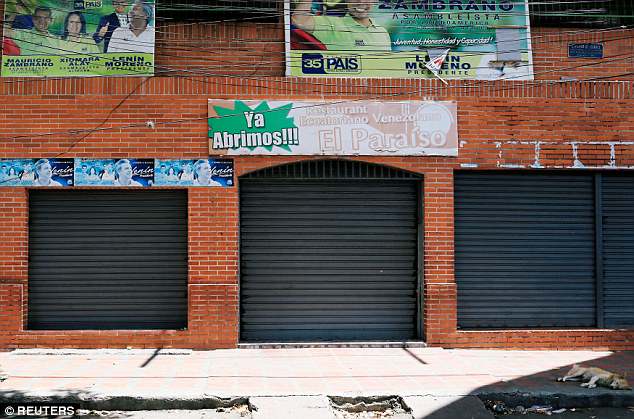 Mr Reverol didn’t say what started the brawl or how a civilian got a tear gas canister, used by police and military to break up frequent protests in the country, into the club.

However, he said the owner permitted weapons into the club that threatened the ‘integrity’ of the establishment.

Most of the injured were being treated at nearby hospitals, and one minor was in serious condition.

‘We haven’t received a response from anybody, neither from the police nor the doctors,’ Nilson Guerra, the father of one victim, said at the hospital. 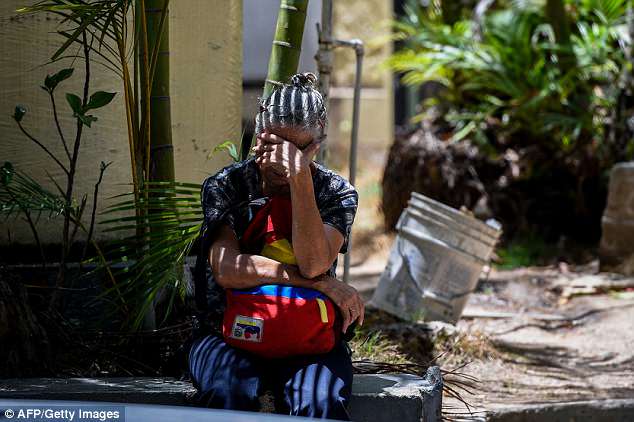 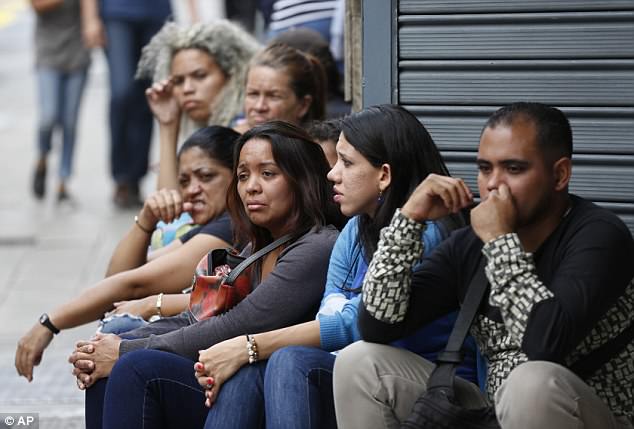 People wait outside police headquarters for news of their relatives, who were at the stampede at a crowded nightclub 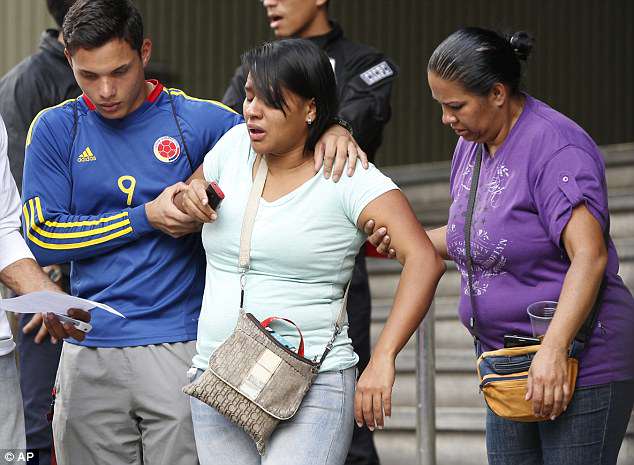 Barbara Barca, a survivor of the stampede at a crowded nightclub, is helped by relatives as they leave police headquarters in Caracas

He only knew his 19-year-old son Luis died because he saw him in the morgue. Another son of his was also hospitalised.

Homicide rates in Venezuela shot up during the country’s spiral into economic crisis and political meltdown, and many Caracas residents refuse to go out at night.

There were almost 27,000 violent deaths last year, making Venezuela proportionally the world’s second most murderous nation after El Salvador, according to a local crime monitoring group.

The homicide rate in Caracas alone was 104 per 100,000 people, the Venezuelan Observatory of Violence said. An item left behind as people rushed out of the club, crushing and choking 17 people to death

An ambulance helps survivors to hospital, with five injured in addition to the 17 dead