JAKARTA, Indonesia: A riot at a police detention center near Indonesia's capital left five officers and a prisoner dead and another officer held hostage on Wednesday.

The Islamic State group said its fighters were involved in the violence, which officials said was triggered by a dispute over food.

Negotiations were underway for the release of the hostage, said national police spokesman Muhammad Iqbal. 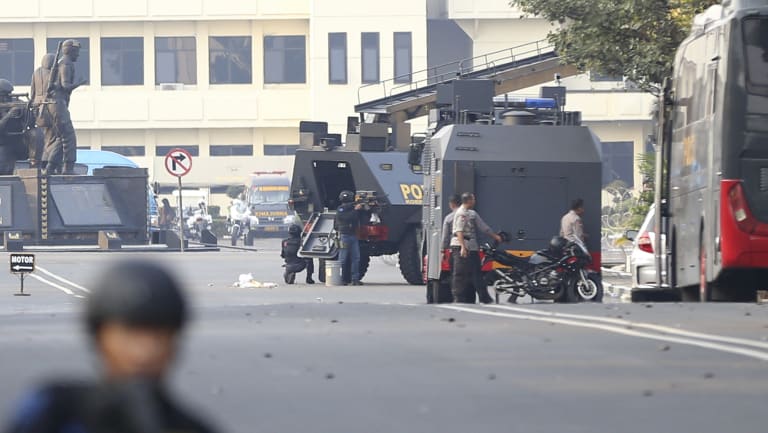 Officers guard the outside of a prison in Depok after prisoners staged a riot.

He did not rule out harsh action as a "last resort" if the negotiations fail and the inmates refuse to surrender. The prison houses a large number of militant inmates.

Iqbal said an inmate was fatally shot after grabbing weapons and threatening officers. A counterterrorism investigator said four police officers were wounded and were being treated at a hospital.

The riot erupted late on Tuesday in Depok, on Jakarta's southern outskirts, where four days earlier police arrested three Islamic militants they say planned to attack a police headquarters and other police stations in the town. 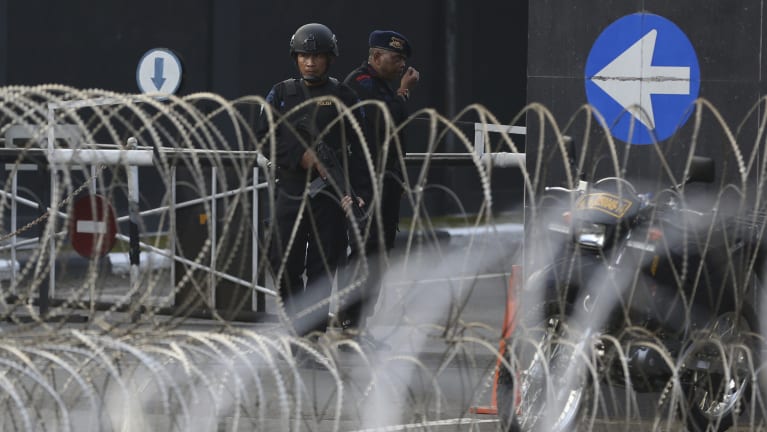 The riot was sparked by a fight over food and involved Islamic militants.

Authorities said it began when an inmate shouted and banged on the walls to protest a delay in getting food from his family that was being checked by officials. Other inmates broke into the ammunition room and seized long-barreled weapons, leading to a shootout with counterterrorism officers, they said.

In an interview with MetroTV station, police spokesman Setyo Wasisto said the inmates who provoked the riot were members of Jemaah Anshorut Daulah, a network of Indonesian extremist groups formed in 2015 that pledges allegiance to Islamic State group leader Abu Bakr al-Baghdadi. 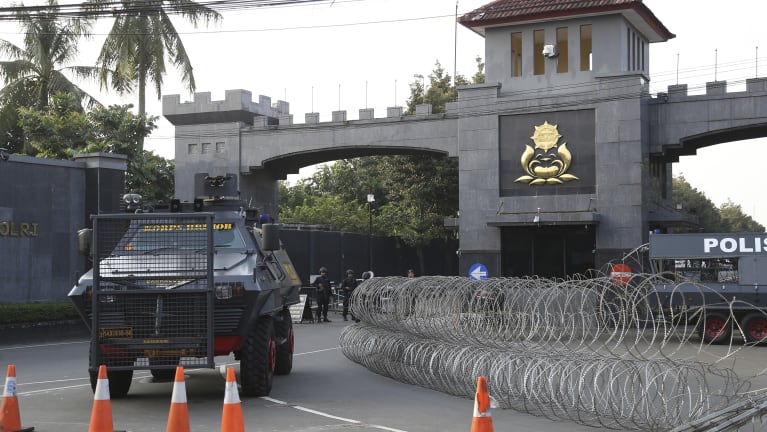 The riot at the detention centre near Indonesia’s capital left a number of officers and a prisoner dead.

The network of about two dozen groups has been implicated in a number of attacks in Indonesia over the past year.

"There are about 30 to 40 hardliners and inmates from JAD who provoked other inmates," Wasisto said.

Indonesia, the world's most populous Muslim nation, has carried out a sustained crackdown on Islamic militants since the 2002 Bali bombings by the Jemaah Islamiyah network that killed 202 people, mostly foreigners.

The network was neutralised following the arrests of hundreds of its militants and leaders. But new threats have emerged recently from Islamic State group-inspired radicals who have targeted security forces and local "infidels" instead of Westerners.

It was the second riot in the detention centre since November, when detained militants attacked prison guards who were searching for contraband and cellphones.