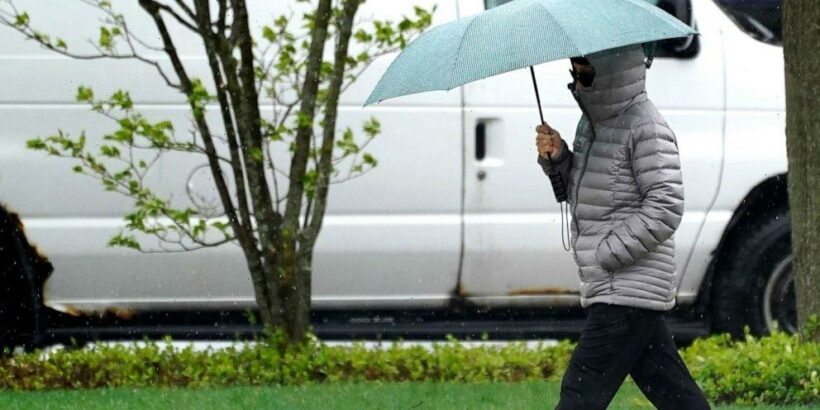 Since Friday, there have been at least 350 reports of severe weather across the southern U.S.

This includes five reported tornadoes — one in Louisiana, two in Mississippi, one in Florida and one in Georgia.

In Louisiana, a confirmed EF-3 tornado with winds up to 140 mph touched down near Palmetto. The tornado was on the ground for over eight miles and killed one person while injuring seven others.

In Orange Beach, Alabama, hail up to 4 inches in diameter was reported which is the size of a softball.

This is only the second time on record hail of that size has been reported in that region and it is the largest hail ever recorded in Baldwin County, Alabama.

Strong winds also did damage in Manatee County, Florida, and it remains unclear if damage in the county was caused by a tornado or straight lined winds.

Today will be the last day of the severe weather outbreak, however, and severe storms will race across Florida bringing damaging winds, large hail and brief tornadoes as very heavy rainfall is possible and flash flooding will be a concern.

The severe risk region stretches from Orlando to Miami and could affect over 12 million Americans.

A separate part of the same storm that is sparking the severe weather will move into the Northeast as well on Sunday.

Heavy rain will develop along a frontal boundary and bring some downpours as well as gusty winds as the rain lingers into Monday.

Locally, 1 to 2 inches of rain is possible across parts of the Northeast and some flooding could be possible.

Some parts of the Northeast, including parts of upstate New York and northwest Pennsylvania could use the rainfall as some of this region is experiencing drought.

Behind this system attention then turns to the Central U.S. where colder air will begin to spill down from Canada.

Temperatures are expected to drop up to 20 degrees below average and, by Tuesday morning, wind chills across the region will be in the 20s and teens — one last gasp of winter as we head into mid-April.