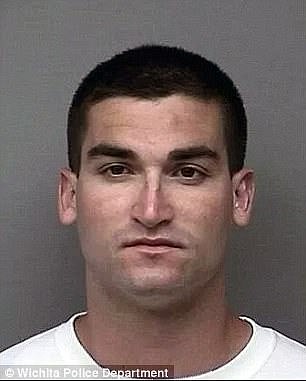 A Kansas man has been sentenced to life in prison for raping a 7-year-old girl in a stranger’s apartment six weeks after he was freed from prison for another rape.

The attack happened at 2.40am on June 11, 2017 while the victim was spending the night at a friend’s condo in Wichita.

Prosecutors say Breitenbach quietly sneaked in, choked her into unconsciousness and sexually assaulted her on a balcony.

The girl, now 9, described the attack as ‘scary’ in a victim impact statement video that was played before the sentence was imposed.

‘I don’t like talking about happened that night. It was scary for me,’ she said in part.

Breitenbach, who represented himself, showed no emotion as he watched the video.

When he was allowed to speak, Breitenbach said he would appeal his case.

‘It’s not a matter of if I get out; it’s a matter of when,’ he said, claiming testimony had been manipulated. 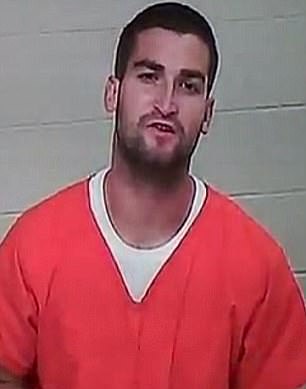 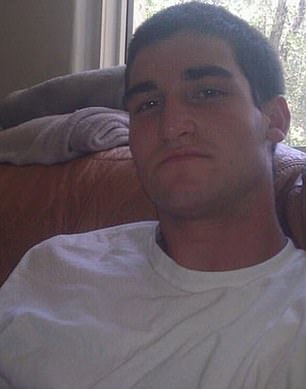 Breitenbach represented himself and claimed he is innocent. His DNA was found inside the girl

His DNA had been found inside the child, who has since undergone genital reconstruction surgery to get over her injuries.

He was out drinking with a girlfriend in her condo, violating his parole by using alcohol, and went across the courtyard where he entered the condo where the victim was staying and attacked the child.

Breitenbach had been in prison and registered as a sex offender for choking and raping a 22-year-old woman in 2012.

District Attorney Marc Bennett gave the victim a fist bump before she left the courtroom surrounded by family.