I had to shame Theresa May into giving me ‘miracle oil’ for my epileptic son, says mother who humiliated the PM

Hannah Deacon and her two children were happily ambling along the streets of Leamington Spa when her mobile phone rang last Saturday.

Within 72 hours, the call had triggered a chain of events that saw the suburban housewife issue an ultimatum to a Minister, humiliate Theresa May on the Today programme and force the Government to announce in the Commons that her son, Alfie, would be prescribed medical cannabis to treat his severe epilepsy.

The episode may have reignited the debate about the decriminalisation of cannabis for recreational use, but for Hannah it was only ever about Alfie and ensuring the Prime Minister made good on a promise made three months earlier to help him. 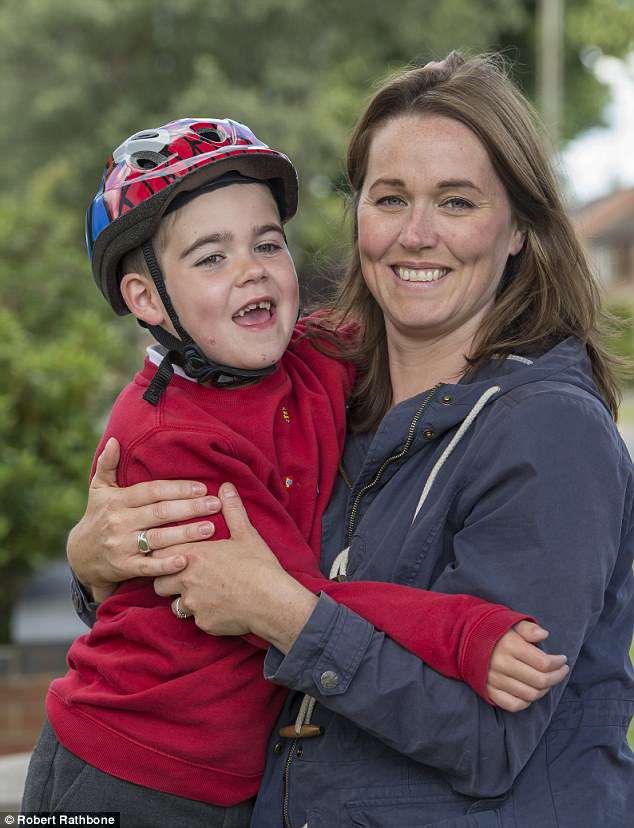 Victory at last: Hannah Deacon, who humiliated Theresa May on the Today programme, with her son Alfie

Remembering the call from her mother in which she learned that Home Secretary Sajid Javid had given permission for severely epileptic Billy Caldwell, 12, to be treated with cannabis oil previously confiscated from his mother at Heathrow Airport, Hannah says: ‘Of course I was hugely happy for Billy and his family, but I was also angry with the Government.

‘I thought, “Surely if they can issue a licence for him, then they can issue one for my son after all the suffering he has been through? I’ve played by the rules, I’ve been dignified, I’ve been polite, but that seems to have got me absolutely nowhere.”

‘So I decided my only option was to go public and tell everyone what had been happening behind the scenes.’

Hannah pulled no punches, choosing BBC Radio 4’s flagship Today programme to give a tearful account of her family’s battle with bureaucracy. She says now: ‘I told the truth, which was that Mrs May looked me in the eye and promised a compassionate process for us to apply for a licence for the miracle oil that had given Alfie his life back.’

Lethargy gave way to urgency. Within five hours, Home Office Minister Nick Hurd was on the phone, telling Hannah that the first-ever permanent licence had been granted, allowing the NHS to prescribe cannabis oil to Alfie.

The decision has given the family renewed hope in a battle to secure the best possible health treatment and life for six-year- old Alfie, who suffered his first epileptic seizure when he was eight months old. ‘I remember it clear as day – May 27, 2012. That date is etched on my brain for ever,’ says Hannah.

‘I was woken up at midnight when he let out a massive scream. I went in and looked down at him in his cot and he was just having this huge seizure. It was terrifying, the stuff of nightmares.

‘His whole body was shaking, eyes in the back of his head, frothing at the mouth.’

Alfie was rushed to hospital but the fits continued and, as medics desperately tried one anti-epilepsy drug after another, doctors warned Hannah and her husband, Drew, that the little boy may not survive. 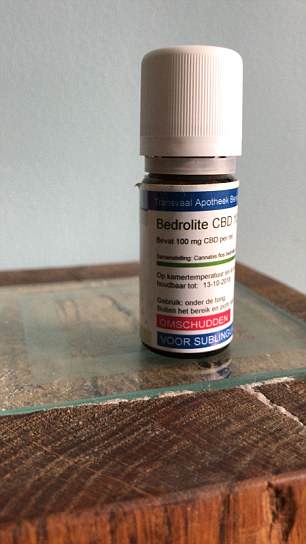 After taking cannabis oil, pictured,  Alfie’s condition improved and he had fewer seizures

But after three months in intensive care, neurologists at Great Ormond Street Hospital found an intravenous steroid that made the seizures less frequent.

Alfie, one of only nine boys in the UK diagnosed with a condition called PCDH19, was allowed home, but would suffer clusters of up to 150 severe fits over the course of 72 to 96 hours about every eight months.

By the time he was four, those clusters were coming almost weekly.

In desperation, Hannah began to research alternative treatments. After a particularly severe seizure, she found a Dutch neurologist willing to treat Alfie with cannabis oil medication, including one that contains THC – the main psychoactive ingredient in cannabis which is illegal in the UK – and the family moved to Holland in September 2017.

The family say the improvement was dramatic, the number of seizures falling to one or two every five weeks. ‘Alfie was able to go to the beach to play football and ride his bike,’ says Drew.

However, the family soon ran up costs of £30,000 and were forced to return to their home in Kenilworth, Warwickshire, in February, hoping that a four-month supply of legal cannabis oil that does not contain THC would last until they got approval for a version containing THC to be prescribed by the NHS. 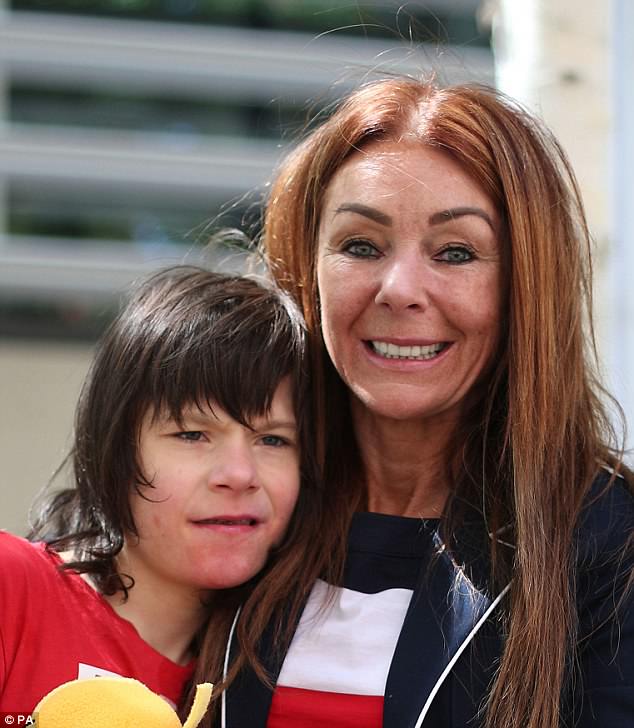 Charlotte Caldwell, with her epileptic son Billy, this month called for a meeting with the Home Secretary Sajid Javid to discuss legalising a medical cannabis treatment for children

After enlisting the support of their local MP Jeremy Wright – the current Attorney General – and End Our Pain, a group campaigning for the legalisation of medical cannabis, Hannah secured a meeting with Mr Hurd.

The family’s luck changed when they delivered a petition to No 10 on March 20 and the Minister invited them inside.

‘We went into a room, sat down and had tea,’ Hannah says. ‘Then the door opens and Theresa May walks in. She said, “I’ve been told about you and I wanted to come and say hello.”

‘She said hello to Alfie, who was climbing all over the sofas, and then said, “I can confirm to you we will help. My Ministers will help you go through a compassionate process. We’ll do it as speedily as we can and we do want Alfie to have the medication he needs.”

‘I thought she seemed sympathetic and sincere. I walked out of there thinking this is going to happen, we’re going to have our medicine in a month’s time.’ Hannah assembled a team of doctors and political experts to help her with the licence application but says she was met with continued delays from the Home Office.

Last Saturday, as news broke that Billy Caldwell was to be allowed to take cannabis oil, her patience snapped.

‘I got on the phone to Nick Hurd and I cried my eyes out,’ she recalls. ‘I said, “I’m really angry and upset because you all promised me you’d do this for me and my little boy.”

‘He assured me that the licence was an emergency measure for Billy and I would be the first person in this country to have a long-term licence for an NHS prescription for medical cannabis.’

The Minister promised Hannah that he would review the case, but she sent him an email ultimatum – grant the licence or face the consequences.

‘The Home Office didn’t take us seriously and it led to their own downfall,’ she says. ‘I hope they learn a big lesson from it.

‘I wouldn’t want anyone to go through what we’ve had to go through, but I’m so proud that hopefully they won’t have to now.’