Caught off the coast off Nova Scotia, “Vimy” the Shark was one of the largest they captured at four metres long. However, despite its sheer size and girth, the researchers were shocked to find that he was covered in wounds – the biggest being a large bloody gash across its head. As to what did the damage the Research group OCEARCH, could only speculate.

They concluded that the bite marks must have come from an even larger shark that itself measured at least 14 feet long.

Speaking to the McClatchy news group, founding chairman Chris Fischer said: “It was clear that something had just grabbed his entire head.

“It was a very large animal that grabbed it, something significantly bigger … anything that can grab an animal like that by the head is pretty impressive”.

Speaking on why an apex predator like Vimy would receive marks like that, Mr Fischer said the most likely reason was an aggressive fight over a mate. 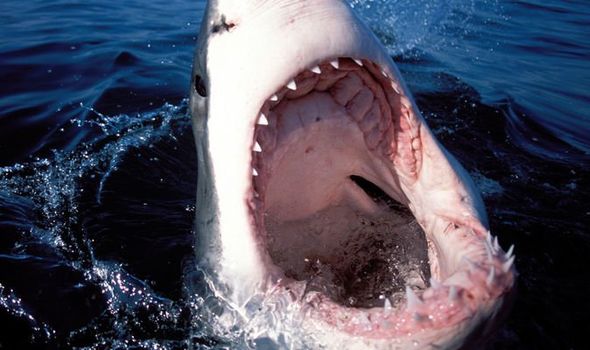 He said: ”We do know that shark mating is very violent. Sharks biting each other in the head is not a new thing. This is an everyday part of their life.”

He also said that the wound could have also been inflicted by a larger female that didn’t want to be mated with .

This comes as a Missing diver is believed to have been eaten by a great white after his ripped clothes were found floating in the ocean.

Alan Delatorre, was declared missing after he failed to return home from a night dive in the Hawaiian islands. 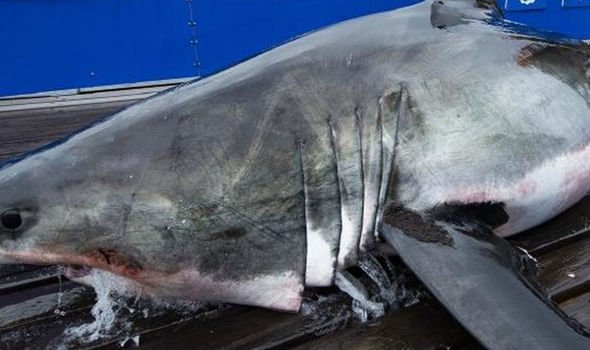 Mr Delatorre had gone for the dive off the coast of Kailua-Kona at the beginning of the month.

However, his friends and family said they never heard from the 45-year-old again.

Reports suggest that those waters are mostly frequented by eight species of shark which include the tiger, hammerhead, whitetip reef and sandbar.

According to the department, there is an increased risk of being bitten during October and December.