Debt-ridden George Birchwood hoped to inherit £475,000 after Sharon's death – and made sure he was miles away with an alibi because he knew suspicion would fall on him. 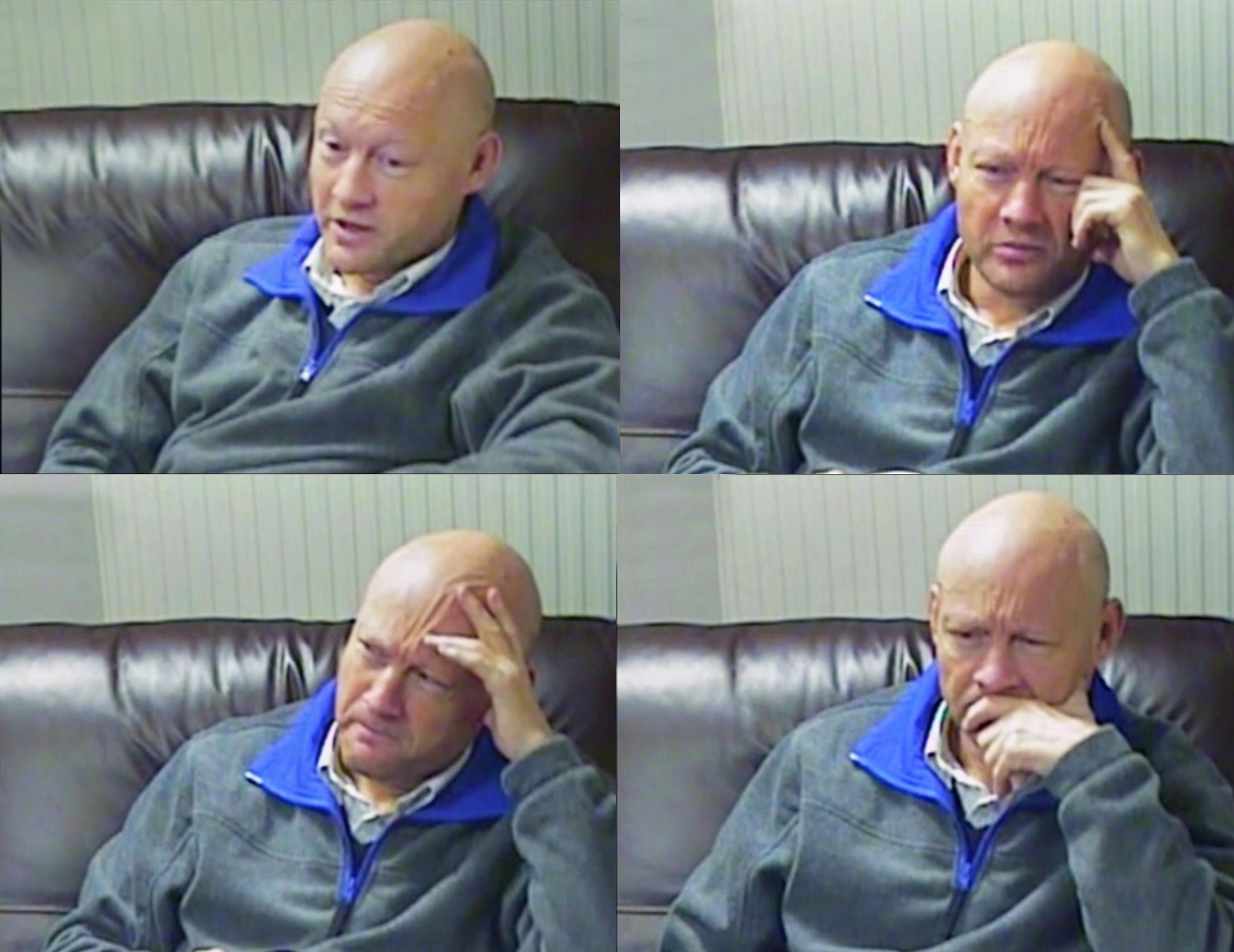 Frail Sharon, who suffered from ME, was tied up and choked with an electrical cable at her home in a sleepy village in Surrey.

The gangland-style hit on a housewife with no apparent enemies initially baffled detectives – and ex-husband George, who found the body and called cops, claimed to know nothing about how she died.

There was no evidence to arrest him, but his willingness to speak was his downfall as detectives gently unravelled the truth in a series of taped interviews, as revealed last night in Sharon Birchwood: The Police Tapes, an ITV documentary presented by Susanna Reid.

Officers studied George's every move and noted how he squinted his eyes and touched his head with his hands – subtle clues he was lying. 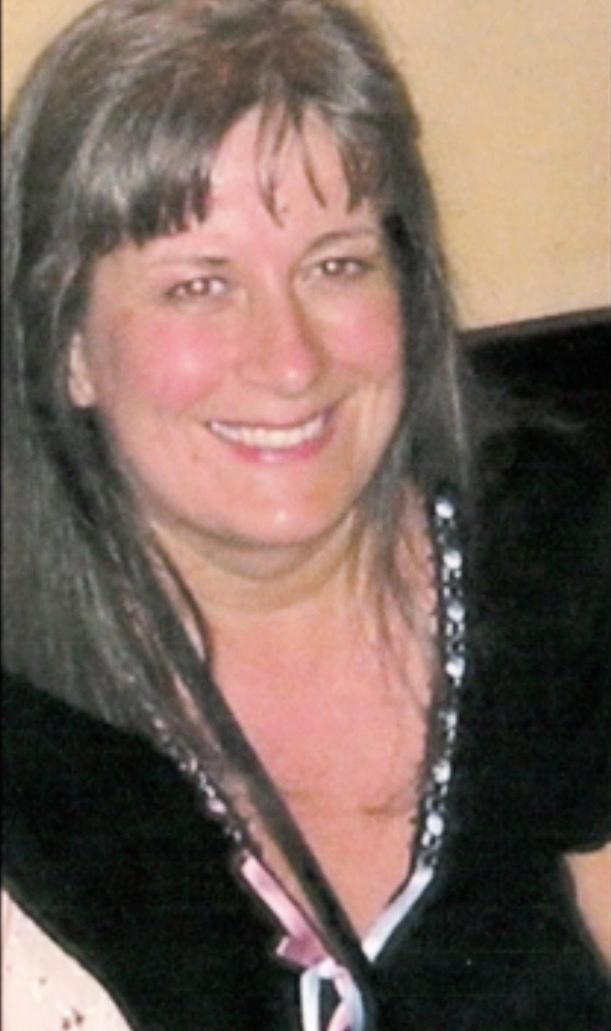 Det Con Roger Deacon told the program: "It (was) just a gut feeling that something wasn't quite right – he knew something."

He said they built up a rapport with the suspect to encourage him to speak while they teased out the information they wanted.

Birchwood – whose real name is Graham – was their only hope to solve the case and they did not want to spook him.

So, with a scalpel-like interview technique, they gently cut through his lies and discovered the horrific truth – he'd callously hired a hitman from Thailand to execute his former wife. 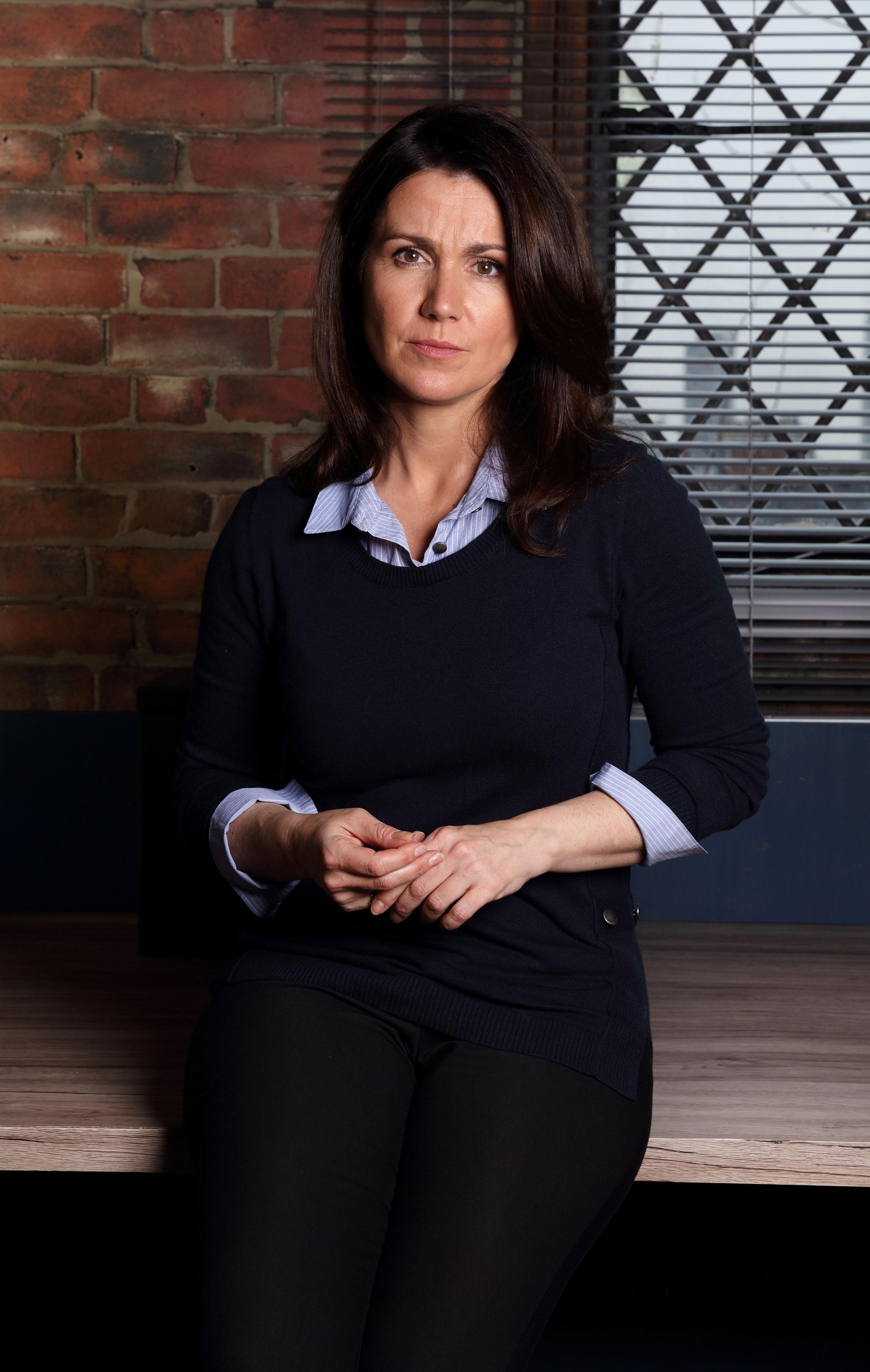 Susanna said: “The police don’t go charging in and put him under the spotlight and say: ‘Its obvious you’re in this up to your neck – tell us what you know'.

"Though it may seem he was the obvious suspect, police can’t jump to that conclusion without evidence.

"He was interviewed voluntarily as a ‘significant witness’ – the person who’d found the body and the only direct link with the victim that police had at the start of their investigation.

"Then you watch as they gently peel him like an onion, layer after layer of the truth is revealed. It really is a compelling masterclass in interviewing."

Detectives were determined to nail the killer, particularly as Sharon, 52, died in such horrific circumstances.

She was knocked unconscious at her bungalow in Ashtead, Surrey, before being bound at her wrists and hands and strangled by an electric cable on December 4, 2007. 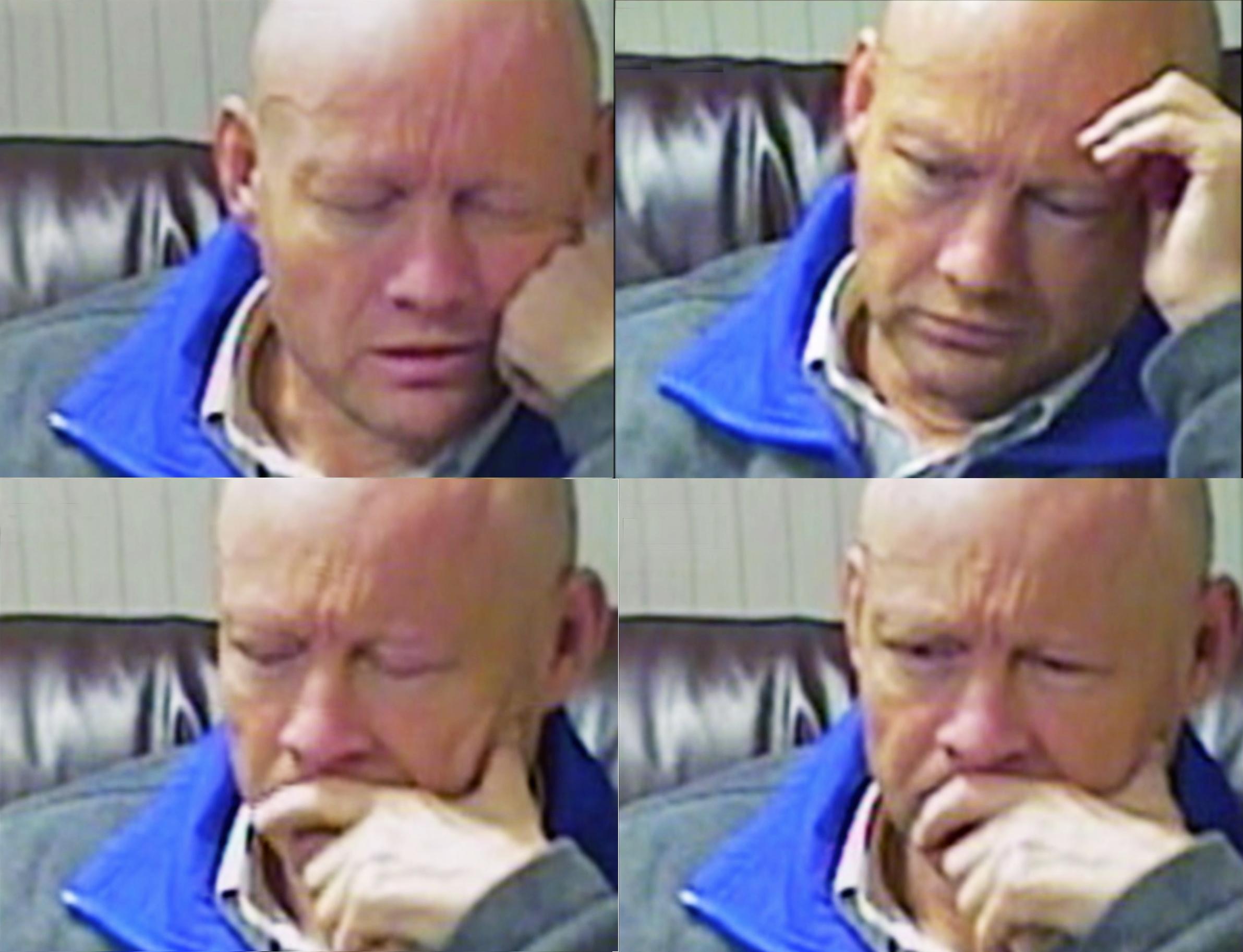 Susanna said: “Like so many of us, she was a person who kept herself to herself and had no obvious enemies or criminal connections.

“Yet this was a death associated with a gangland killing. It was meticulously planned – right down to covering the body with blankets to keep it warm for as long as possible in the hope this would hinder the police pinpointing when she was killed.

“But it must have been seared in the minds of the investigators – this was a woman who deserved to live her life peacefully, who was effectively tortured and killed.”

Her ex-husband not only had an alibi but he didn’t appear to have a motive. The couple had divorced in 1989, though they'd remained friends.

There was no DNA evidence linking him to the crime and he was captured on CCTV cameras three miles away at the Ashley Shopping Centre in Epsom at the time Sharon was attacked. 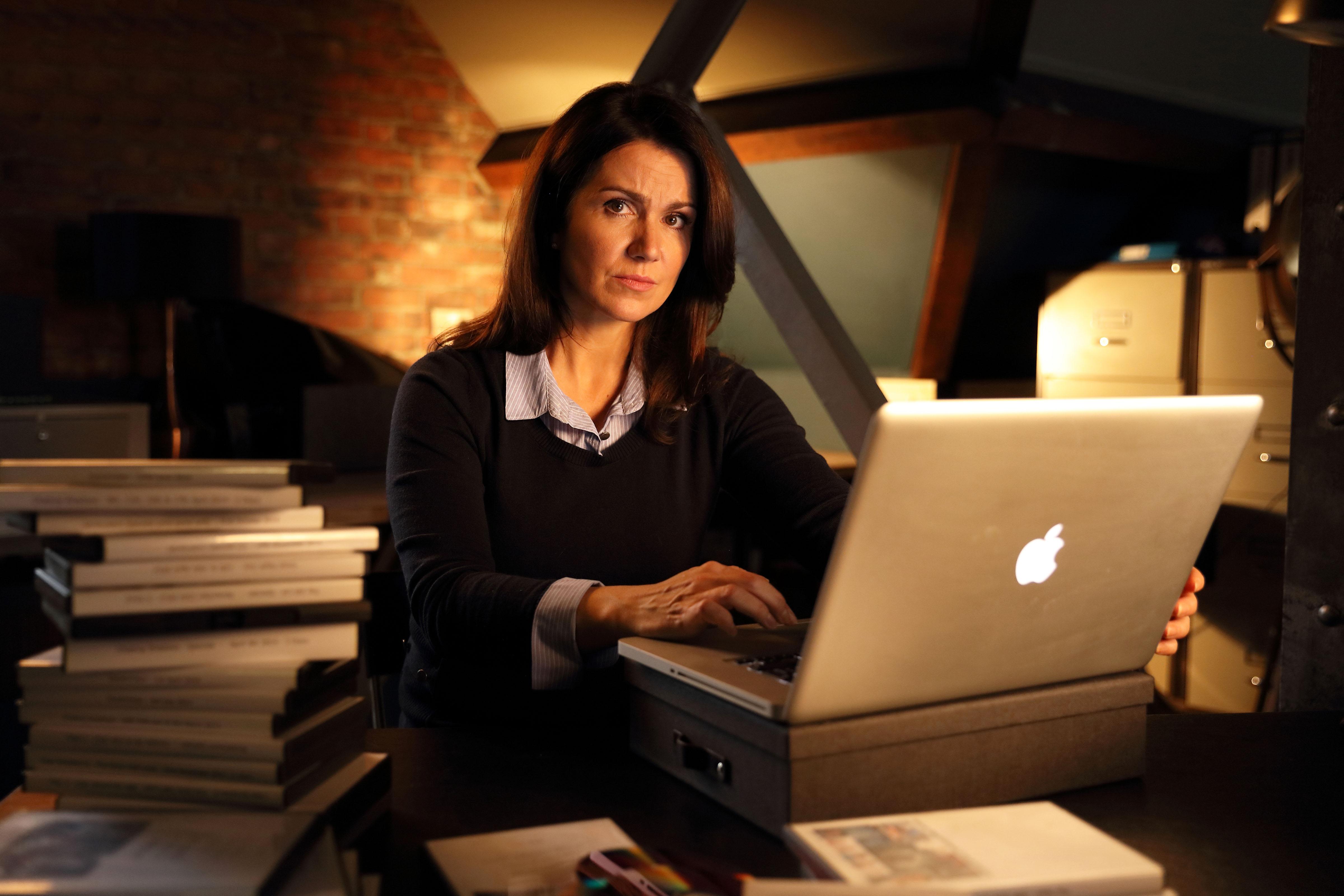 Susanna said: “Although the evidence appears to rule him out, they still believe he holds the key and they know he’s going to be the treasure trove of information they need to unlock what happened to her.

“So what they do is they get him on side, making him feel very relaxed so that he opens up and tells them what they need to know.

“They almost building up a friend’s relationship as if to say: ‘Come on, we’re all mates – what’s gone on here?’ Meanwhile, someone else is watching the video footage checking out his body language.”

Detectives noticed his body language changed drastically too. When he was telling something they were believed was true he was much more open, but when he said something more suspicious he would close up – cross his arms, sink into his chair and touch his face.

Then came his biggest mistake. “You can almost hear the penny drop when he admits: ‘I’m £100,000 in debt and the main benefactor of her will.’

In fact he was on the brink of bankruptcy and stood to get almost half a million pounds from Sharon when she died.

Susanna said: “We all think ‘Right, ok!” But even then they don’t gasp or say: ‘There’s the motive!’ They just keep gently peeling away, while there’s all this other behind the scenes work going on.” 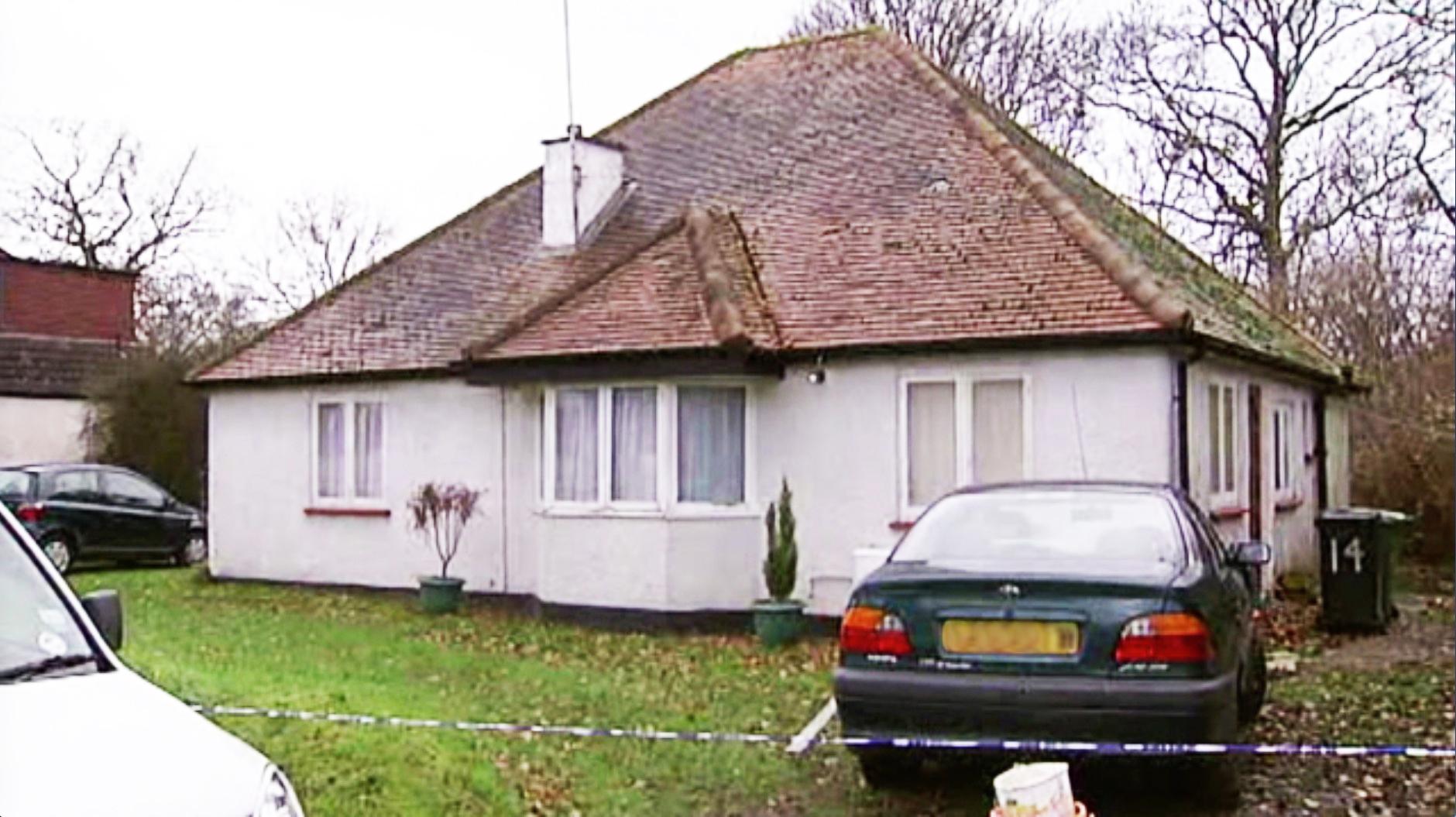 Cops had to strike a careful balancing act. They didn’t want to spook him with intense questioning for fear he’d walk out of the interview room.

But they faced a race against time because if he had hired someone to carry out the killing, they could go deeper underground and evidence could be destroyed.

A breakthrough came outside the interview room when detectives discovered a mystery phone number on George’s mobile which had been contacted before and after his ex-wife was killed.

It belonged to Paul Cryne, 63, a former bodyguard from Manchester who was paid £30,000 by George to come back from his new home in Thailand to kill Sharon. He let him into her bungalow to carry out the killing.

Brazenly, the hitman was put up at his mum’s house in Banstead, Surrey – another crucial fact which was revealed by George himself during the interview. 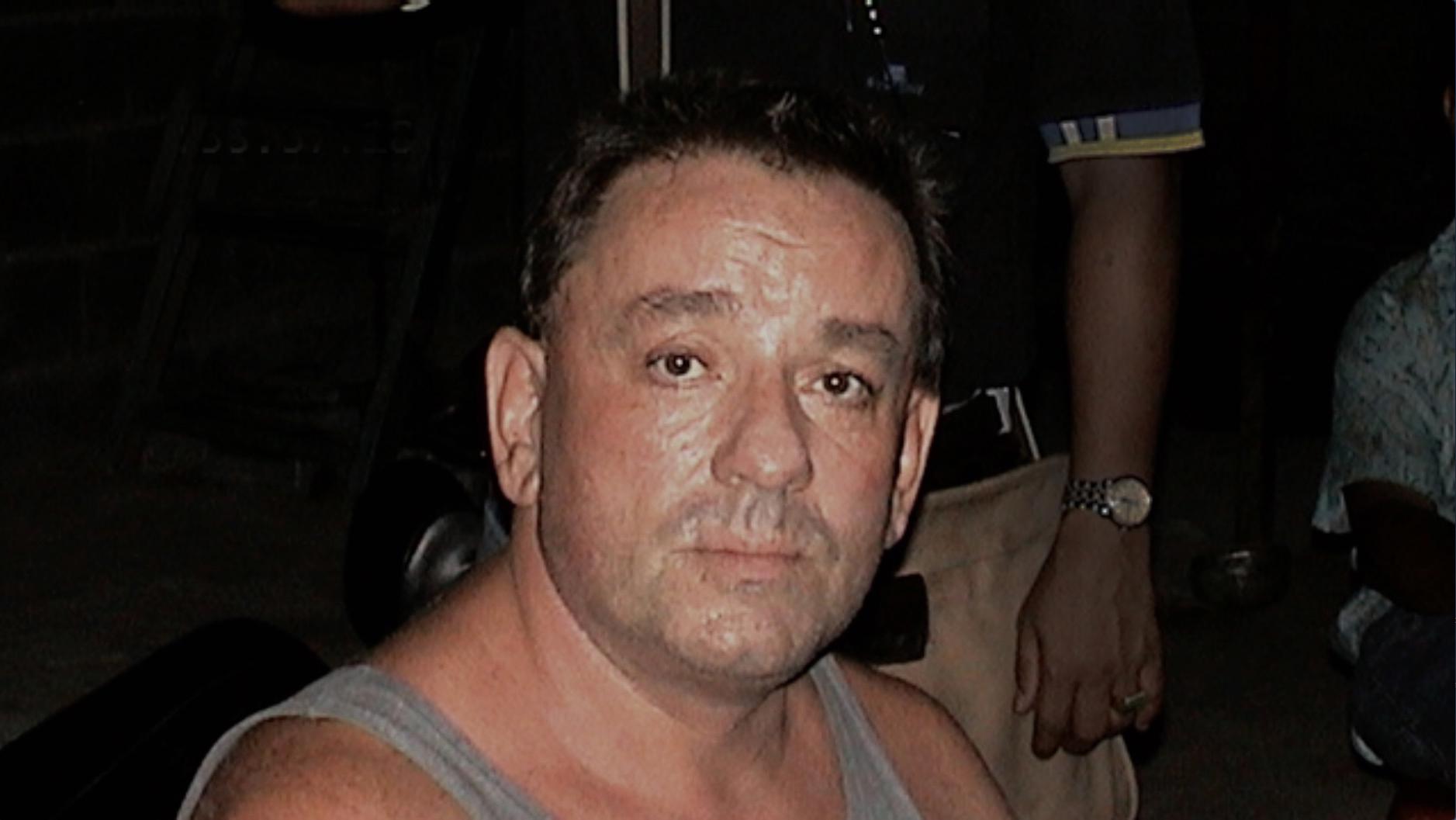 Cryne, captured on CCTV cameras arriving in Britain, casually claimed he was just a “friend of a friend” visiting the UK – another major mistake.

Police went to his mother’s home and found a glass with his fingerprint on it. They then matched it to a fingerprint taken from him just before he was jailed for seven years for another crime – holding a girlfriend hostage in 1972.

Detectives flew to Thailand to meet Cryne and, after having lunch with him, brought his cutlery and plate back to Britain with a fresh DNA sample on it. This matched the DNA found at the murder scene.

Then when they started to discuss Cryne – whom George had probably met through business dealings in Thailand – George's manner started to drastically changed.

Susanna said: “He started as this mild mannered ex-husband, slightly bumbling, who wouldn't say boo-to-a- goose who couldn't possibly be involved in this murder.

“He goes from saying: ‘I want to share everything with you’ to getting to the critical moment and saying ‘I can’t tell you anything more about that.’” 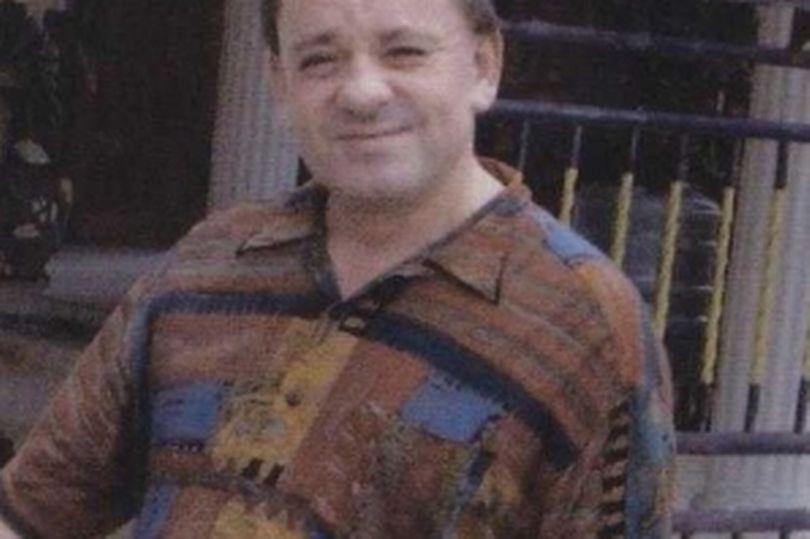 With so much at stake, the fact that Sharon’s killer chose to be the one who reported her death – albeit three days after she was killed – seems incredibly risky.

Even more shocking is the fact that he seemed so willing to help detectives.

But the approach of George, who claimed his second wife had tried to frame him for the killing, was bizarrely casual and cocky from the start. Police even recalled how he was standing outside her home with a cup of coffee when they came to examine his ex-wife’s dead body.

Susanna said: “I think he almost fooled himself that he hadn’t done this. Because he’d hired a hitman to carry out his dirty work for him.

“And he thought he could hide in plain sight in front of the police. He thought he was smarter than the detectives and he could fool them. These police tapes show that was never going to happen.

“I think he thought he was smarter than Sharon too. But in a way, she left a trail of breadcrumbs that helped police – a TV mag marked up to the moment she was killed, and a stamp torn of an envelope dated on the day of her death.

“Along with the police’s expert interviewing, that helped ensure she eventually got the justice she deserved.”