TRIPOLI (Reuters) – At least four people were killed in heavy shelling in the Libyan capital Tripoli, an official said on Wednesday as Europe and the Gulf were divided over a push by eastern forces commander Khalifa Haftar to seize the city. 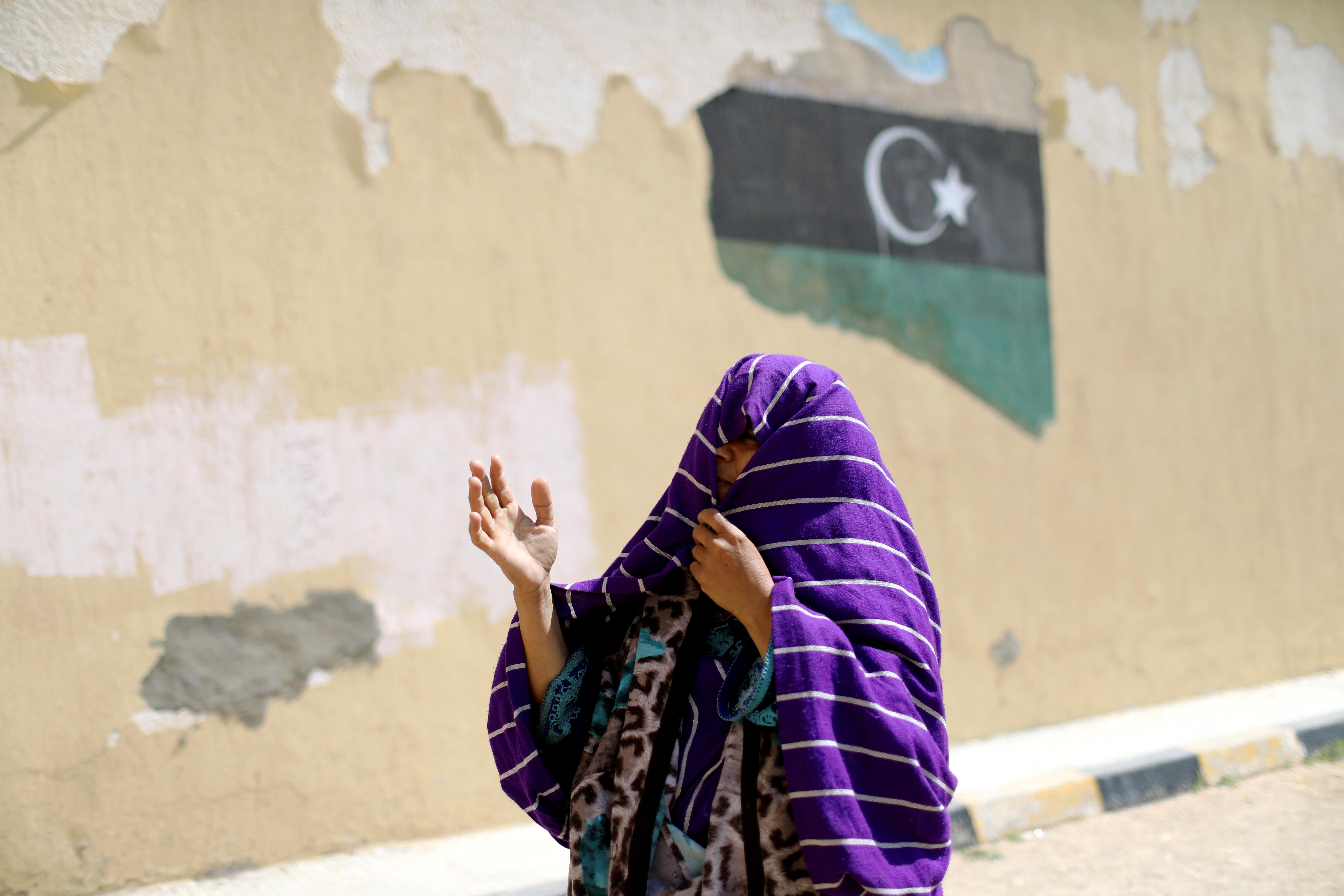 But the southern district of Abu Salim got shelled late on Tuesday with explosions being heard even in the city center where life had been going on largely untouched by the violence.

The artillery killed at least two people and wounded eight, Osama Ali, spokesman for a Tripoli emergency body, told Reuters, without saying who was behind the shelling. Another official told Libya’s Alahrar channel four had been killed and 20 wounded.

The district is located near the road to the old airport in southern Tripoli, which has changed hands several times since the fighting started. Abu Salim lies north of forces loyal to Tripoli seeking to stop the LNA troops coming from south.

Forces allied to Tripoli have accused the LNA of firing rockets into residential areas, but the LNA said in a statement it had nothing to with the shelling, accusing instead a Tripoli-based group.

As the rockets fell, the U.N. Security Council was due to consider a British-drafted resolution that would demand a ceasefire in Libya and call on all countries with influence over the warring parties to ensure compliance.

Foreign powers are worried but unable to present a united front over the latest flare-up in the cycle of anarchy gripping Libya since dictator Muammar Gaddafi was toppled in 2011.

The conflict has brought a growing humanitarian toll – 174 people killed, 756 injured and almost 20,000 displaced, according to the latest United Nations tallies – and sunk for now an international peace plan.

It threatens to disrupt oil flows, foment migration across the Mediterranean Sea to Europe, and allow jihadists to exploit the chaos.

Qatar said an existing U.N. arms embargo on Libya should be strictly enforced, to prevent Haftar, 75, from receiving arms.

Haftar enjoys the backing of Egypt, the United Arab Emirates and Saudi Arabia, who view him as an anchor to restore stability and combat Islamist militants.

Those three nations cut ties with Qatar in 2017, accusing it of support for militants and Iran.

The arms embargo must be implemented “to prevent those countries that have been providing ammunitions and state-of-the-art weapons from continuing to do so,” he said.

Past U.N. reports say the UAE and Egypt have both supplied Haftar with arms and aircraft, giving him air superiority among Libya’s multiple factions. East Libyan authorities say Qatar and Turkey back rival, Islamist-leaning factions in western Libya.

The Gulf diplomatic divisions echo those in Europe, where former colonial ruler Italy and France have sparred over Libya.

Paris has given Haftar support in the past, viewing him as the best bet to end the chaos since a NATO-backed rebellion to end Gaddafi’s murderous four-decade rule.

Italy, with considerable oil interests in the OPEC member, supports the Tripoli government of Prime Minister Fayez al-Serraj and was furious with French reluctance to back a recent European Union resolution urging Haftar to halt his advance. 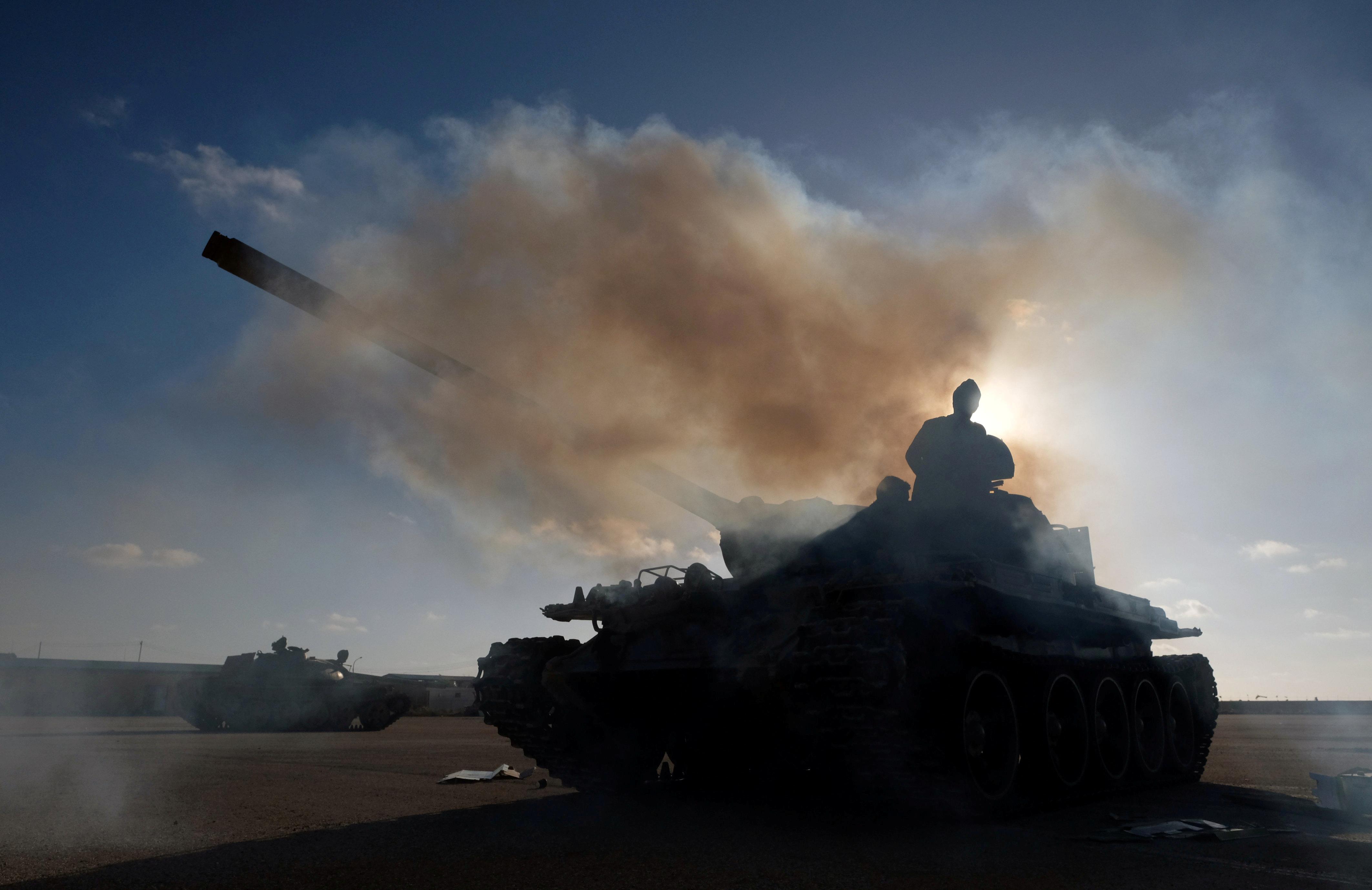 Nevertheless, Serraj has managed to hold the LNA at bay, thanks largely to armed groups that have rushed to aid them from other western Libyan factions.

“The war ends with the withdrawal of these (LNA) forces and return from where they came,” Serraj said in a statement on Tuesday.

Though Haftar presents himself as a champion against what he calls terrorism, opponents cast him as a would-be dictator like Gaddafi. About 70 people protested against him at the central Algiers Square in Tripoli on Tuesday.