CEYLANPINAR, Turkey (Reuters) – Shelling could be heard at the Syrian-Turkish border on Friday morning despite a five-day ceasefire agreed between Turkey and the United States, and Washington said the deal covered only a small part of the territory Ankara aims to seize.

Reuters journalists at the border heard machine-gun fire and shelling and saw smoke rising from the Syrian border battlefield city of Ras al Ain early on Friday, although the sounds of fighting later subsided by mid-morning.

The truce, announced on Thursday by U.S. Vice President Mike Pence after talks in Ankara with Turkish President Tayyip Erdogan, sets out a five-day pause to let the Kurdish-led SDF militia withdraw from an area controlled by Turkish forces.

The SDF said air and artillery attacks continued to target its positions as well as civilian targets in Ral al Ain: “Turkey is violating the ceasefire agreement by continuing to attack the town since last night,” SDF spokesman Mustafa Bali tweeted.

The deal was aimed at easing a crisis that saw President Donald Trump order a hasty and unexpected U.S. retreat, which his critics say amounted to abandoning loyal Kurdish allies that fought for years alongside U.S. troops against Islamic State.

Trump praised the deal, saying it would save “millions of lives”.

Turkey cast it as a complete victory in its campaign to control a strip of border territory hundreds of miles long and 20 miles (more than 30 km) deep, including major Kurdish-held towns and cities.

But the U.S. special envoy for Syria, James Jeffrey, said the agreement fell short of that aim, covering only an area where Turkish forces were already operating.

Kurdish fighters leading the SDF, who are meant to withdraw under the deal, appeared to have taken a similar view that the truce covered only a relatively small area.

SDF commander Mazloum Kobani told Kurdish broadcaster Ronahi TV late on Thursday the group would accept the ceasefire but it was limited to a strip between Ras al Ain and the town of Tal Abyad, directly on the border and about 120 km (80 miles) apart.

However, with the United States pulling its entire 1,000-strong contingent from northern Syria, the extent of Turkey’s ambitions is likely to be determined by Washington’s adversaries Russia and Iran, filling the vacuum created by the U.S. retreat.

The government of President Bashar al-Assad, backed by Moscow and Tehran, has already taken up positions in territory formerly protected by Washington, invited by the Kurds.

The U.S. envoy Jeffrey acknowledged that Turkey was now negotiating with Moscow and Damascus over control of areas where Washington was pulling out, which were not covered by the U.S.-Turkish ceasefire agreement. 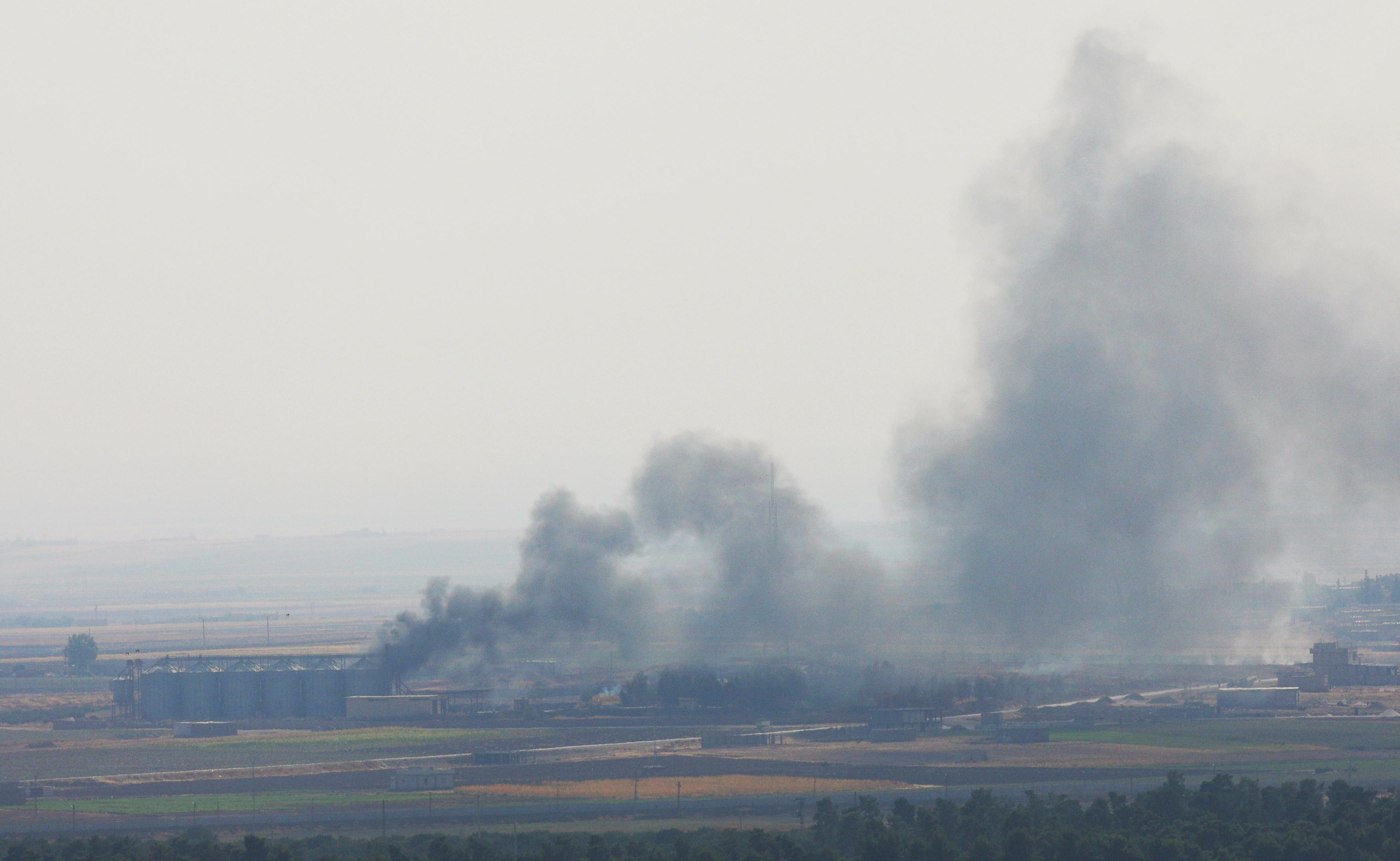 “As you know we have a very convoluted situation now with Russian, Syrian army, Turkish, American, SDF and some Daesh (Islamic State) elements all floating around in a very wild way,” Jeffrey said.

“Now, the Turks have their own discussions going on with the Russians and the Syrians in other areas of the northeast and in Manbij to the west of the Euphrates,” he said. “Whether they incorporate that later into a Turkish-controlled safe zone, it was not discussed in any detail,” Jeffrey said.

Pence said U.S. sanctions imposed on Tuesday would be lifted once the ceasefire became permanent.

In Washington, U.S. senators who have criticised the Trump administration for failing to prevent the Turkish assault in the first place said they would press ahead with legislation to impose sanctions against Turkey.

The Turkish assault began after Trump moved U.S. troops out of the way following an Oct. 6 phone call with Erdogan.

It has created a new humanitarian crisis in Syria with – according to Red Cross estimates – 200,000 civilians taking flight, a security alert over thousands of Islamic State fighters potentially abandoned in Kurdish jails, and a political maelstrom at home for Trump. 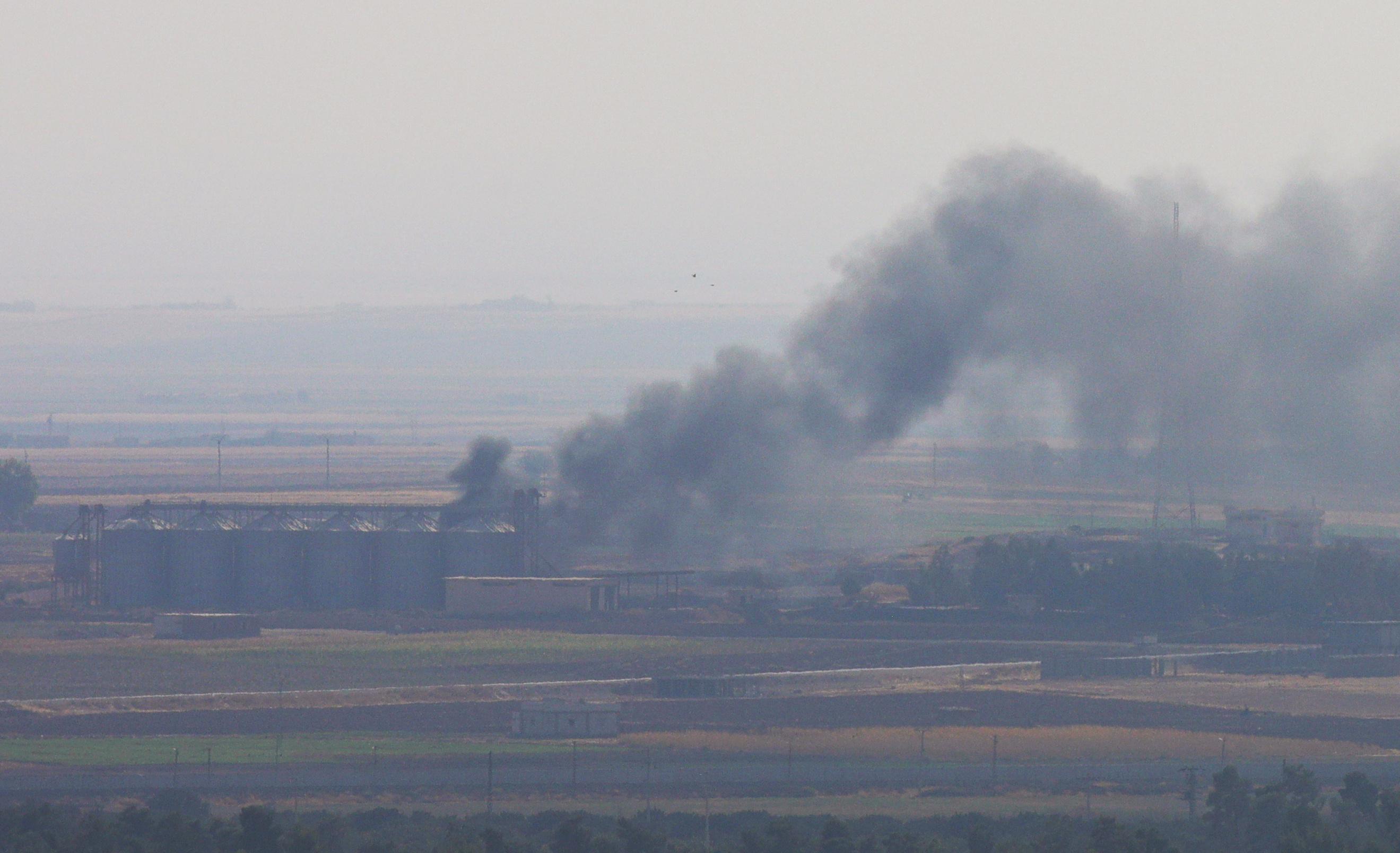 Turkey says the “safe zone” would make room to settle up to 2 million Syrian refugees it is currently hosting, and would push back the YPG militia which it deems a terrorist group because of its links to Kurdish insurgents in southeast Turkey.

A Turkish official told Reuters that Ankara got “exactly what we wanted” from the talks with the United States.