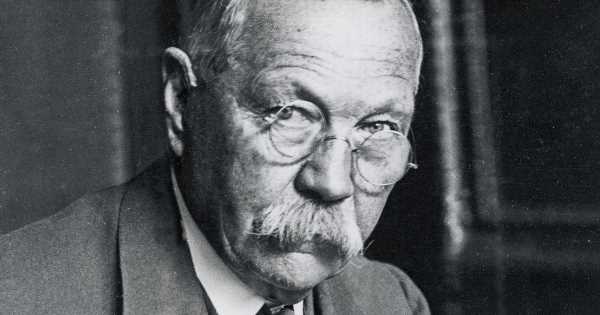 They are the masters of the whodunit who have given us some of the most thrilling tales of murder and intrigue.

But having studied the criminal mind for their page-turning plots, it's no wonder top crime writers have sometimes turned real-life detectives.

It's a remarkable story of mutilated horses, a wrongfully convicted lawyer and a fight for justice in the early 20th Century.

But, as Daily Star reveals, he is not the only thriller writer to turn their hand to a spot of genuine sleuthing.

The Sherlock Holmes author was a famous figure by 1907 when lawyer George Edalji wrote asking for his help.

A vicar’s son of Indian descent, from Great Wyrley, Staffs, he had been jailed for seven years for mutilating animals and writing threatening letters.

He’d been accused of slashing the stomachs of horses as well as cows and sheep in the dead of night.

Amid local hysteria, the 27-year- old was collared by police after they were sent mysterious letters naming him as a member of a gang responsible for the killings.

While Conan Doyle was often asked to re-examine crimes, he usually turned down the requests. But this case intrigued him as the killings had continued even after Edalji had been arrested.

Conan Doyle soon demonstrated Edalji’s eyesight was too bad to have stalked animals at night.

Visiting the crime scene and interviewing witnesses he found that, influenced by racism, the local police had made a series of blunders.

The mud on Edalji’s boots was the wrong colour and the blood and horsehair evidence they’d supposedly found on his clothes just didn’t add up at all.

Thanks to a press campaign by the author, Edalji was finally cleared of the crime and the case led to the setting up of the Criminal Appeal Court.

But police refused to investigate Conan Doyle’s own suspect for the attacks, Royden Sharp, a known letter forger with convictions for arson and slashing train seats.

The ‘Queen of Crime’ used inspiration from real-life crimes in her novels, such as the kidnapping of US aviator Charles Lindbergh’s infant son in her book Murder on the Orient Express.

But as a member of the Detection Club, a group of mystery writers who liked to probe true crime, she analysed some of Britain’s most notoriously unsolved murders.

These included a case which had been a sensation of the Victorian age – the death of young barrister Charles Bravo.

In 1876 he was poisoned with antimony, which had been slipped into his bedside glass of water at his south London home, The Priory, and an inquest found he had been murdered.

Suspicion fell upon his new wife Florence, who he had mistreated, as well as the house maid Jane Cox, who Bravo had been apparently about to sack. But no-one was ever tried for the crime.

Poison was one of Christie’s favourite methods of bumping off her fictional victims and when she analysed the case she came up with her own suspect, a Dr Gully who’d had an earlier affair with Florence.

She said: “He was the only person who had an overwhelming motive and who was the right type, exceedingly competent, successful, and always considered above suspicion.”

The real identity of Jack the Ripper, the infamous serial killer who murdered at least five women in East London during 1888, is still officially unknown.

But there have been lots of suspects named over the years including proven multiple murderers such as George Chapman and Thomas Neill Cream.

Cornwell, famed for her novels about medical examiner Kay Scarpetta, has spent millions researching the case.

And she reckons renowned artist Walter Sickert, known to have been interested in the Ripper case, is the true culprit.

She spelled out her theory in 2002 book Portrait of a Killer and another tome in 2017, even buying up Sickert’s desk and many of his disturbing paintings to test them for DNA.

Cornwell claims her research shows Sickert used the same writing paper as letters which someone calling themselves the Ripper sent to police.

She also says the painter was in Britain during the time of the murders rather than in France as he claimed.

She recently said she is “more sure than ever” of his guilt, but other Ripperologists and historians are sceptical of her findings.

It has been described as the ‘perfect murder’ with top crime writer Raymond Chandler even branding the mystery around it as ‘unbeatable’.

But that hasn’t stopped some of his fellow authors trying to crack the case in the baffling murder of Julia Wallace in Liverpool on January 19, 1931.

Her husband, insurance salesman William Herbert Wallace, was originally convicted of the killing but later freed on appeal due to lack of evidence.

The case centred around a mystery message left in a call by a Mr Qualtrough to Wallace’s chess club asking to meet him at 25 Menlove Gardens East on business.

But when Wallace got there the next evening he found the address didn’t exist.

He was seen by neighbours returning home where he apparently found his wife brutally beaten to death in the sitting room.

Thanks to police bungling, the exact time of death wasn’t certain. Could he have had time to kill her before creating a fake alibi?

Did he, as police believed, make the Qualtrough call himself – even though the man who took it was sure it wasn’t Wallace’s voice on the line.

Investigators have since claimed a colleague of Wallace’s called Richard Gordon Parry could have killed Julia in a botched robbery. A bloodied glove was seen in his car on the night of the murder.

Top crime writer PD James believes Parry made the crank call to wind Wallace up but he wasn’t the murderer.

Her theory is Wallace did kill his wife with an iron poker, stripping off naked and covering himself with a blood-spattered mackintosh found near Julia’s body. She also thinks he could have done it in the timeframe.

Author Dorothy L Sayers was also fascinated by the case, concluding the mystery was ‘insoluble’ but that the onus was on “those who prefer a more out-of-the-way solution to the obvious one” to identify a convincing alternative killer.