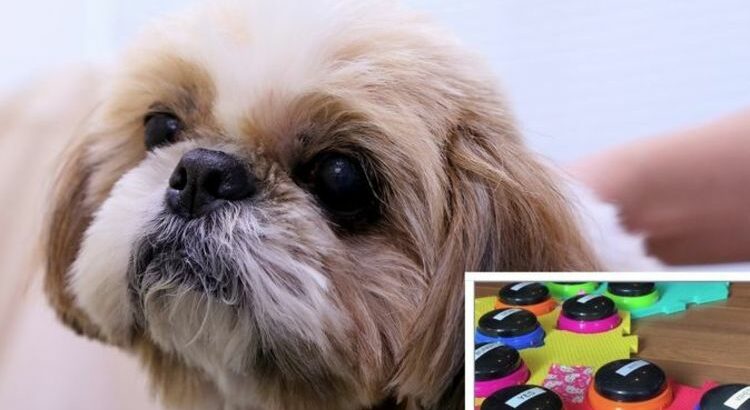 During the cute clip, viewers first see a caption telling them to turn up the volume in order to hear a robotic voice saying ‘Daddy’ and the sound of a pup whining. Miso the Shih Tzu, who uses the clever device to tell her owner what they want tells her pet that her dad is not home before asking her mum to enter the living room.

Filming Miso’s reaction, the canine’s owner then shows people watching the tiny Japanese dog breed sitting on a rug in front of several mutlicoloured buttons across the floor.

The four-legged friend is then asked again what they want, which they trot over to a yellow button which says: “Play”.

In response to the dog’s request, the owner says: “Miso, we’ve played so much this morning, look. All your toys are still on the floor! Play all done.”

While the camera pans around to show several dog toys scattered across the living room, Miso wags its tail in hope that its owner will give them some attention.

Quickly realising that play time is off the cards and that their owner has to work, Miso begins to bark and jump up their owners leg upset of being told no.

A humorous caption then appears narrating the Asian dog breed’s response which reads: “How dare you say that!”

Another caption then tells viewers that after filming this hilarious reaction, Miso then went on to press the Sit button and sat by herself.

Since posting the Shih Tzu demand for play time to TikTok, the footage has been viewed over 10.4 million times and gained 1.3 million likes.

Thousands of people left their responses in the comment section, many of whom sharing what they would do in this situation.

One TikTok user said: “I would lose my job and play.”

Another person commented: “You should get another dog. Teach the new dog the same words. Then watch the two of them communicate using the board together lol.”

Several TikTok videos have been shared by dog owners of their four-legged friends using the communication buttons with different levels of success.

According to their official website, Miso was introduced and trained to use the communication buttons during lockdown and has learned 14 different words.

Shih Tzu’s are a toy dog breed which means “little lion” and known for their independent, intelligent playful nature that originates from Tibet.

Keep up to date with all our TeamDogs news by following our social pages. As well as videos, tips and advice, we’ll also be sharing some of your amazing doggy pictures so follow us on Facebook, Instagram and Twitter. 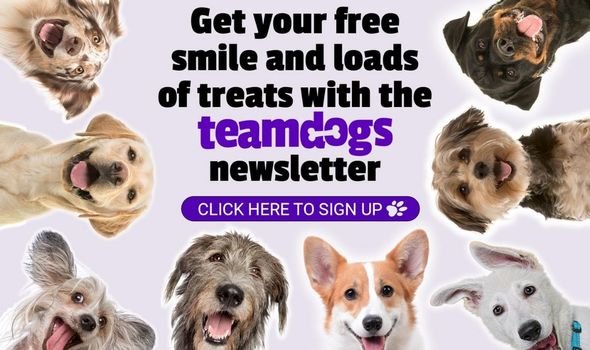