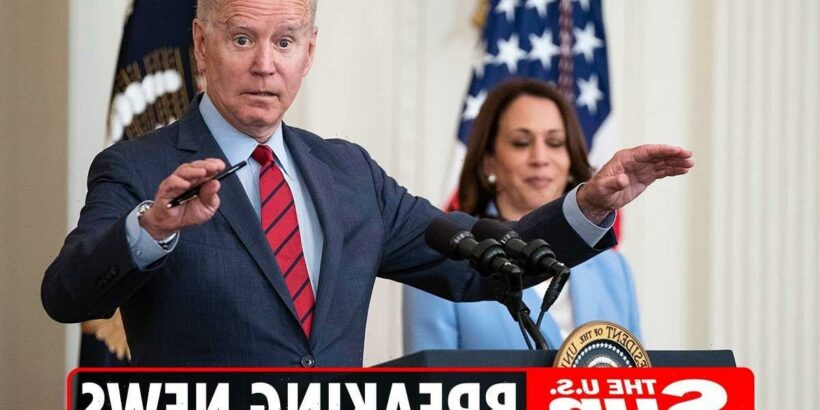 The president had forgotten to mention the disaster until his VP stepped in on Thursday. He then told reporters: "O yes, I apologize, thank you." 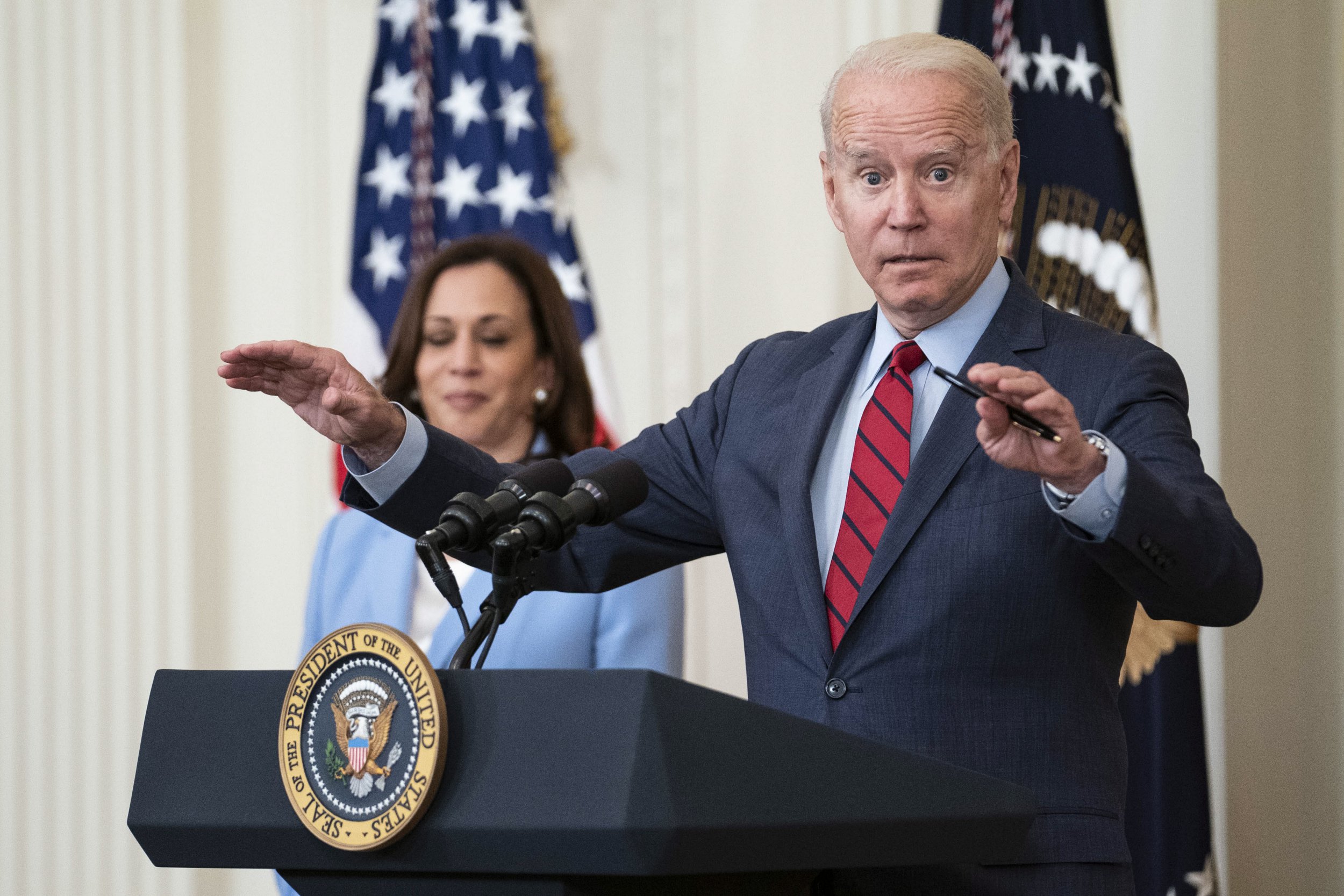 Biden then went on to detail his conversation with the mayor of Miami-Dade, adding: "We are on top of it.

"FEMA is down there taking a look at what is needed.

"I say to the people of Florida: whatever help you want that the federal government can provide, we are waiting."

Officials have said 99 people are still missing following the collapse in the early hours of Thursday morning. 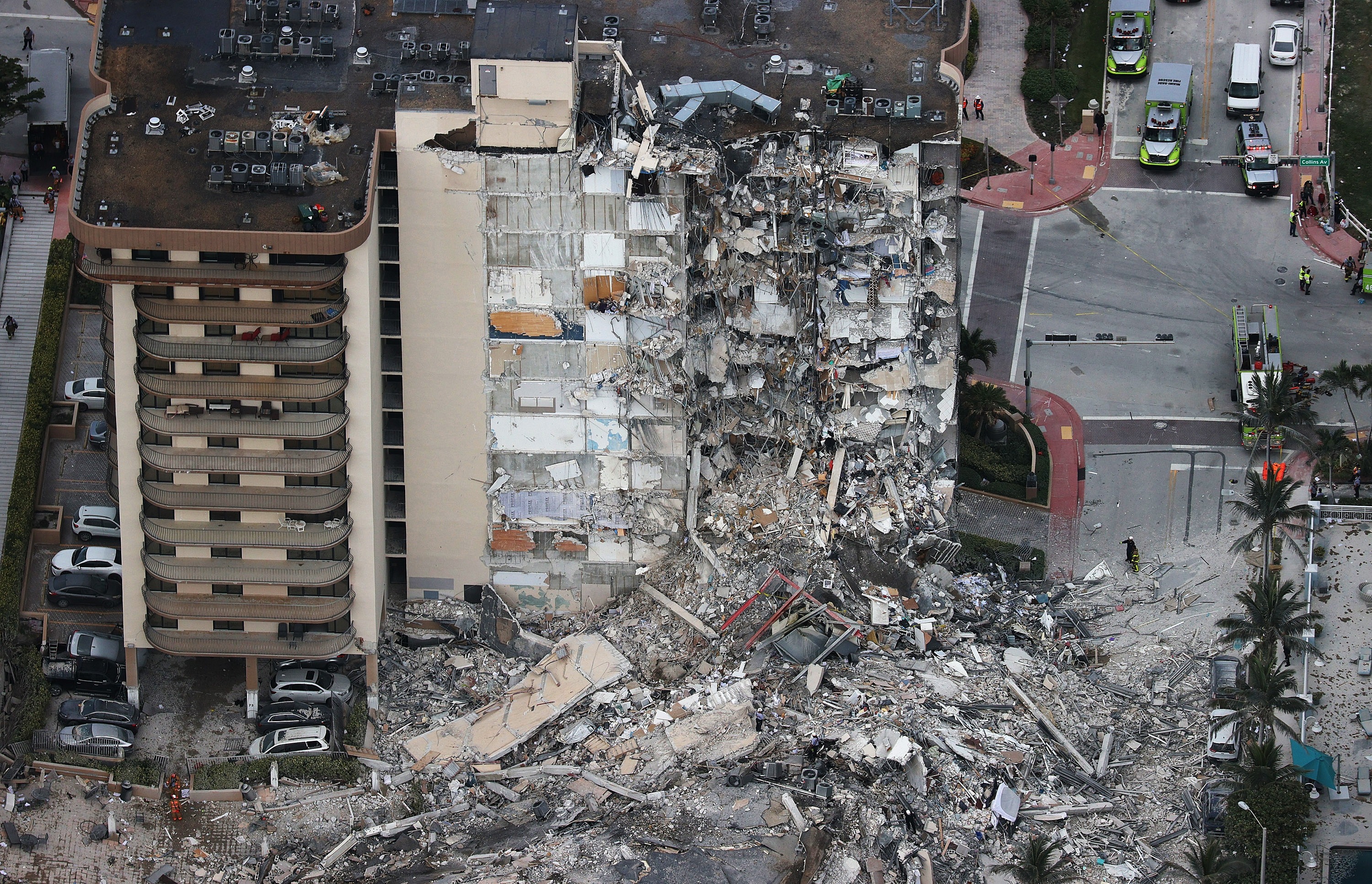 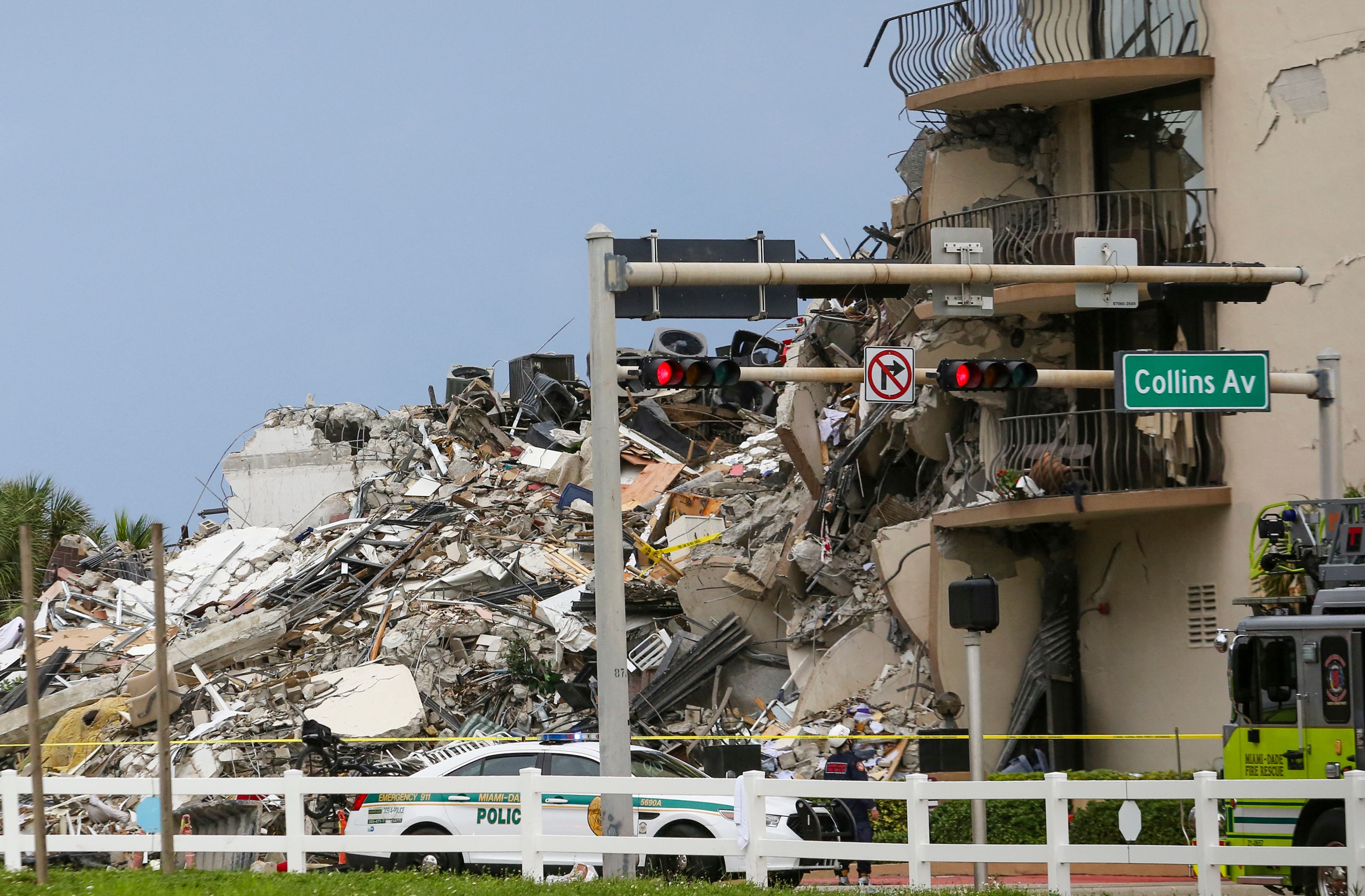 Before Harris stepped in Biden had appeared to be ending his press conference, telling reporters: "I have to get a helicopter."

Reporters could be heard shouting: "One more, will you travel to Florida? Can we ask you about Florida?"

Harris then appeared on screen and had a quiet word with the president.

He then turned back to the stand to speak about the administration's response to the disaster.

Biden added: "We're waiting for the Governor to declare an emergency… as we learn what might happen to [the] rest of the building.

"We are ready to move with federal resources immediately."

Dozens were pulled from the block as around 80 emergency crews and five state agencies responded to the incident in Surfside around 1.30am on Thursday.

Footage shows a large section of the apartment building, called Champlain Towers South, that had collapsed into a pile of rubble near Collins Avenue on 88th Street, NBC Miami reported.

Officials confirmed that 55 apartments caved in, causing multiple injuries as 35 people were pulled from the wreckage, with 10 injured, and two hospitalized – one of whom passed away.

Local media reported that at least one person died and that a firefighter was among those injured, but others have noted that the death toll is expected to rise.

On Thursday afternoon, officials said 99 people were still unaccounted for following the accident after multiple apartments collapsed and firefighters were still frantically searching the debris for survivors as of 1pm ET.

It's not known what caused part of the apartment block to fall to the ground.