The image of the horrific meal shows a tiny omelette so charred from overcooking that pieces have broken off. 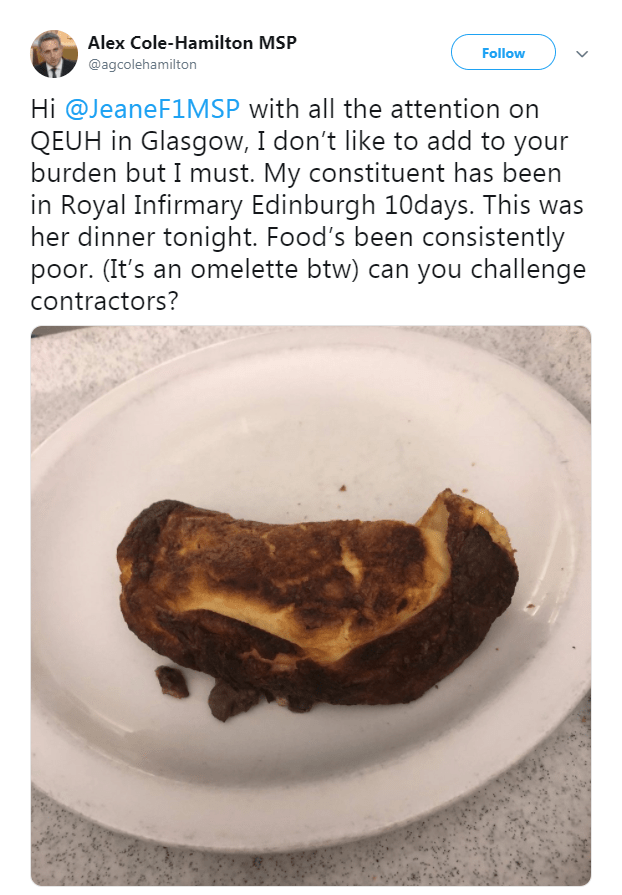 It was served to a female patient at Edinburgh Royal Infirmary and shared on social media by a Lib Dem MSP.

Alex Cole-Hamilton wrote: “My constituent has been in Royal Infirmary Edinburgh ten days.

"This was her dinner tonight. Food’s been consistently poor. (It’s an omelette btw).

The Lib Dem MSP for Edinburgh West called in the same tweet for Health Secretary Jeane Freeman to "challenge contractors”.

Social media users were disgusted by the photograph. 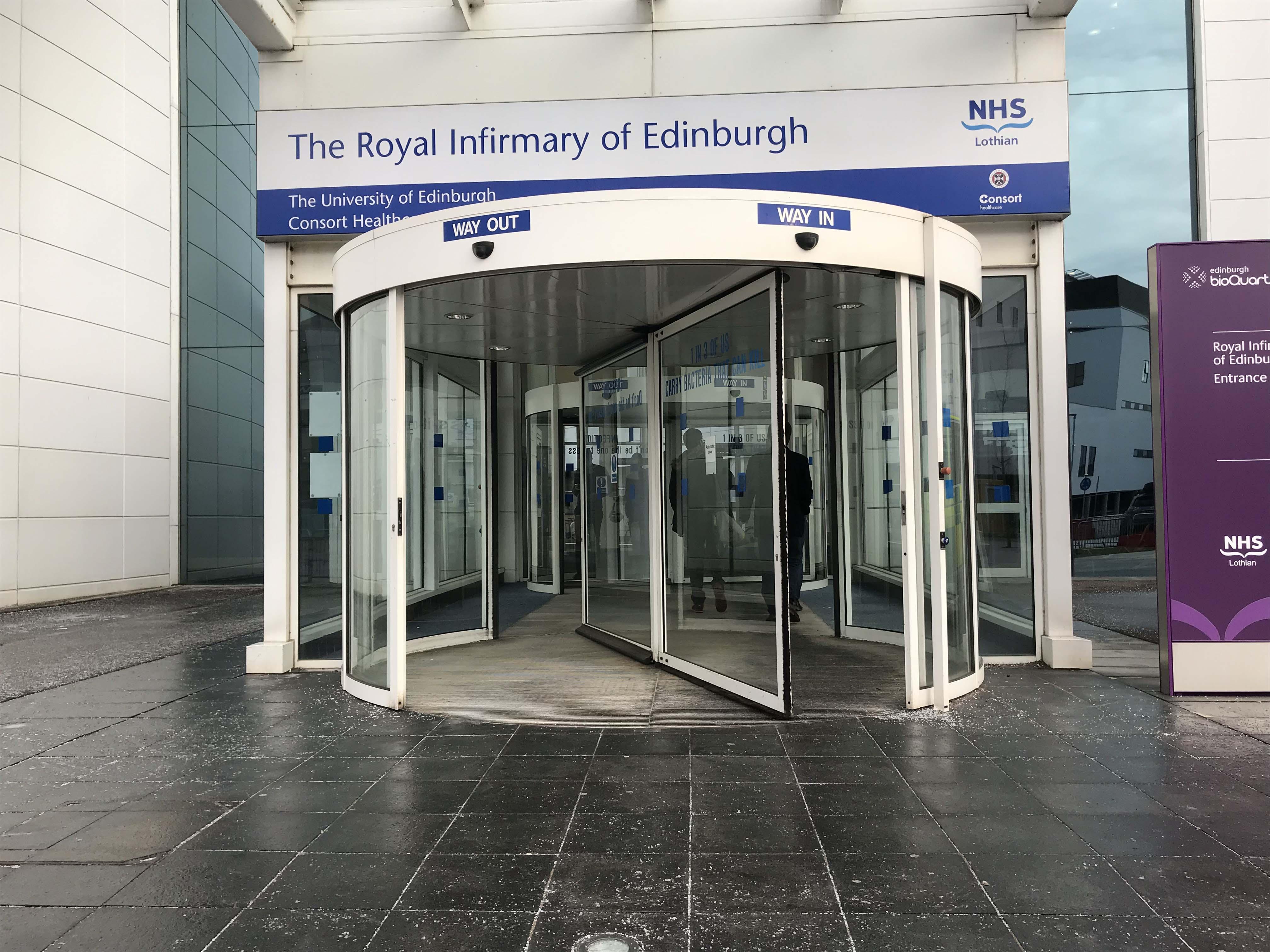 @BloodyPolitics wrote: “That's an omelette? It looks horrific. And where are the vegetables? One can only recover properly on a balanced healthy diet.

“Making an omelette even for large numbers is not rocket science. Scotland's flagship hospital is one scary place.”

@Dr_IRMS added: “That's not an omelette. That looks like a burnt Yorkshire Pudding sandwich with an even more badly burnt salamander as filling.”

@AileenHenry said: “Omg you wouldn't feed that to the dogs. My brother's in hospital at the moment and he was given a burnt shell pie and equally burnt beans the other day. Equally unsuitable for the dogs.”

@Murphy807 wrote: “Bloody hell. I would have guessed a well fired bridie.

@libsg41 added: “All too typical of [Scottish] NHS food. Plenty of money for vanity projects. Meanwhile our ill are being fed big slop.

"Nutrition is key in helping the sick get better. But why feed patients properly when you can virtue signal with foreign aid and new offices in far of places?"

In her response, Ms Freeman appeared to be more concerned about the manner in which the matter had been raised than what the picture showed.

She told Mr Cole-Hamilton: "Alex, you should always draw constituent concerns and such matters to my attention.

"But we don't resolve them on Twitter. Let's discuss tomorrow when I'll see you at Committee.”

It was reported last year that some Scottish hospitals are spending as little as £2 per head on catering each day for mental health patients and older people with dementia equating to £730 per year.

Hospitals must ensure that patients receive every day breakfast, two hot meals, with two or three courses, and a minimum of two snacks as well as seven to eight beverages. 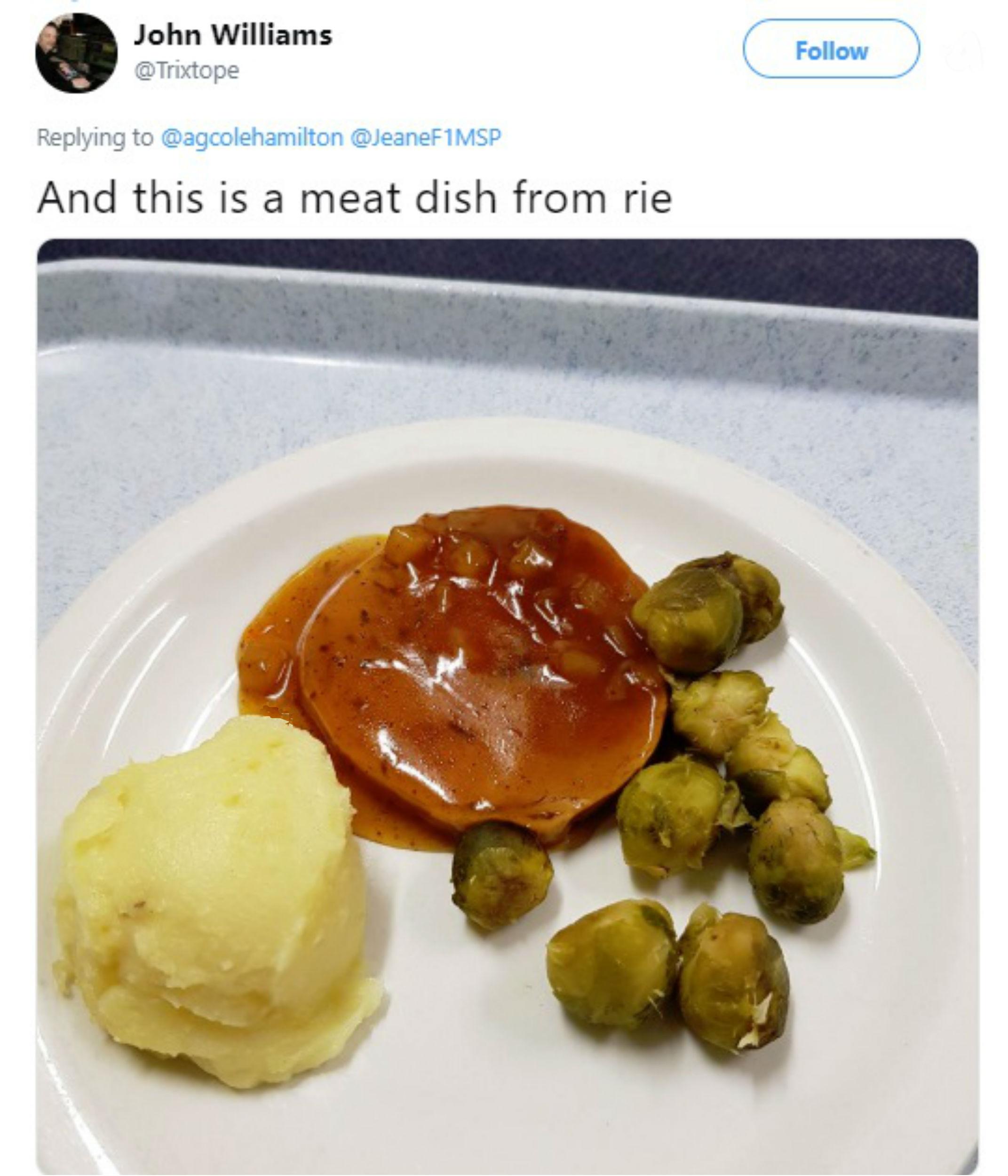 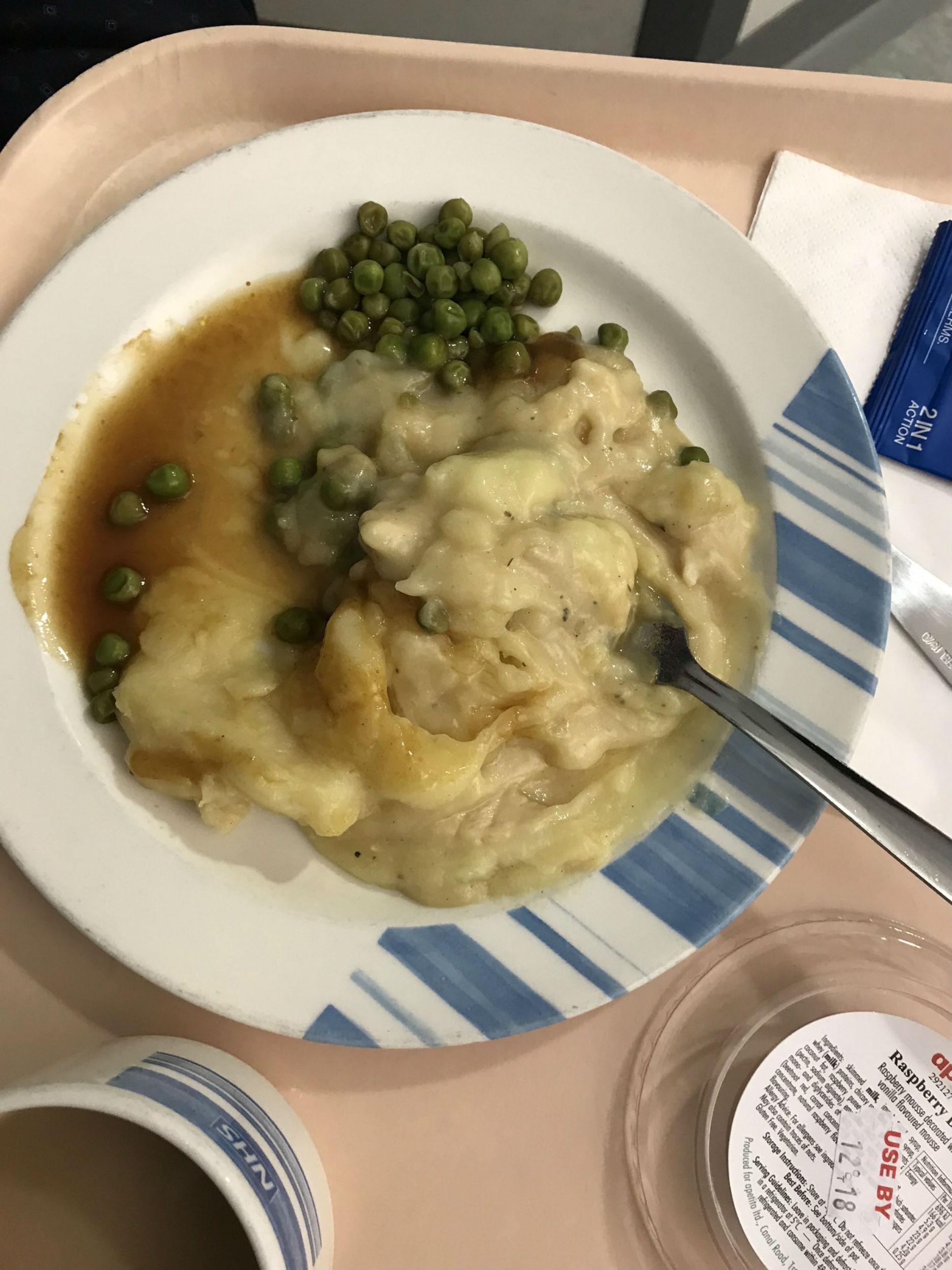