THIS is the shocking moment four thugs wearing face masks ransacked a Curry's PC World in front of terrified staff.

Footage shows the brazen men ripping gadgets from their displays during the raid in Southend-on-Sea, Essex. 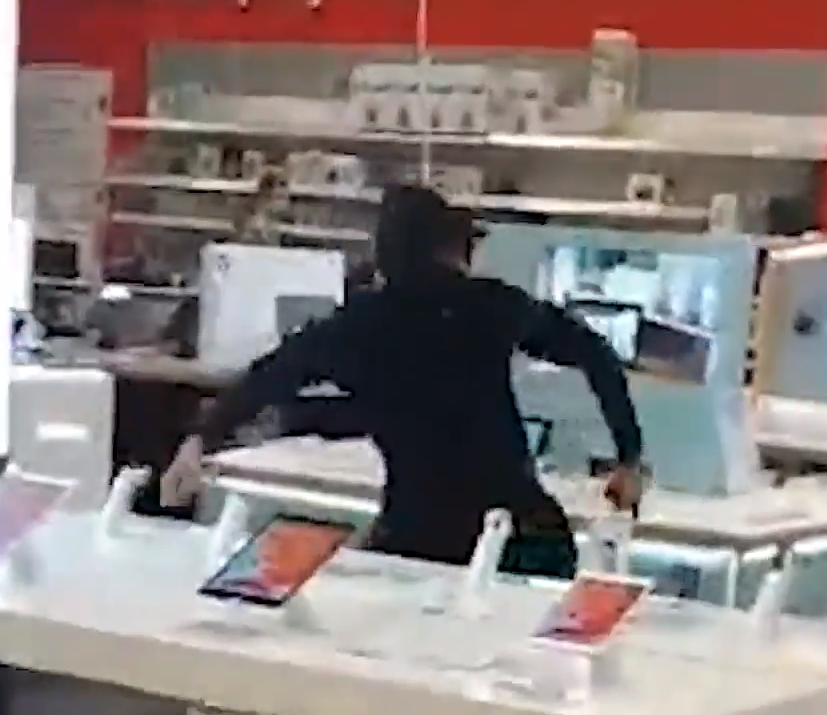 The yobs can be seen wearing medical face masks, which are now compulsory in shops to protect from coronavirus.

One of the suspects – also sporting a hat and sunglasses – appears to flee the shop with a tablet under his arm.

The others can be heard yelling "what, what, what" at helpless staff during the frenzied robbery.

At the end of the video, one of the greedy thugs runs back to the counter for one more item but is unable to detach it.

The thugs, who were believed to be carrying metal bars, made off with iPhones and watches, police confirmed.

The video has now gone viral after being shared on social media yesterday – with users blaming the government's new rules around face masks.

One person wrote: "Wearing mask great idea. This was seen a mile away by everyone apart from the government. Doh!!"

Another said: "See the problem of wearing mask now, this mask thing should be banned and let us focused on social distancing.

"Wearing mask inside shops, this are part of the disadvantages."

While one person wrote: "What did they expect. Robbers have never had it so good. They are now legally allowed to enter shops with there identity covered.

"Welcome to the new normal."

Essex Police confirmed they are investigating after the robbery at around 2.20pm yesterday.

They said no one was injured in the raid and believe the suspects left in a silver car.

Detective Inspector Stewart Eastbrook added: “Fortunately no-one was hurt but this was a frightening incident for staff and customers and we are determined to identify and arrest those responsible.

“The store is in a retail park near a busy junction leading to the A13 and there would have been a number of people and drivers who may have seen what happened or saw the suspects leave.

“We are keen to speak to anyone who saw what happened or has mobile phone or dash cam footage.”

Curry's PC World confirmed they are working with police and said the store remains open.

A spokesperson added: "The safety of our colleagues and customers is of paramount importance and we’re thankful no-one was injured."

It isn't the first time a raid has taken place at a Curry's PC World – with stores in Orpington, Greater London, and Scunthorpe targeted previously.

Anyone with information is asked to contact Southend CID on 101 quoting reference 42/11210/20. 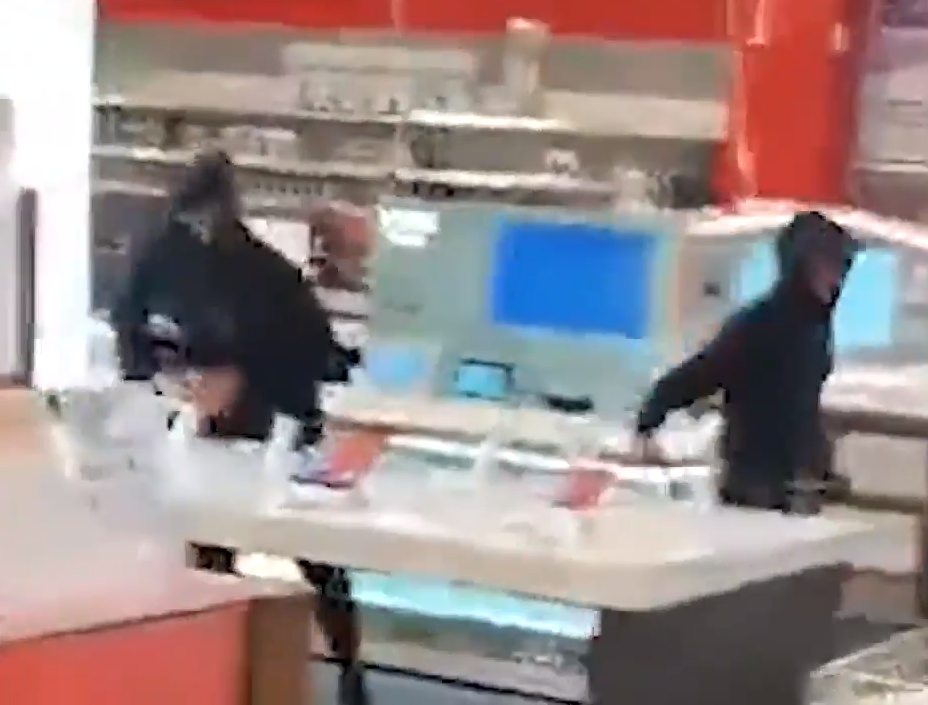 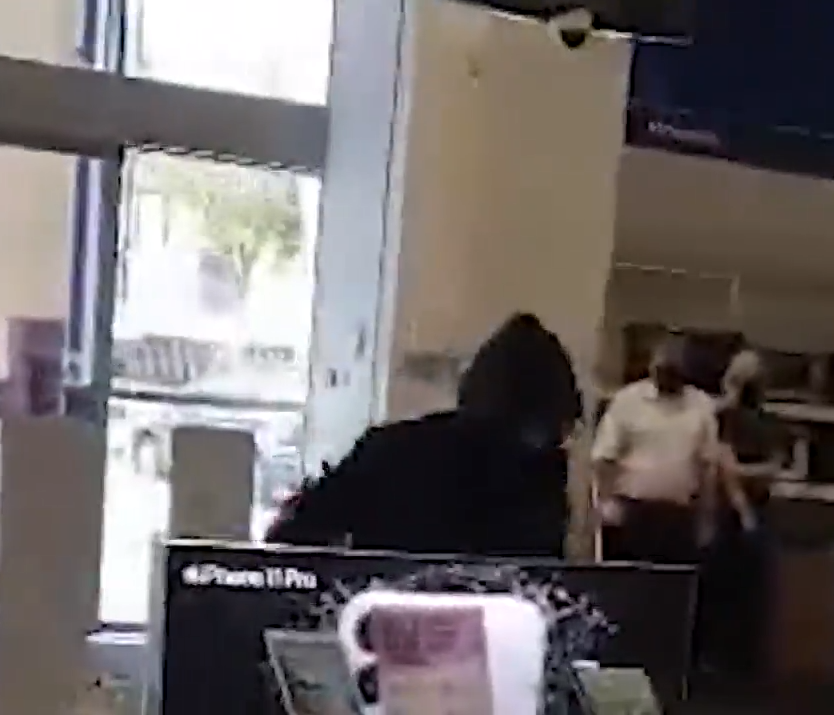 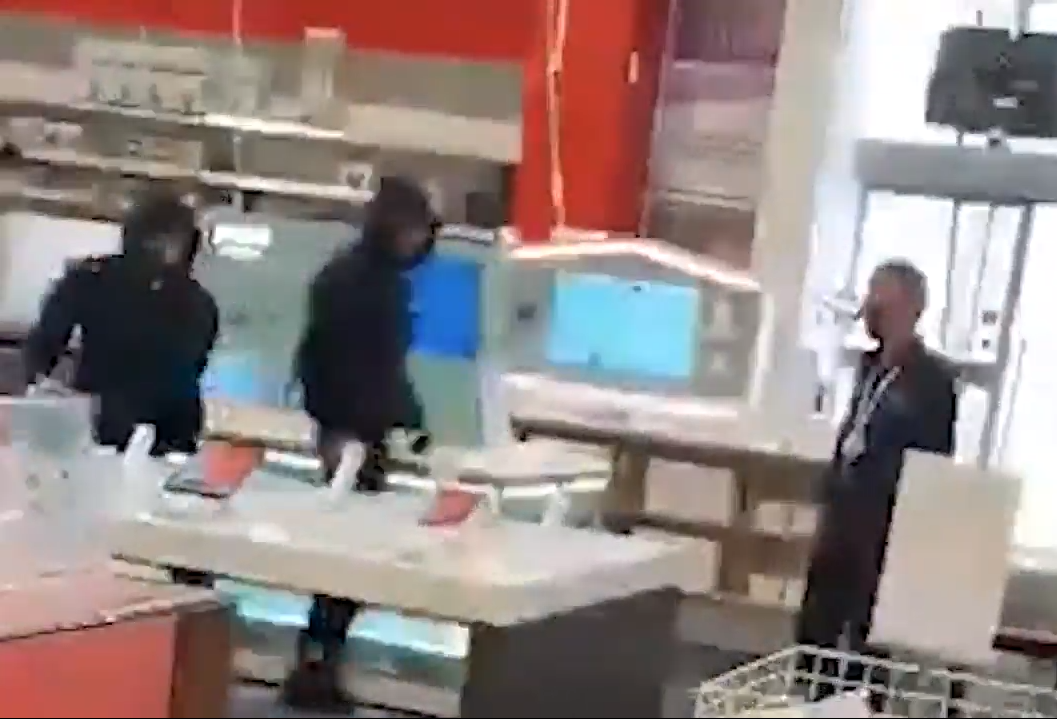