AN ENRAGED driver mowed down a bat-wielding man before plowing into a store-front in a wild road-rage clash that was caught on camera on Monday. 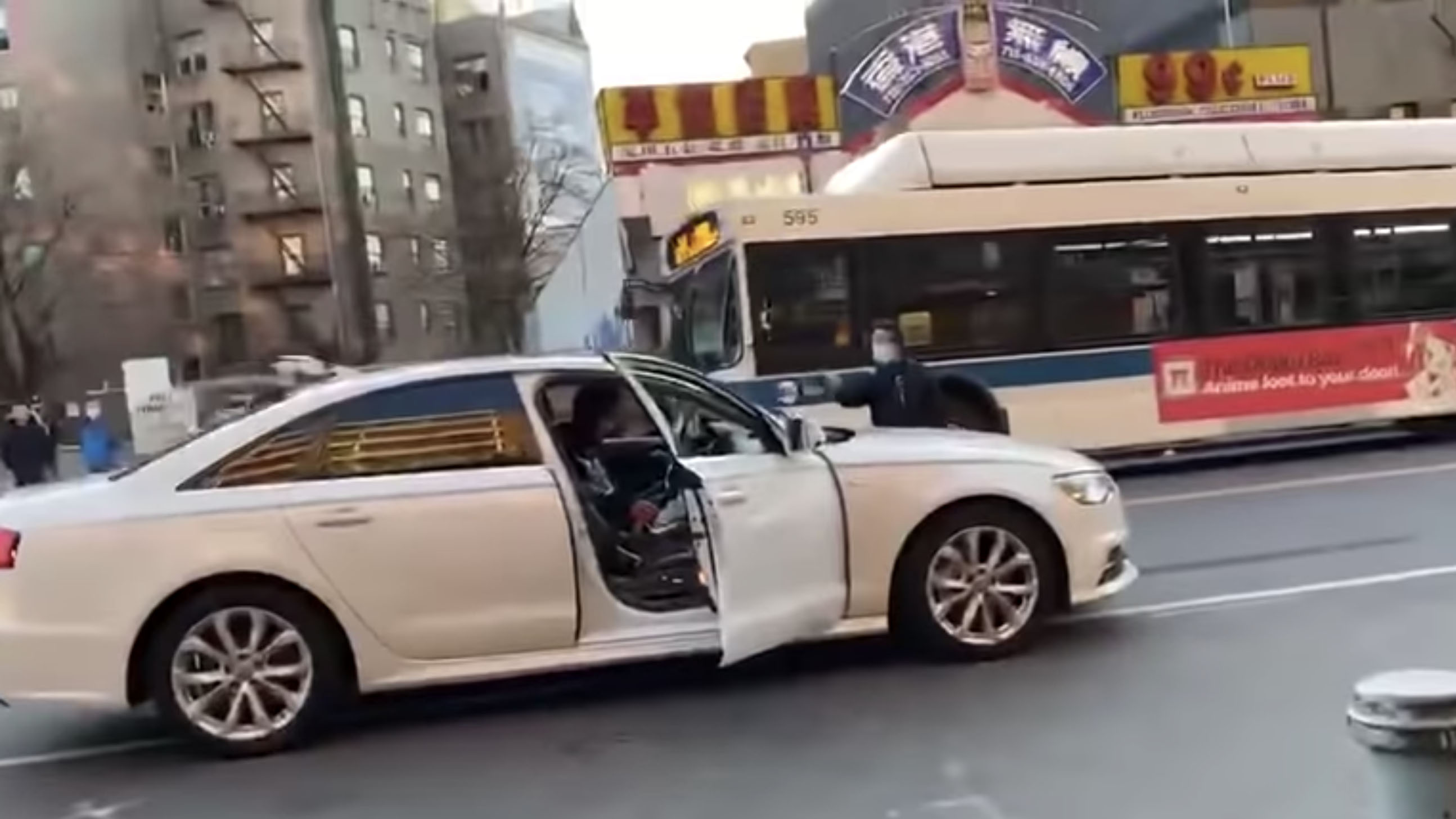 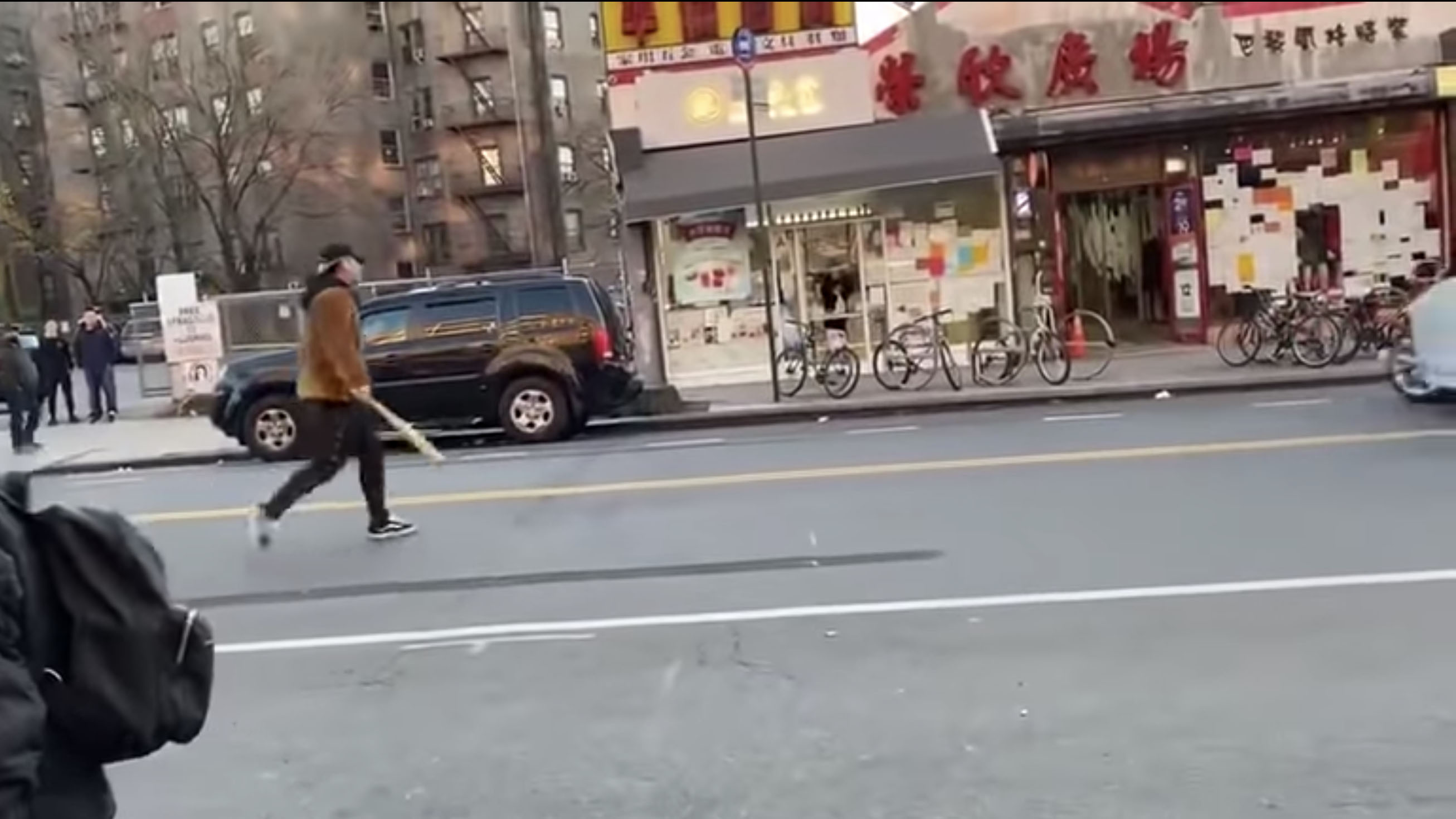 Two men driving an Audi got into an argument with two other men driving a white Audi just after 2pm on Tuesday.

The white Audi was double parked on the street, but that was reason enough for the foursome to engage in a fracas on the street, with one of the drivers repeatedly striking another with a bat as the others threw punches.

As the four men continue to throw punches at the other in the middle of the street, one of the men returns with a bat and starts whacking at the men.

One of the men returns to his white Audi and begins to drive away – but not before the man with the bat follows him and hits his left headlight. 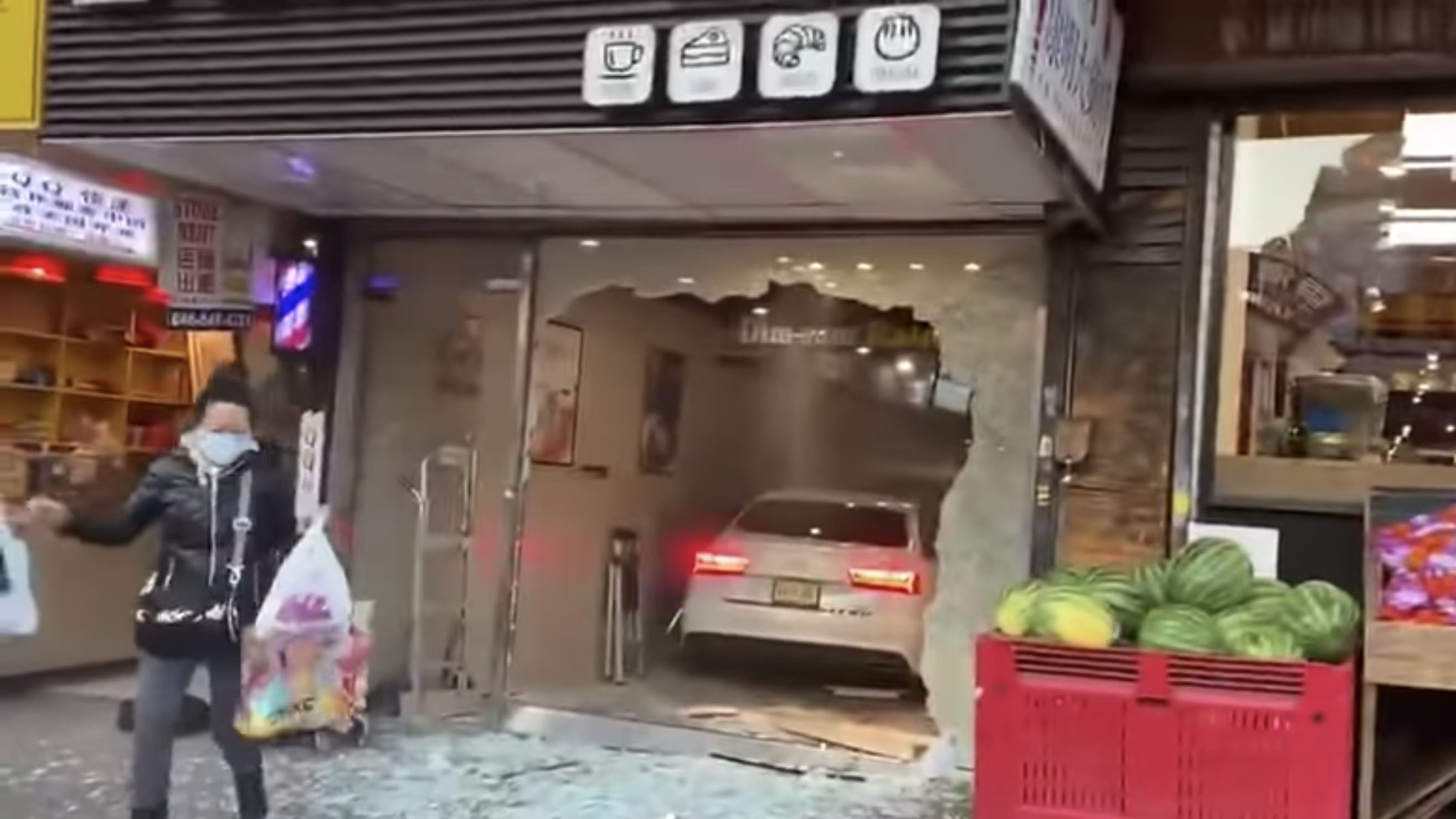 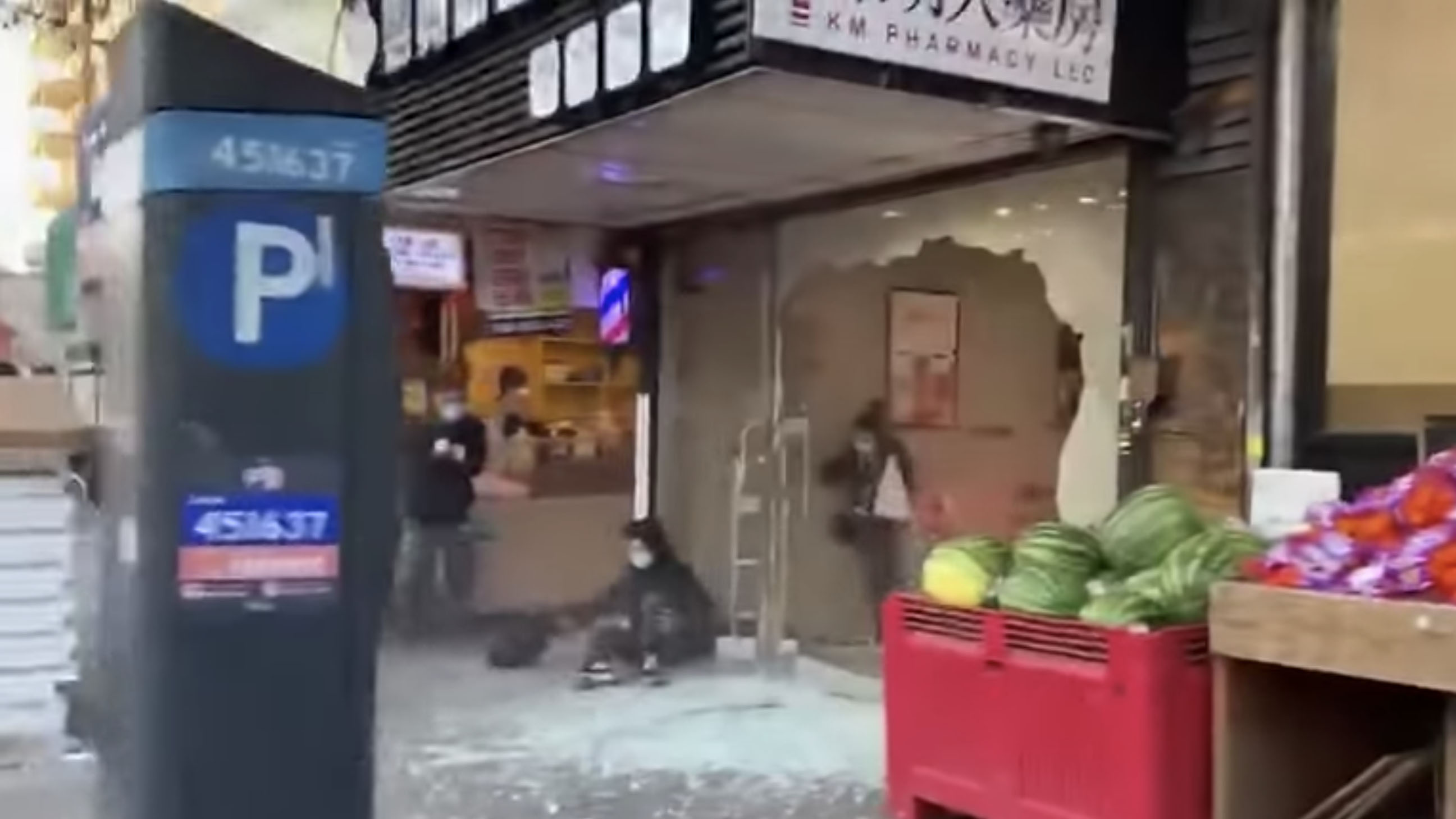 Abruptly, the driver of the white Audi floors his car and hits the man with the bat from behind all before crashing into a bakery window and leaving people on the sidewalk with minor injuries.

John Lo, the owner of Rainbow Bakery which was smashed by the car, said the frightening situation happened during his store's grand opening.

Lo said it was "unbelievable" no one was seriously hurt after his cashier was cut by flying glass.

Police arrested Jie Zou, 24, the driver of the white Audi, and charged him with assault and reckless endangerment. Jonathan Zhang, 35, was charged with assault.