CCTV shows how the monkey – which has attacked 19 residents – launching itself at the unsuspecting OAP as she walked slowly along a road. 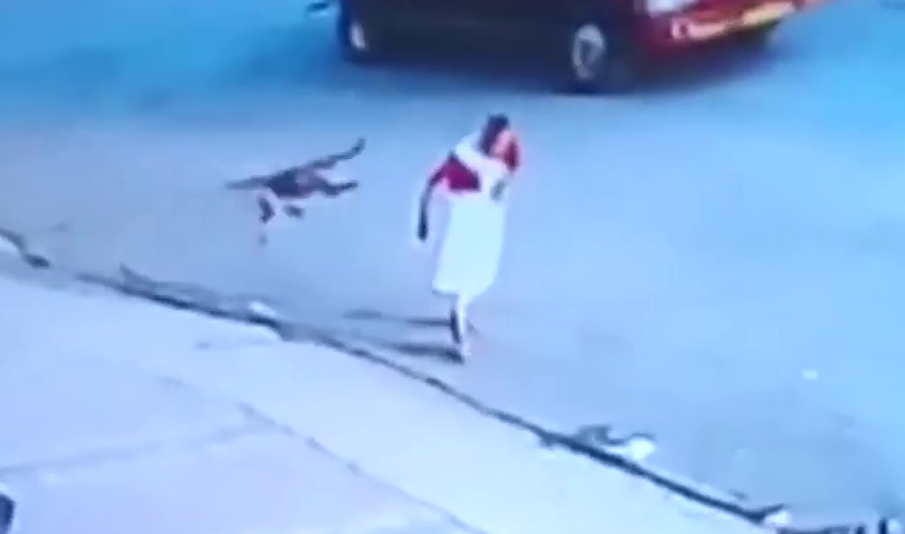 The force of the attack makes her fall face first on the floor where she then lies, seemingly unconscious, as the monkey dashes out of frame.

According to the Times of India, the 65-year-old woman suffered serious injuries.

The primate has also been filmed pouncing on a biker from behind and toppling him off his vehicle.

At least 19 people have so far been targeted by the Gray Langur monkey in Supa Village, near Navsari, in Gujarat state. 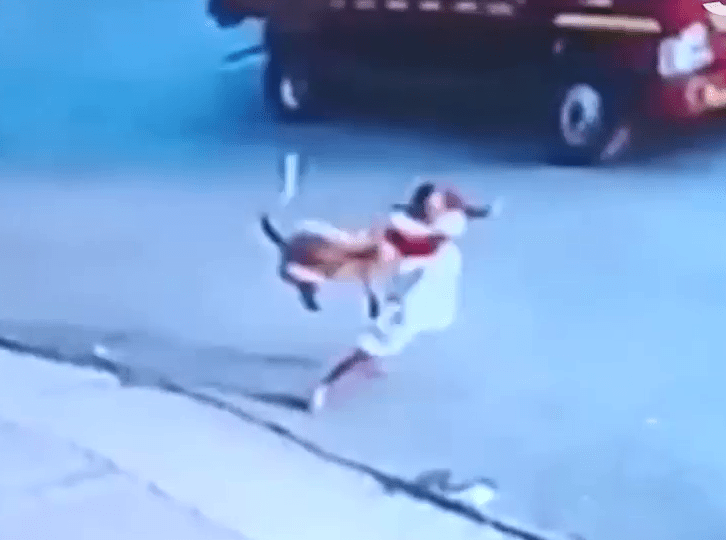 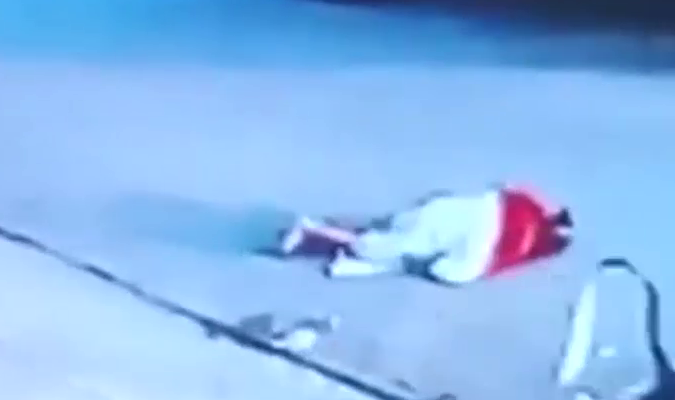 The animal has also been ramping up his attacks recently, striking at least one person every day in the last week.

“It was early in the morning, I was on my way to the milk collection co-operative when a monkey first attacked me,” the 47-year-old said.

“I was caught unaware by the intensity with which things unfolded. The monkey attacked me from behind and I fell on the ground, I had sustained some minor injuries due to the attack.” 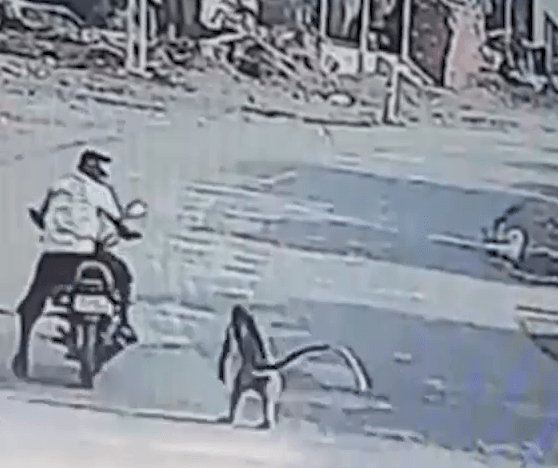 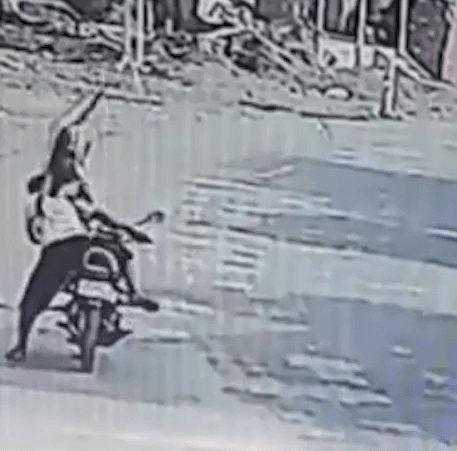 Villagers are said to be scared of leaving their homes with parents fearful of sending their children to school. They’ve tried giving the animal food to make it stop, but were unsuccessful.

Meanwhile authorities are baffled by the monkey’s behaviour.

“We are clueless as to why the monkey is behaving in this manner, we have received many complaints and we are now making a strategy to capture the monkey,” local range forest officer Vatsal Pandya said.

Earlier this year, a baby died after being was snatched by a monkey and dropped in a well.

The infant had been napping under a mosquito net in the eastern Indian state of Odisha.

A post-mortem showed the infant died of asphyxia due to drowning.