The New York commuter was furious at the accusation which arose during  a petty row over seats. 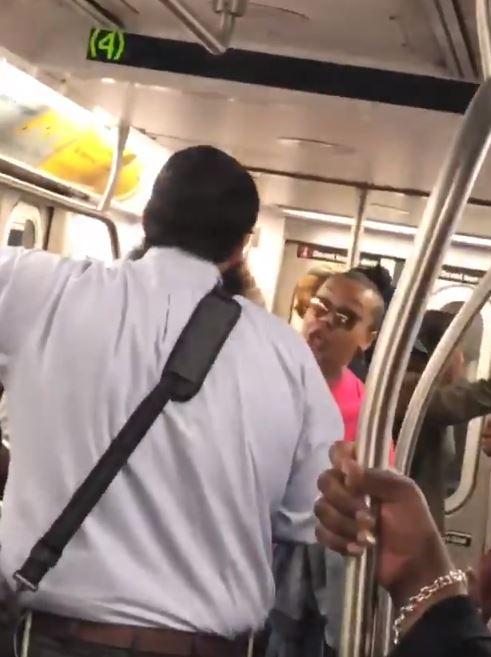 In a clip taken by a passenger, she can be heard yelling: “You said I’m racist so you tell me what I’m being racist towards … because you’re Jewish and I said if a Jewish family got on here, somebody would have got up.

“That is not a racist statement. That is a factual statement.”

She can then be heard shouting: “You need to learn the difference between race. "Judaism is not a race. It is a religion.” 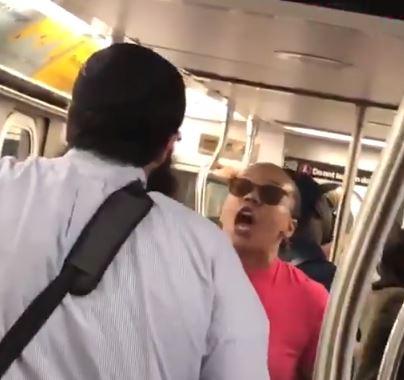 The man then tells her to “calm down”.

But the now furious woman shouts: “No, I need to calm down now because I’m schooling your a**.

“You guys think you’re so f***ing smart, but guess what? I’m gonna teach you a lesson on this  f***ing train today.”

The man then tries to tell her that they were the same, saying "I'm a person, you are a person”. 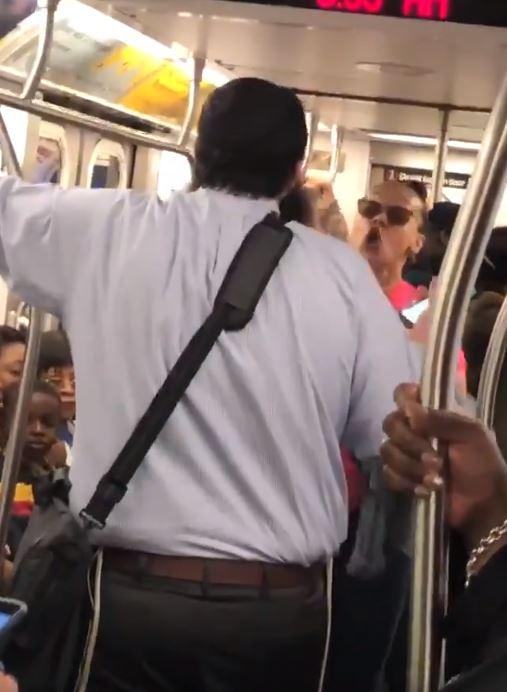 She replied: "No, we're different, understand that. You wanna know why? Because your people treat my people different in our community.

But he says "no, that's not true", pointing out he didn't own a house.

She also said: "You said I was racist because I brought up Judaism, right?

"You wouldn't have called me a racist if I said a Mexican family came on here, right?

"I'm not hateful, let me school you, did I say Jews are dirty? Did I say they stink?"

The Jewish man insisted what she said at the start was in fact racist, but she screamed several times: "Judaism is not a race."

With horns locked, the pair continue to argue that point before the video ended.

But in actual fact, unlike many religions, Jews ARE considered a race.

And the ultra-racist Nazis murdered six million of them because of this.