The footage, filmed in the Cardiff suburb of Whitchurch, shows the youths squaring up in broad daylight while brandishing deadly weapons as parents pick their children up from school. 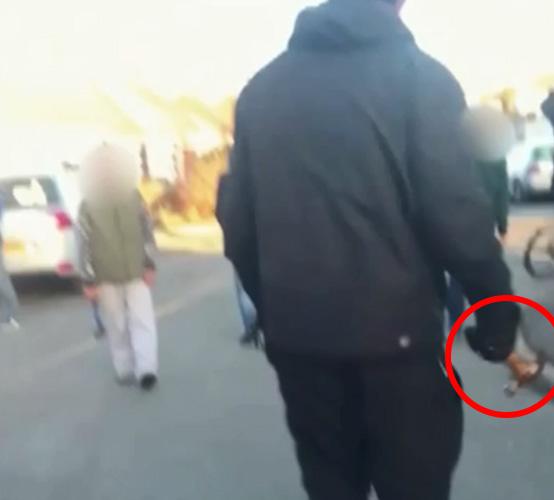 It began when Adam Awan and Anthony O’Driscoll, each from opposing groups in the exchange, began to shout threats in the street.

O'Driscoll, 18, then went home to get two axes, while three other boys who cannot be named were wielding a Stanley knife, a belt and an axe.

Mum Karen Bryant was on her way to pick up her daughter on January 19 when she saw what was going on, Wales Online reports.

She shouted at the gangs: "What are you doing with an axe?" as she bravely tried to intervene. 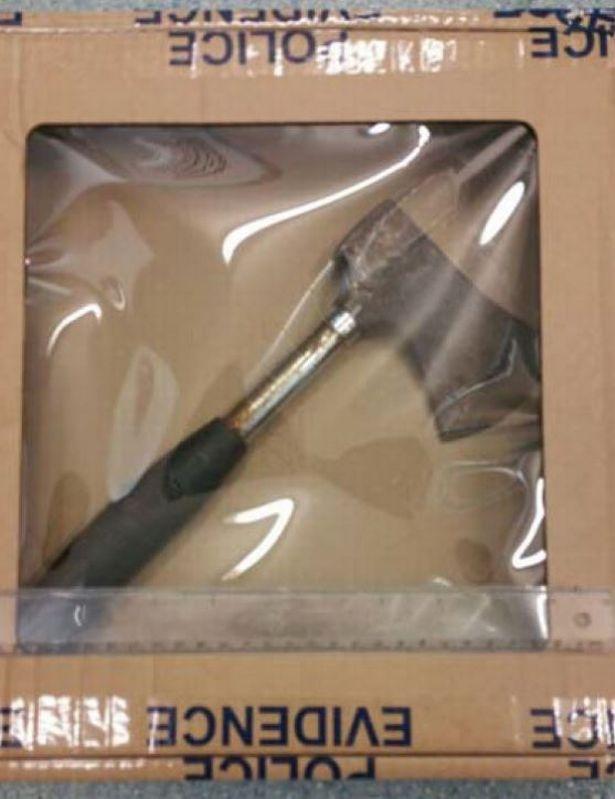 Mrs Bryant added: "This sort of thing does not happen in Whitchurch."

Cardiff Crown Court heard that a 14-year-old boy was found distressed in a nearby garden, having just been chased by a gang brandishing knives.

Awan, 18, from Penylan, admitted affray and possessing a hammer. 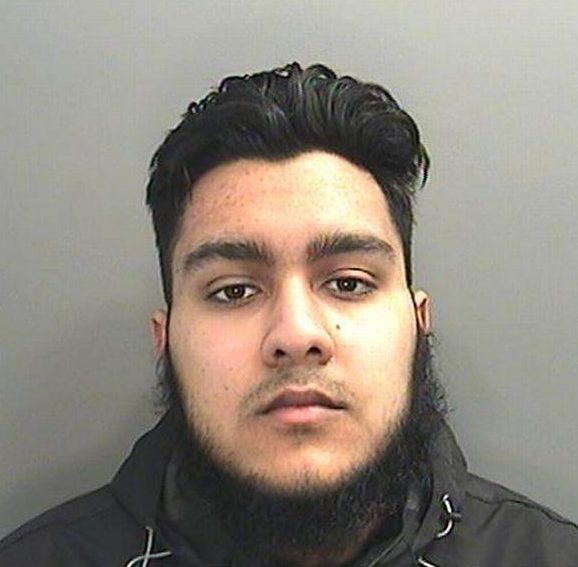 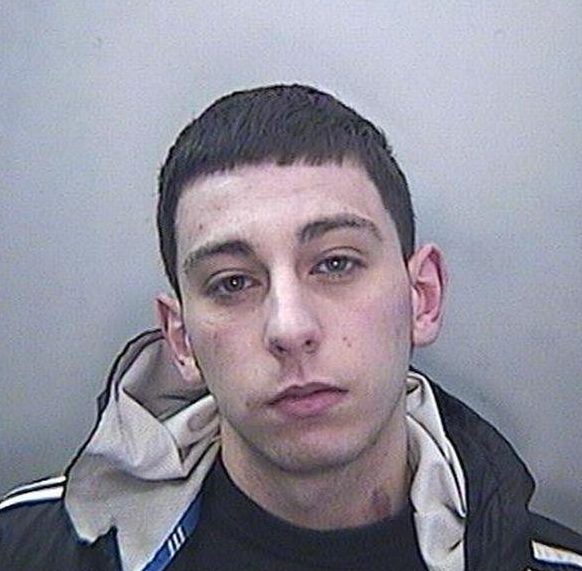 His behaviour was described as “reckless” and “impulsive”.

O’Driscoll, from Whitchurch, admitted affray and possessing an axe.

Judge Rees told the court: “This was a shocking and indeed terrifying incident for bystanders.”

The sight of weapons, she added, would have been “truly terrifying” for parents and pupils near the primary school.

O’Driscoll, who pleaded guilty at an earlier hearing, was given eight months in a young offender institution. Awan was sentenced to nine months.