A man was caught on camera attacking his 38-year-old wife with a screwdriver as she was sitting in a New York barber’s shop.

The couple, who share custody of a five-year-old daughter, ended up brawling in the store before taking the fight outside onto the street.

The attack was a brutal one as the man walked up to his unsuspecting wife with a screwdriver hidden in his hand. 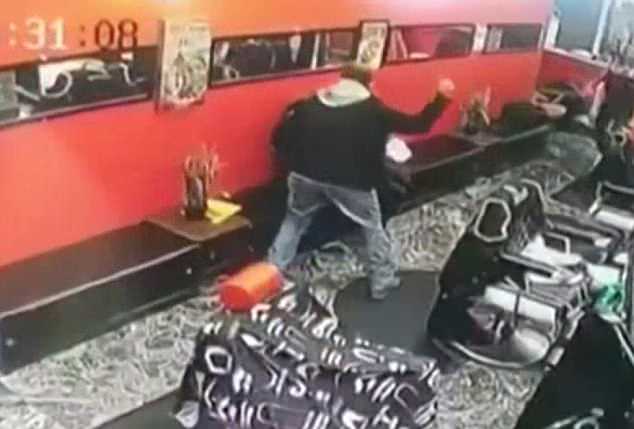 Chilling video shows a man repeatedly stabbing his wife with a screwdriver while she sat in a Manhattan barbershop, cops said Monday 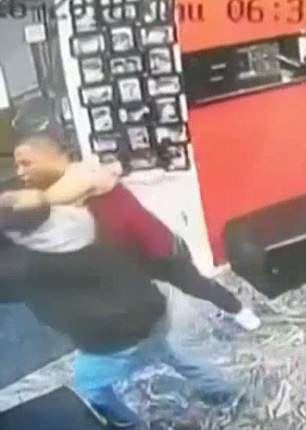 Shop owner Sierra Angel, seen here in the purple, attempted to wrestle the man away from his wife and to pull the screwdriver out of his hands but he was overpowered 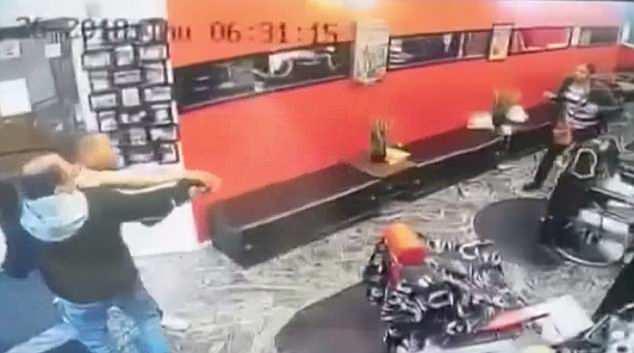 The entire assault was caught on camera which saw the pair struggling from one end of the shop to the other.

Jose Castillo, 66, could be seen bludgeoning the woman with the tool as she fought desperately to escape.

One of the shop’s owners, Angel Sierra, tried to intervene by attempting to drag Castillo away but he was simply too strong for him.

The man simply pushed him out of the way and began to attack his wife for a second time. 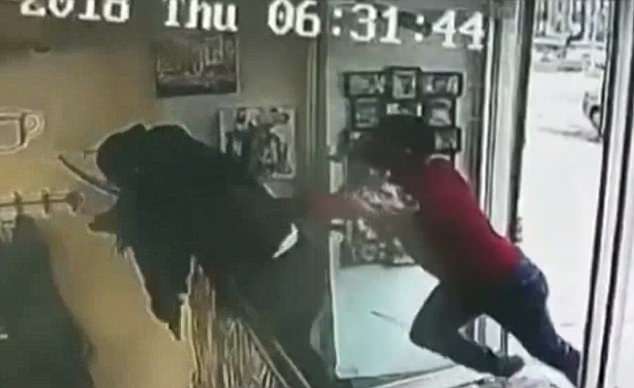 At one point, as the woman tried to escape she became trapped behind the glass door 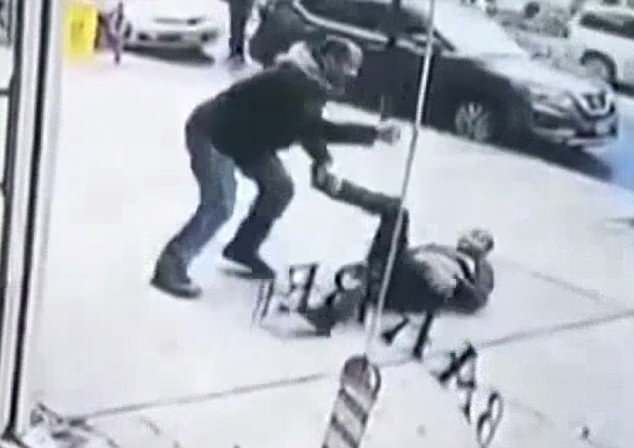 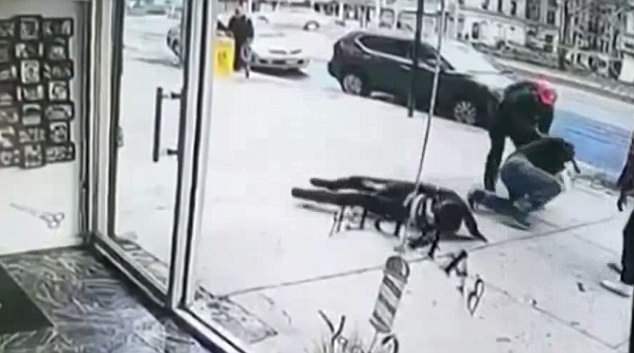 A passerby, in the red cap, saw what was going on and pulled the man away from his wife 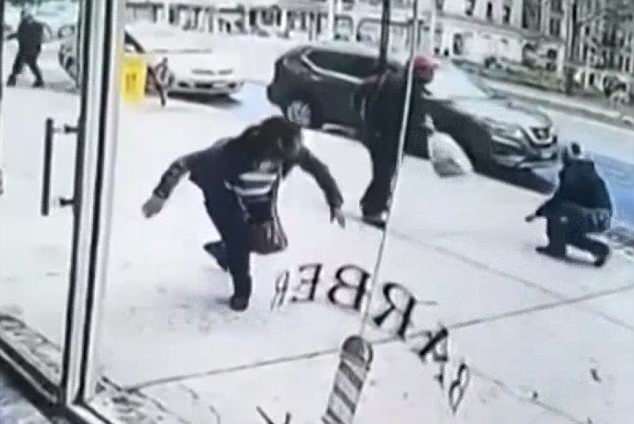 The woman struggled to get up after a few moments without being assaulted. She is now in hospital being treated for multiple stab wounds and is said to be in terrible shape

The woman almost managed to escape but in the panic ended up opening the door the wrong way leaving her trapped behind the glass and allowing the beating to continue.

By the time the assault ended up on the sidewalk the woman was on the floor and a passerby also tried to stop the fight.

Police have arrested and charged Castillo with with attempted murder.

The store owner, Sierra, has been to visit the woman in hospital where she is recovering but says she is not doing well and is currently breathing through a tube.

The woman recently arrived from the Dominican Republic and had been working as a waitress.

She was taken to St. Luke’s Hospital and was treated for multiple lacerations and stab wounds.