THIS is the shocking moment a man leaps off a boat and lands on the back of the graceful whale shark.

The endangered animal then swims off with him the man, named in local media as Zaki Al-sabahy, clinging to its dorsal fin. 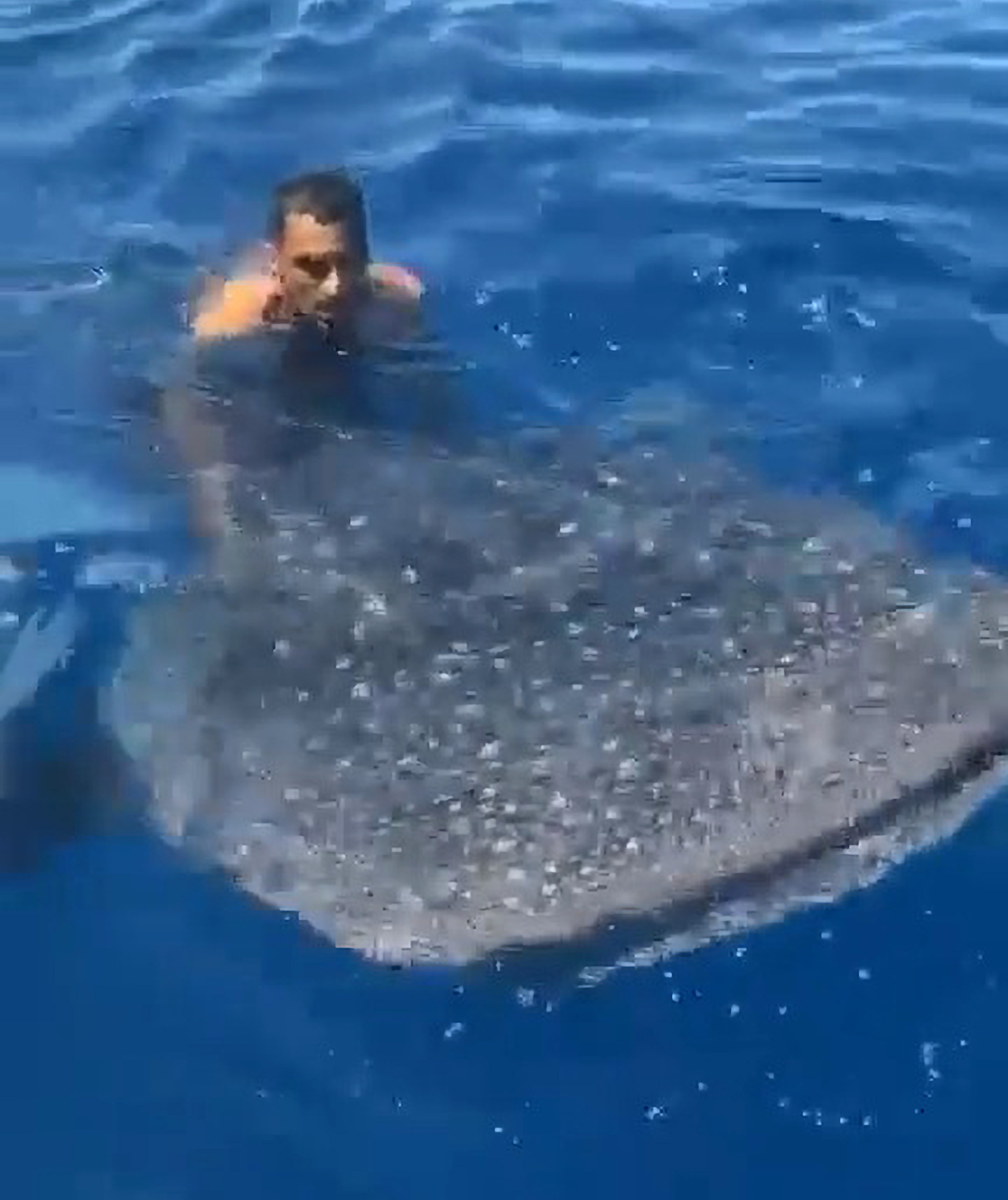 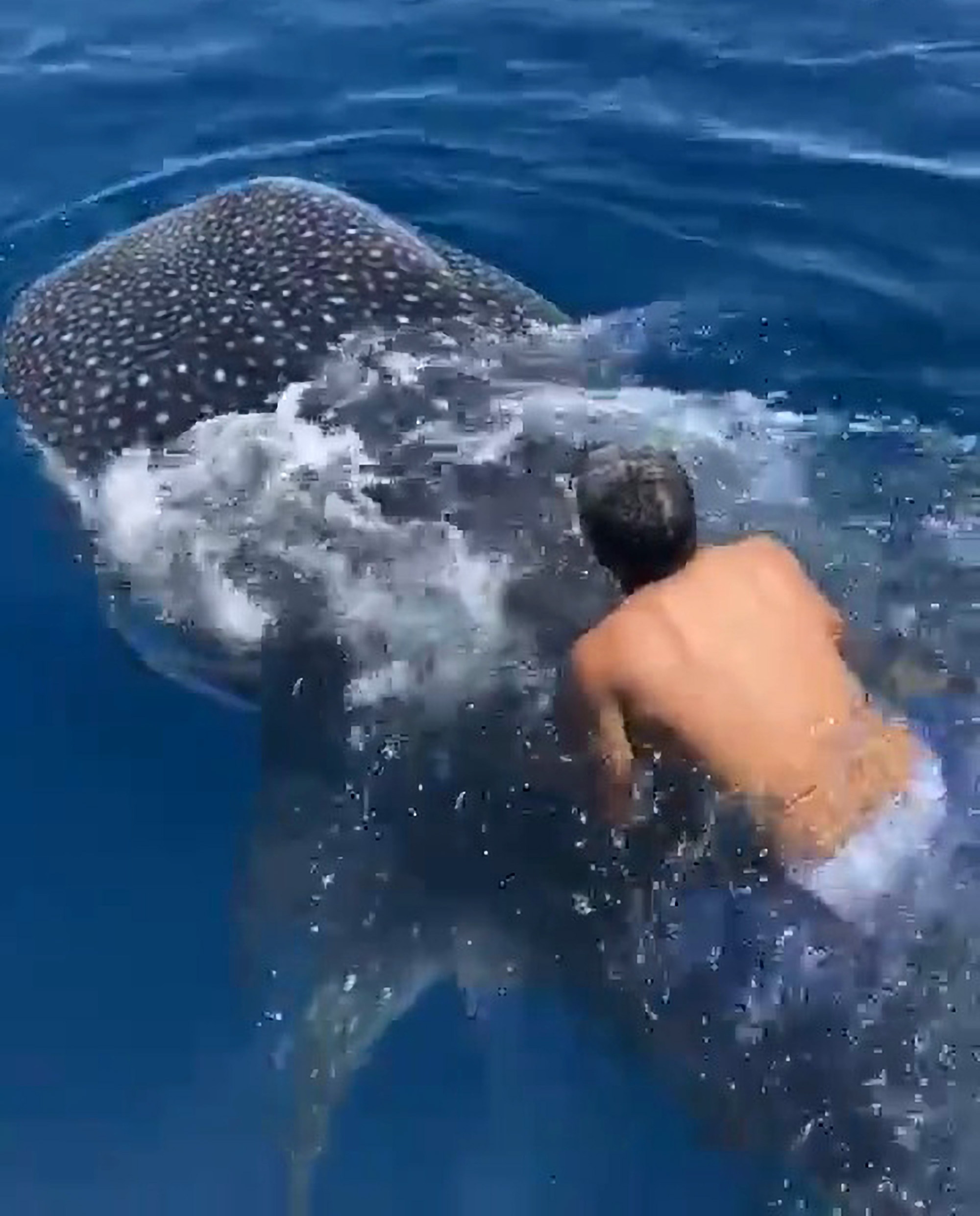 The footage shows the man on a boat slowly edging towards a pod of whale sharks .

As he nears one of the creatures swims slowly swimming below him, he jumps into the water and lands on the back of the plankton feeding giant.

Startled, it then speeds off as the man initially remains standing on the animals back before he then grabbing it by the fin as his friends then follow in the boat shouting and cheering.

One of the men can be heard shouting: "Careful, it can swallow you."

The footage was shot in the Red Sea, near Yanbu city, local media reported.

The Saudi authorities have made no comment on the incident.

The whale shark, the world's largest fish, is listed as 'endangered' on the International Union for Conservation of Nature's Red List. 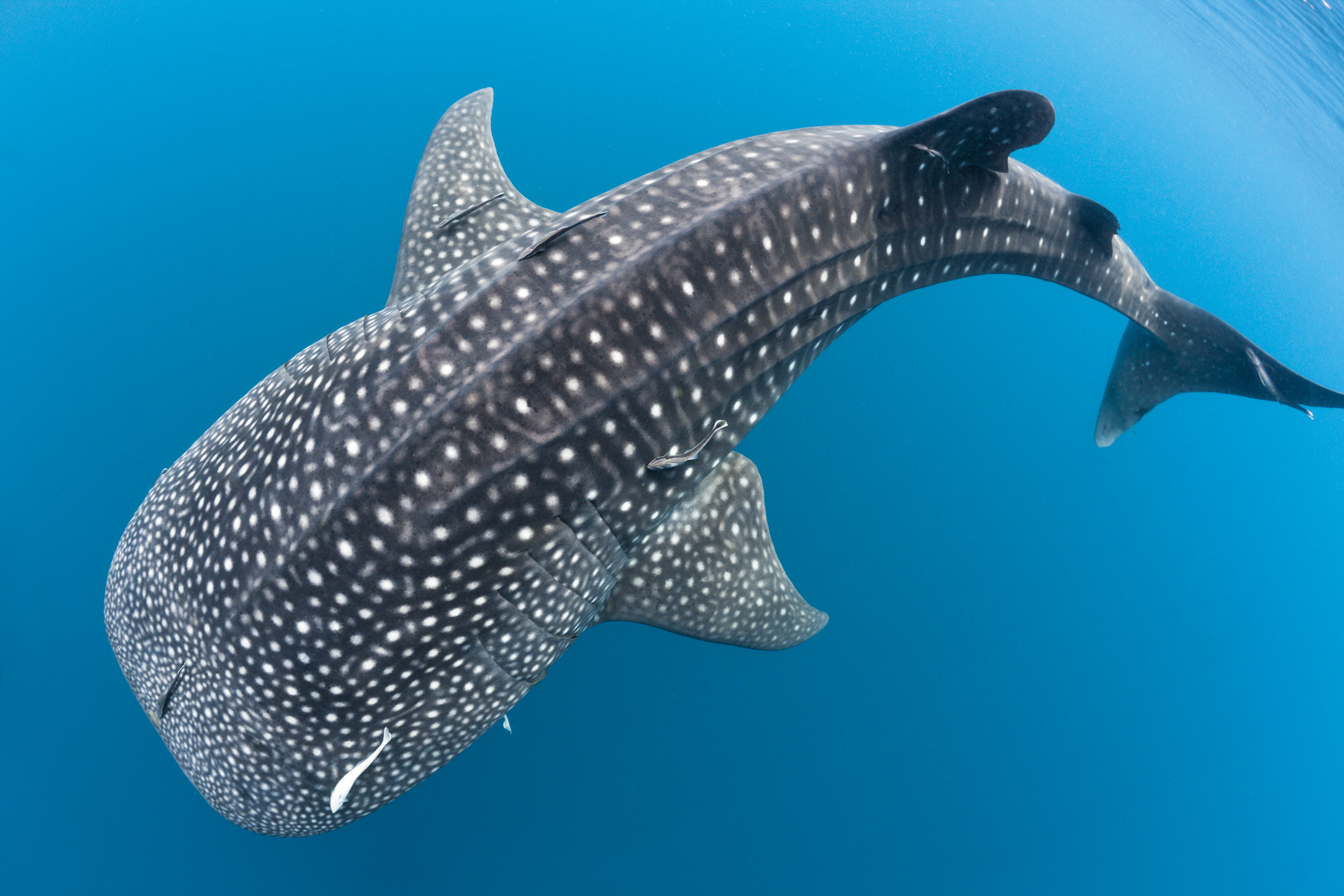 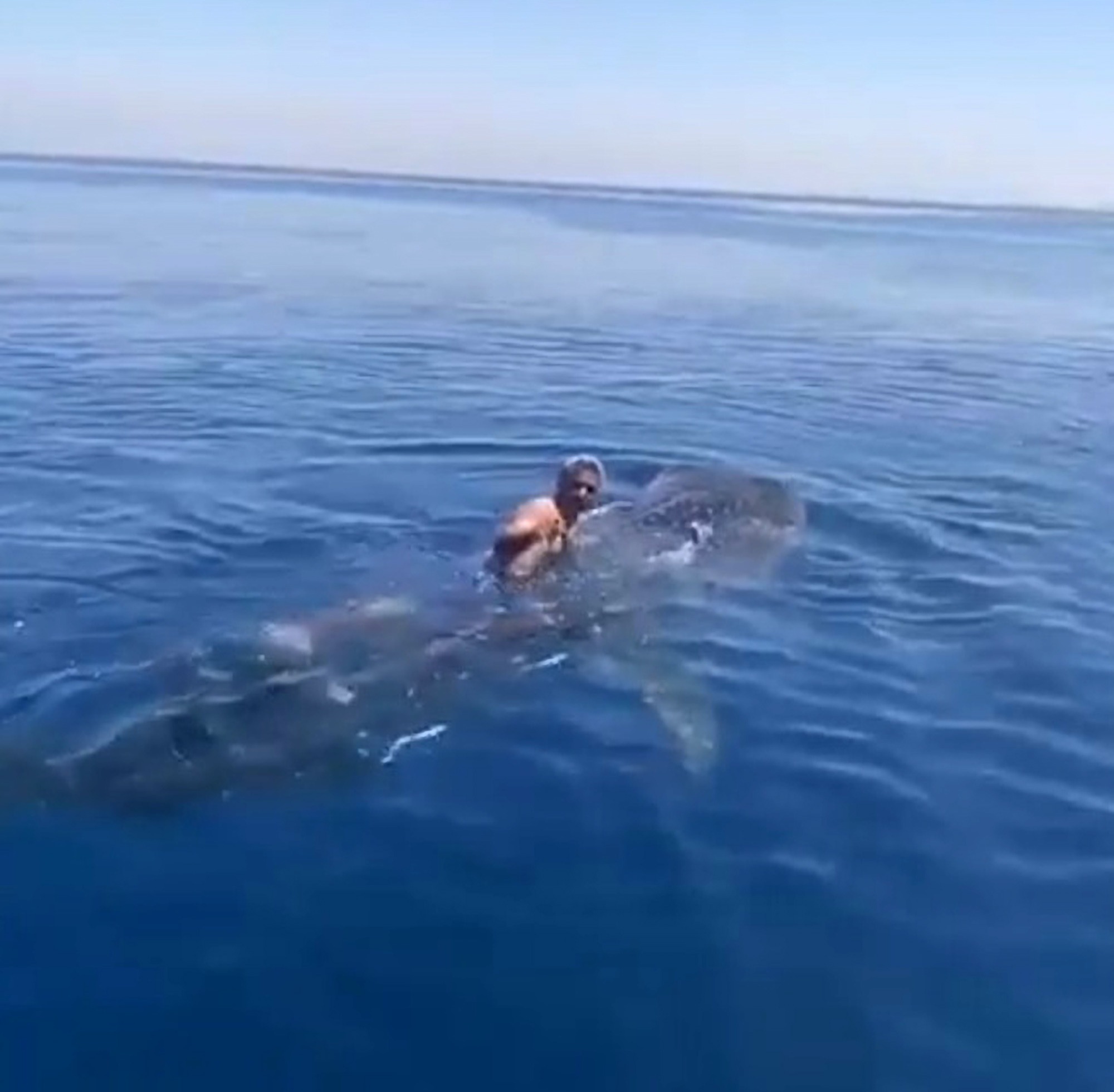 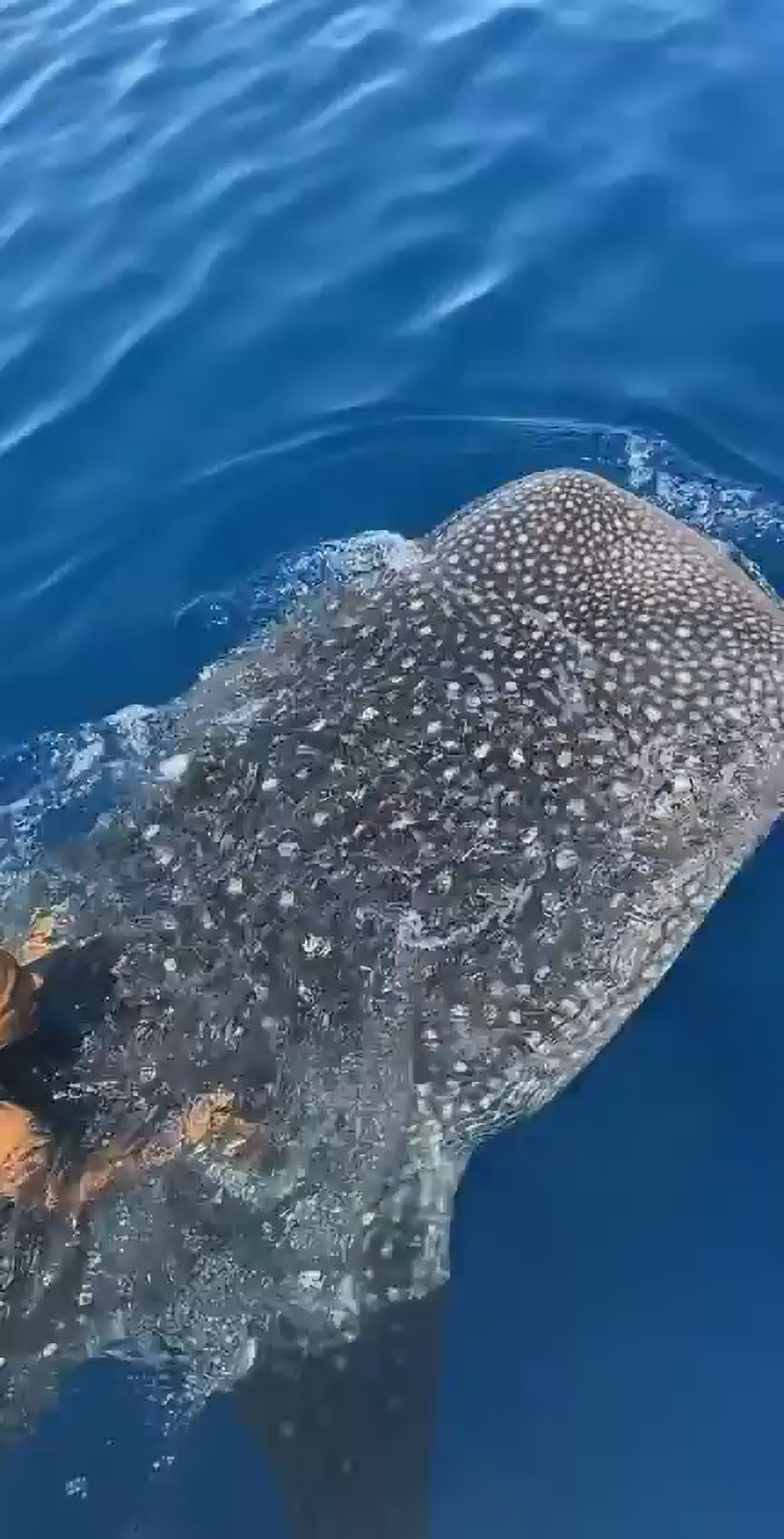