THIS is the shocking moment a man was dragged from the passenger door of a speeding car after a street brawl.

Police were called to Gibraltar Road in Halifax, West Yorkshire, at around 3pm on Tuesday afternoon following reports of fighting. 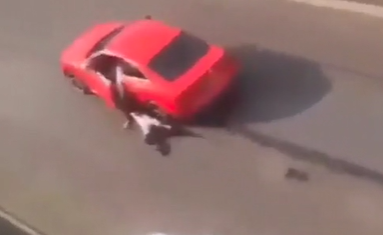 Footage shows a number of men trading blows after becoming involved in a row on the street at its junction with Hopwood Lane.

One of the attackers then jumps into a red Audi before driving away.

Some involved in the brawl can be seen wearing face masks as Britain battles the outbreak of coronavirus.

Video shared on social media then appears to show the fight continue at a second location as the passenger, dressed in a white hooded top, leans out of the door of the car.

He then grabs hold of one man as the car races away, dragging him more than 100 yards until the car disappears from view.

Shocked onlookers can be heard screaming as the man is pulled along the ground at high speed.

One person behind the camera can be heard saying "Oh my God" as the Audi races away.

West Yorkshire Police confirmed it was called to reports of fighting on Gibraltar Road on Tuesday afternoon.

It is not yet known if any arrests have been made. 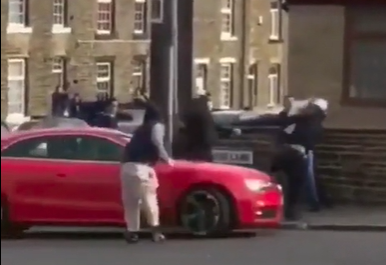 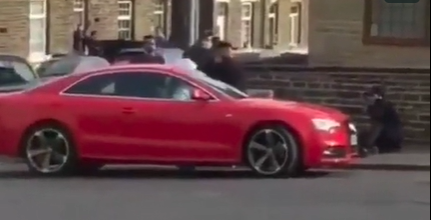 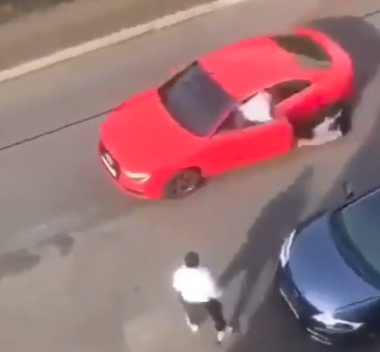 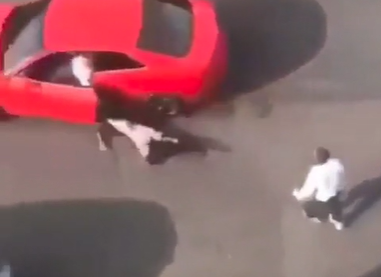