A plumber was caught on camera apparently sniffing a customer’s knickers when he should have been fixing a leak.

But despite the horrified woman calling the police who arrested the tradesman he has not been charged because he didn’t steal anything.

The 50-year-old victim, who lives in a one bedroom apartment near Wakefield, West Yorkshire, said:’I cannot believe it’s not an offence.’ 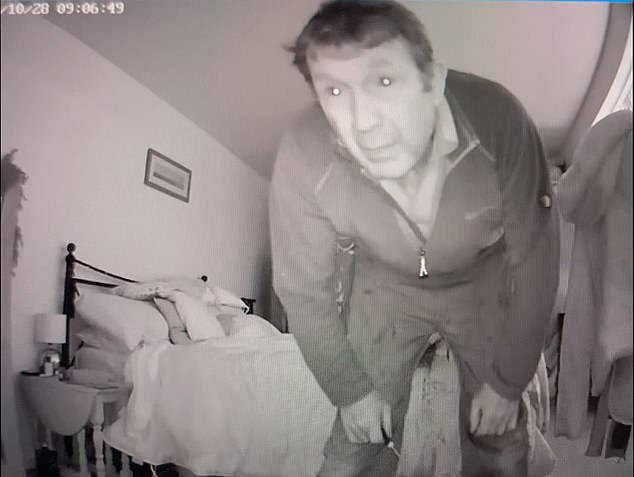 A 50-year-old woman spotted a plumber hired to fix a shower in her home in Wakefield, West Yorkshire, when she received an alert from her hidden CCTV security system that recorded the man apparently rummaging around her bedroom 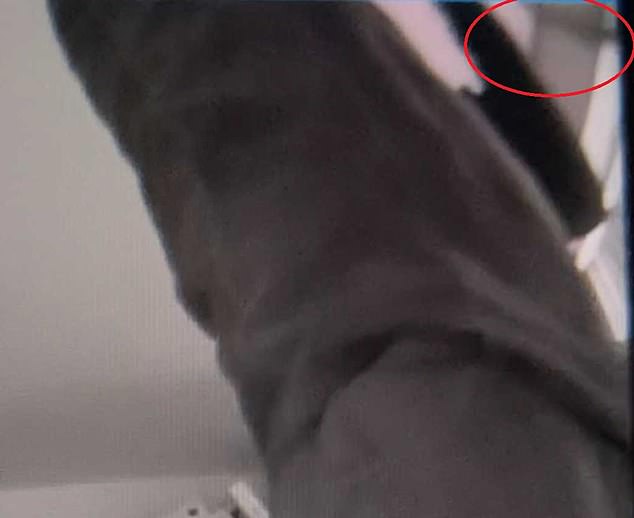 At one point in the video, the man can be seen apparently sniffing the woman’s underwear after rifling through her lingerie drawer

The woman, who lives alone in the rented flat, bought a security camera from Amazon and fitted it in her bedroom after she was advised that is where most burglars search.

When her shower, which is in the bathroom, began leaking into the apartment downstairs she called her landlady who organised for a plumber to come and fix it on October 28.

The woman, who runs a recording studio, works late nights and was annoyed when the plumber arrived at 8am, when he had been told to come much later.

She sent him away to come back half and hour later when she’d had time to get dressed for work and on his return he entered with his tool box.

‘He went straight towards my bedroom door, which was closed, ignoring the open door to the bathroom,’ said the woman.

Before she left for work she apologised for making him wait and then she left him alone in the apartment.

She added: ‘I trusted him. After leaving I popped to the local supermarket and when I was in the car park my mobile phone pinged to alert me that the security camera in my bedroom, which has a motion sensor, had been activated.

‘I took a look at the live feed and spotted the plumber was in one of my underwear drawers.

‘I hadn’t been gone more than 20 minutes and he hadn’t even started work on the leaky shower before he had started going through my bedroom. It was only 9.30am.

‘I felt sick to the stomach. I am a really private person and I was devastated and shocked.’

She called the police and met them back at her flat.

‘Police arrested him on suspicion of burglary,’ said the woman, who has been too scared to watch the full security camera footage which shows the plumber searching in cupboard drawers, going through her clothes, and apparently sniffing her underwear. 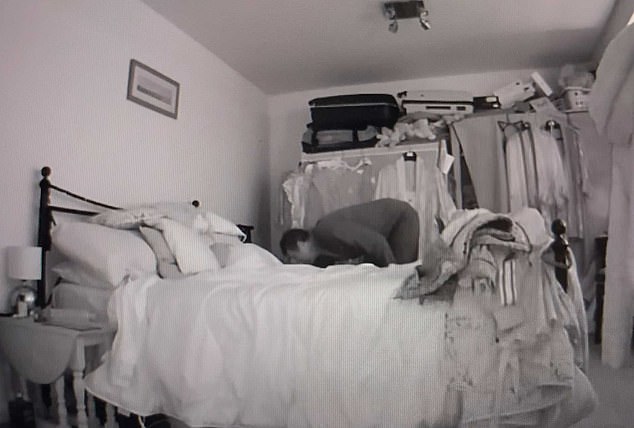 He also checked under the woman’s bed, thinking he would not be seen as the woman, who lives alone, had gone out

She said: ‘The officers did not search his tool box or his car,’ she said.

When officers returned at 7pm that same day they told the woman he could not be charged with burglary.

‘The police woman said that he thought I was a whore because I had referred to my clients. But, what gives him the right to go through my things. I was disgusted.’

Her landlady had to employ another plumber to fix the leaky shower, which the first had failed to even start working on.

‘I’m now too scared to sleep in my bedroom and I dare not walk to the shops, I have been shocked to the core,’ she said.

‘I have caught him red-handed on my camera going through personal items and sniffing my knickers.’

A spokesperson for West Yorkshire Police told MailOnline: ‘Police attended an address in Wakefield following a report of suspicious circumstances and arrested a man on suspicion of burglary.

‘He was released following an investigation which established that no items had been stolen and no criminal offence had been committed.

‘The complainant has been referred to partner agencies for further support.’