This is the shocking moment a group of balaclava-clad thugs battered rivals in the middle of the street with a baseball bat, with one brandishing a knife.

Traffic ground to a halt as the gang repeatedly pummelled and kicked their victims in Moseley, Birmingham, with the targeted men fighting back.

Shocked witnesses watched as one victim managed to floor an attacker and even pulled one of their masks off as they beat him on the ground.

Despite suffering multiple blows, including several from the bat, he was able to get back up and chase his assailants.

Another victim appeared to be bundled to the ground as passers-by intervened.

It is unknown what triggered the fierce brawl, but it appears to have been a planned attack. 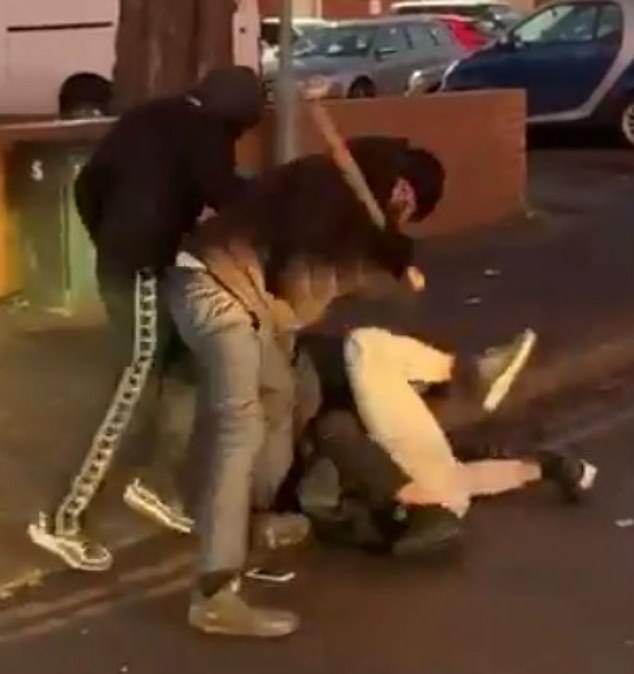 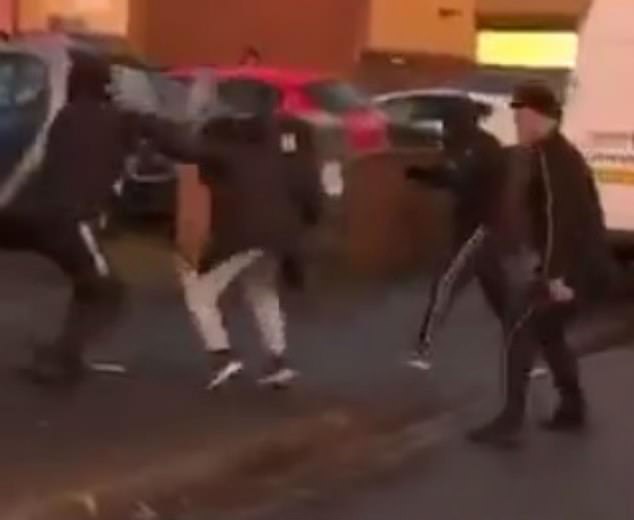 It is unclear what sparked the brawl, but it appeared to be planned, with balaclava-wearing thugs attacking unmasked men

Mobile phone footage of the assault – filmed by a passing driver – emerged on social media last night and has been viewed more than 6,000 times.

It shows unarmed young men desperately trying to defend themselves against four masked thugs – one of them wielding a bat.

One victim floors one of his attackers with a single punch before another clubs him over the head with the bat. 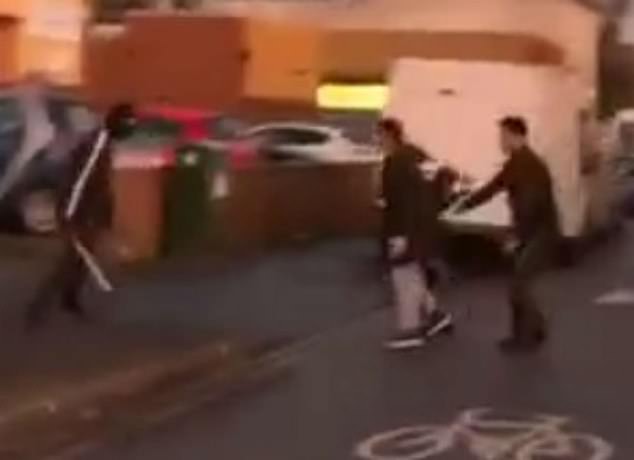 Some of the victims fought back in the shocking footage, though they appeared to be outnumbered 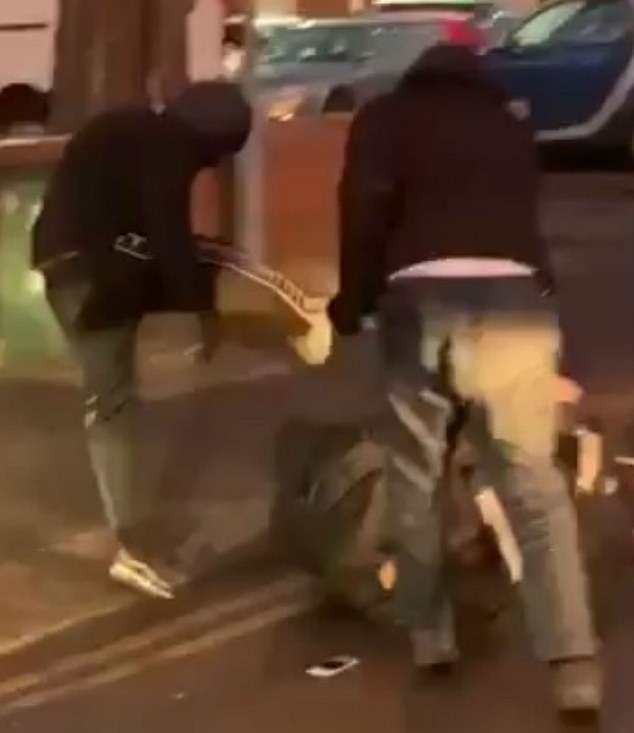 As one man struggled on the floor, the masked thugs rained down vicious kicks on him

He responds by knocking the armed yob to the ground, also falling,  and the pair wrestle on the pavement as another thug picks up the bat and pummels the victim with it.

But as the blows rain down he continues to fight back and manages to unmask one of the attackers before springing back to his feet.

He then rushes to defend his friend as he comes under attack and the thugs eventually run away.

Pockets of fighting are still taking place as the video ends.

A West Midlands Police spokeswoman said: ‘We are aware of a video circulating of a disorder involving baseball bats which is believed to be in Balsall Heath. We have not yet received any official complaints in relation to this incident.

‘There will be an increased police presence around the area today to offer reassurance to our community and anyone with information can contact us via Live Chat at west-midlands.police.uk between 8am and midnight, call 101 anytime or contact Crimestoppers anonymously on 0800 555 111.’