Jennifer Katherine screamed after realising she rode into the Windsor Triathlon route on Sunday at around 9am. 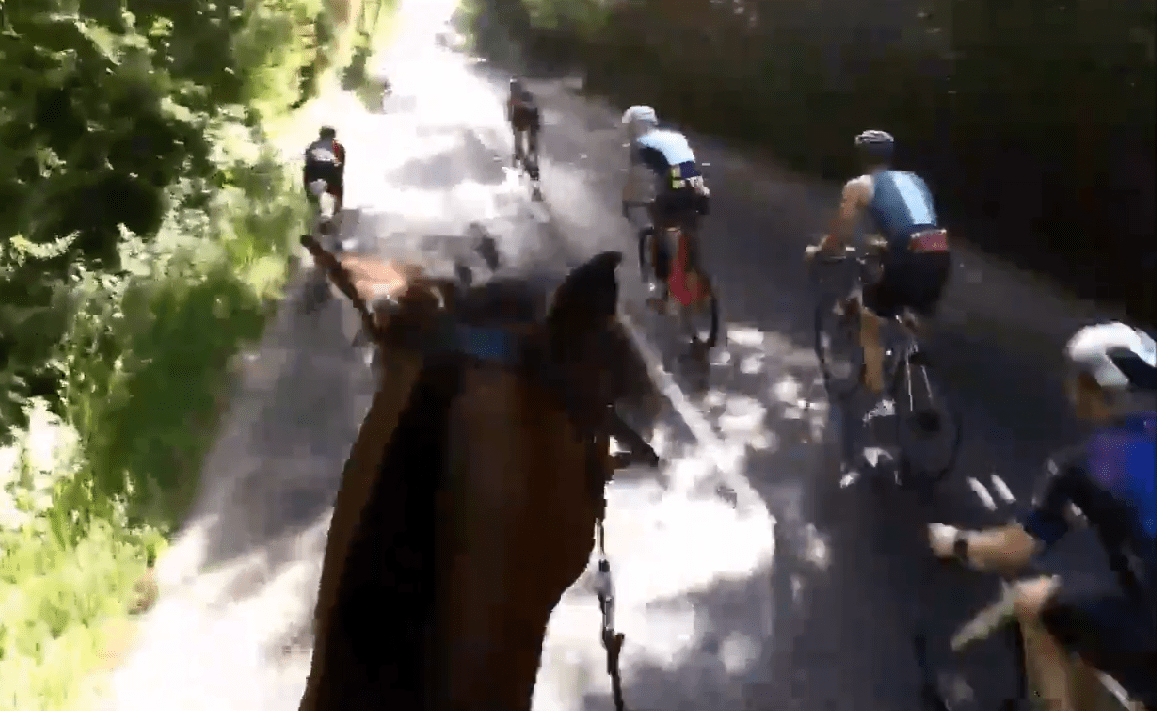 Footage filmed on her headcam shows a cyclist narrowly overtaking her and clipping her horse.

The animal began to "rear and bolt" with Jennifer screaming "oh my f***ing God".

The cyclist is filmed pedalling on, and Jennifer claimed the rider turned back to give her the "middle finger".

Organisers Human Race Events have now launched an investigation and said anyone found responsible would be disqualified. 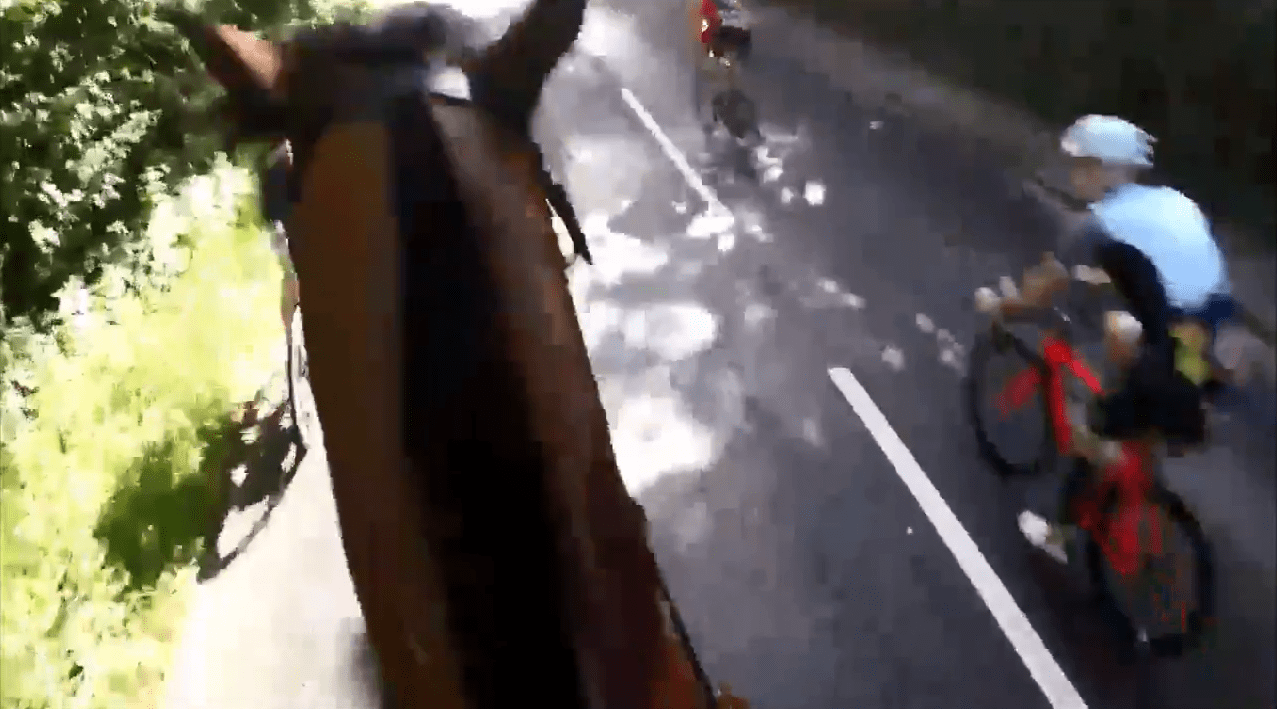 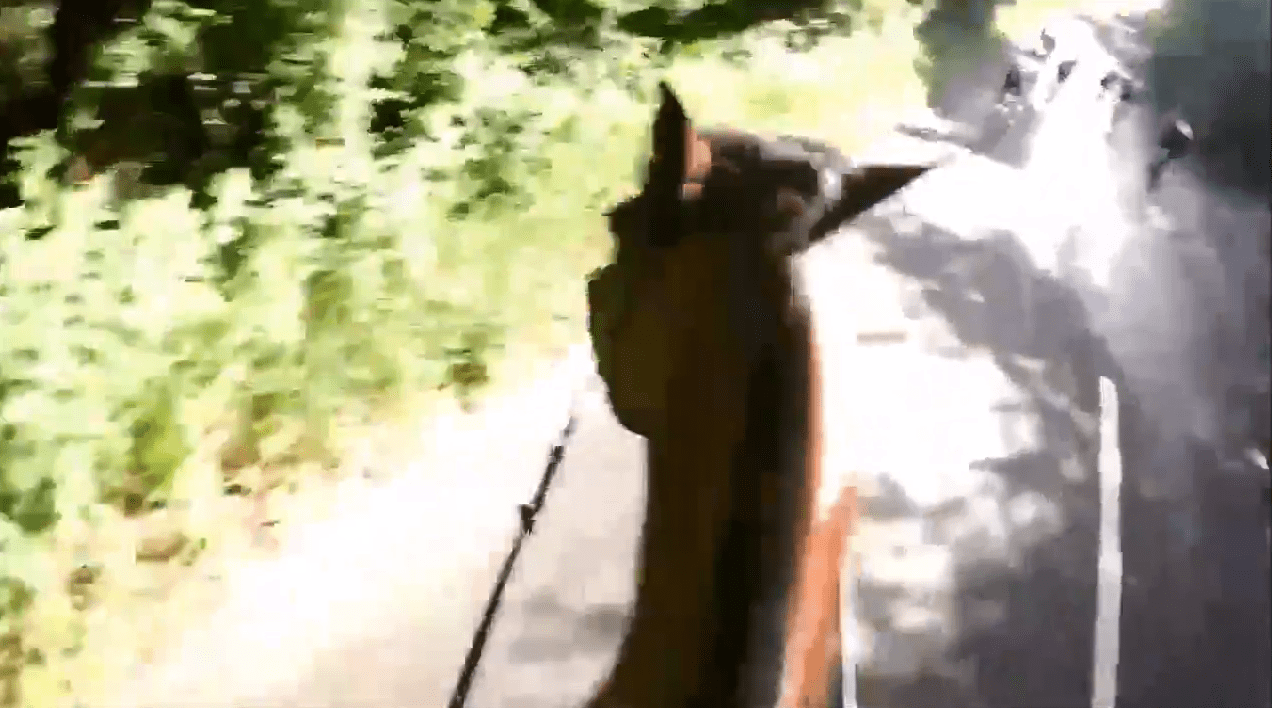 Jeremy Vine, a keen cyclist shared the footage on Twitter, claiming he was "appalled" by the incident.

Jennifer, who claimed both her and the horse were wearing hi-vis garments at the time, said: "The cyclist smashes along the side of my horse, taking my stirrup in the handlebars and bruising up my ankle.

"My horse rears and bolts forward, taking off one of his back shoes."

She claimed she wasn't even aware of the event, which starts and finishes near Windsor Castle.

The rider added: "No-one stopped to see if I or the horse was OK after this hit.

"I'm still in shock and feeling very sore along one side of my ankle."

Her video has since been viewed more than three million times and shared by 37,000 people.

Thousands have also commented on the clip to show their support for Jennifer. 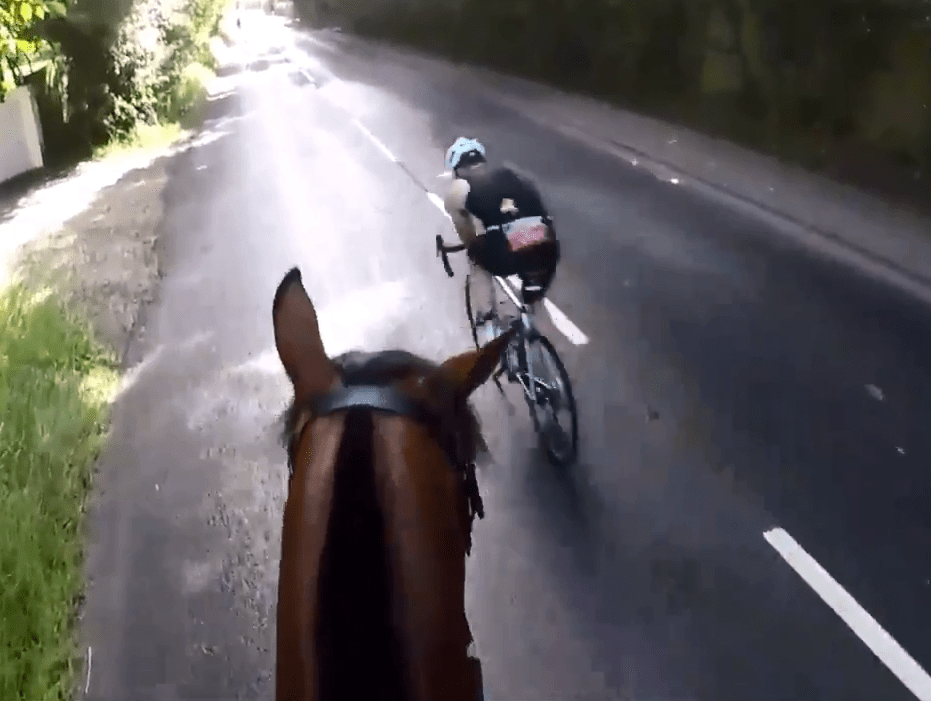 One said: "That is absolutely disgraceful and disgusting behaviour and cyclists complain about car drivers then go on like this and wonder why people dislike them for their atrocious riding and down right dangerous manoeuvres. I hope the individuals involved are caught and dealt with appropriately".

Another wrote: "I hope they get the idiot. Some cyclists think they own the bloody road and don't give a monkeys to their surroundings, I hope you feel better today.x".

While one wrote: "OMG how very dangerous as your horse cud have been so spooked he may have reared and thrown you and you would have had much more than a bruised ankle!"

The Windsor Triathlon has been running for 28 years.

Human Race Events tweeted: "We are currently investigating an incident at the Windsor Triathlon involving a group of cyclists and a horse rider.

"We are taking this very seriously. Riders will be identified and disqualified from all Human Race Events. All riders are briefed to follow the Highway Code."

It added: "We do not condone dangerous cycling of any kind. We sincerely apologise to the individual affected."