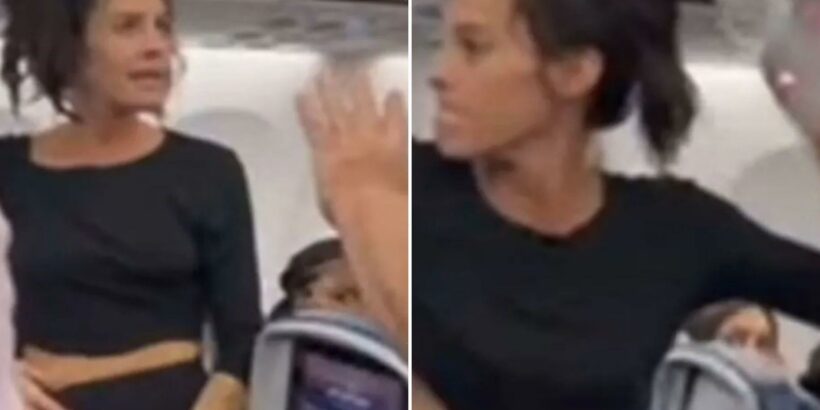 SHOCKING footage shows the moment a woman attacks a passenger during a flight after she was asked to take her dog from her lap.

The dramatic clip shows the woman arguing with a flight attendant before throwing a water bottle at another passenger, on a plane heading to New York from Atlanta. 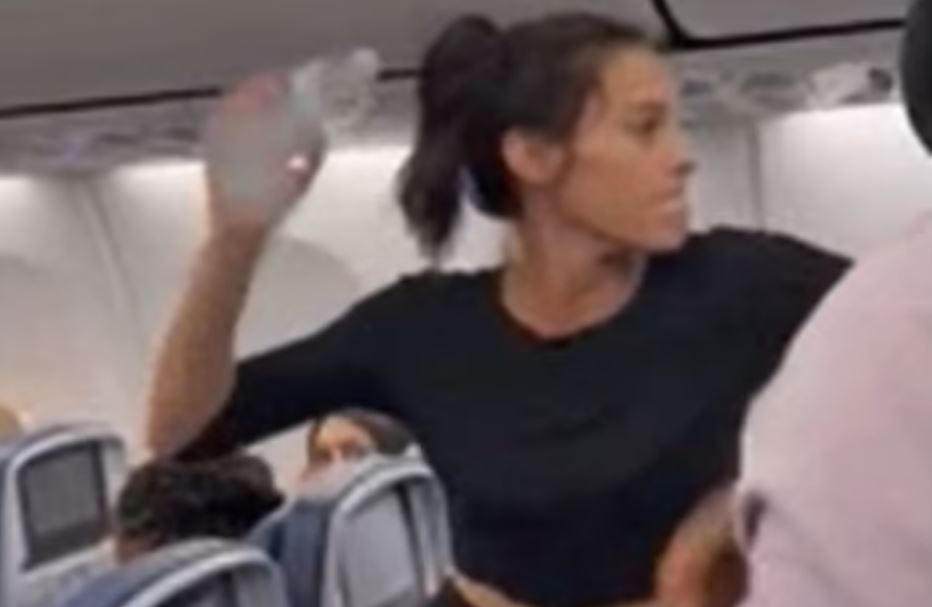 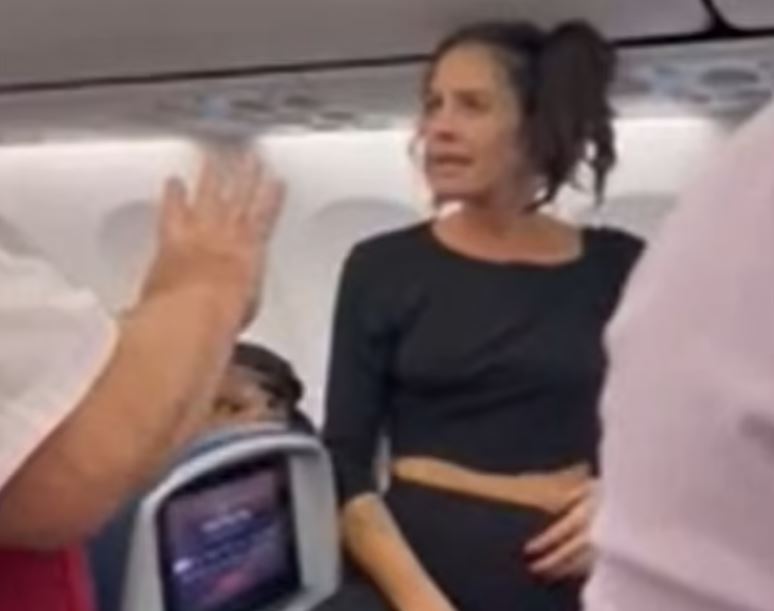 It appears the woman became furious when she was kicked off the flight after she refused to remove her dog from her lap.

The video, shared on Reddit, shows the fuming woman shouting at passengers and flight crew after she was asked to leave the plane.

As the flight attendant tried to remove her from the flight she can be can be heard saying: "Oh no, no, honey we are about to fight then.

A very calm flight attendant offers the woman a refund for her ticket as she keeps shouting and insisting she followed the rules.

Meanwhile, other passengers can be heard urging her to get off the plane.

Perrie Edwards holds her outfit together as she leaves awards bash

Which M&S stores are closing and how many job losses will there be?

She then proceeds to pack her belongings as a passenger from the back shouts  "Get off the plane."

The woman then realizes someone has been filming her interaction with the flight crew and she screams: "I am! Shut the f***" before throwing a water bottle towards the person filming.

"Why is she recording me" she tells another flight attendant only to receive the response: "Anyone can record anything. You just struck a passenger with a bottle."

The woman becomes even more furious as the flight attendant asks her to "calm down".

He later says "Nobody acting this way flies on a flight with us."

It remains unclear in which airline the incident took place.

Hartsfield-Jackson Atlanta International Airport has been contacted for a comment.

The footage receive hundreds of comments with Redditors suggesting the woman attacked another passenger on her way out.

Another one wrote: "Looks like she tried to hit another person's phone out of their hand on the way off the plane, at the end of the video too."

Someone added: "Nothing this interesting ever happens on my flights."

And someone said: "I've taken my Yorkie-mix dog on numerous trips.

"Although I'm frustrated that he can't sit on my lap, I don't go against the rules.

"I'd prefer to spend a few hours in the air with my dog on the floor than to be asked to leave and be banned from their airline."