The footage shot in an undisclosed location starts with an almighty crash as the two vehicles come together. 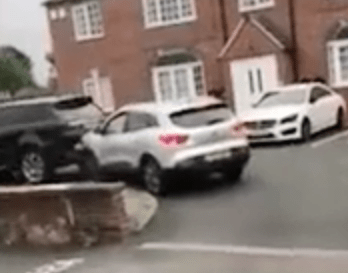 "No way!" the man filming the video yells as the woman, believed to be his girlfriend, starts reversing the silver Renault out of the car park.

"Has she done it?" his shocked pal asks, to which he replies: "Yeah… But it's all right."

The warning lights and alarm on the black, expensive-looking 4×4 then start to go off in residential area.

Unsatisfied with damaging the man's, the woman decides to stop and yell at him too. 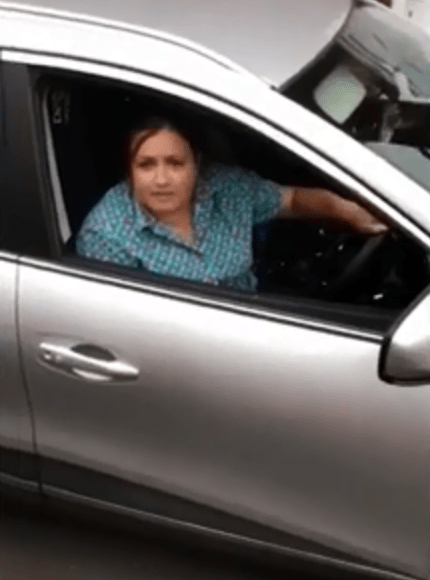 Wearing a patterned blue top, she drives next to where he is filming and rolls down the window.

After a brief expletive-filled exchange, she yells: "Ring the police, I ain't bothered."

The video was uploaded onto the Facebook group, Idiot UK Drivers Exposed.