The Yodel driver is seen manhandling the two packages containing £450 worth of china and porcelain goods in Bradford. 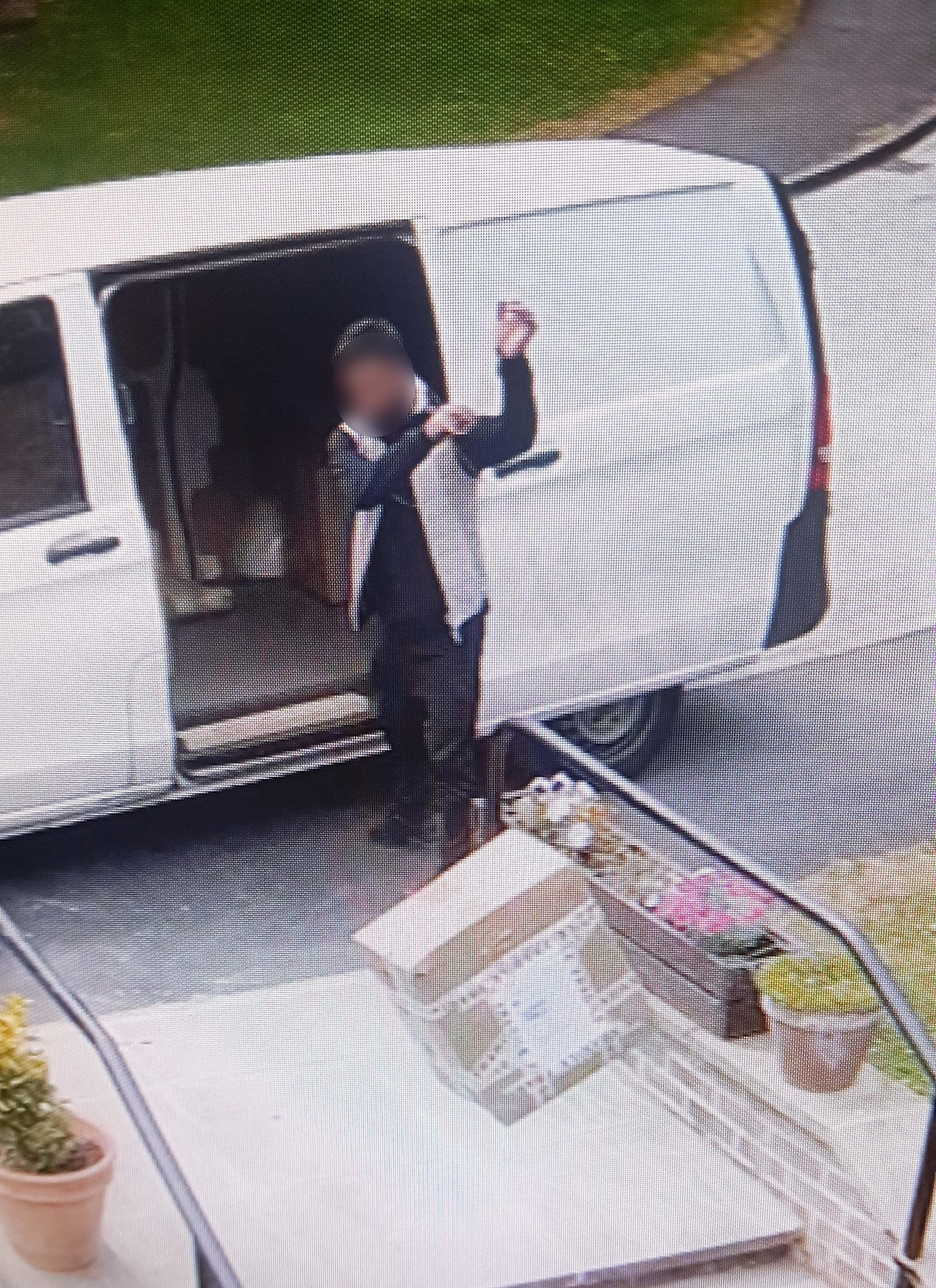 But when the courier is caught out by the furious buyer Patrick Duffy he starts carefully piling the packages at the top of the steps before carrying them down.

The driver’s employer Yodel says it has apologised to Patrick and has taken "appropriate action" following the incident.

Patrick, from Bradford in West Yorkshire, said: “I’d spent about £450 on antiques from eBay.

“It was absolutely disgusting. I watched as he took the boxes out of the back and threw them down the flight of 12 stairs without any care. 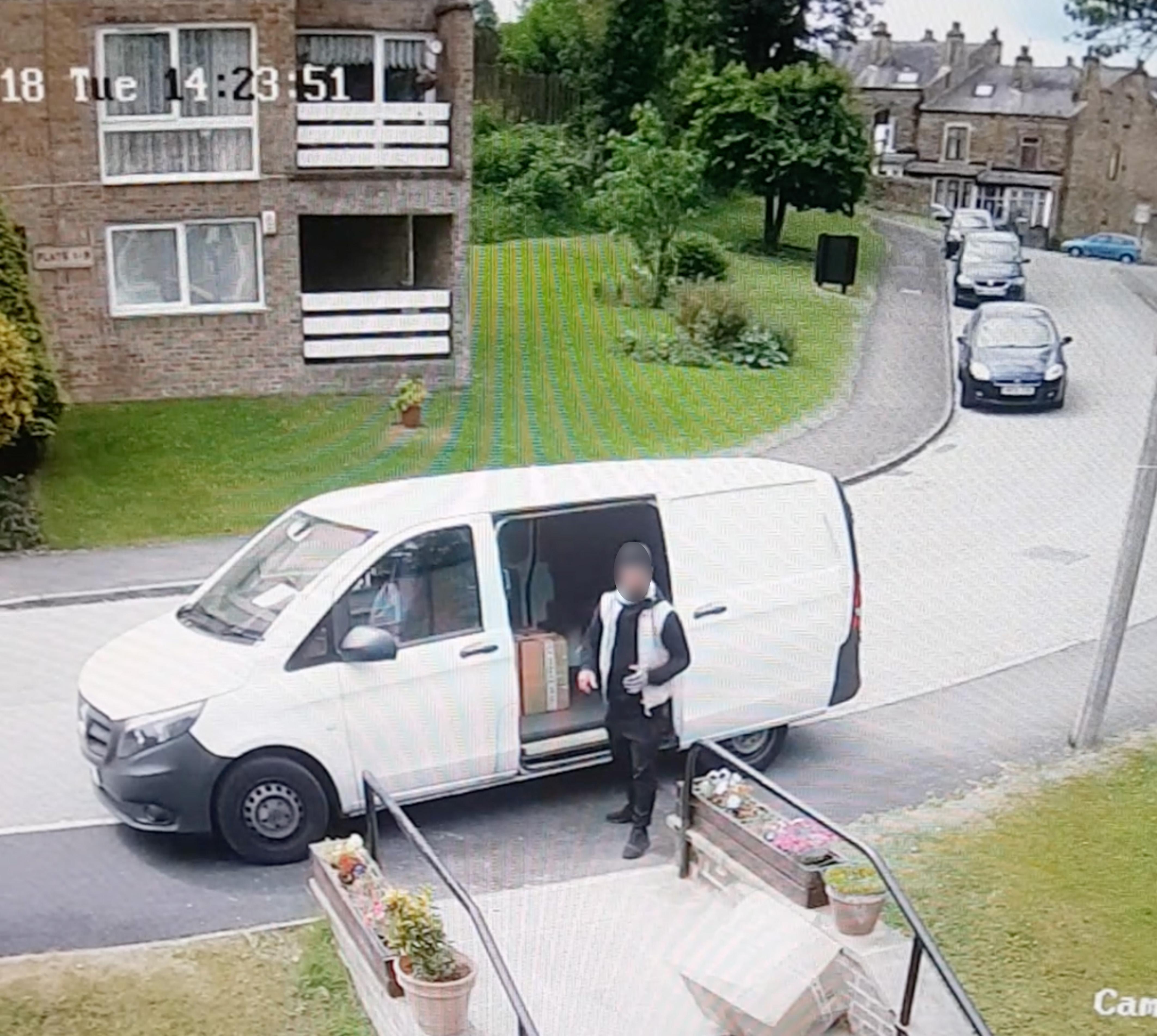 “They were china and porcelain ornaments and they are very fragile.

“I’m a live-in caretaker for a block of flats and was working on a garden nearby when I saw the van pull up and the man start throwing the packages.

“I shouted at him and ran over to check the boxes at the bottom of the steps. I was worried that the antiques I’d bought were going to be all smashed.

“I got the impression he knew straight away what he’d done when I shouted him to stop. The only reason he stopped throwing them was because he saw me.

“He just said ‘open them and if there’s any damage I’ll take them back.’ I refused to let him take anything back and instead contacted Yodel myself.” 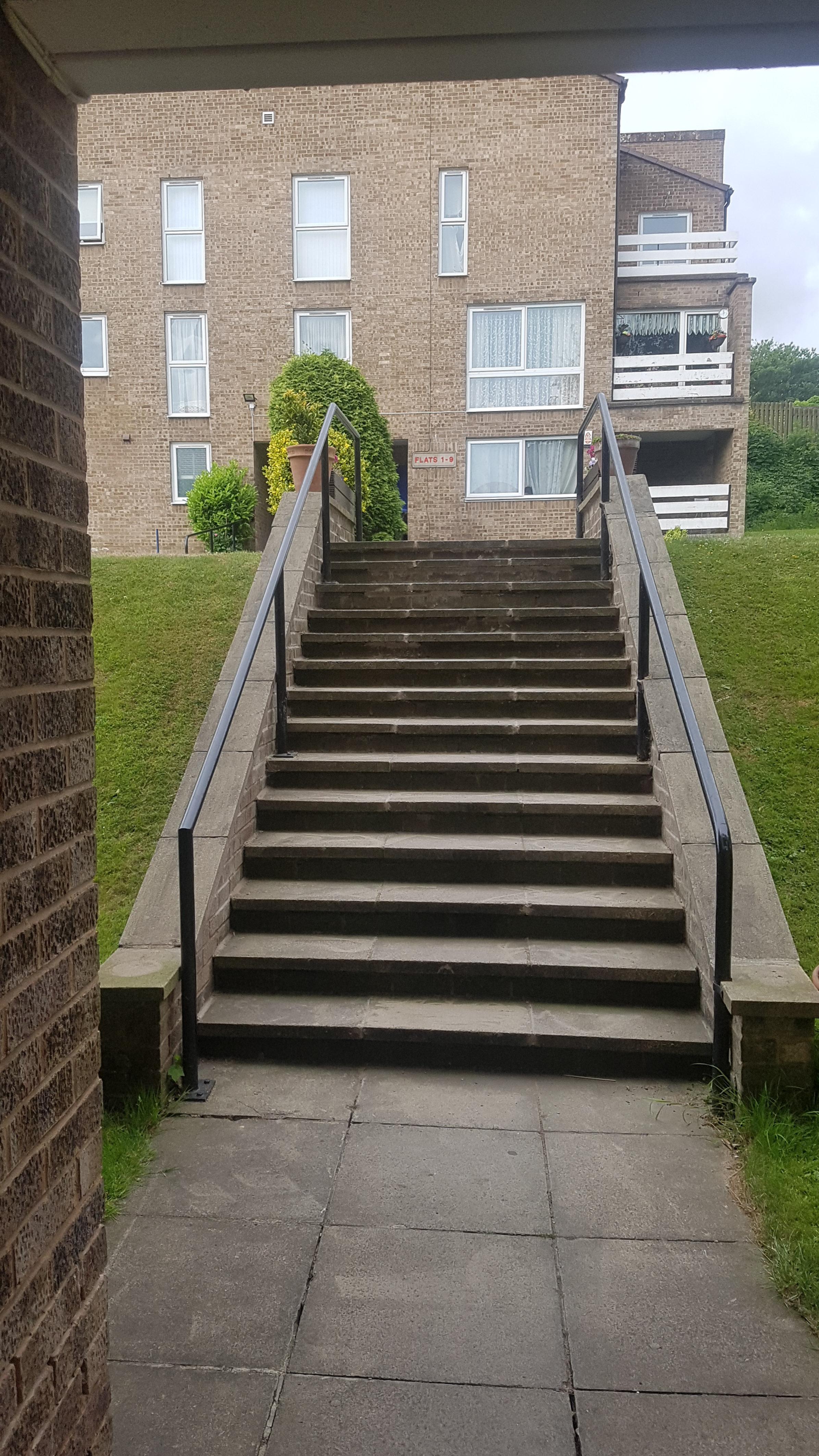 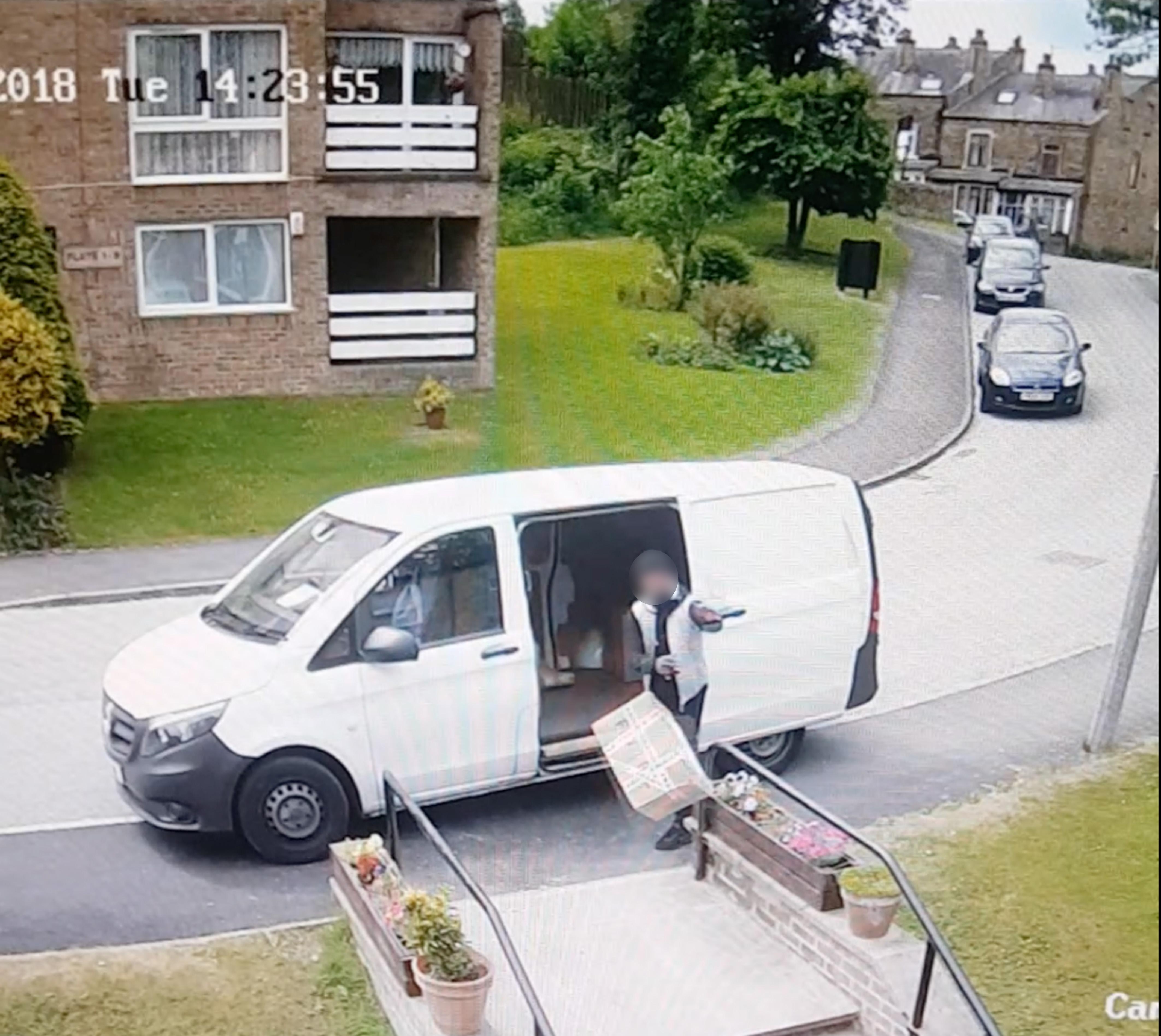 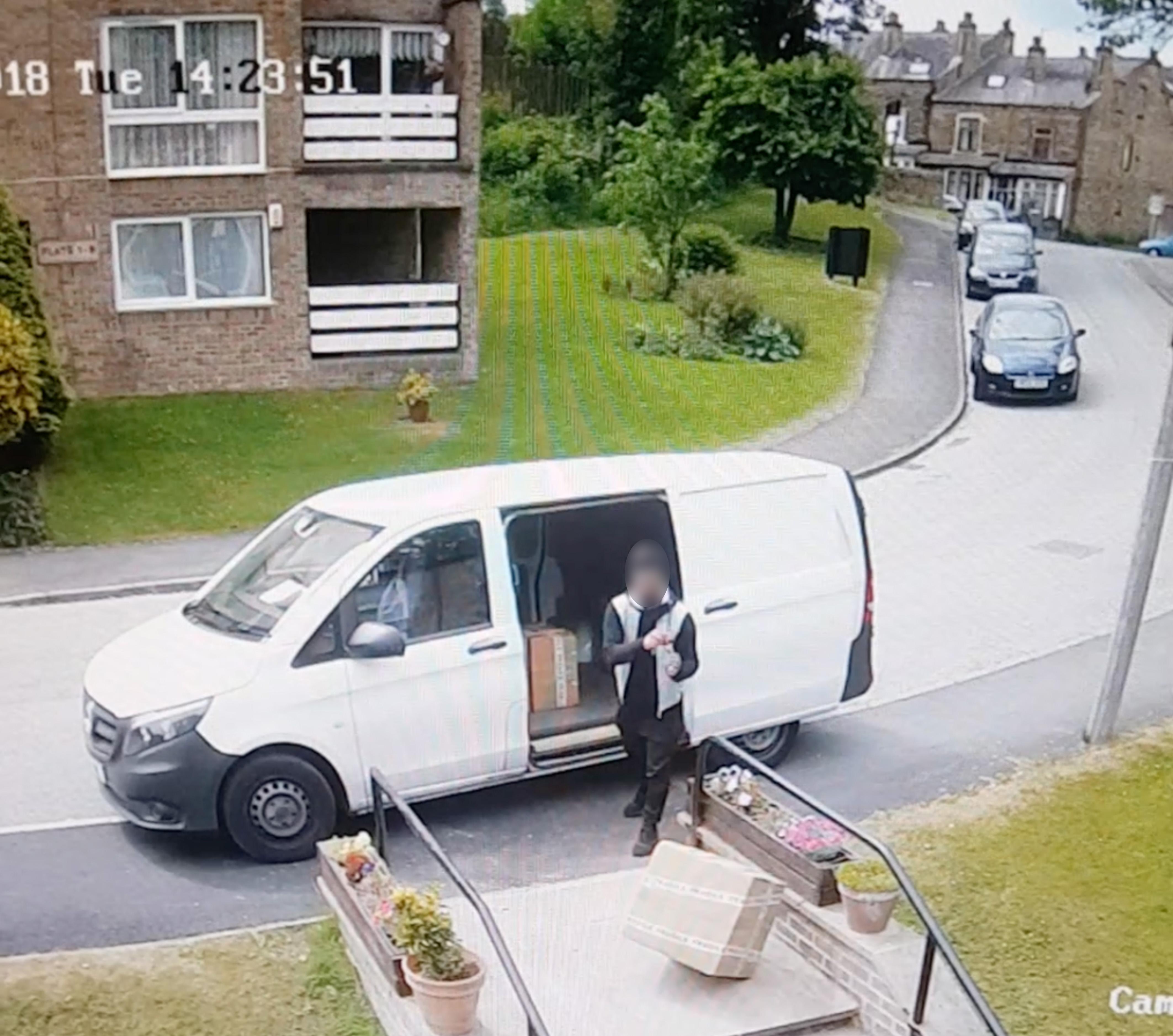 The 68-year-old caretaker had decided to rent a cabinet from his friend’s antique store in Bingley, West Yorks, and feared his items would be destroyed in seconds.

One of the items, an antique coal shuttle that he had paid £15 for and planned to refurbish, was shattered across the top.

Patrick said: “A friend of mine has opened an antique shop and I’d decided to rent a cabinet from him to make some money.

“One thing was damaged but fortunately it wasn’t one of the more expensive items I’d bought, it could have been worse.

“The driver admitted he knew he shouldn’t have been doing it and it could have caused much more damage.

“Yodel called to apologise and say that he would not be working for them again.”

A Yodel spokesperson said: “We have contacted Mr Duffy to apologise and offered a gift voucher as a gesture of goodwill.

“The safe delivery of parcels is our absolute priority and we are disappointed to see this driver breaking our strict protocols.

“This behaviour clearly does not meet the high standards we expect from our colleagues and appropriate action has been taken.”