The wheelchair user was hired by the 77-year-old's family to live with him after he suffered a stroke in north-east China. 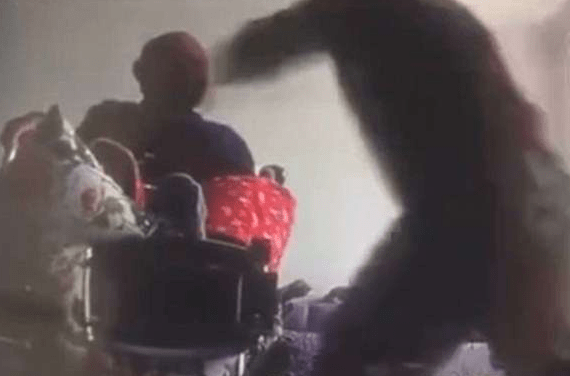 The pensioner, known by his surname Zhang, lives by himself in the Ganjingzi district of Dalian in Liaoning Province.

His children discovered he was slapped 57 TIMES in the space of three-and-a-half hours on the morning of April 10.

"We couldn't bear viewing the footage. We had to ask a colleague to watch it for us. We cried every time when we tried to watch it," the pensioner's daughter told The Peninsula Morning Post 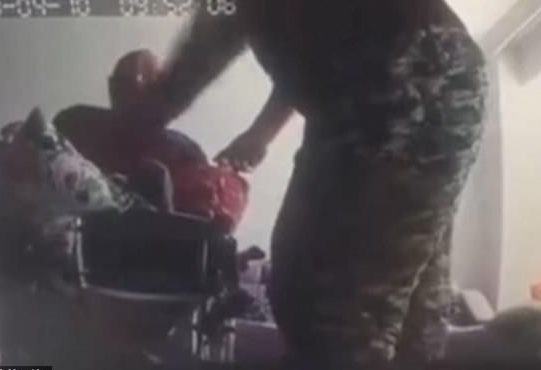 The pensioner's son explained to the paper that he and his sister have to work long hours, so they decided to leave their father to a home carer.

The carer, a 55-year-old Mr Qiu, had been working for the family for eight months.

The carer was sacked by the family on April 11. The pensioner's children have reported the case to the police who are now investigating.

Mr Zhang's son said he hoped the carer could apologise to his father for what he had done, but he had failed to contact him by phone.