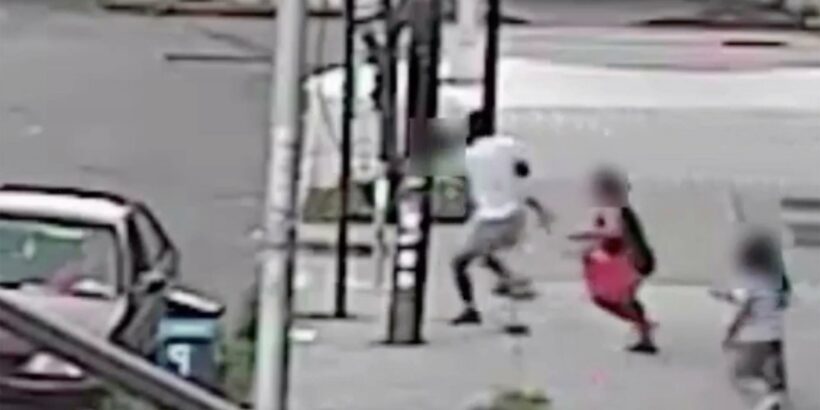 Wife on Mars: Woman claims she’s dating an alien, fed up with Earthmen

A shocking new video shows the moment a creep tried to snatch a 5-year-old boy off a Queens sidewalk as the child walked with his mother and siblings, cops say.

The horrifying incident unfolded just before 8:45 p.m. Thursday near Myrtle and Hillside avenues in Richmond Hill, after an older model maroon sedan pulled up alongside the mother and her three kids, cops said.

An unknown man jumped out of the driver’s seat, ran up to the little boy and grabbed him and shoved him into the back seat of the vehicle, the chilling footage shows.

The mother frantically ran over to the car and pulled the boy out through an open window before the vehicle sped off, the video shows.

Cops said there was another unknown man in the passenger seat during the terrifying incident.

Sources said the mother and her kids were heading to her husband’s job to bring him food when the near-abduction occurred.

Police released photos of the suspects Friday, asking for the public’s help to track down the men.